Project Life Jacket tells the story of nine Syrian refugees, who, after fleeing across the Mediterranean, were stuck in Greek Transit camps. Their stories have been illustrated on a unique and symbolic canvas – real, used life jackets found on the beaches of Greece. The goal of the project is to put the topic back on the agenda of politicians, the media and the European public with this unique expression of their true stories. The people behind Project Lifejacket want you to see these people not as ‘refugees‘, but as people with jobs, hobbies and dreams. With the real lives they had before they were forced to flee. Abdel is multitalented. He was the captain of his football team in the second highest league and was feared for his wide passes from midfield – just like Iniesta, the player he so admires. Chess was his second passion after football. He was also taken with all things creative on the computer: he taught himself picture editing, web and logo design and furthered his knowledge in many courses. It is this knowledge that motivates him to continue.

Abdel’s story on a lifejacket: Ghalia is the mother of 9 adult children. They all had good jobs they enjoyed doing. She herself worked as a household helper in various homes and on farms in the region. She and her whole family had a good life despite the early death of her husband from cancer. Ghalia misses her home, she could never have imagined leaving it. How could she? They had everything they needed. They were happy.

Ghalia’s story on a lifejacket: Ahmad does not just have one job – he has many. Ahmad is good at working with his hands. Whether it is working at a building site or tinkering around, he always manages to find a simple solution to every problem, no matter how complicated. That is why Ahmad is always ready to give a helping hand to everyone. No matter who they are or where they come from.

Ahmad’s story on a lifejacket: Abeer read English at the University of Damascus und was about to realise her dream of becoming a teacher. She had just got her teaching degree but before she could give her first lesson she had to flee. Now she wishes for nothing more than peace for her country and the safety of her daughter.

Abeer’s story on a lifejacket: 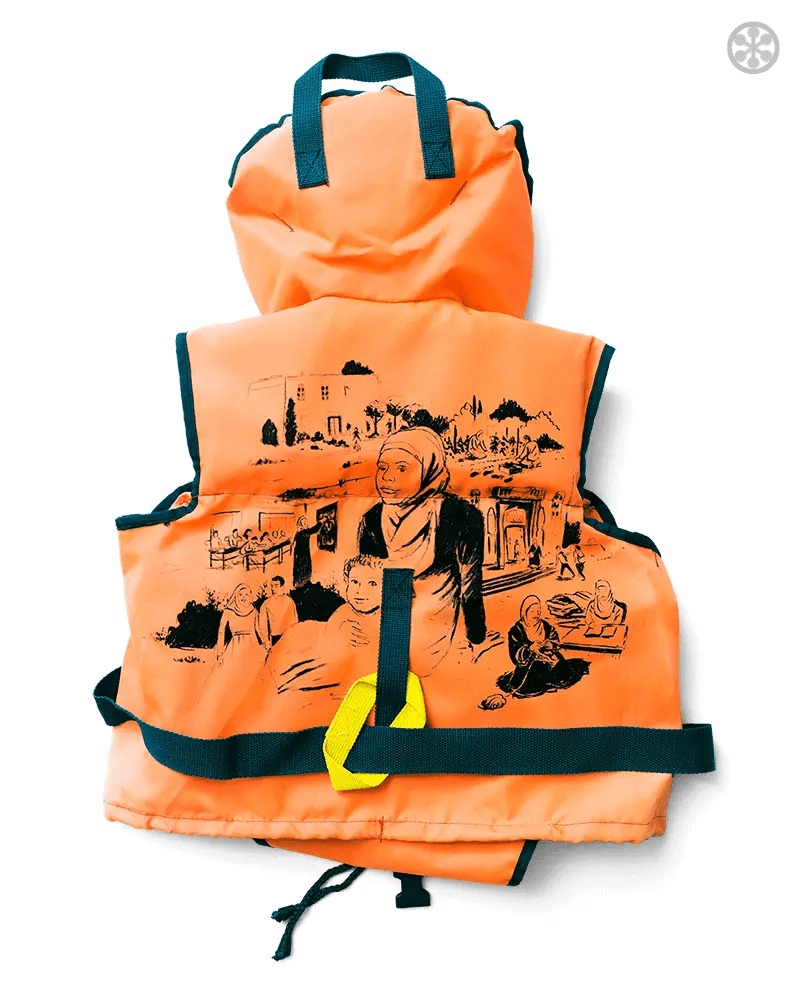 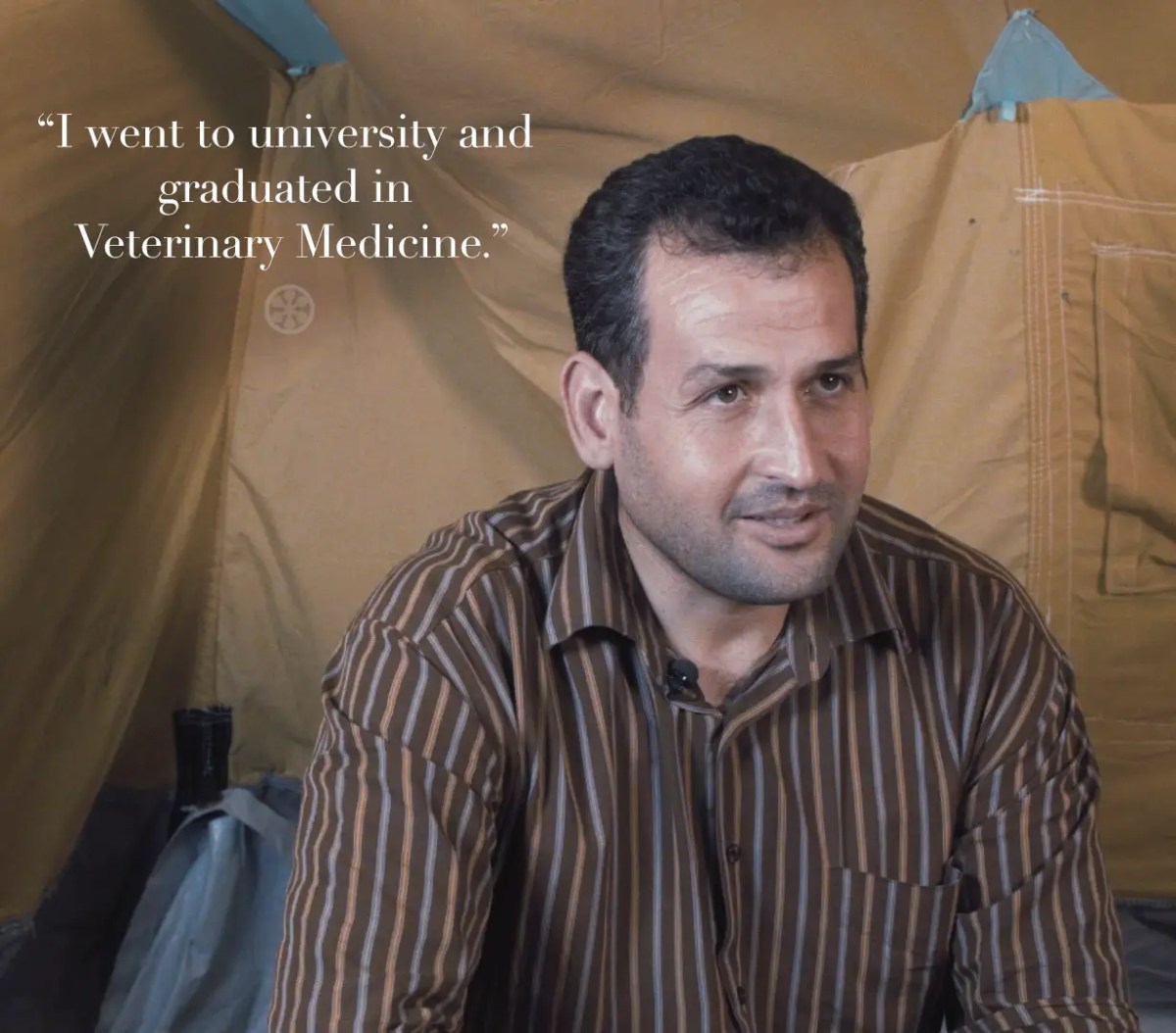 Farooq often thinks back to his carefree childhood. He misses this feeling now. No matter where he ends up with his family, he would like to experience this feeling again. He used to work as a vet on a large poultry farm, where he was responsible for the wellbeing of all the animals. With his salary he and his family were able to live well and worry-free.

Farooq’s story on a Lifejacket: 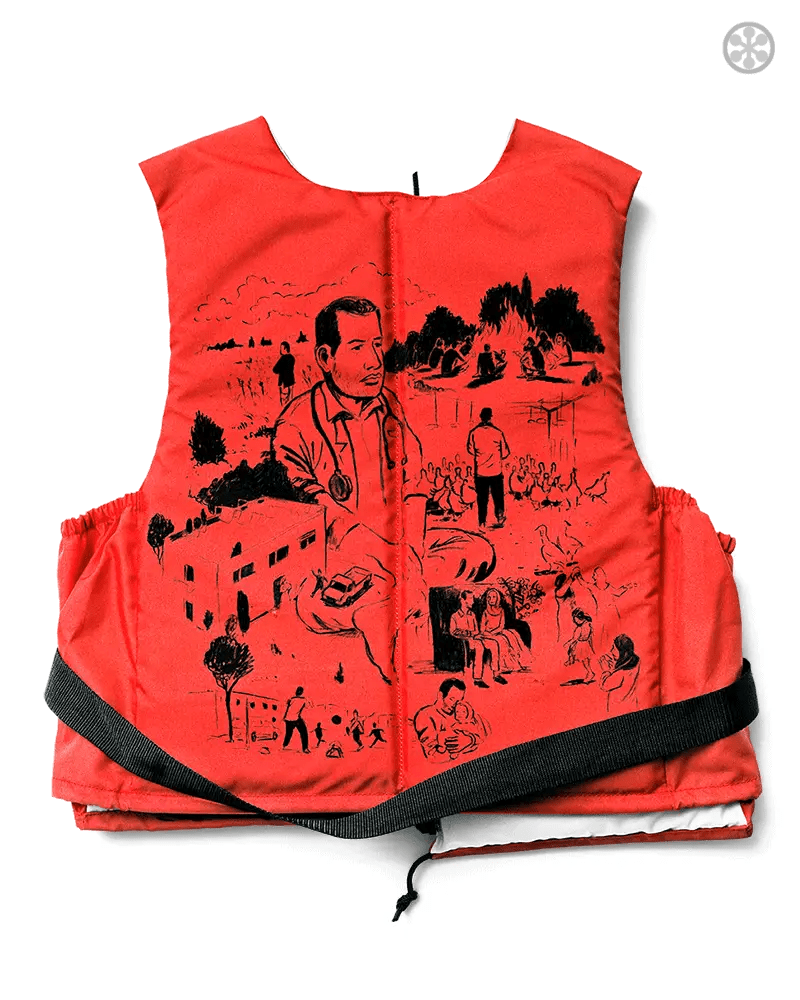 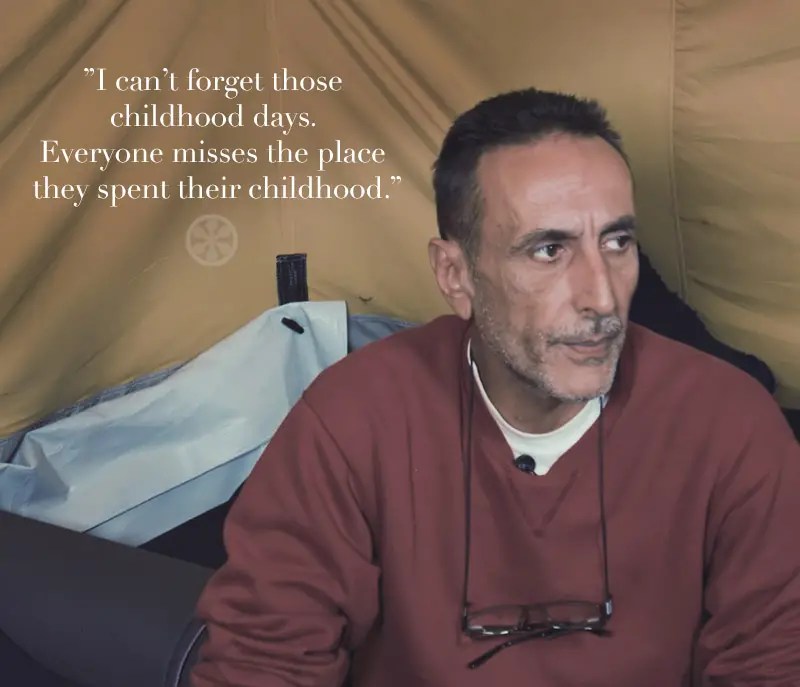 Esmail used to love walking through the historic, ancient part of his home town with its’ many old monuments. However, he is not only interested in the past but in the present too. At home, he was reading anything he could get his hands on – books, letters, short stories. His wife comes from a good home and together they did everything in their power to give their children a good life.

Esmail’s story on a lifejacket: 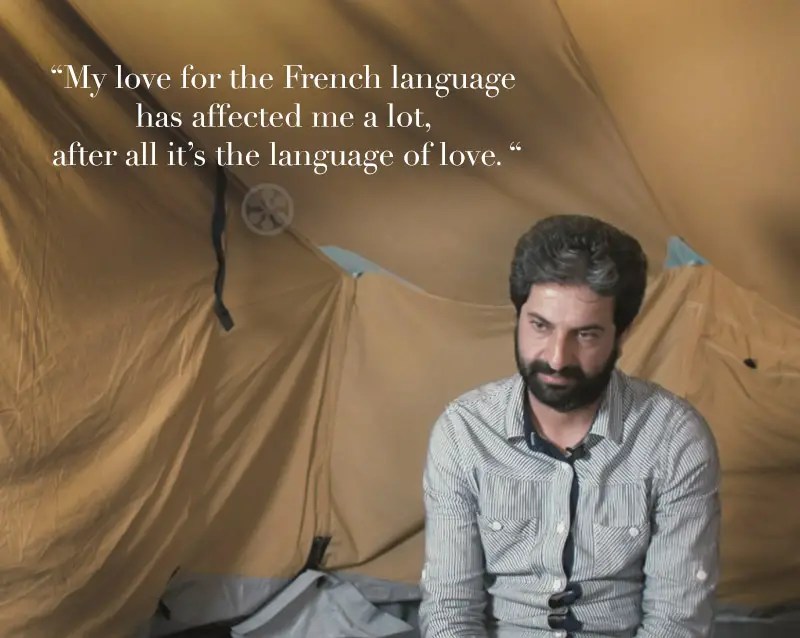 Ismael will not and cannot understand why there are wars. Why there is a war in Syria and in other places in the world. His understanding of humanity is that people help each other – no matter what their religion or their place of birth. In his homeland he often used to think about humanity and it’s many themes. Whilst reading in his own library or whilst teaching French with his students.

Ismael’s story on a lifejacket: 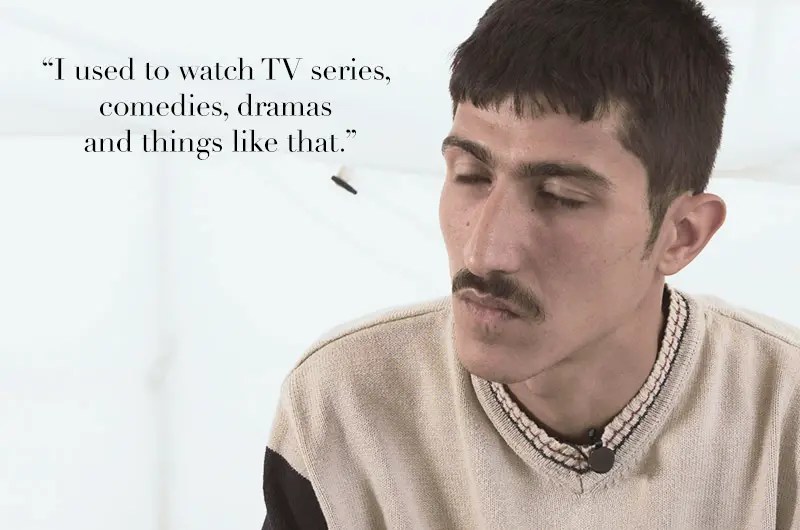 Mohammad was forced to join the Syrian army. Previously he used to be a car mechanic and a passionate sportsman. He regularly met his friends to play football and go to the fitness club. He misses his country, his home, his friends and his hobbies.

Mohammed’s story on a lifejacket: 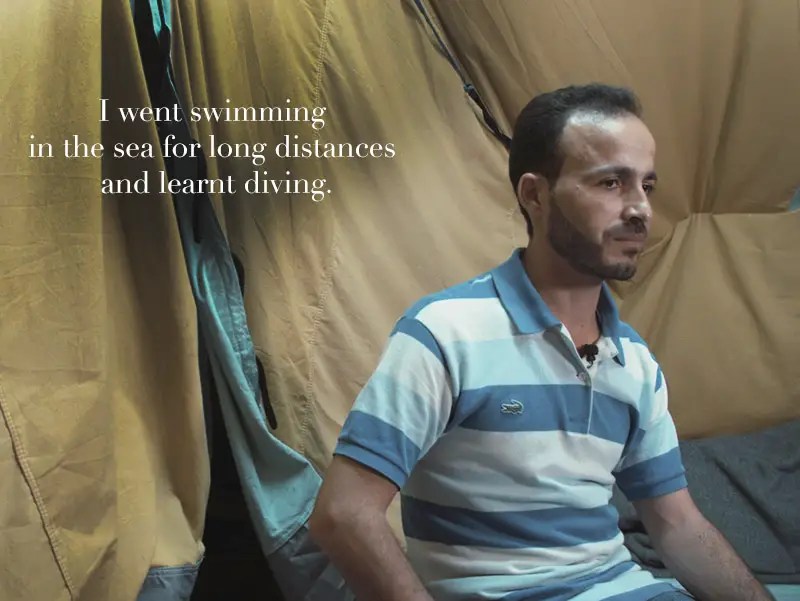 Abdel is a man of simple means and he does not need much in life to be happy. But despite not having much to start with, now he has lost nearly everything. All that remain are his childhood memories and his pride in what he achieved: his job and his small family.

Abdel’s story on a lifejacket: Project Lifejacket pleads that you REMEMBER WHO THESE PEOPLE ARE. Act now and help refugees with https://www.projectlifejacket.com

How Can You Help?

The more people know about Project Life Jacket, the greater the pressure on European governments to do something. It is up to each and every one of us to bring the refugee crisis to people’s attention again. Tell your friends about the project, share this post, the website or the video on your social media channels, join Thunderclap or directly support one of the below organizations through volunteer work or through donations of money and goods. 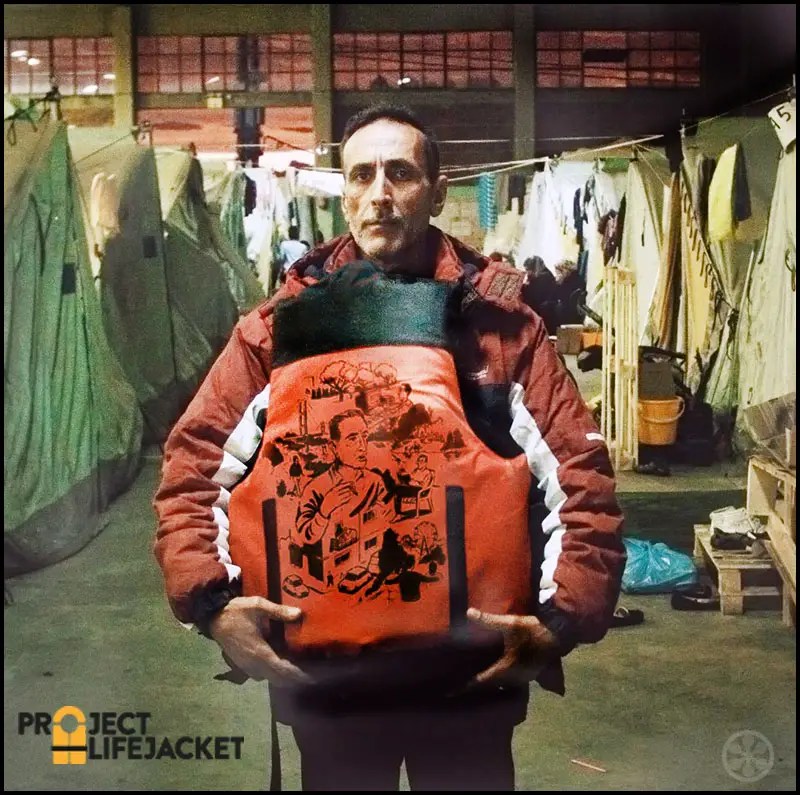 Project Life Jacket was brought to life by a group of people and the NGO “The Voice Of Thousands” who noticed the following: the refugee crisis is not abating but the media coverage of it is. This injustice was the reason why the creators wanted to draw the attention of the European public back to the ongoing problem. In doing this they wanted to focus on one very special aspect.

For Dog Tag Brewing, Every Day is Memorial Day

Comparing The Assemblage Works Of Bernard Pras With The Originals