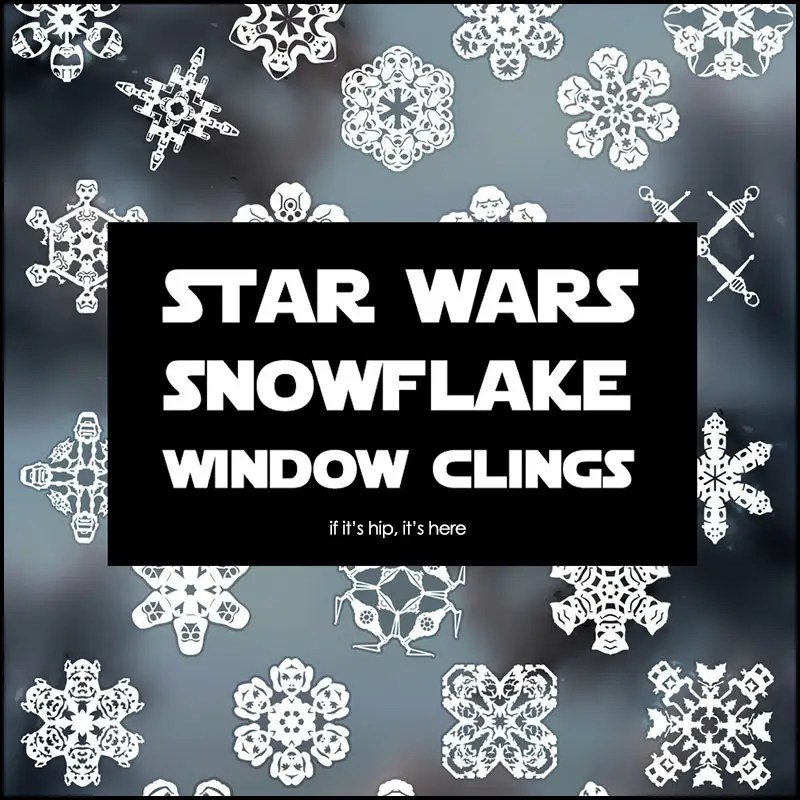 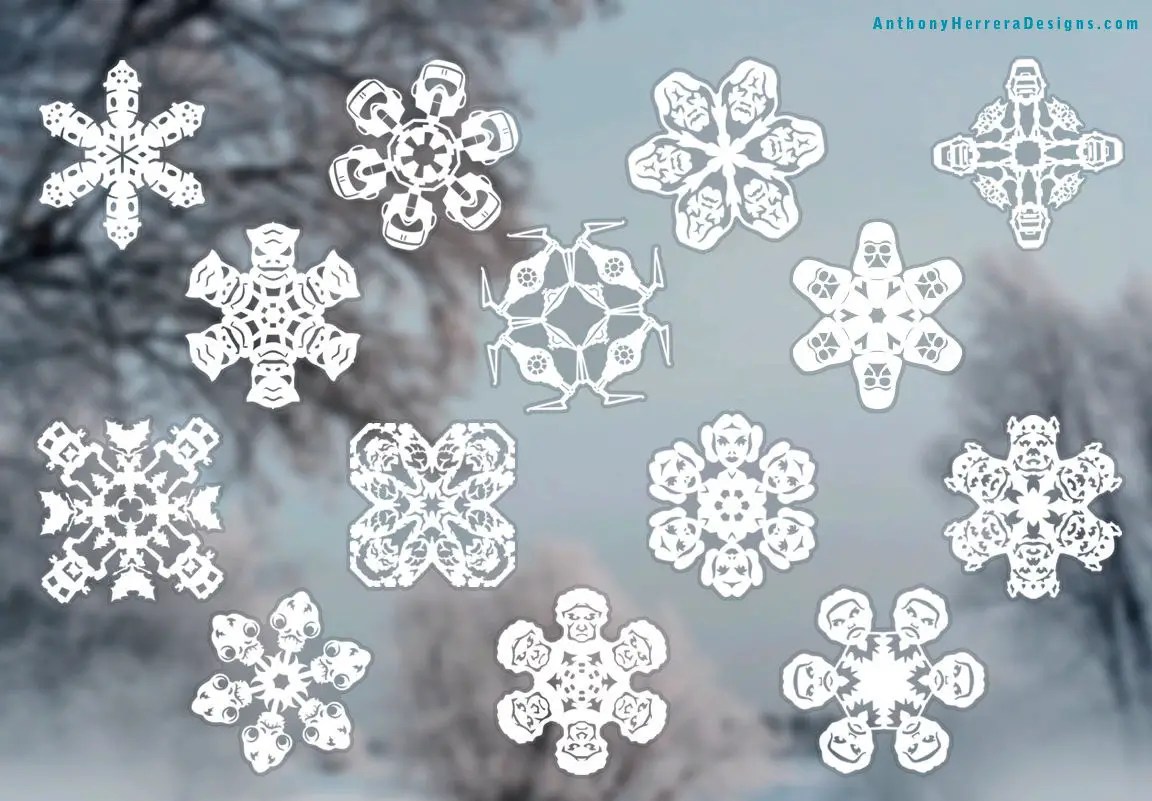 For those who don’t wish to risk getting paper cuts, Anthony Herrera’s Designs are a terrific find for the parent or person who’d rather decorate than craft. 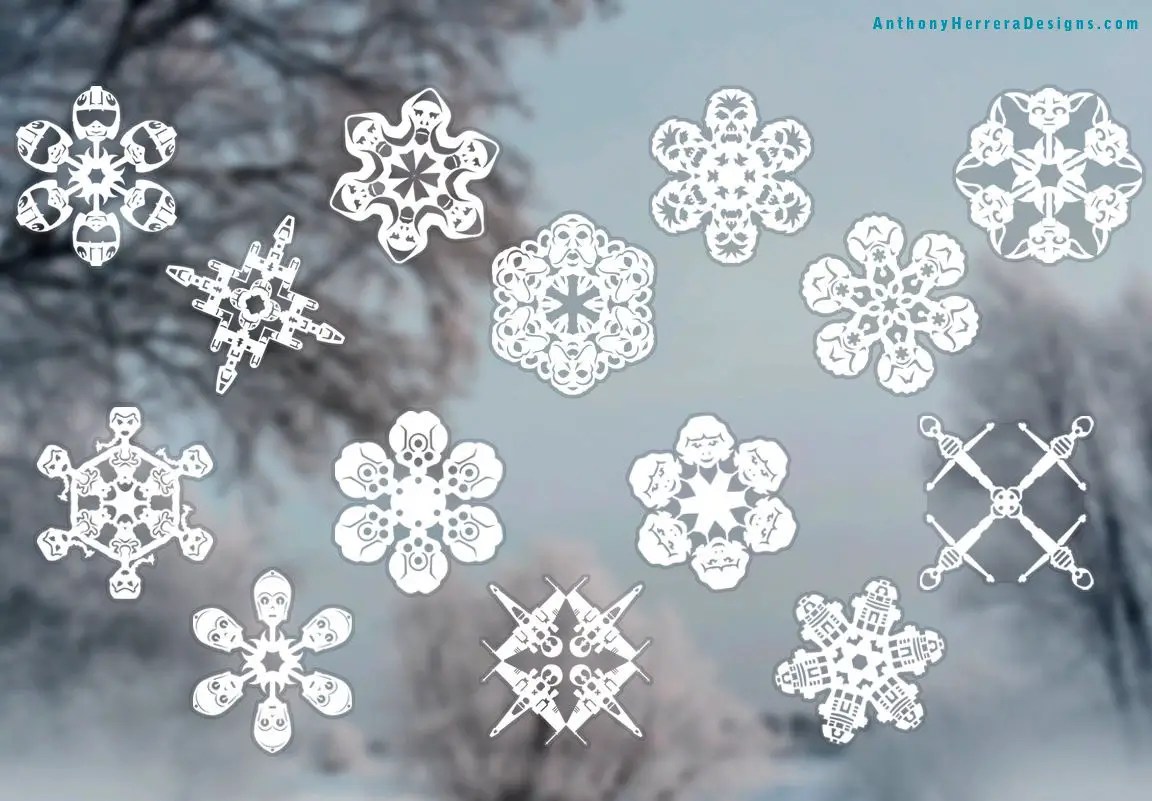 These Star Wars Snowflake Window Clings are made with white ink printed on clear vinyl. They are re-positionable, reusable, 5″ x 5″ clings sold in sets and they ARE wonderful.

All of the designs Herrera has created over the past few years as downloadable, printable templates can now be reused year after year as holiday decor without worry of little fingers getting cut, screaming frustration over template printouts or accidental rips and tears. No tape needed! Seven different sets available. 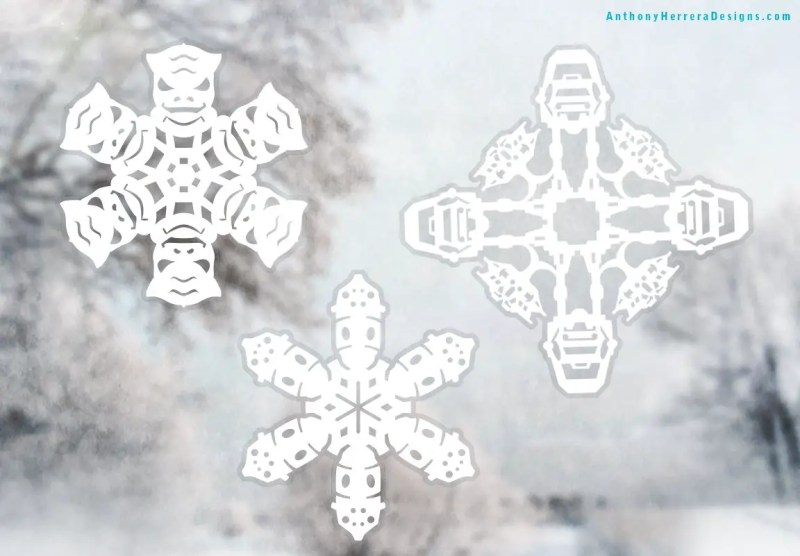 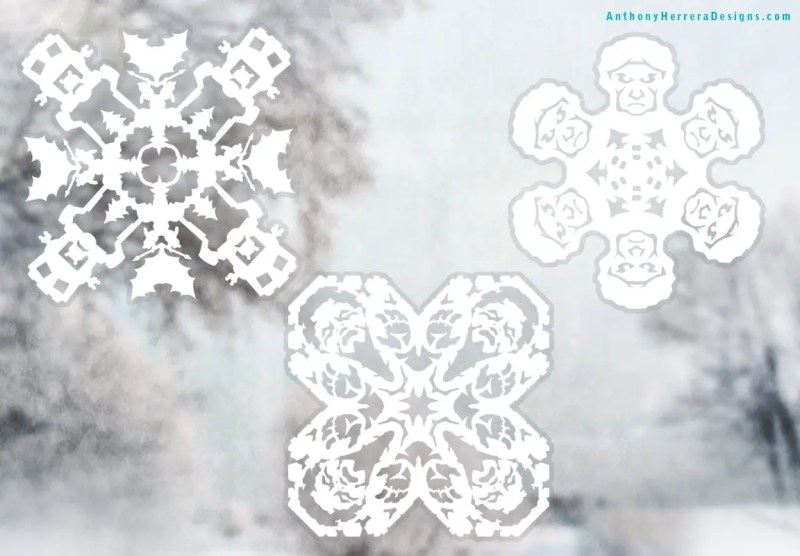 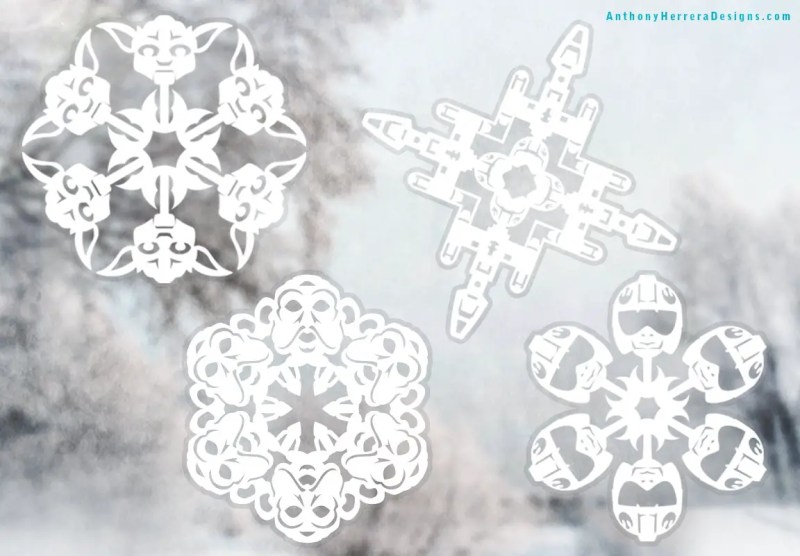 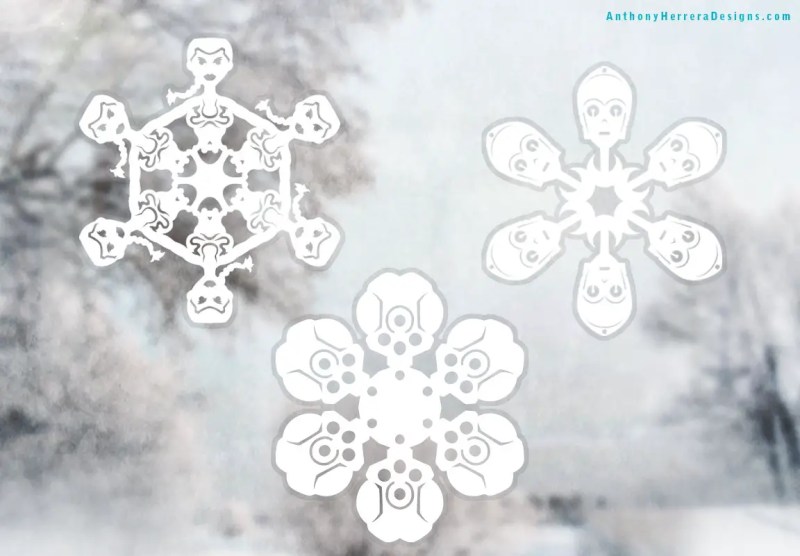 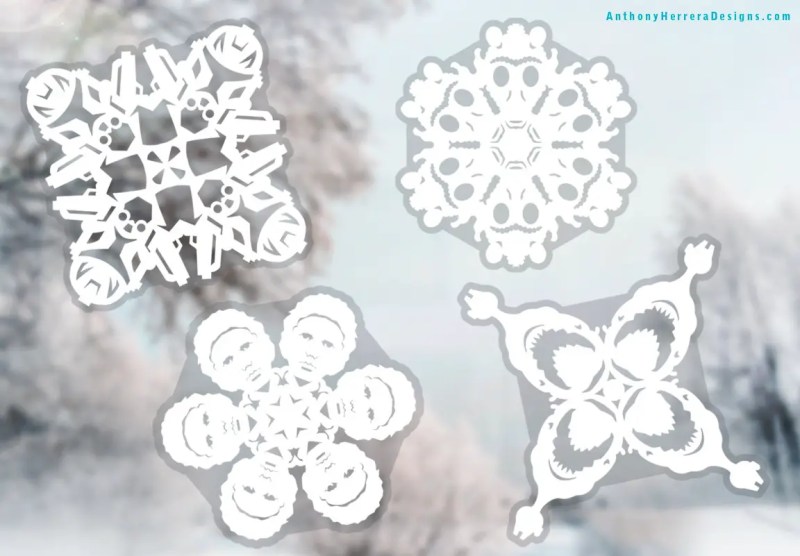 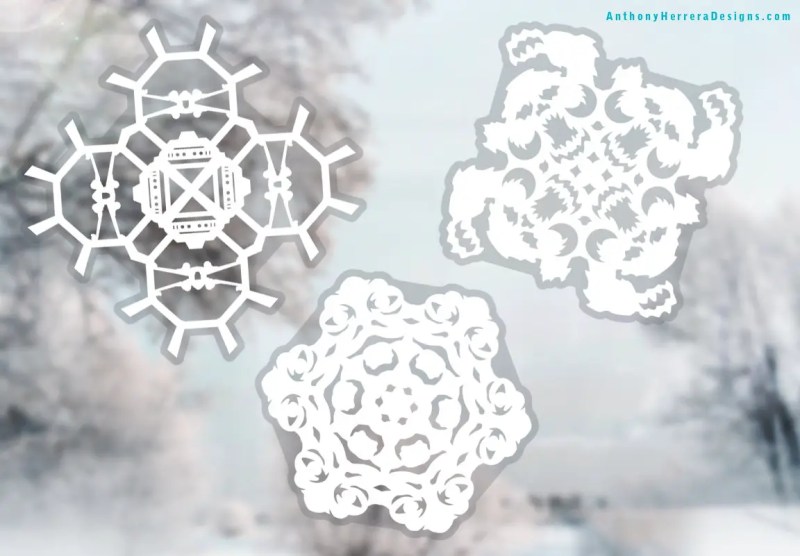 You can even get all seven sets for the price of six!
Buy The Star Wars Snowflake Window Clings here

A Little More Naughty Than Nice, 31 Classic Christmas Pin-Ups To Add Some Spice.