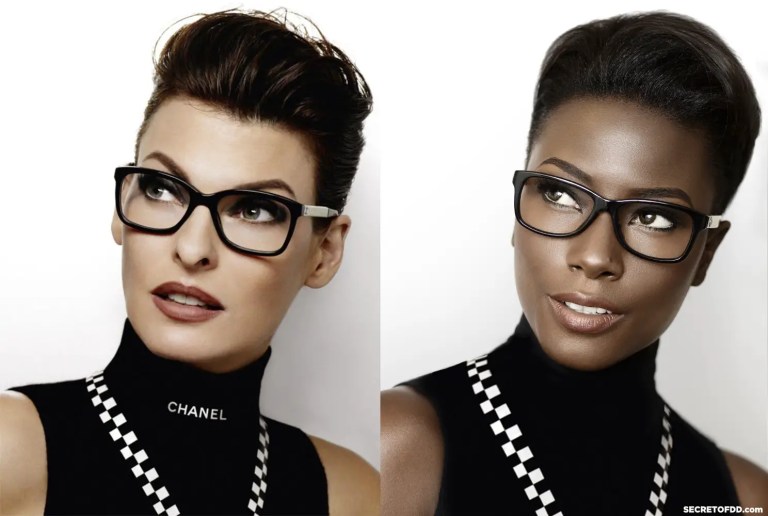 Now living in Los Angeles, West African born and raised Deddeh Howard is currently working on a bachelor’s degree in Health Sciences. An admitted fashion junkie, she was always bothered by the lack of black women modeling in ads for such brands as Gucci, Chanel, Louis Vuitton and Guess. This inspired her to create Black Mirror, a project in which she literally mirrors the poses of famous white models in big brand ads to draw positive attention to her race.

The project, photographed by her personal partner, Raffael Dickreuter, re-shoots several of the better known ad campaigns out there to show what they could look like had they used a black model. 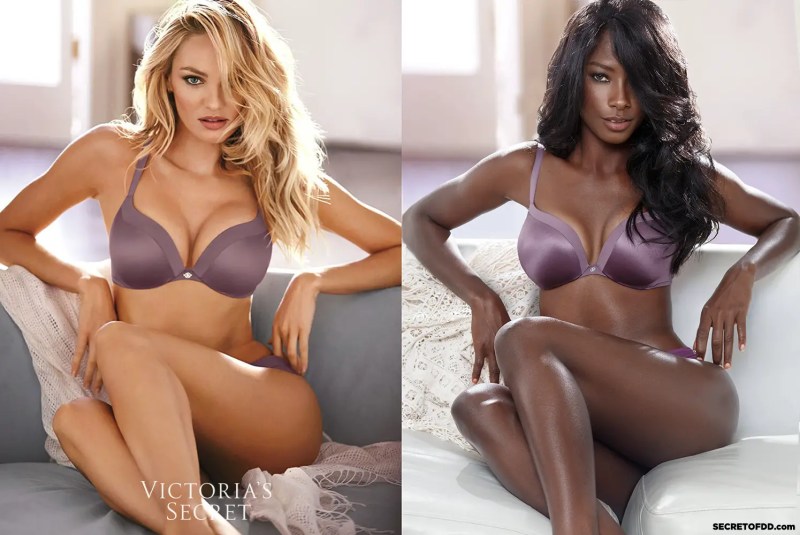 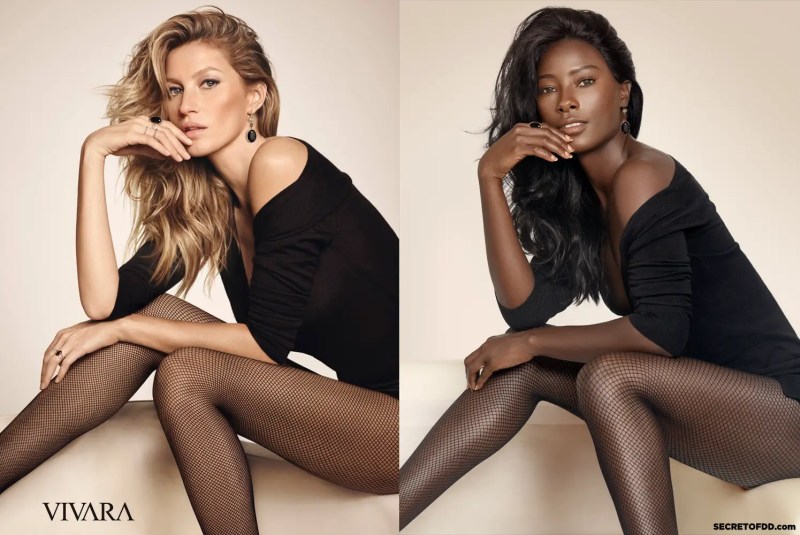 She acknowledges Tyra Banks, Naomi Campbell and Iman as high-profile black models, but explains that “they are the exception to the rule.” 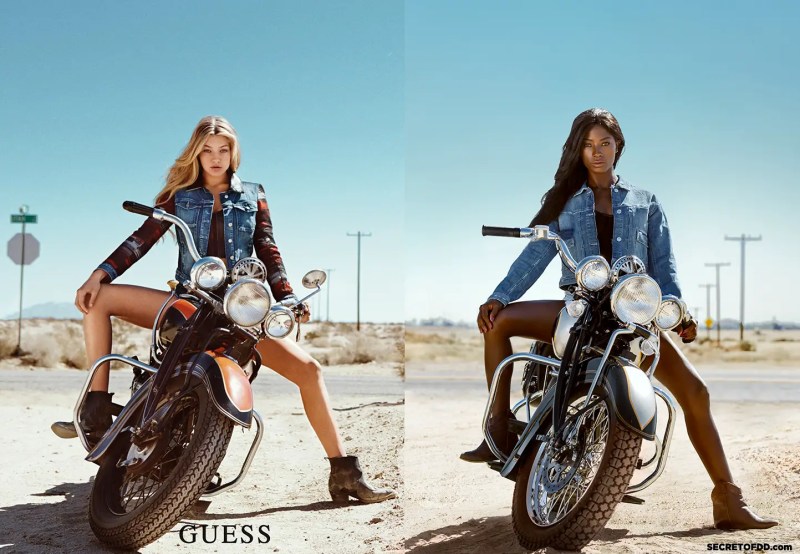 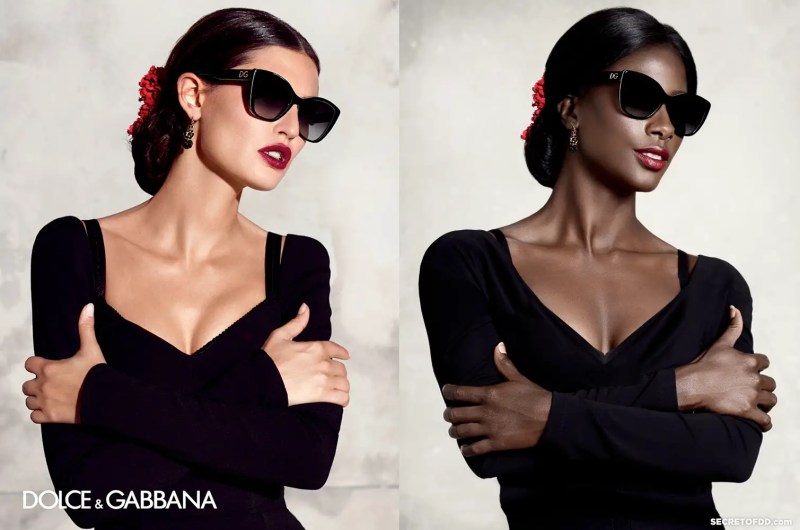 The visibility on these commercials and billboards matter as much as having elected a first black President. The next generation can only get inspired and reach for the stars themselves if they believe they can do it too. For that reason diversity in ad campaigns is in my opinion much more important than you might think. The same goes for representation in movies and politics as well, but that’s a different discussion. -Deddeh Howard 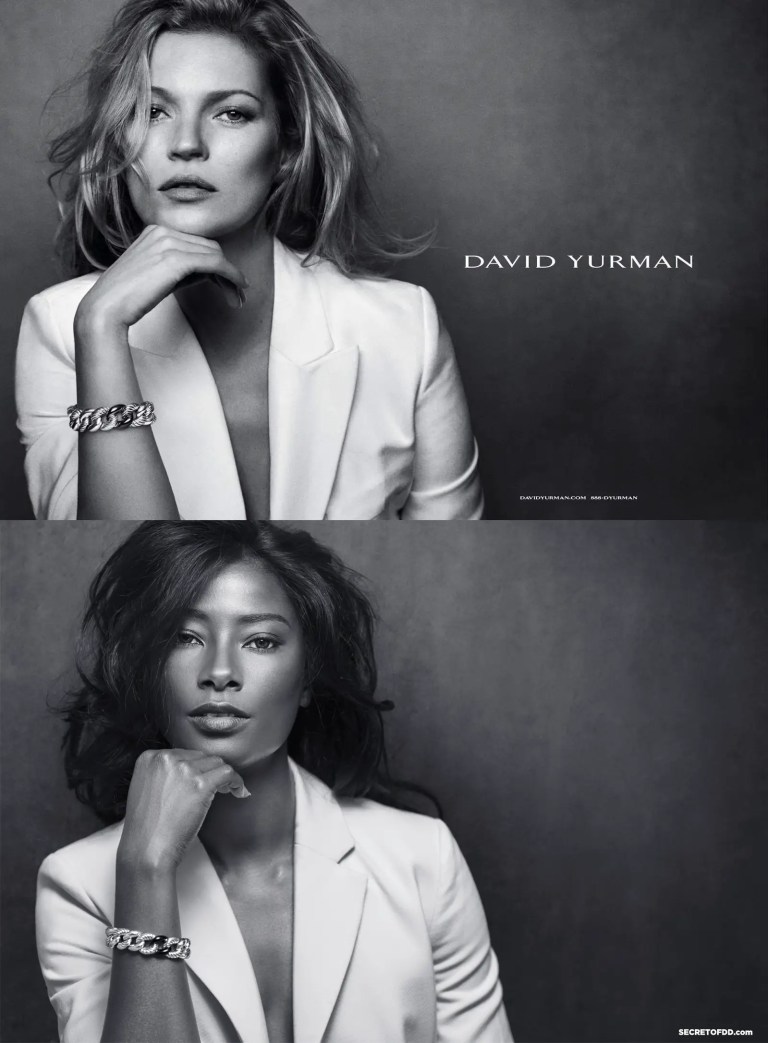 With this Black Mirror project I hope to show the world that it is time for all of us being seen. Just like a Gisele Bundchen, Kate Moss or Candice Swanepoel gets to travel the world, shoot the most amazing campaigns and live an exciting life to inspire young girls, let’s give the next generation something to believe in.– Deddeh Howard She describes the impetus for her project as follows:
“We are bombarded everyday with flashy advertisement, billboards and television ads that try to inspire us to buy the products that are hitting the market. Something that always bothered me when you see these amazing images that very rarely you ever see a black woman on them. When growing up as a girl I always wondered, why the big brands such as Gucci, Chanel, Louis Vuitton, Guess and many others rarely seem to use a black model? And if they do, a very small group of black models does make the cut here and there, but that group seems to remain pretty much identical over a long period of time.

In a time where black people too often are in the media for being underrepresented at important events such as the Oscars or make headlines for being targeted by the police I felt it was time to do something positive and inspiring about my race. For too long the negativity seemed to take over in the public eye.

More equal visibility of all races, being it white, black, Asian, Latino etc would help all of us believing in our potential.

I hope this project can help to bring awareness back to the positive side of black people. Unfortunately we are rarely shown in a positive light in the media, but can see countless times when yet another black person gets shot or arrested. Seeing Jasmine Tookes wearing the most expensive bra at the Victoria’s Secret fashion show was so inspiring, we need more of those moments.” 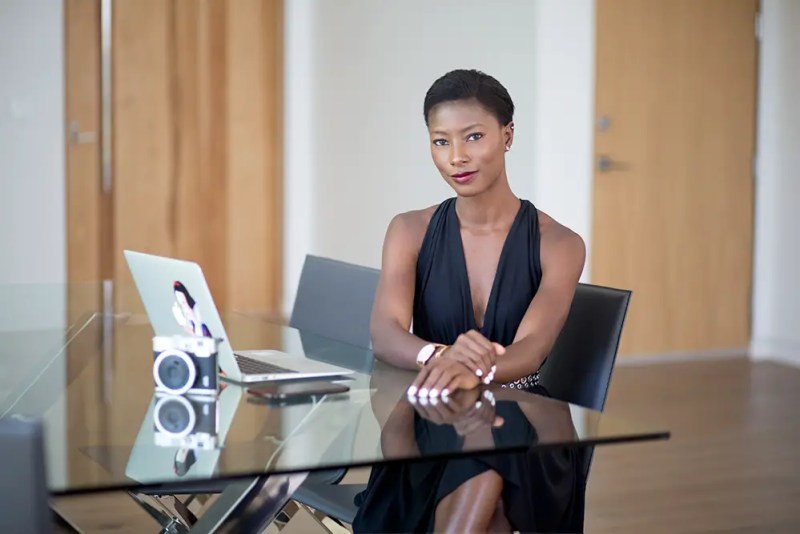 all images and information courtesy of Deddeh Howard

Her Fairy Godmother Turned Out to Be Her Brother.

Emoticons, Creepily Brought To Life, Warn Against The Dangers Of Online Sexual Predators.