` Finally, Plastic Army Women! - If It's Hip, It's Here
Skip to content 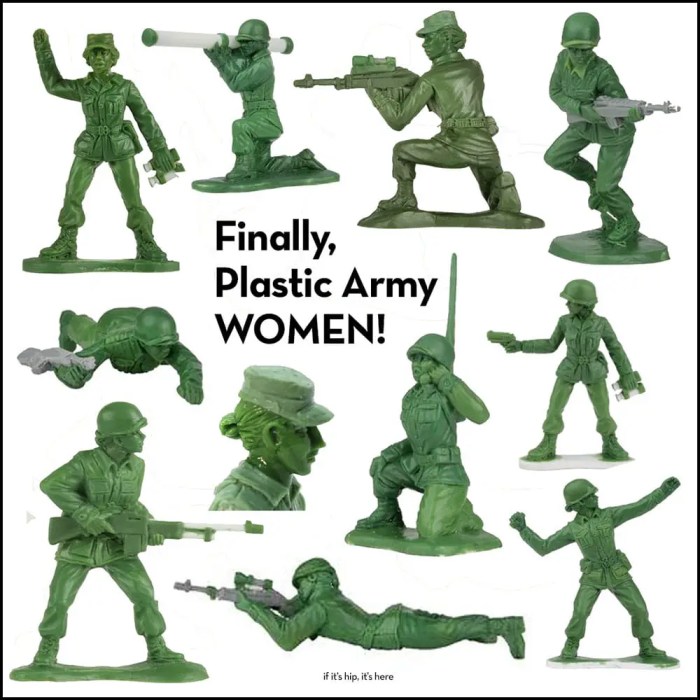 Green Army Men, those drab olive colored little toy soldiers, have been around in the U.S. since 1930. Found in most toy chests along with Hot Wheels and Etch-a-sketch, the miniature molded plastic green men have since inspired numerous pop culture and household products. So iconic, they were inducted into the National Toy Hall of Fame in 2014. There have been numerous iterations of the small green figurines such as the provocative Casualties of War,  Toy Boarders and Yoga Joes. And yes, there are pink versions of the little plastic army men…. but they have still always been MEN. Until now. BMC Toys finally introduces Plastic Army Women! As 6 year old Vivian astutely points out there are women in the army too and “some girls don’t like pink”,  making a strong argument for the toys. Jeff Imel of BMC Toys said he’d been thinking of making female troops for years, but the cost was prohibitive, so he turned to Kickstarter to help fund the project. Supporters met the funding goal in the first 12 hours and project Plastic Army Women was a Go!
(Note: we previously featured a post on Domestic Toy Soldiers, another variation, on Kickstarter by artist Noah Batle ) 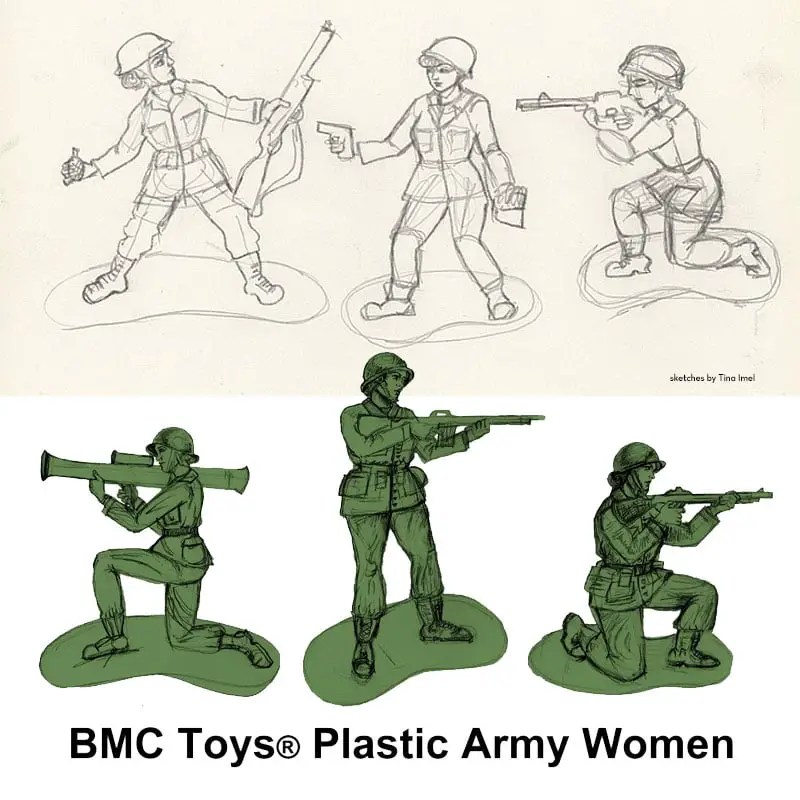 The process to create a line of modeled toys is not only pricey but time consuming. Sketches have to be drawn, modified, master prototypes sculpted, conversions, plastic injection molds made and more before production can begin. The final sculpts of the toys are by sculptor James Van Schaik.

Like the male toy soldiers, the little green army women are fashioned in the style of mid-20th century troops, despite the fact that the U.S. Army didn’t open all of its combat roles to women until 2015.

The BMC Toys Plastic Army Women is a new set of original female toy soldier figures scheduled to arrive in November 2020. The set will include 36 pieces in 22 different poses along with a working dog and stretcher accessories. 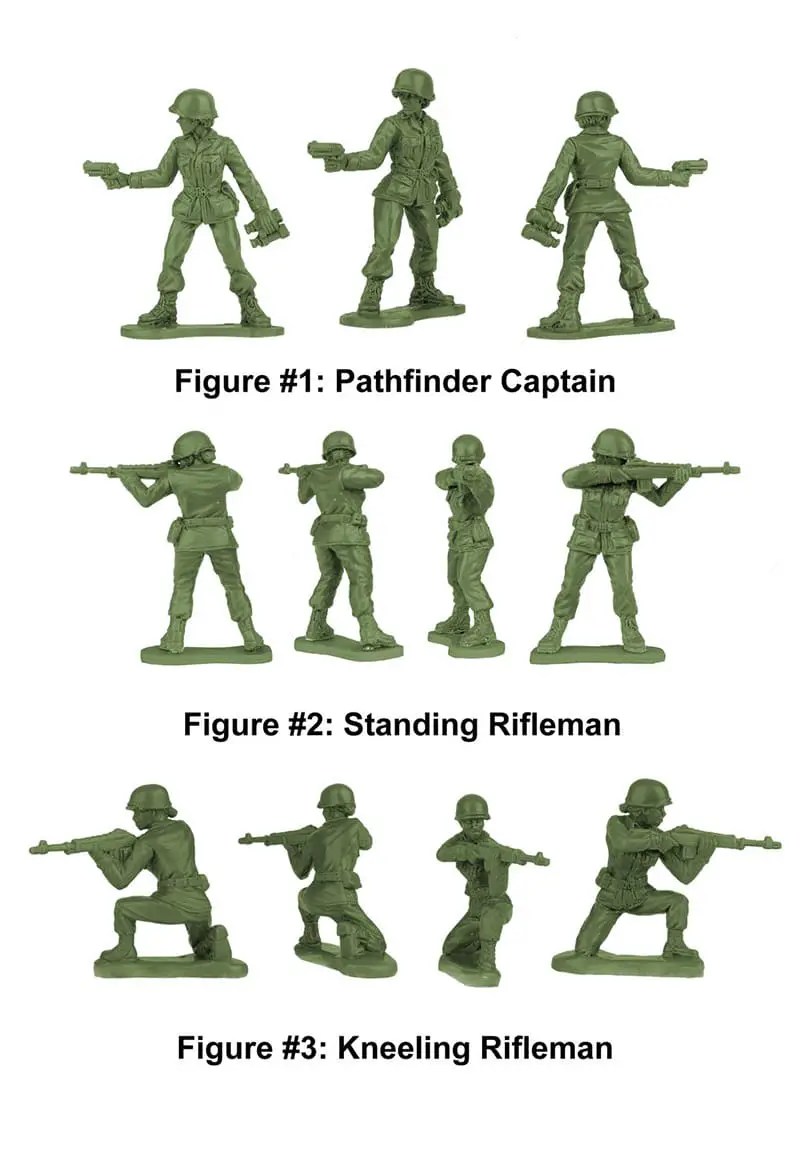 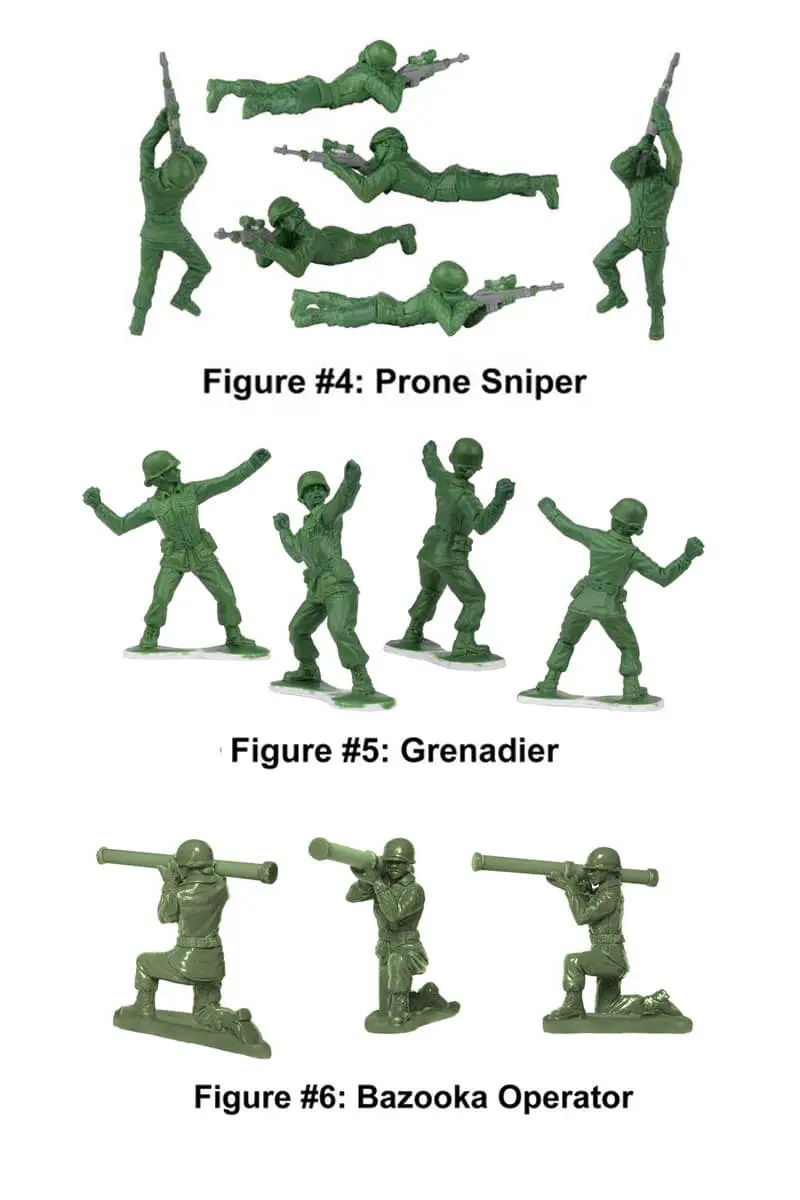 images shown above may differ from the final product

This is a set of real American Made plastic heroes, meant to be set up, knocked down, picked up and played with for years to come. Packed in polybag with insert card and recommended for ages 5 and up. The Troops stand up to 2.1 inches tall and approximately 1:32 scale. Made from slightly flexible LDPE Plastic. 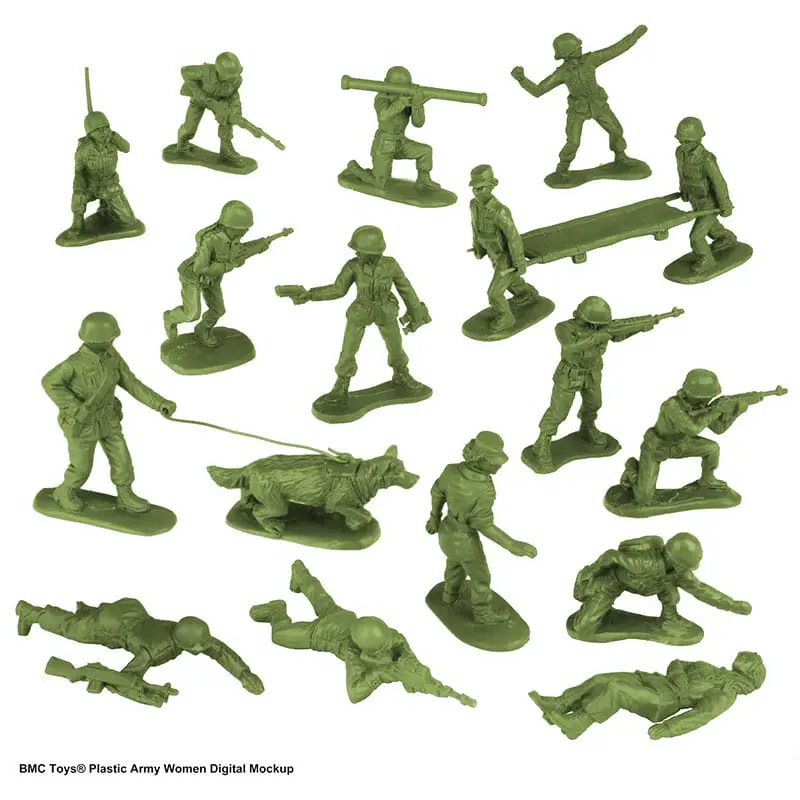 The set of 36 Plastic Army Women costs $15.40 USD (subject to change), is available in 6 different colors and can be purchased here

Thanks to BMC Toys and their blog, Smithsonian Mag and CNN for images and information.

Environmentally Friendly Foosball With Flair. The 2Eleven Natural Is A Luxury Wooden Version of The Beautiful Game.