It’s become an annual tradition for many sneaker brands to release special kicks around Halloween and this year Nike will release two new spooky versions of previous styles, both with glow-in-the-dark soles. A reimagined slimy version of the Air Max 97 and a bone-chilling version of Air Force 1 in orange. The Nike Air Max 97 reimagines an iconic running shoe with frightening Halloween colors and slimy detailing throughout. Max Air cushioning and a glow-in-the-dark outsole bring a ’90s favorite into a bone-chilling new light. 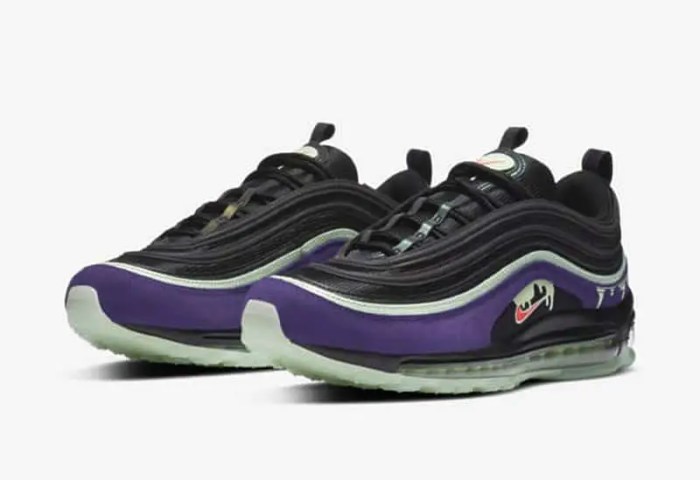 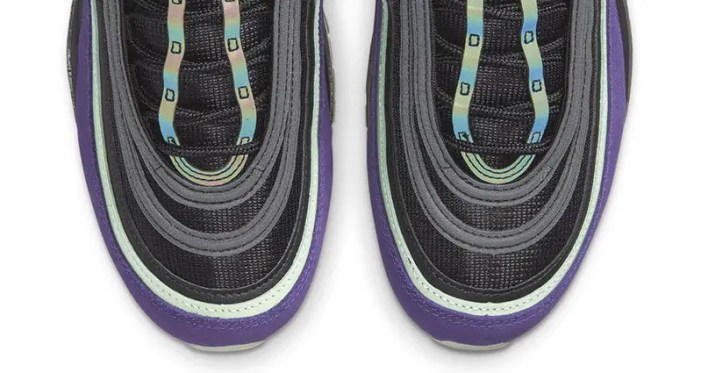 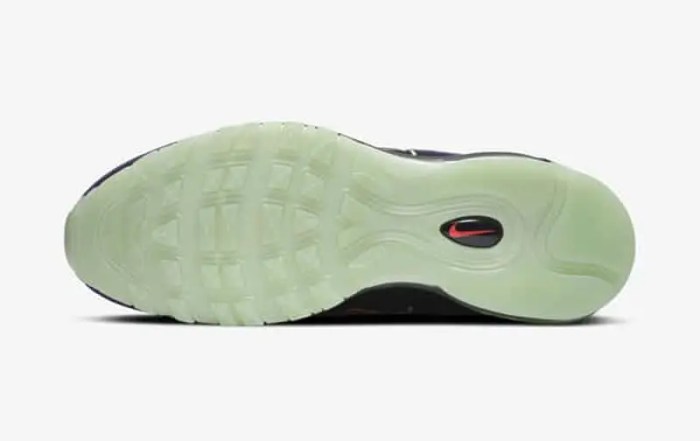 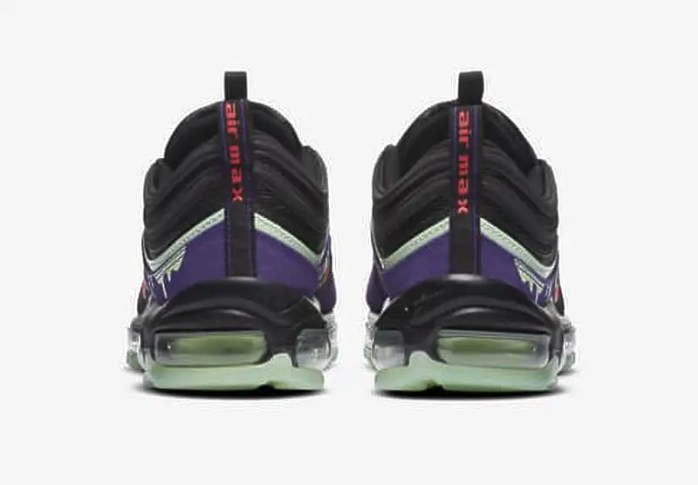 Nearly two years after its spine-chilling 2018 debut, the Air Force 1 Skeleton is rising from the tombs just in time for Halloween. The spooky, cult-classic style returns in familiar form, though this time the design sports harvest-themed hues of starfish orange and black. Skeletal graphics still cover the majority of the upper, with accompanying imagery extending to the shoe’s insole. Taking after a jack-o’-lantern, glow-in-the-dark material on the midsole and outsole gives the design an extra aura of luminance. Add some frightening footwear to your fall rotation before this mysterious style goes ghost once again. 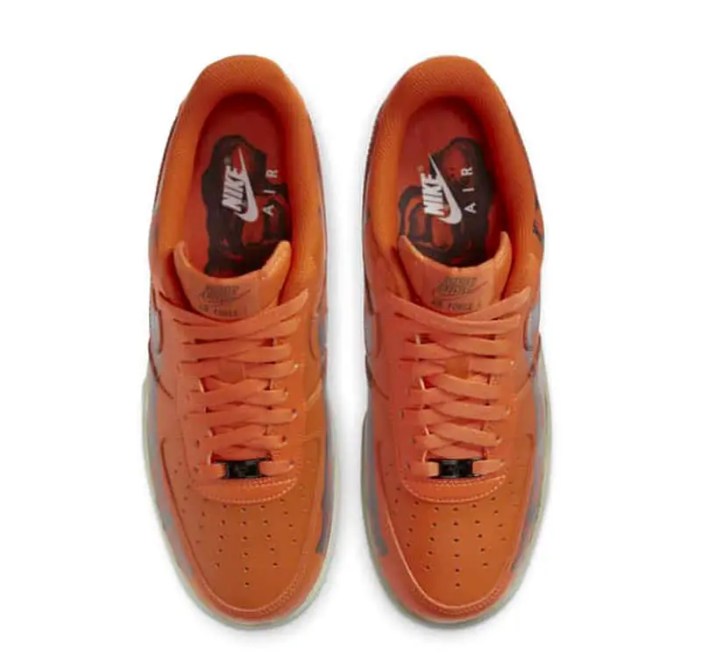 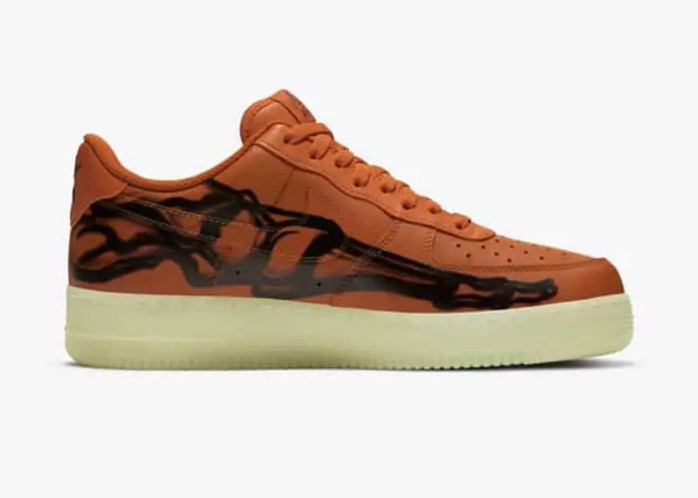 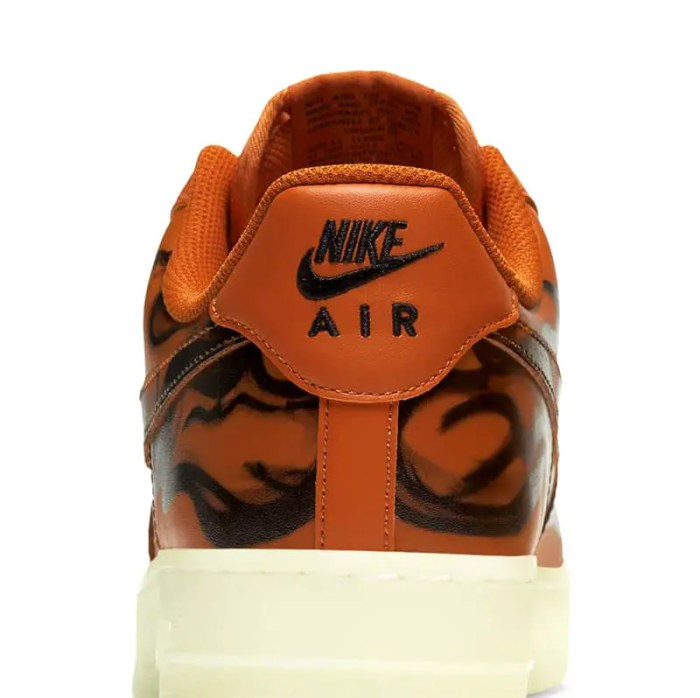 all images and descriptions courtesy of Nike