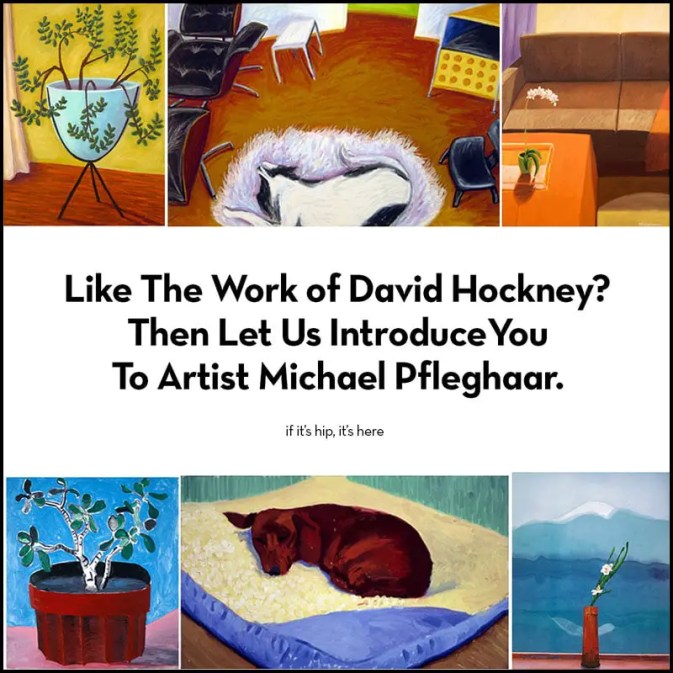 Now it’s true, the Ohio-born, Michigan based Michael Pfleghaar‘s work is similar to that of David Hockney’s in both style and color as well as subject matter. But, given that the majority of art-lovers out there cannot come close to affording an original Hockney, Pfleghaar’s original works are an unexpectedly great alternative.

Of course his work is not an actual substitute for a Hockney; his craft is not as mature, his style not as diverse, his technique for more naive, but Michael is a lot younger than David and far more accessible to the masses. His work is very appealing, growing in popularity and critical acclaim. Throughout the post, I’ve included several of Hockney’s pieces with that of Pfleghaar’s, so be sure to read the captions.

An illustrator, painter and ceramicist, Michael has several different series of works. All of them have amazing energy, use of color and whether exteriors or interiors, a modernist sensibility.

One of his series consists of several famous icons of modern architecture like the Pierre Koenig Stahl residence and the Philip Johnson Glass home.

Michael’s series of Palm Springs modern homes include renderings of the Albert Frey home, Wexler homes and the famous Neutra Kauffman home amongst others.

A study of the Albert Frey Palm Springs home:

the Kaufmann Residence in Palm Springs by Richard Neutra:

The Wentworth home in Palm Springs: 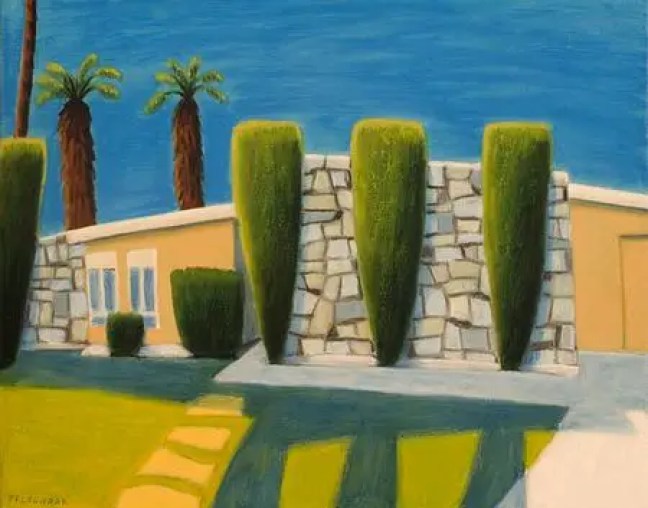 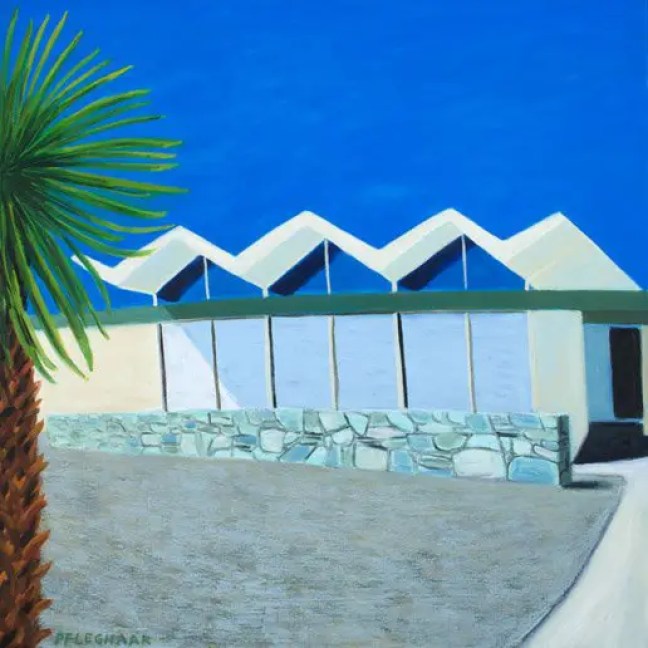 And below are some direct comparisons to Hockney’s work: 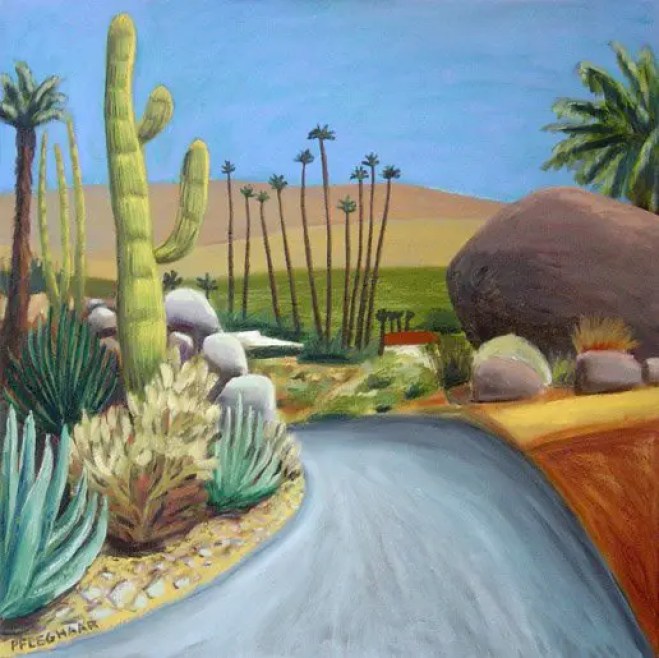 His interiors, also like Hockney’s, are in skewed perspective and often feature classically modern design elements like Eames chairs and Bullet planters. Speaking of plants, this post would not be complete without sharing his adorable ceramic “little buds” with you as well:

And both Hockney and Pfleghaar share a love of dogs. Pfleghaar’s Madison In The Studio: Since his childhood, Michael Pfleghaar has had a deeply personal & inspired relationship with the arts.

Born in 1965 in Toledo, Ohio, Pfleghaar found himself participating in his first art class as a child in the Toledo Artist’s Club. His love of art eventually led him to Kendall College of Art and Design and Grand Valley State University where he received his BFA in painting.

In the summer of 1988, Pfleghaar attended the Ecole des Beaux Arts, Aix en Provence, France where he focused his studies on the French landscape. Soon after, Michael Pfleghaar apprenticed with the internationally recognized Michigan artist Stephen Duren.

Buy prints of his work here

His Studio
His own site