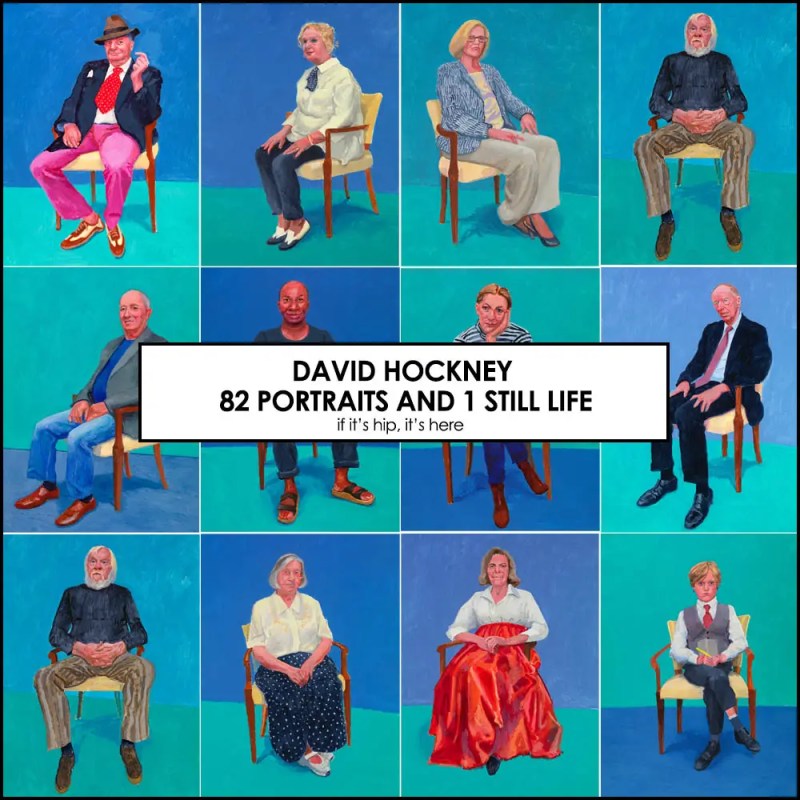 In one of the most anticipated art shows of the year, artist David Hockney exhibits 82 portraits of his friends and colleagues, each painted in his Los Angeles studio within three days time. The portraits, now showing at the Royal Academy, are his first large creative endeavor following the tragic death of his young assistant which left him creatively paralyzed for months.

Hockney began working on the series of portraits in his Los Angeles studio, where he spent the last three years after the tragic death of his 23 year old assistant and friend Dominic Elliot in his Bridlington home in 2013. Hockney sold the home in the English countryside because of the emotional trauma. The artist told the media that he suffered from such severe creative difficulties after the death he was unable to paint for four months.

Artnet reports that “After a long silence, Hockney managed to create a portrait of his studio assistant and friend, Jean-Pierre Gonçalves de Lima (JP), which became the first portrait of the series. It captures JP, who was equally devastated by Elliot’s death, sitting inconsolable, head buried in his hands. The painting seems to have been cathartic as it prompted a reignited Hockney to create the series.”

Each on a 48 x 36 inch canvas, the portraits began pouring out of Hockney’s Los Angeles studio in a headlong rush of productivity.

Eventually the comprehensive portrait collection of his friends, family and acquaintances became the exhibition 82 Portraits and 1 Still?life, which opens today at the Royal Academy in London and runs through October 2, 2016. 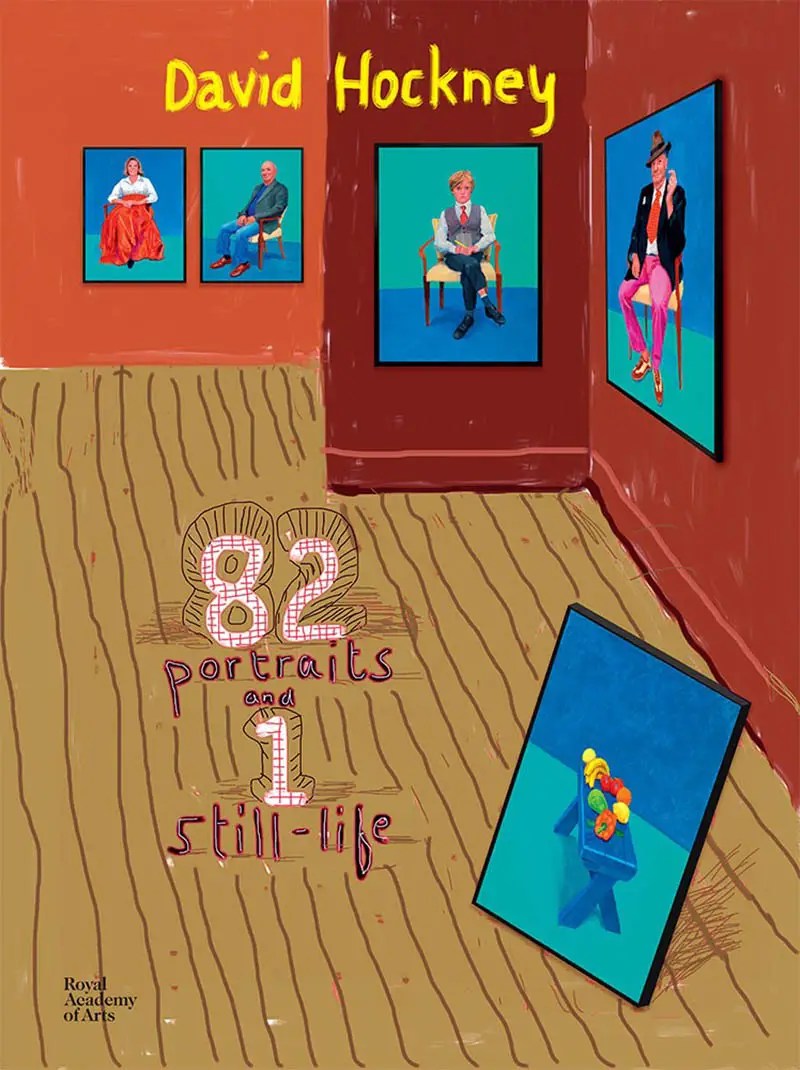 above: the Book accompanying the exhibit is available here

The subjects of the portraits include not only friends and family but also office staff, fellow artists, curators and gallerists.

Each is painted the same size, sitting on the same chair and against the same blue background. And all were painted within three days.

Thinking of coming to Los Angeles to some great art at LACMA? Our fave AIRBNB is only 2 blocks from the museum!

exhibit information and images courtesy of The Guardian, Artnet and the Royal Academy.