Los Angeles-based artist Matthew Grabelsky pairs the unusual with the unremarkable in Underground, an exhibit of his surreal oil paintings depicting Human-Animal hybrids riding the subway. The recent show, held at the Thinkspace Gallery, featured a slew of the new oil paintings by Los Angeles-based artist Matthew Grabelsky. Grabelsky, who was raised in New York City, uses the subway as a venue for his unusual subjects; couples consisting of Human-Animal hybrids. 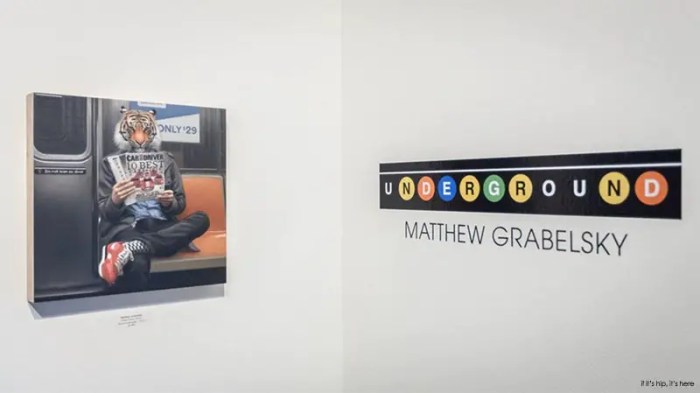 Using a hyperrealism technique, his combinations of the mundane with the mythical results in unlikely juxtapositions in familiar settings.

The gallery issued the following press release prior to the exhibition: Grabelsky’s works depict couples on subways, often nonchalantly reading magazines or newspapers, but the male figures in these dyads are strange, quasi-mythological human hybrids with animal heads. Deer, bears, elephants, tigers, and everything in between, make a suited appearance in rush hour. By contrasting the platitudes of the day-to-day with the presence of the extraordinary and unlikely, Grabelsky stages the unexpected within the most unassuming of circumstances. 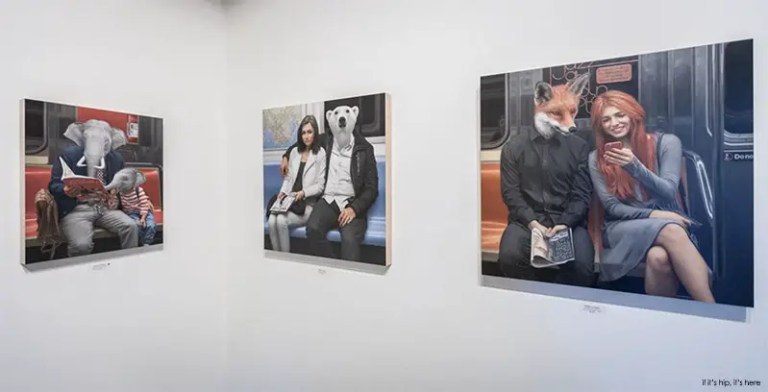 The appearance of the animal head feels distantly totemic, an archetype for something primordial, ancient, and psychologically motivated. Fascinated by the persistence of animal imagery in mythology and communal cultural imaginaries, Grabelsky superimposes its presence onto his depictions of the contemporary world. For the artist, the animal becomes a manifestation of the inner workings of the hidden subconscious, literally revealing the latent identities and motivations lurking beyond the composure of the human mask. 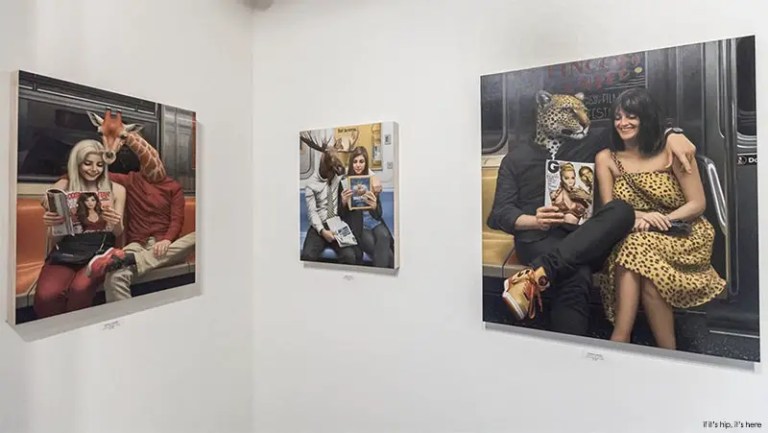 Technically inspired by 19th Century academic and naturalist painters, Grabelsky creates these unlikely, surreal scenes with a staggering degree of realistic detail. The contrast created between the visual verisimilitude of the works, and the surreal improbability of their content catches the viewer in a prolonged moment of convincingly suspended disbelief. 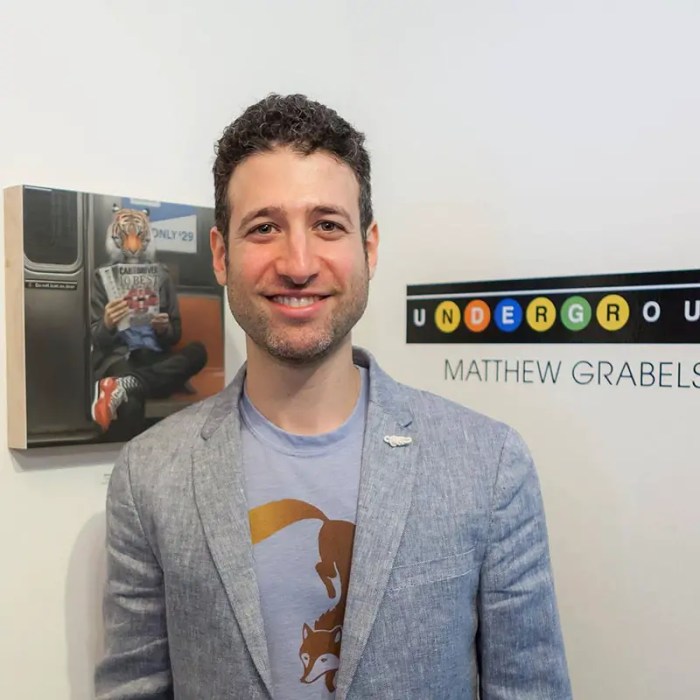 See more of his work at his site here.

images and information courtesy of the artist and Thinkspace Art gallery