` Lady Gaga for Dom Pérignon Rosé - If It's Hip, It's Here
Skip to content Serious champagne enthusiasts know that Dom Pérignon teams up annually with a designer or artist to create a limited edition piece of artwork inspired the world-renowned brand. The collaboration is almost always accompanied by vintages with limited edition labels in exclusive box designs. A perfect gift for the New Year. This year, Moet & Chandon invited Lady Gaga for Dom Pérignon Rosé. The collaboration between Dom Pérignon and Lady Gaga marks the encounter of two creative forces. The design of this limited edition, rippling and shifting, is itself a visual ode to creativity. 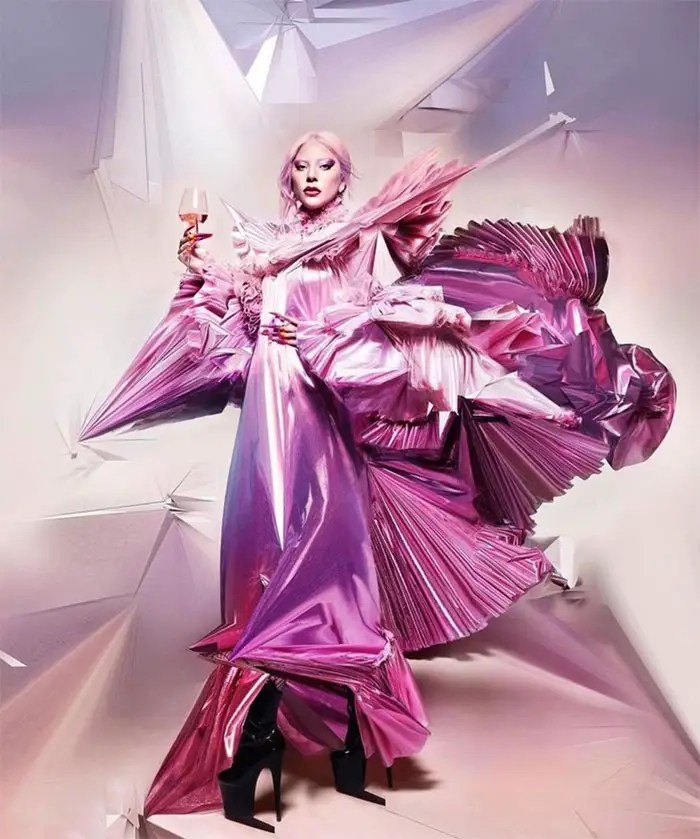 This Limited Edition unveils another facet of the collaboration between Dom Pérignon and Lady Gaga and features Rosé Vintage 2006 in an exclusive and creative case.

The Limited-Edition Sculpture by Lady Gaga for Dom Pérignon Designed by Lady Gaga in collaboration with Nicola Formichetti, the enthralling sculpture acts as a veil, enfolding a majestic jeroboam of Dom Pérignon Rosé Vintage 2005.

The centerpiece of this collaboration is not just an object of design and desire. It’s an opportunity to do more: a chance to give something back. 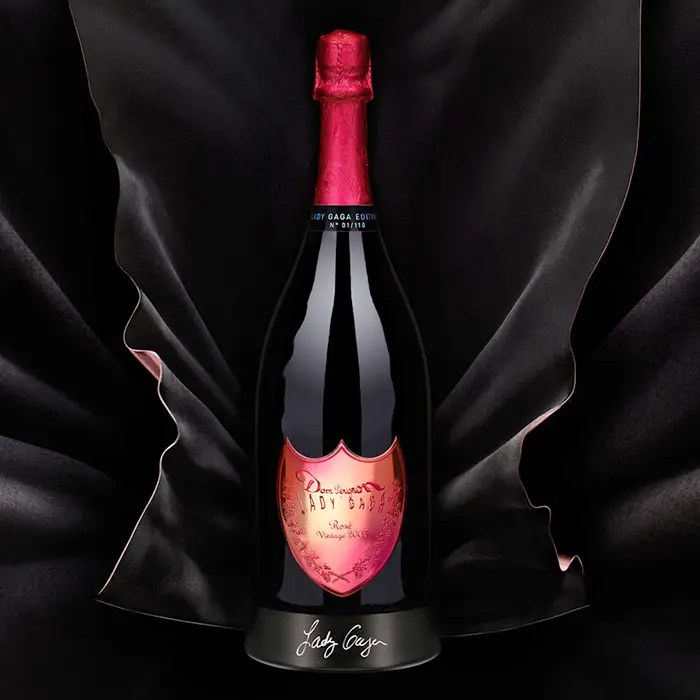 Produced in 110 exclusive pieces, the limited-edition sculpture by Lady Gaga for Dom Pérignon, will be sold in private sales and showcased in flagship Dom Pérignon locations. All of Dom Pérignon’s profits will be given to Lady Gaga’s Born This Way Foundation. 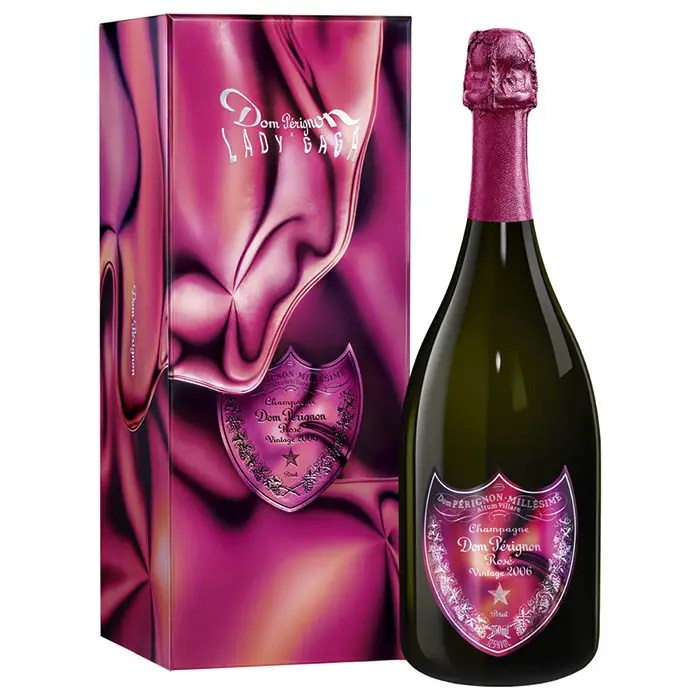 With similar weather characteristics as the now-legendary 2002, the 2006 vintage was overall very hot and dry. Vines grew in fits and starts with a heatwave during July succeeded by a cool and humid August. The ultimate factor was the summery September weather, which assisted the grapes in developing much more maturity than usual. As a result, the harvest was the longest on record: four weeks beginning on 11th September. The 2010 harvest was marked by a very cold winter with heavy frost patches. Weather improved in the spring and early summer months with cool and consistent temperatures. During August and September storms and humid conditions complicated the ripening process and much of the Pinot Noir being thin skinned largely succumbed to rot. Dom Perignon’s vineyards in the Grand Cru village of Verzenay produced some outstanding Pinot Noir, but there weren’t many examples of great PN from 2010. By contrast Chardonnay was super high quality, one of the best Chardonnay years within the last ten years.