` Gingerbread Carousel Wins Competition - If It's Hip, It's Here
Skip to content Gingerbread Carousel Wins Competition! The Merry Mischief Bakers have dominated the Grove Park Inn’s National Gingerbread House Competition for the second year in a row. This year their “Carousel” took home the Grand Prize whereas last year it was their St. Nick’s Christmas Decor Shop which took the honors. Read on for more pics and details. 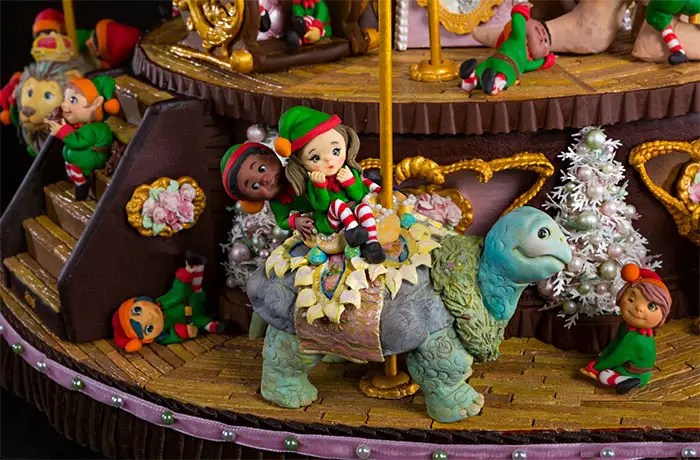 The Merry Mischief Bakers are once again the winners of at the annual National Gingerbread House Competition held at The Omni Grove Park Inn. For the 29th edition of the contest held in Ashville, North Carolina, talented bakers of all ages compete in several categories for various cash prizes.

Titled “Christmas ‘Round the World.” the gingerbread carousel featured elves and animals on a beautifully ornate carousel.

Looking like the happiest bunch of bakers in the world, the talented Evonne Darby, Tim Stewart, Adam Starkey and Ted Scutti – along with fondant figure maker Sachiko Windbiel, are fast earning the respect of fellow gingerbread crafters all over  – with their back-to-back wins.

Titled “Christmas ‘Round the World.” the gingerbread carousel featured elves and animals on a beautifully ornate carousel. 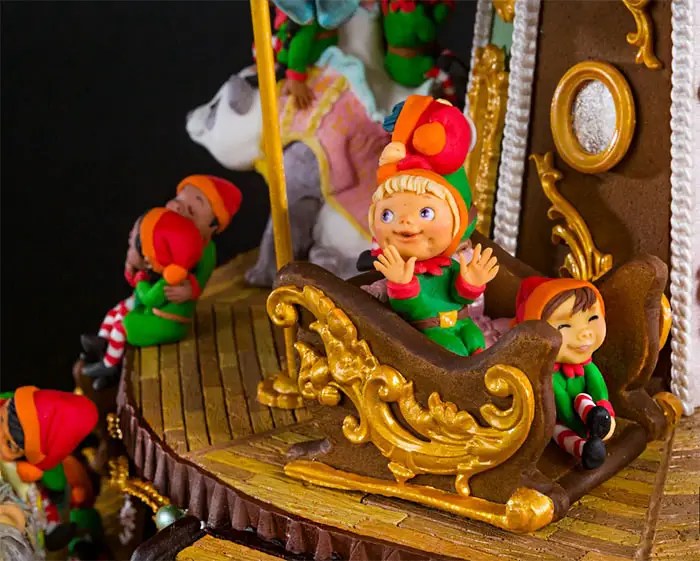 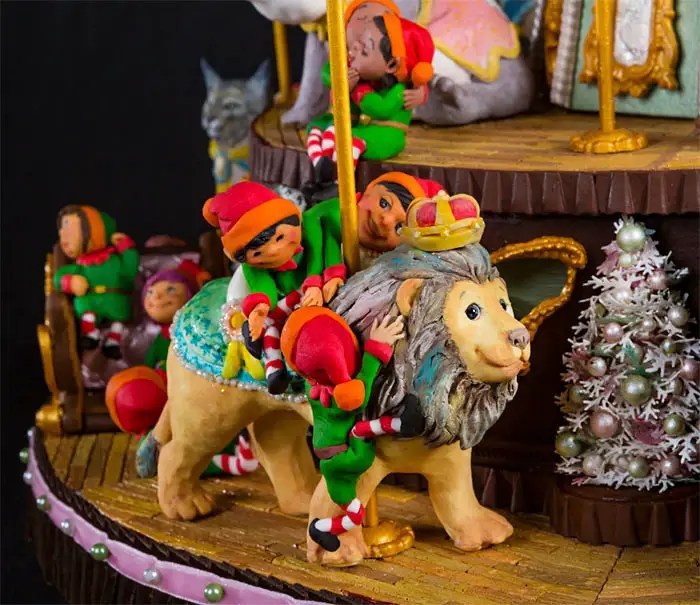 Thanks to AZ central for the detailed pics.

Nonpareil Pet Portrait. One Sweet Beagle Made of 221,184 Colored Sprinkles.

15 Great Holiday Gifts For Grinches. Or The Hippest Stuff For Haters.

The 10 Best Modern Nutcrackers for Christmas