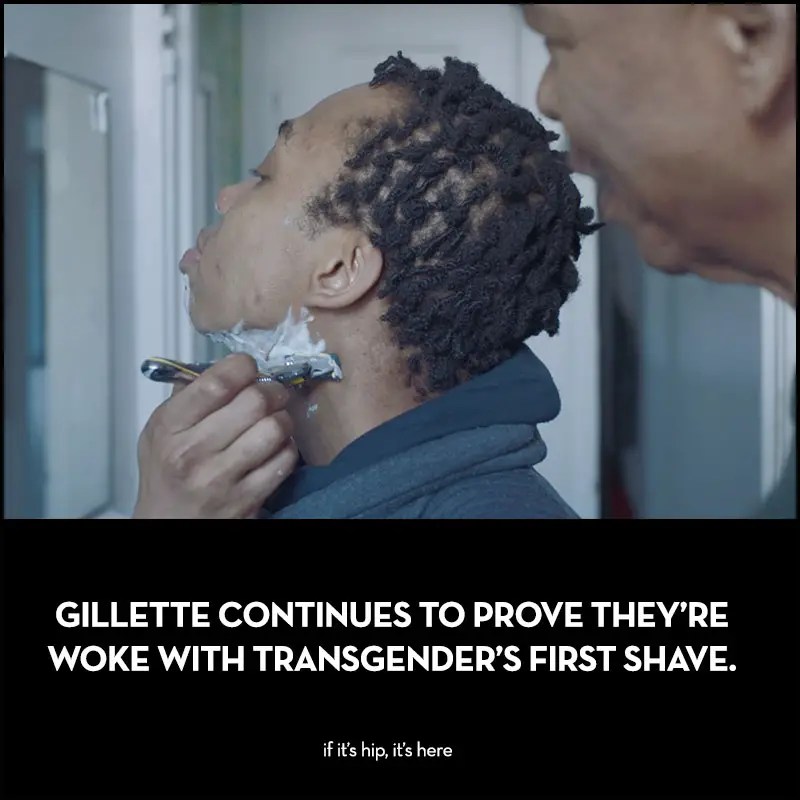 I still remember the public shock in 1994 when IKEA ran their first ad featuring a gay couple, “Dining Room” directed by Paul Goldman. Created by then CD Greg DiNoto, ACD Kathy Delaney, CW Dallas Itzen and AD Patrick ONeill of Deutsch NY, the breakthrough ad had to be pulled off the air as a result of a bomb threat.

That was 25 years ago and today I saw an ad for Gillette, ‘My First Shave,’ featuring a transgender youth and his real life father. The spot is the latest from Gillette whose Anti-bullying message earlier this year caused many to boycott the brand for being too political. 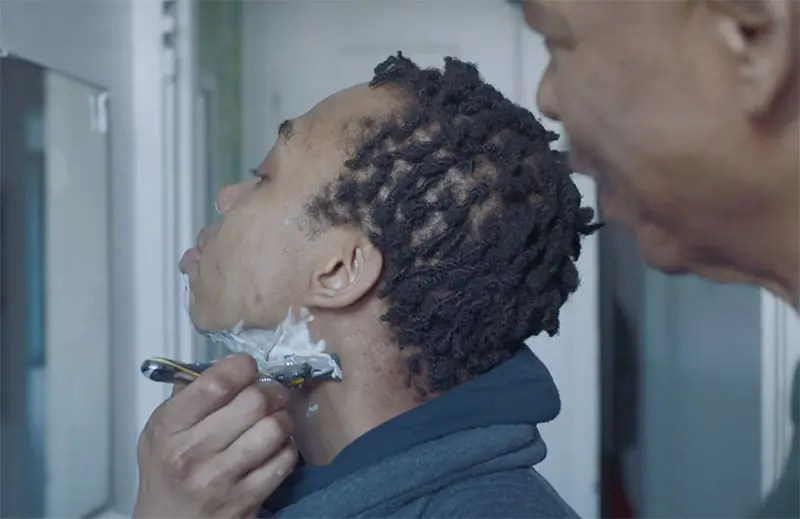 This past January, Gillette made international headlines earlier when it released a short film on toxic masculinity, making a big statement about the rise of the Me Too movement:

Many praised the initiative, but it also caused many to boycott the brand for being too political. Some people began using the hashtag #BoycottGillette, proclaiming they’d never buy the product again. But that hasn’t stopped Gillette from proving they are ‘woke.’ Despite backlash from the short film above, Gillette continues to prove they do not fear the ignorant. The brand’s latest commercial features transgender Samson Bonkeabantu Brown and his real father in a very touching commercial about shaving.

First Shave, the story of Samson | #MyBestSelfPosted by Gillette on Thursday, May 23, 2019

The star of this ad posted the following on his facebook page:
“I shot this ad for Gillette and wanted to include my father, who has been one of my greatest supporters throughout my transition, encouraging me to be confident and live authentically as my best self.  With the help of Gillette, I was able to share an important milestone in every man’s life with my father. This moment overwhelmed me during filming and again today seeing the ad since it’s been launched. I’m keenly aware of how blessed I am to be able to exist in this world being supported by my family in ways that all too often many of my trans brothers, sisters, and siblings who exist outside the binary are not always as fortunate.

I am confident that this ad will encourage many of my trans siblings and fill them with the knowledge that our existence in this world can be filled with the love and support we deserve.

Be good to yourselves. Love yourselves. And know that when you greet the world with love, it can and will love you back, often in the places you least expect.

It’s rare that I find myself commending a brand for its fearlessness, but Gillette most certainly deserves it in today’s controversial climate. The Five New Celebrity Disney Dream Portraits by Annie Leibovitz – And A Look Behind The Scenes.