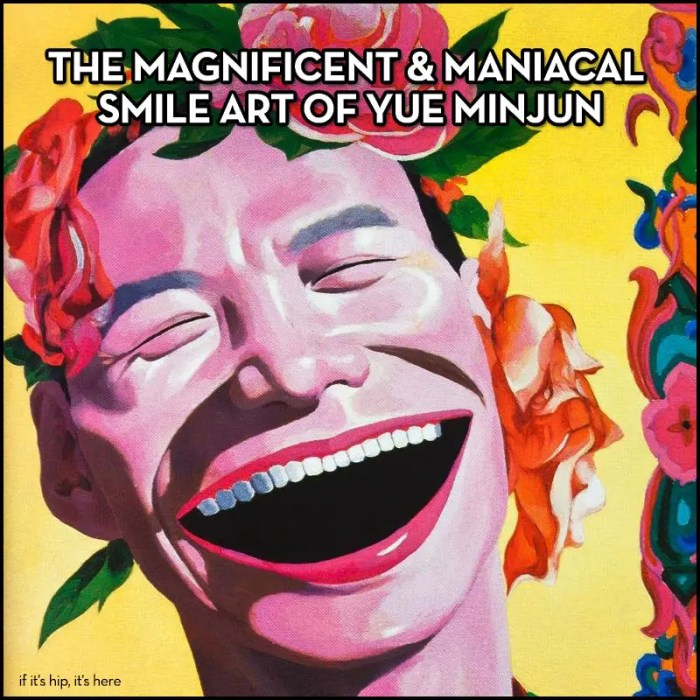 According to Twitter, trending today is the fact that it’s National Smile Day. What better day than this to introduce you to the Smile paintings and sculptures of contemporary Chinese artist Yue Minjun.

Yue Minjun (b. 1962, Heilongjiang, China) has been quoted as saying, “I always found laughter irresistible.” The artist is best known for his simultaneously magnificent and maniacal oil paintings and sculptures depicting himself with an enormous toothy grin.

One of the leading figures in the Beijing-based movement of “Cynical Realism” that emerged following the 1989 student demonstrations in Tiananmen Square, Yue Minjun has since become a leading figure in the Chinese contemporary art scene and has exhibited all over the world.

Recognized as one of the breakout stars of his generation, he has managed to turn his surrealistic iconic smiling self-portraits into a signature motif and gained an international following. He has also recreated this motif in sculpture and watercolor. 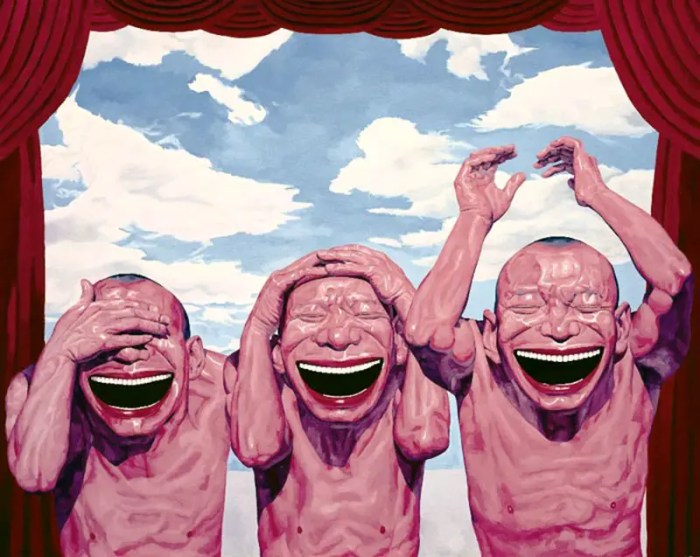 In his earlier work, surrealism and pop art had clear influences on him. His self-portraits from the 1990s were the first to depict his easy, automatic smile, but the figures’ warmth masked underlying emotions. As time passed, his smile works evolved to clearer depictions of irony and absurdity with their toothy, grotesque grins and pink, almost scalded-like skin. Drawing connotations to the disparate images of the Laughing Buddha and the inane gap toothed grin of Alfred E. Newman, Yue’s self-portraits have been describe by theorist Li Xianting as “a self-ironic response to the spiritual vacuum and folly of modern-day China.”

His first American museum exhibition was back in 2007 at Queens Museum of Art and aptly titled “Yue Minjun and the Symbolic Smile” and introduced the U.S. to his laughing doppelganger:

The following photos are gallery views of his works from his 2011 show, The Road, at PACE Gallery, Beijing: 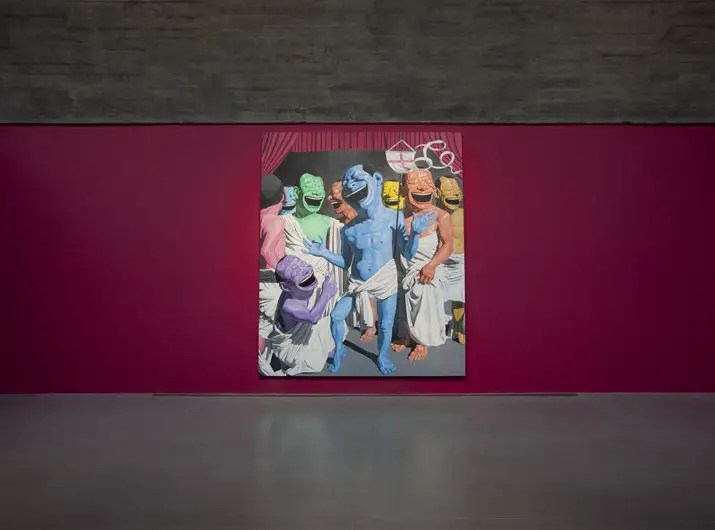 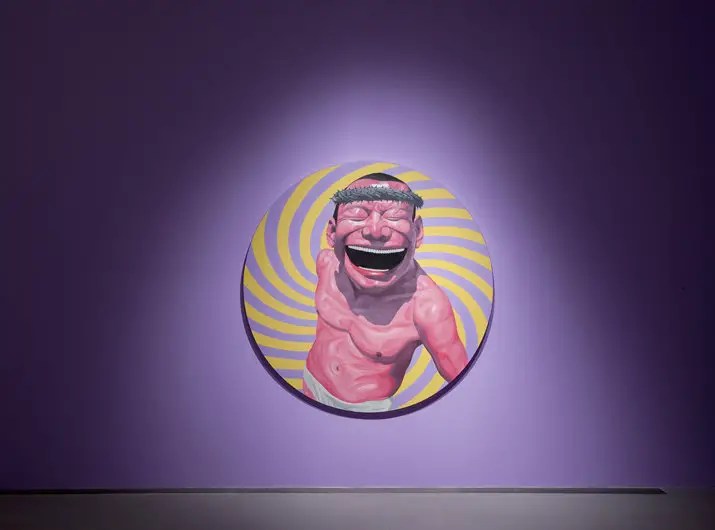 Yue has also been continuing his Landscape with No One series in which he removes figures from historical Chinese socialist paintings and well-known Western paintings. He states, “Those typical socialist paintings in China looked very realistic but were indeed surreal. They served for heroic fantasies, and the images of great people or the heroes in the paintings could well justify the fabricated scenes.” – Pace Gallery, Beijing

The Human Hair Jewelry by Melanie Bilenker Is Anything But Macabre