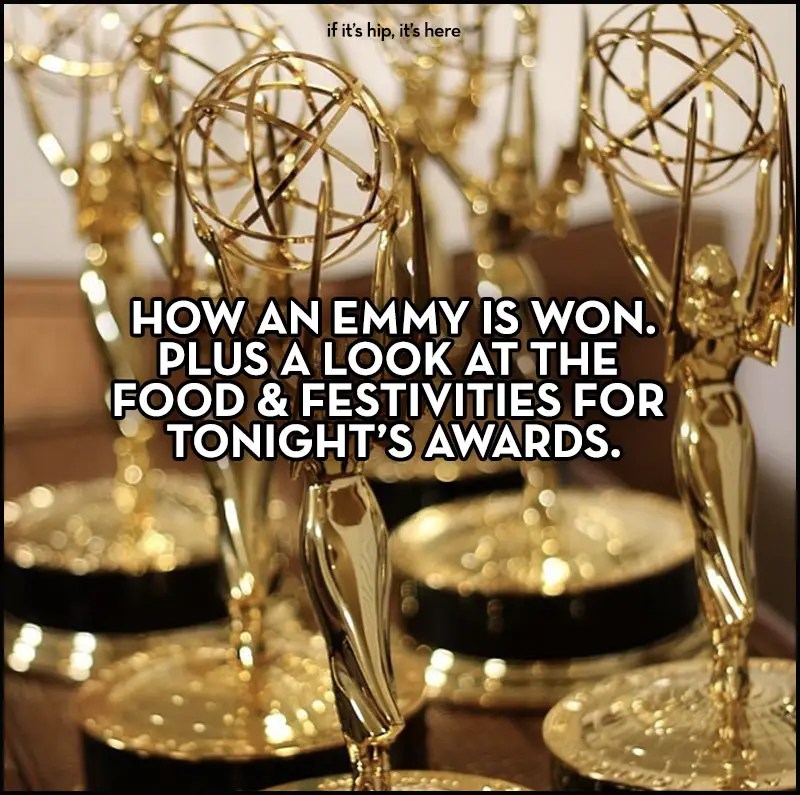 The 71st Emmy Awards will be presented tonight Sunday, September 22 on  the Fox network at 5pm ET / 8pm PT. The 2019 Primetime Emmy® Awards, honoring the best in television, will be held at the Microsoft Theater in downtown Los Angeles today (where it’s already 80 degrees at 10am).

The theme for the 71st Primetime Emmy® Awards is “Brilliance In Motion” and the countdown has already begun with the Official Emmys Red Carpet (which is actually purple) pre-show airing on People.com and coverage starting today at 4pm.

The Primetime Emmy Award is a symbol of peer recognition from over 24,000 Television Academy members. Each member casts a ballot for the category of competition in their field of expertise.

This year HBO’s “Game of Thrones” slashed its way to a record-setting 32 Emmy nominations (that includes the Creative Arts Emmys given out on the 14th and 15th of September) for its eighth and final season, leading HBO back to dominance over Netflix.

So many great shows and performances worthy of winning this year from GoT, Chernobyl and When They See Us to Killing Eve, Fleabag, Schitt’s Creek, Mrs. Maisel and Barry.

An infographic from the Television Academy explaining how an Emmy is actually won:

The eats for the Governor’s Ball is coming from Patina for the 24th year in a a row.

Cheryl Cecchetto, founder and president of Sequoia Productions, the company behind the ball told Fox News that while past iterations of the ball have incorporated a sit-down-style dinner, this year they’re switching it up, changing with the times.

The vegan options will be ample, too. Servers will mix it up with plant-based Beyond Meat sliders topped with caramelized onions. Guests will also be able to select from chicken sliders in what Cecchetto called “an easy, approachable menu.”

Should you care to watch the 15 minute video of the full nominations for the 12 categories, you can find that here.

How the Emmy statuette is made:

Today at 4:40 Pm, the Academy will be broadcasting live from backstage at this link

Best Pics from The Royal Wedding of Harry and Meghan