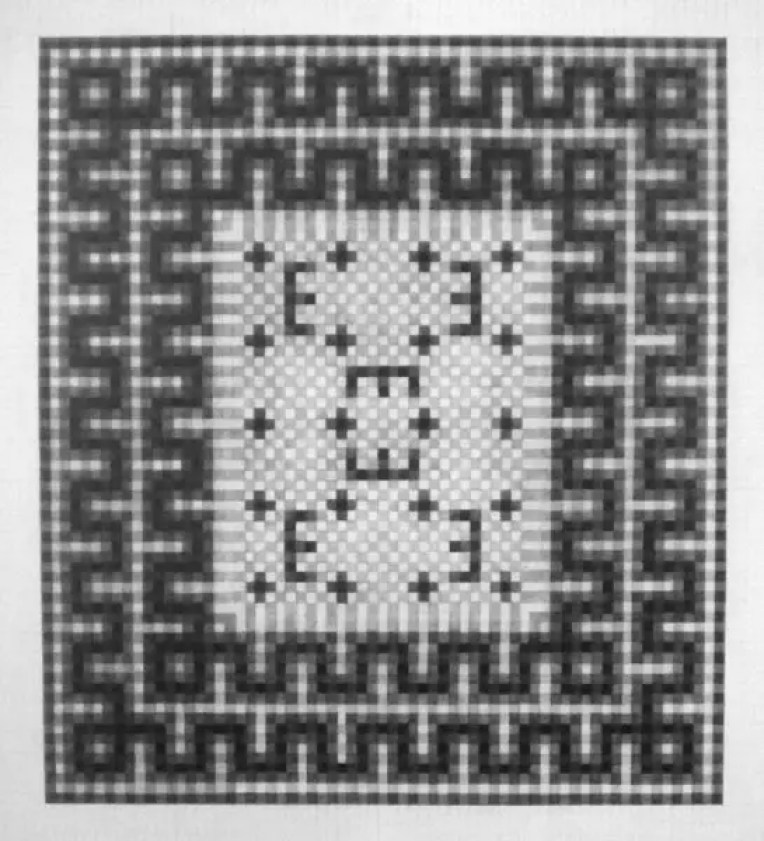 “I have not used color in my work for 10 years but have stumbled across a method to make my grayscale palette bleed chromatic hallucinations,” says Beltz. 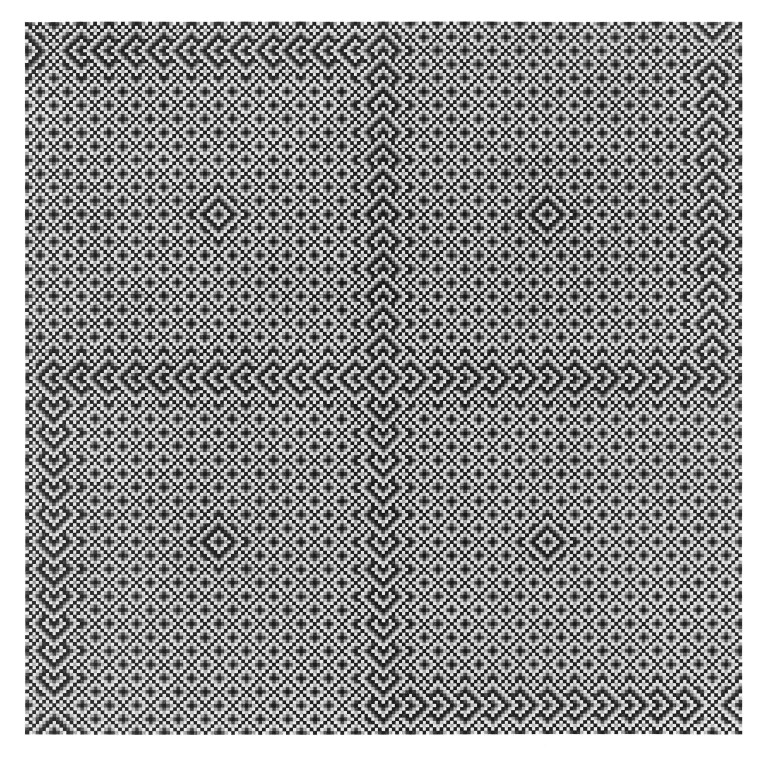 detail from above piece: 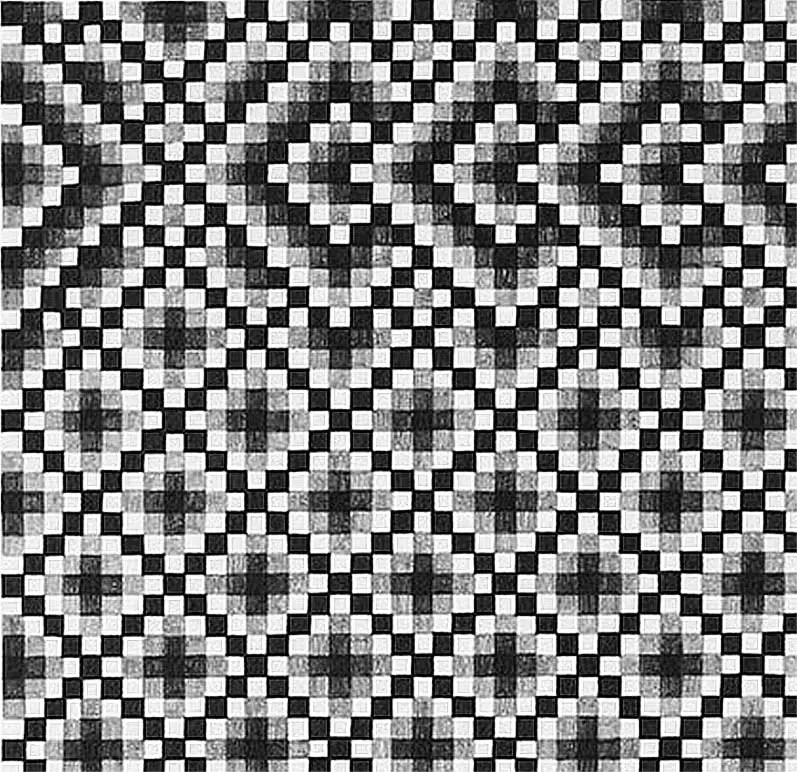 A review of his work in Art In America Magazine describes it as “focused largely on our nation’s foundational myths and its flawed founding fathers” and that his Elementary Forces continues to engage with and undermine Americana, especially the four drawings based on needlework samplers. The article goes on to say that Beltz’s adaptations (made by meticulously shading small gridded squares) demonstrate his handwork skills, much as colonial samplers showed off the talents of the girls and women who made them, but Beltz tweaks both form and content. Applying his technique to a low-tech craft yields a marvelous kind of analog pixelation, an Op-art buzz that nods simultaneously to its manual source and to its digital counterpart. While channeling the past, he ironically declaims the merits of historical amnesia, as conveyed by the truism pseudo-stitched on Elementary Forces 4: “Happy is that people who have no history.” 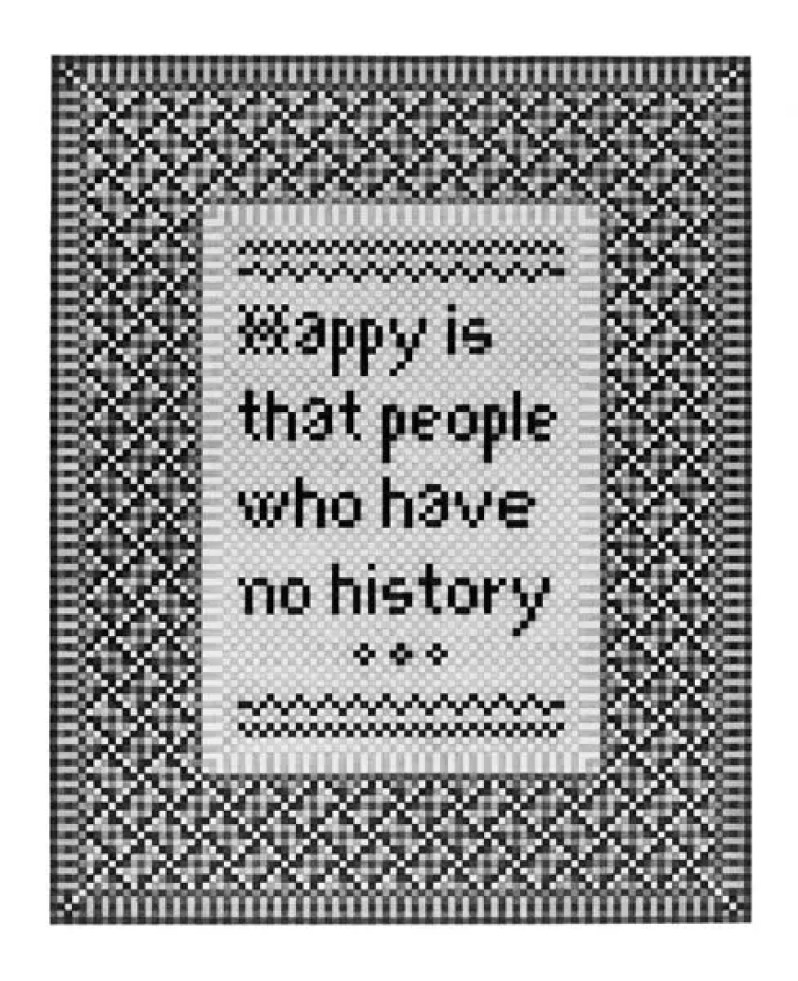 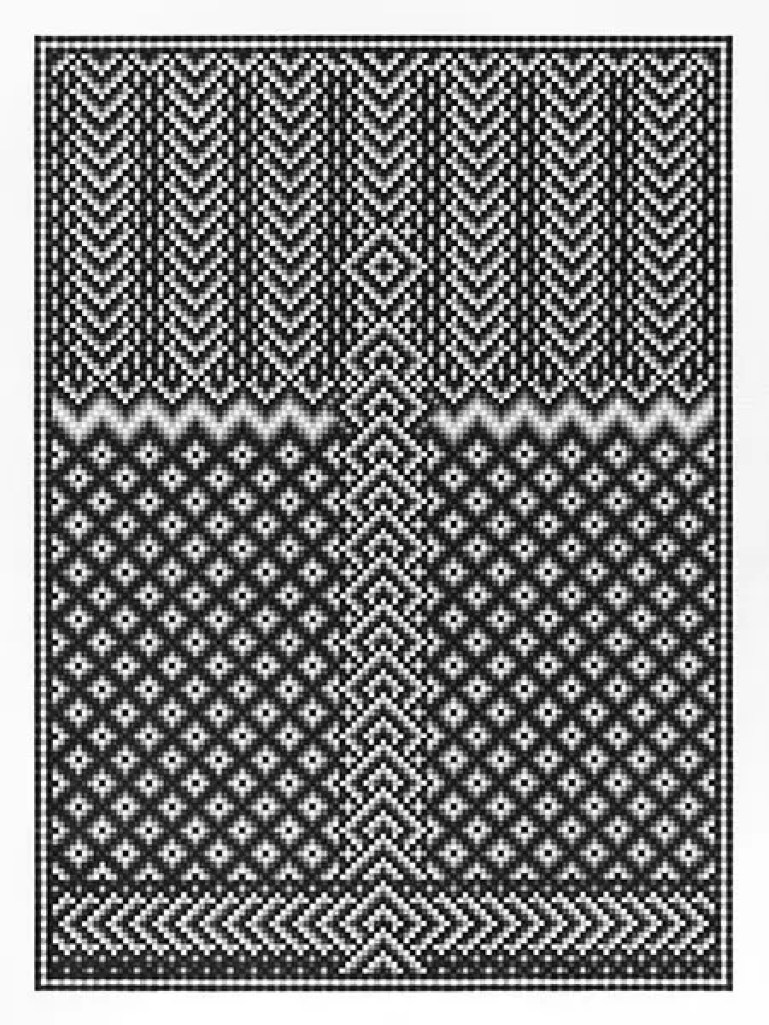 About the Artist (courtesy of Koplin Del Rio Gallery):
Beltz received his MFA from UC Santa Barbara where he currently teaches drawing in the Department of Art. His work has been featured in Art in America, Juxtapoz, Flaunt Magazine, and others. His work has been shown in galleries and museums across the United States and is held in the permanent collections of the Nerman Museum (KS), the Progressive Collection (OH), and the Santa Barbara Museum of Art (CA). Eric Beltz is the current Artist in Residence at the Art Design & Architecture Museum at the University of Santa Barbara.