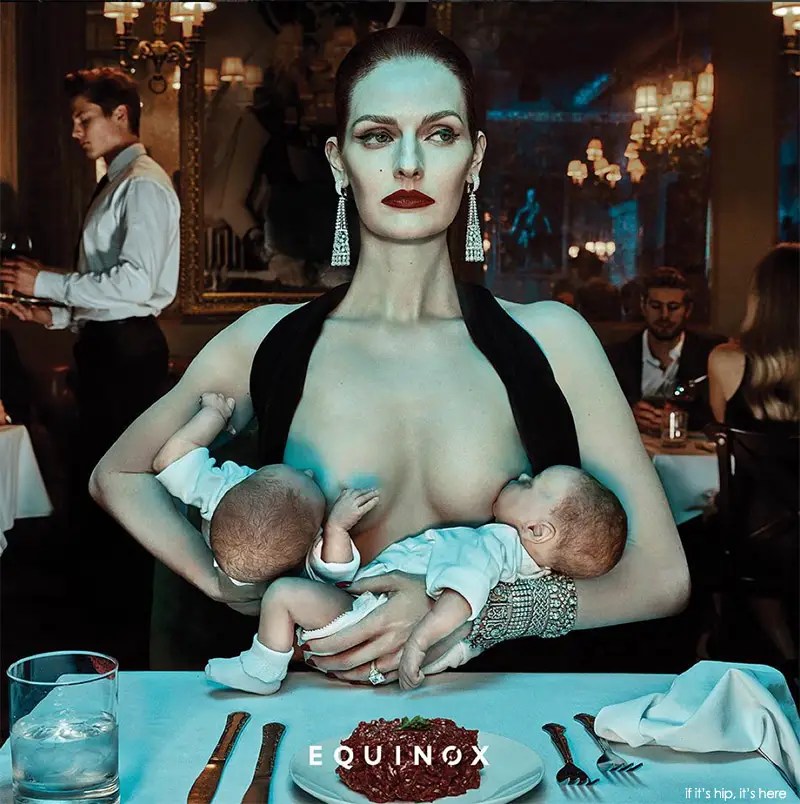 Equinox, the high-performance lifestyle leader in the luxury fitness category, is known for risky and provocative ad campaigns. Their newest for 2016, Commit To Something, continues the trend. This latest marketing effort was created by Wieden+Kennedy, New York, who has created the past four ad campaigns for the fitness chain.

Equinox members love commitment. The people who tend to be at the top of their industries and inside the gym they are every bit as passionate. The problem is, the idea of committing to a workout isn’t a particularly sticky idea. What makes commitment interesting, was taking the campaign out of the context of a gym.- W&K

The provocative new campaign, a collection of seven images shot by world renowned fashion photographer Steven Klein, displays the powerful, conscious, human expression of commitment. The ads run with the words “Commit To Something” across them, but here I am sharing the unembellished photographs. 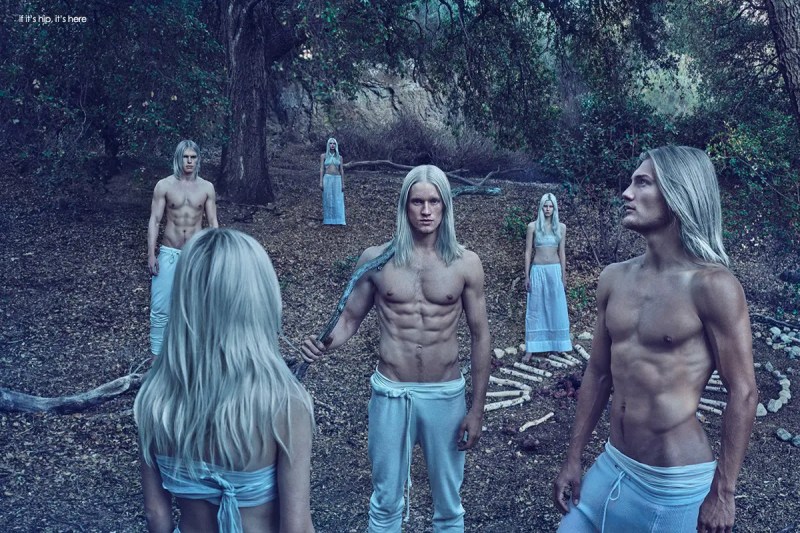 Equinox believes in a world where ‘commitment’ is a worthy pursuit. The state of consumer tendencies today demonstrates a modern-day aversion to loyalty. A notion that committing to nothing is the best way to get something. Equinox sees it another way: Commitment is achievement. It is a discipline. It is about having deliberate intentions and following through. The brand, which prides itself on providing an unparalleled experience for members to discover their maximum potential, challenges campaign viewers to take action, to start committing, to celebrate the attitude and merit of dedication.

“Equinox is about commitment, we are obsessed with it, and we challenge our members to know who they are and what they want. It’s not just about fitness – it’s about life. The concept of commitment is bold, incredibly powerful, and it’s real, especially in a world today where commitment is lacking,” says Carlos Becil, Equinox Chief Marketing Officer. The striking campaign celebrates various forms of commitment, addressing socially relevant issues including activism, sexuality, lifestyle choices and women’s rights. Steven Klein effectively captures the brand’s masterful and bold personality through his skillful lens. Each of the seven images tells a different story about commitment. From a young mother unapologetically breastfeeding in public (portrayed by Lydia Hearst), to an activist who is seen fearlessly taking a stand for her cause (featuring Bianca Van Damme, daughter of Jean-Claude Van Damme), to a male-cheerleading champion who wasn’t threatened by a stereotype and dedicated himself to winning in his own way (featuring MMA fighter Alan Jouban). All vignettes are a virtuous expression of taking deliberate action and going “all in.”

“It is the responsibility of advertising to communicate modern times and social issues. This campaign addresses today’s issues and social commentaries, which is a powerful approach instead of portraying people as superficial objects with no narrative,” says fashion photographer Steven Klein. Klein’s work has appeared in Vogue, W and Interview magazines, and his subjects have included Brad Pitt, Madonna and Kate Moss, to name a few. “It was an easy decision to work Steven on the campaign,” says Elizabeth Nolan, Equinox Executive Creative Director. “His reputation as a fearless and defiant creative talent was exactly the right fit for a brand as provocative as Equinox.”

Adweek reports that the campaign will also continue in a series of animated “minifestos” telling quirky stories of commitment rolling out online and on social channels over the next couple months.

“We’re not setting out to create fitness advertising,” said Ms. Nolan. “Our tagline is ‘It’s not fitness; it’s life,’ and the work brings that to bear.”