above: American Indian made of apple, cucumber, bread crust, plum and lemon peel

The talented Ioana Vanc has given us some spoonfuls of art to eat up. Her miniature edible compositions use a large serving spoon as their backdrop and are incredibly impressive.

She enjoys making small art pieces using everyday objects and says it relaxes her. She claims that she wants to push herself to be more creative and make her food art more interesting and fun. I think she’s pretty much there already. Take a look.

Parrots made of apple, cucumber, eggplant, orange and bread crust: Batman made of eggplant, apple and ham: Iris Apfel made of black radish, cucumber, ham and apple: Grasshopper made of cucumber and bread crust: Lazy Red Panda made of white and black eggplant, bread crust and pear: 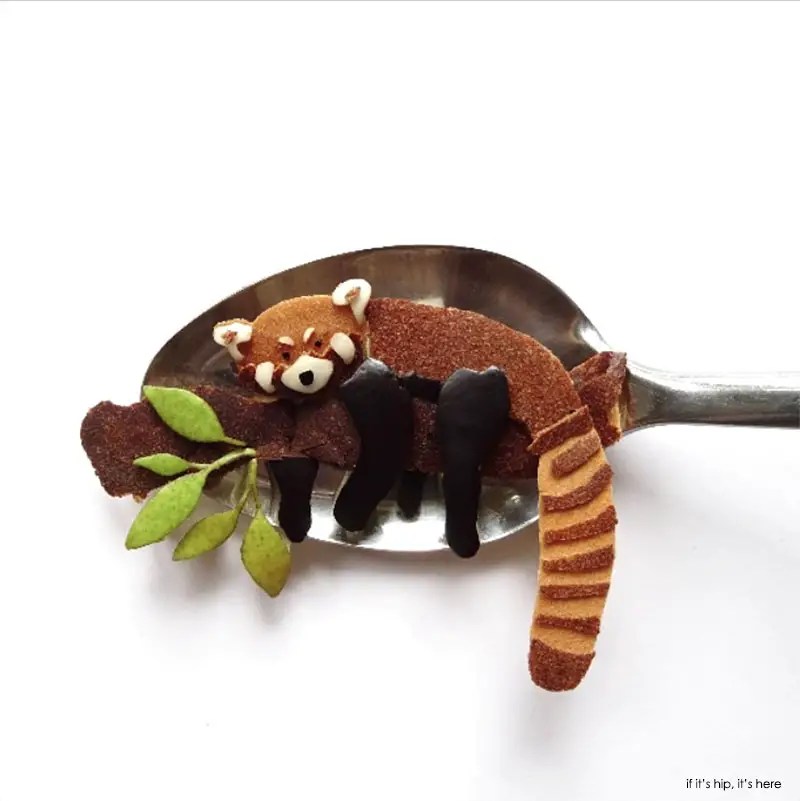 Zebras in the wild made of apple, cucumber, eggplant, kiwi and kohlrabi: Elephant Safari at Sunset made of carrots, apple and black radish: Karl Lagerfeld made of eggplant, ham, apple and kohlrabi: Kermit the frog made of pear and apple: Little Houses made of radish, carrot, apple and kohlrabi: 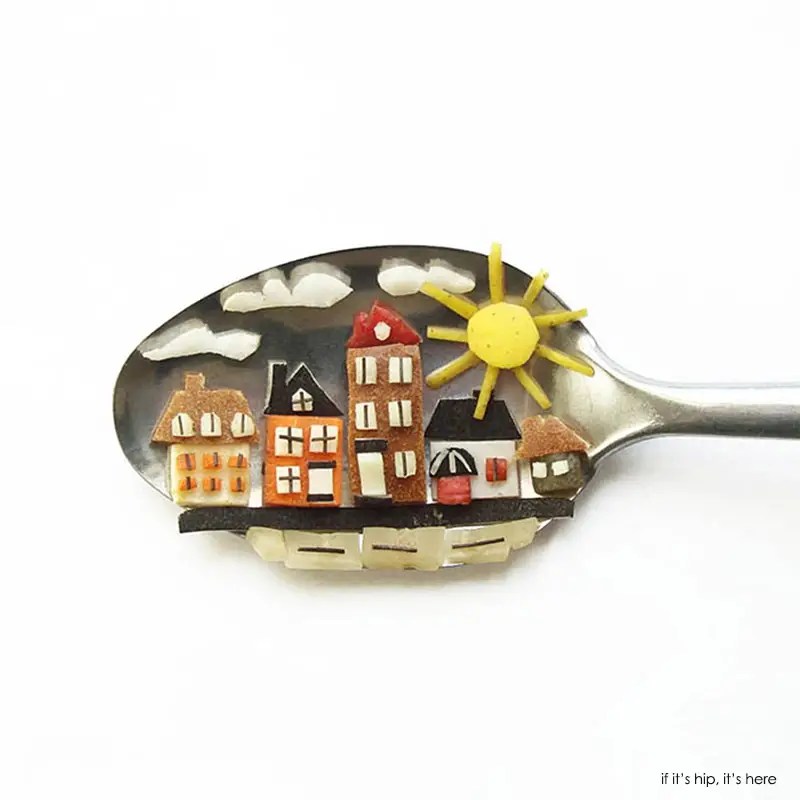 Audrey Hepburn made of black radish: 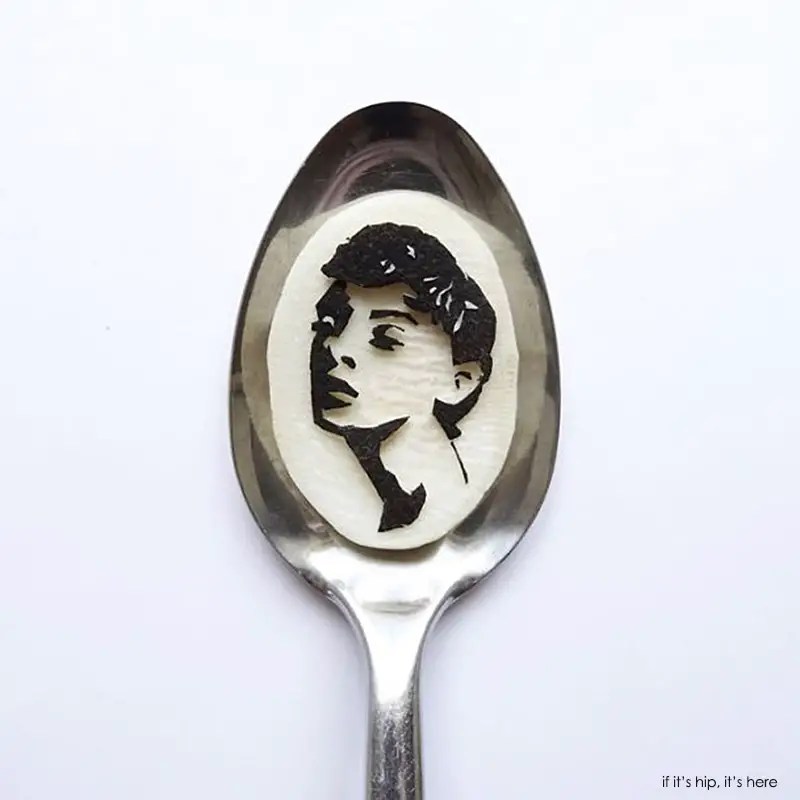 Pandas made of eggplant, cheese and cucumber: Radish flowers made of radishes: 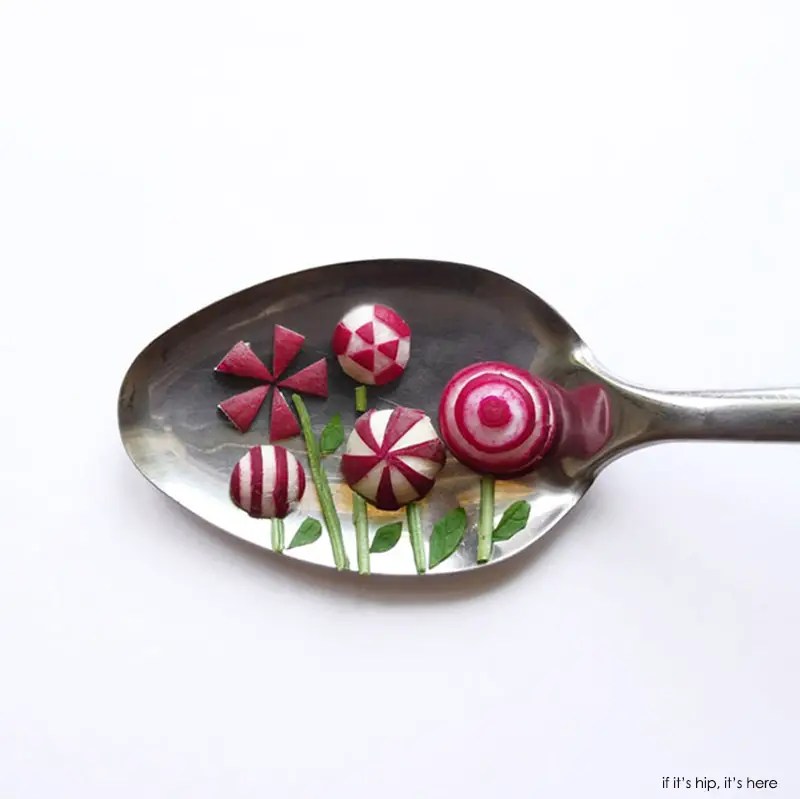 Discovered as a user submission to Bored Panda by the artist

What You Should Have Read, Listened To, Watched and Eaten Last Year.