Secret Garden III is the third in a series of short films that tell the story of an enduring love between fashion house Dior and Versailles using the music of Depeche Mode.

It started, from the House’s creation, with the fascination Christian Dior held for the 18th century and has continued from year to year ever since. A fashion show in the chateau’s Orangerie in 2007, photographs by Patrick Demarchelier immortalizing the House’s most emblematic dresses in the palace of the Sun King in 2011, the two landmark “Secret Garden” campaigns unveiled in 2012 and 2013… the list goes on. And the story continues today. For this third “Secret Garden” opus, the photographers Inez van Lamsweerde and Vinoodh Matadin transport the Dior pre-fall 2014 collection into a setting that resembles it perfectly: refined in the extreme and soberly elegant, graphic and colorful, the looks appear utterly at home in Versailles. The purity of their lines echoes the purity of the chateau’s architecture and the famed geometry of its gardens; the richness of their colors reverberates against the salons’ opulent tones. Taken as a symbolic reflection of a Versailles of a thousand faces – with its majestic perspective, the luxurious salons, the multicolor successions of doors, the parkland with its rectangular divisions and hidden corners – the Dior woman is never entirely the same nor entirely different. Embodied by the models Daria Strokous, Fei Fei Sun and Katlin Aas, she is by turns elegant in a black dress and Diorissimo  bag, sensual in Nude  lingerie, contemporary in a pared down A-line dress. 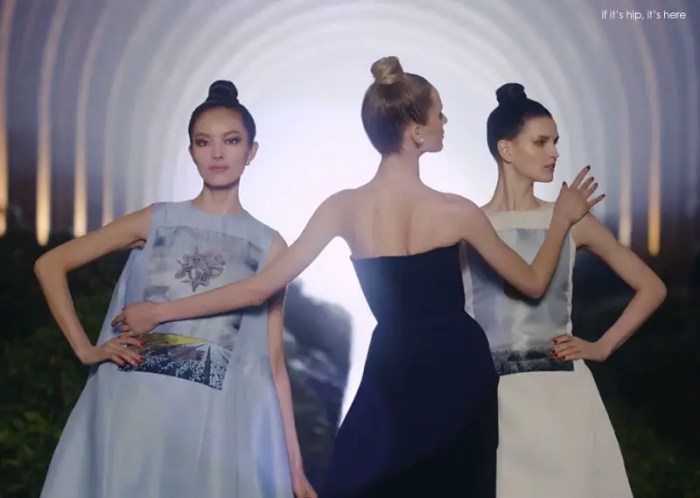 The story starts in the blink of an eye. As the eyes open upon the famed perspective of the chateau gardens and their massive geometries, as on the cusp of a dream, the Dior woman draws the spectator with her around the twists and turns of a secret and amazing Versailles. Carried along by the momentum of such an extraordinary course, to the rhythm of a song by Dépêche Mode, she explores the parkland pathways and the palace hallways, opening their doors into the possibilities of perception, until she takes a hidden passageway and enters into the garden, into he chateau’s orangerie, a secret place where architecture and garden combine in an atmosphere worthy of Dior.

It’s there, at the end of this dreamlike journey, that we see the three faces of the Dior woman. Singular but expressing the same elegance, they evoke the Three Graces, those goddess of antiquity embodying three different facets of joyous femininity who inspired Raphael and Botticelli. Before the camera of Inez and Vinoodh, the harmonious tableau comprised of Daria Strokous, Fei Fei Sun and Katlin Aas revisits these masterpieces with a compulsive modernity. In case you missed it, here’s Secret Garden II – Versailles by Inez and Vindooh for Dior: 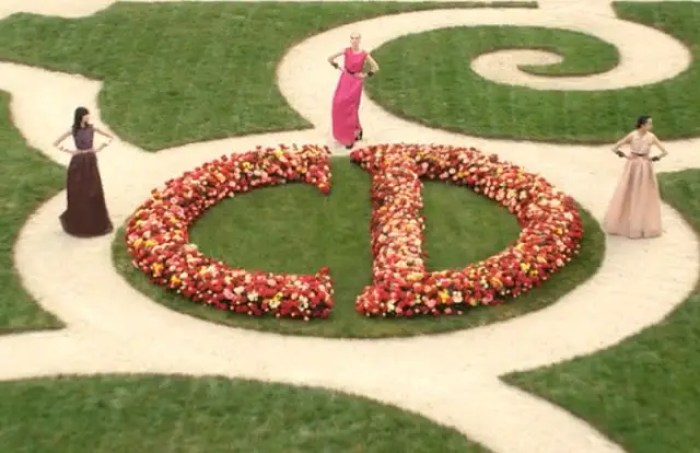