you are here: if it's hip, it's here » inez and vinoodh

The Montreal Museum of Fine Arts is presenting the very first exhibition on the work of French fashion designer and perfumer Thierry Mugler. This retrospective reveals the multiple worlds of this irrepressible artistic figure – his unique fashions, costume designs, photography and more – by looking back at over 140 pieces from his Ready-To-Wear and Haute Couture Collections. END_OF_DOCUMENT_TOKEN_TO_BE_REPLACED

Jennifer Lawrence is gracing the cover of Vogue’s 125th-anniversary September issue not once, but four times. The fashion magazine commissioned four different covers featuring the actress depicted by the some of the world’s best fashion photographers – and one very talented artist – for the celebratory issue. END_OF_DOCUMENT_TOKEN_TO_BE_REPLACED

AnOther Magazine, PCH, Rihanna and Alexander McQueen have collaborated to bring the latest new technologies to a traditional magazine format. A complete limited edition print magazine with a digital tabloid cover in which you can plug in your speakers or headphones and play/pause, scroll forward/back and control the volume. END_OF_DOCUMENT_TOKEN_TO_BE_REPLACED

Secret Garden III is the third in a series of short films that tell the story of an enduring love between fashion house Dior and Versailles using the music of Depeche Mode. END_OF_DOCUMENT_TOKEN_TO_BE_REPLACED 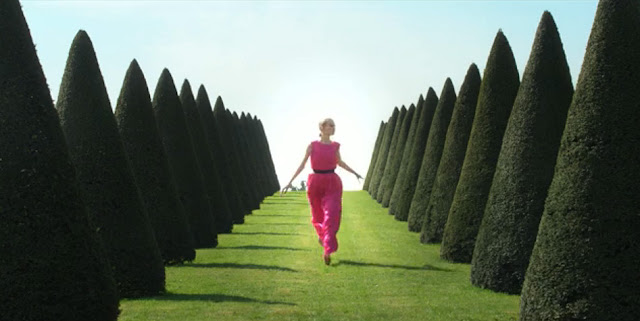 Secret Garden. With a great song by Depeche Mode, stunning couture, sexy models and the luxurious Versailles Palace and Gardens as a backdrop, how can you go wrong? END_OF_DOCUMENT_TOKEN_TO_BE_REPLACED

above: model Eniko Mihalik made up and lit to appear both 10 years old and 60 years old

This beauty editorial is not new. It’s actually from Paris Vogue, November 2008, but it’s so interesting, I wanted to share it with you. END_OF_DOCUMENT_TOKEN_TO_BE_REPLACED

above: Inez and Vindooh in a self-portrait for Lanvin, 2010

Double Dutch: The Photography of Inez and Vinoodh. Fashion photographers, artists and directors, husband and wife Inez van Lamsweerde and Vinoodh Matadin met at The Art Academy in Amsterdam in the mid 1980s. Working formally together since the early 1990s, they have now been together personally and professionally for almost two decades. END_OF_DOCUMENT_TOKEN_TO_BE_REPLACED