` Designer Lightsabers As Imagined by Y Studio - If It's Hip, It's Here
Skip to content 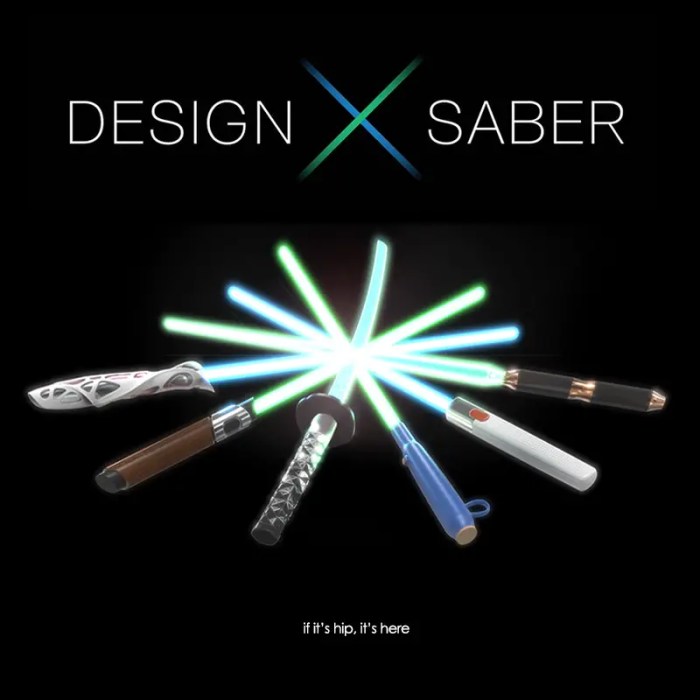 As an homage to these five design heroes who encompass the aesthetic qualities and philosophies valued by the team at Y Studios, this passion project of theirs envisions what a lightsaber would look like if each of them were to design one. The sixth is Y Studios’ own design. 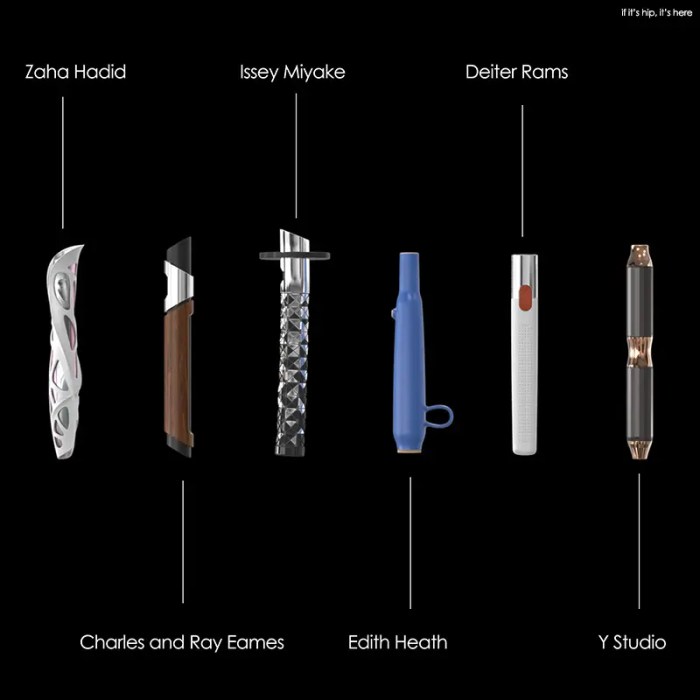 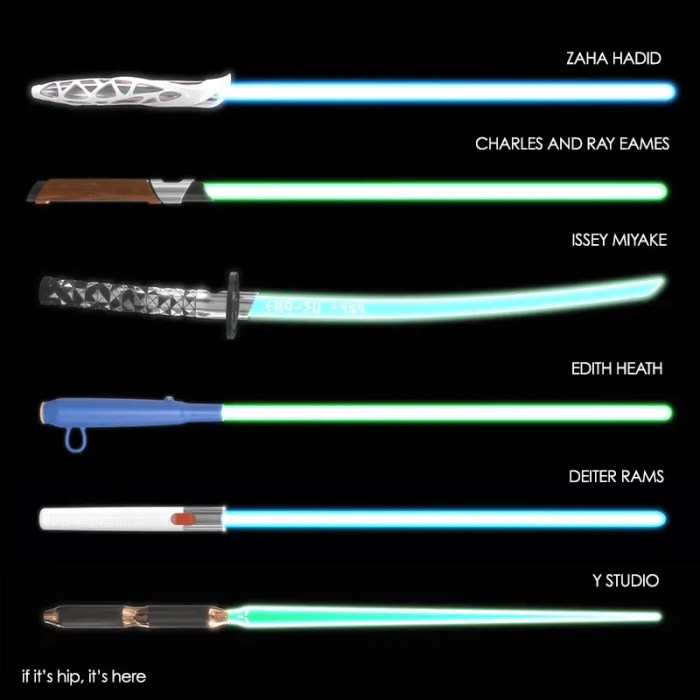 Now, a bit about each one, courtesy of Y Studio.

Zaha Hadid is a trailblazer in the field of architecture. Much of her work is concerned with movement and speed—exteriors that seem to be shaped by the movement inside and around, transforming the external form from the inside out. For the Hadid Saber, we were inspired by the powerful sinewy details of her Superyacht concept for Blohm + Voss, as well as the fluid form structure of the Abu Dhabi Performing Arts Centre. The unexpected form curvature created intricate details that intrigued the mind. From every angle, there is something unique going on.

Charles and Ray Eames were best known for their groundbreaking contributions to architecture, furniture design, industrial design and manufacturing, and the photographic arts. They created some of the most influential expressions of 20th century design in America, many of which remain stylish, fresh and functional today. The classic Eames Lounge Chair by Herman Miller inspired the Eames Saber in its use of molded plywood and leather. The handmade quality and attention to details were key elements we wanted to celebrate in the personalization of a hilt design.

Issey Miyake is a Japanese fashion designer known for his approach in using technology to produce innovative garment construction – the fabric is not cut or sewn but folded into geometric shapes that unfold to create beautiful silhouettes on a body and can change with movement. The Miyake Saber was very much inspired by the Issey Miyake Bao Bao and the simple idea of ‘accidental’ shape where basic pieces of material make up the whole form.

Edith was a talented American ceramicist with a great respect for craft and material. She had a strong point of view on the types of product her company would make — simple, good things for good people. For the Heath Saber, we were inspired by the guiding principles of Heath Ceramics – simple forms and honest materials. The whimsical handle of her famous Studio Cup was a key detail we wanted to incorporate into the Heath Saber to show our appreciation of the practical yet humorous side to design.

Dieter Rams is a German industrial designer who is well known in the design circle for his Ten Principles for Good Design. In his forty-year tenure as Head of Design at Braun, he defined an elegant yet rigorous visual language for its products. His experimentation with new materials and minimalist styling brought grace and dignity to common household appliances. The Rams Saber took inspirational cues from Dieter’s work on the Braun DL5 Shaver. The elegant and minimal form of the Rams Saber embodied the essence of Rams’ philosophy to “design useful products that would be easy to operate.”

The Y Studios design philosophy is simple: we believe in beauty, utility and meaning for everything we design. We want to create simple joys that people will love to use and keep around for a long time to come. Y Studios does not have a design style, nor do we believe in it. We problem solve to create unique ideas that fit a specific purpose. A common element in our work would be simplicity with a twist. The Y Saber reflects that philosophy – simple, purposeful and has visual depth in the details.

All sabers featured in DESIGN X SABER are designed by Y Studios.

The project is presented in a series of six episodes featuring one designer per episode, and a short documentary (shown below) that shows the idea and process behind the work.

They have created a very in-depth dedicated website to the process with short films for each, sketches, images of each designer’s work and more. Check that out here.

Majestic Gemstone Is Jewelry For Your Home: Semi-precious Surfaces and More

When You Wish Upon A Death Star: 12 Visual Parallels Between The Star Wars Movies and Classic Disney Favorites.