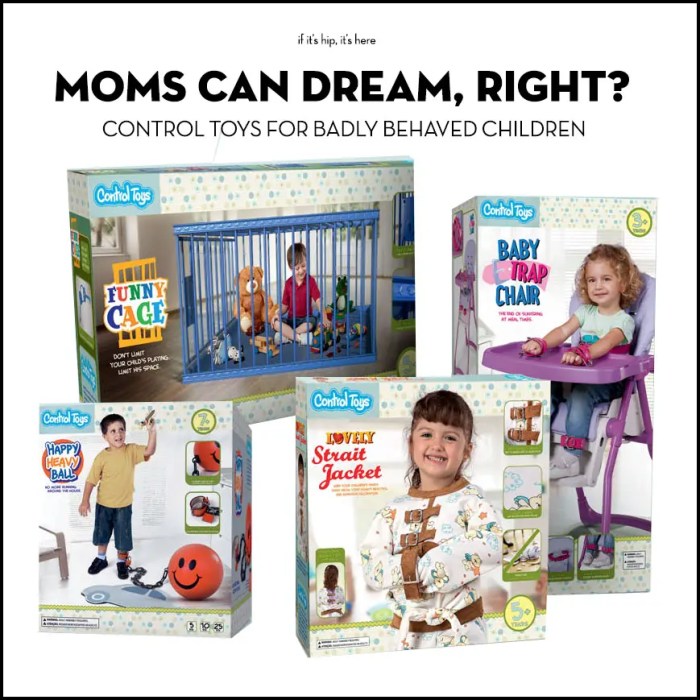 Everyone has a mother. We don’t choose them and they can range from wonderful to wicked. It’s pretty much luck of the draw. But even the Mom with the best-behaved children could use a break every now and then which is why it’s too bad that these hilarious parody products for parents aren’t actually the real thing. 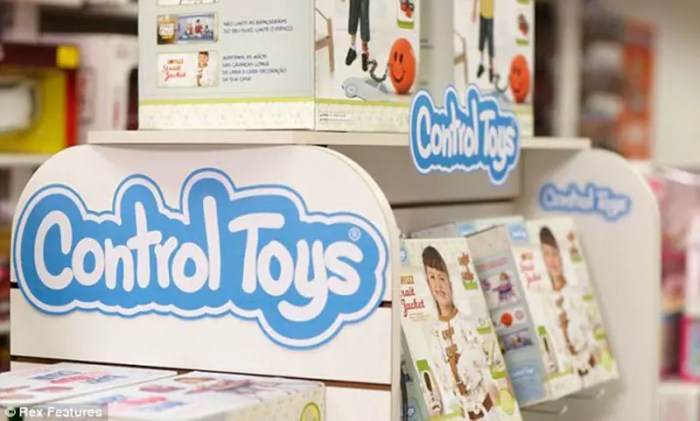 Six years ago copywriter Luis Felipe Figueiredo and Antonio Correa of Publicis Brazil created a successful ad campaign in which a range of child-restraining products appeared in toy stores in Brazil. Window displays and images of the “Control Toys” products immediately caught the eye of the public as visitors to the toy shop were taken in by the seemingly real display of cages, trap chairs, balls and chains and straitjackets for toddlers. You can imagine the shock of some parents (and the secret glee of others) when they saw the range of Behavior-Controlling toys. 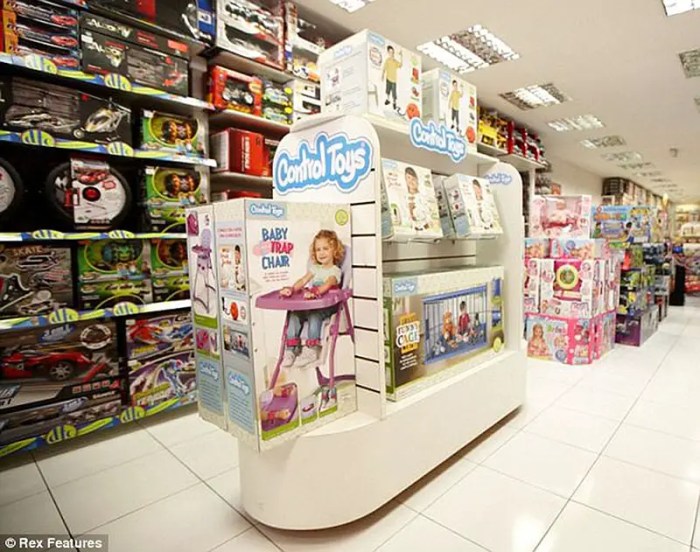 The faux line of products, which included The Funny Cage, The Baby Trap Chair, The Lovely Strait Jacket and The Happy Heavy Ball displayed in stores was part of a novel ad campaign for reality TV show (no longer airing) The Super Nanny. 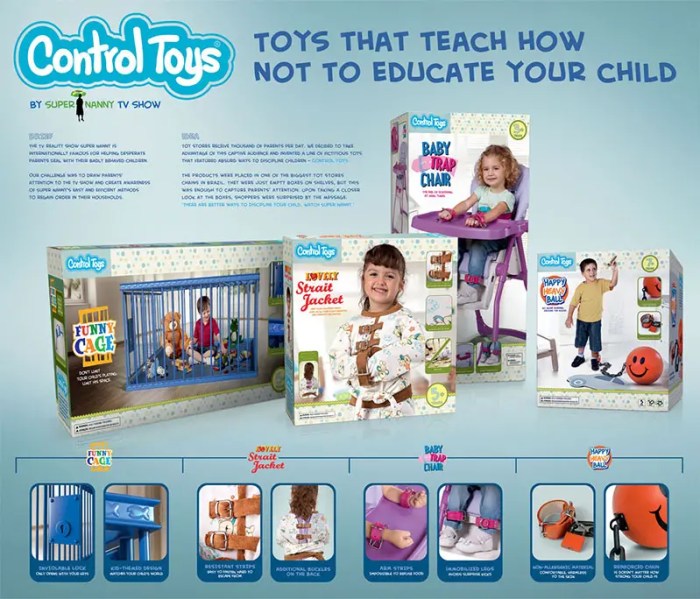 The tagline for the toys? “Toys that teach how not to educate your child.”

Funny Cage :
Shows a picture with a boy playing with his toys inside a cage. ‘Don’t limit your child’s playing. Limit his space’. Baby Trap Chair – A high chair with wrist and ankle manacles with the tagline, ‘The end of suffering at meal times’. 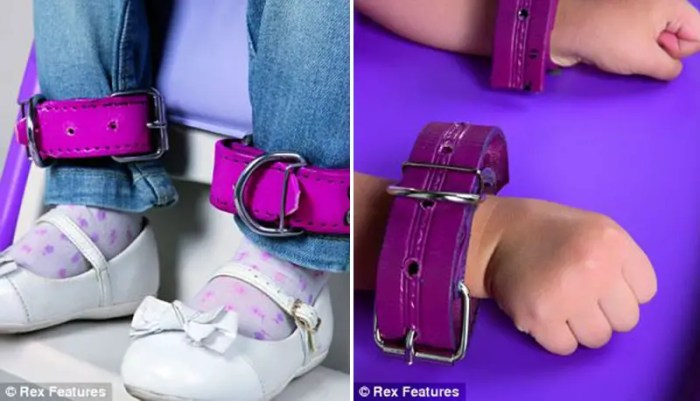 Happy Heavy Ball – A simple ball and chain for the ankle, colored bright orange and with a smiley face on the ball. It claims ‘No more running around the house’. 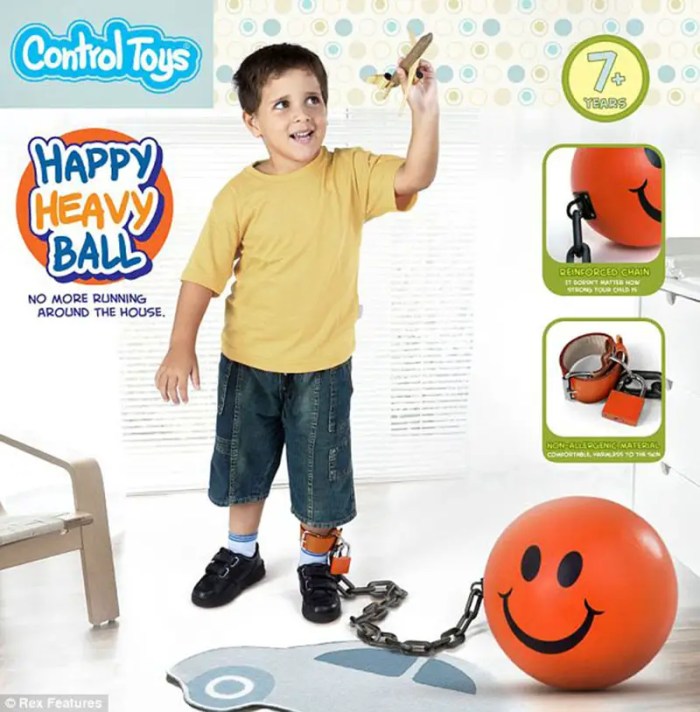 Lovely Strait Jacket – A harness jacket offers to ‘keep your children’s hands away from your home’s beautiful and expensive decoration’. 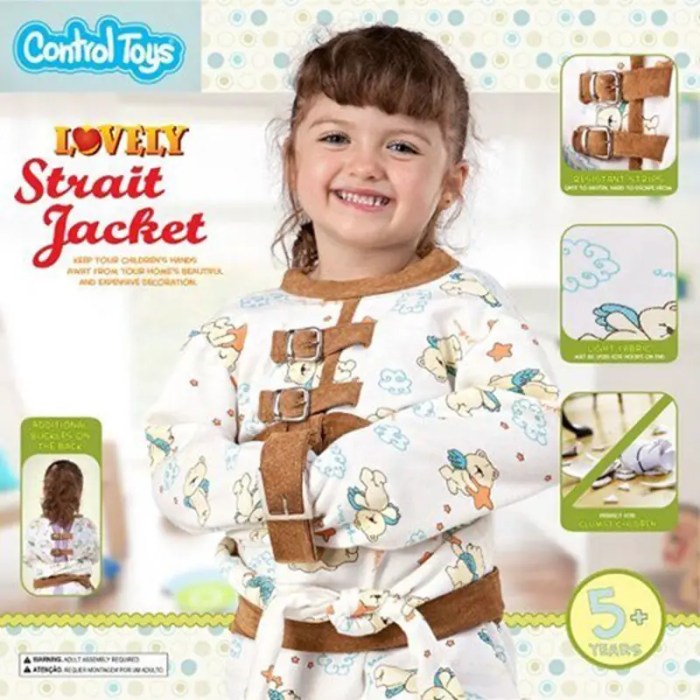 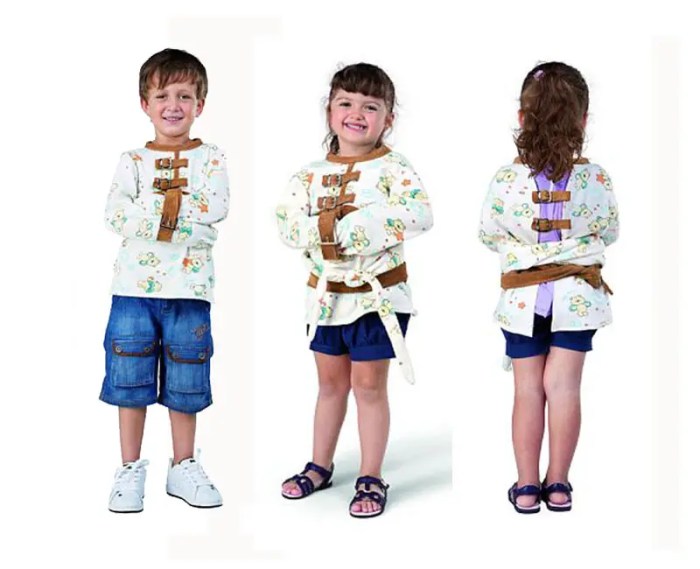 The television spot that ran in Brazil, turned the conceptual corner when it offered up The Super Nanny as the alternative for discipline.

Back to reality. And Happy Mother’s Day!

Inspiring Little Girls Beyond Disney Princesses – The NOT Just A Girl Series by Jaime Moore.