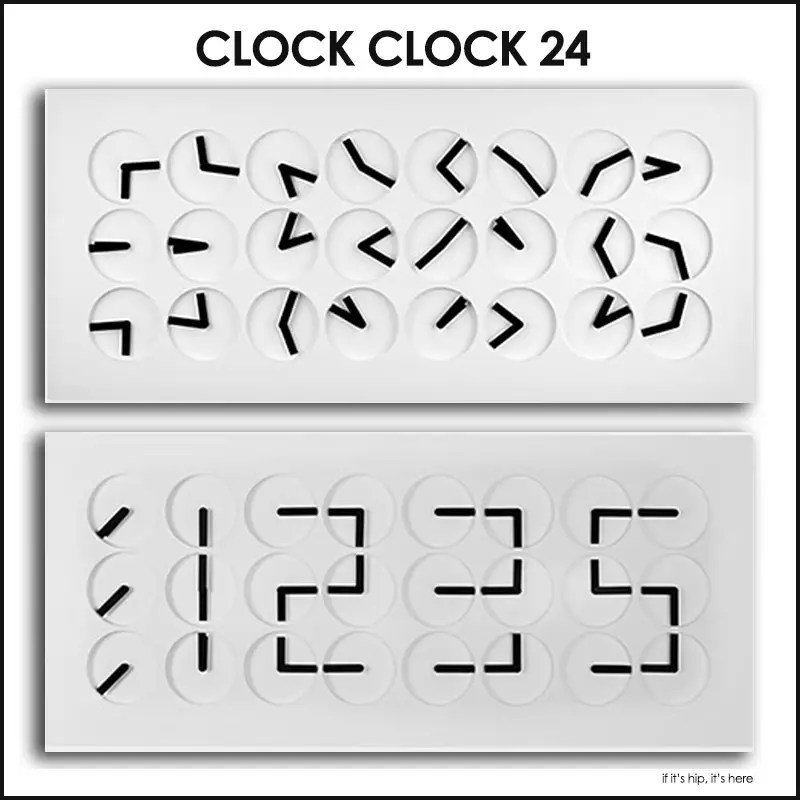 No, those aren’t typos. This piece of functional kinetic sculpture IS called the ClockClock 24 and yes, it costs $6000. The unique timepiece was created by Humans Since 1982, a Swedish design studio who has earned a reputation worldwide for their kinetic sculptures and installations which revolve around time.

Created for Chapel of Sweden, the hypnotically mesmerizing clock is a marriage of analog and digital. Inspired by the one-off version shown below as part of an exhibition, they’ve now created one for consumers.

Twenty-four round clocks made of Corian, each with black hands, come together to create one giant digital display. 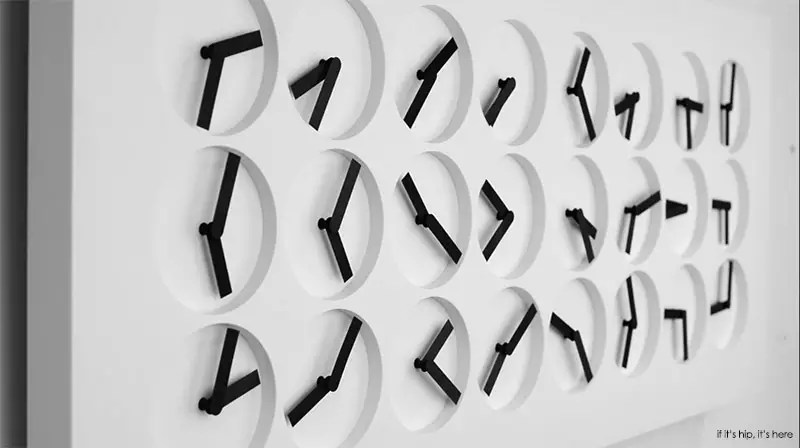 The clock hands are choreographed, moving in synch, stopping every 60 seconds to form the military time in big, squared off numerals. Can be set for 12- or 24-hour time in three different modes: minimal, medium or elaborate movement between minutes. Includes USB power adapter.

Shop for this and other great clocks here at Clock Forward

Animal Pocket Knives by David Suhami & How To Get One Of Your Own.