` Chipotle's Cultivating Thought Illustrated Essays - If It's Hip, It's Here
Skip to content Chipotle is serving up some food for thought. Next time you eat at the restaurant chain, you’ll be exposed to Chipotle’s Cultivating Thought, a project that prints essays and illustrations written by well-known authors and comedians upon the paper cups and paper bags, giving you something to digest other than Mexican food. 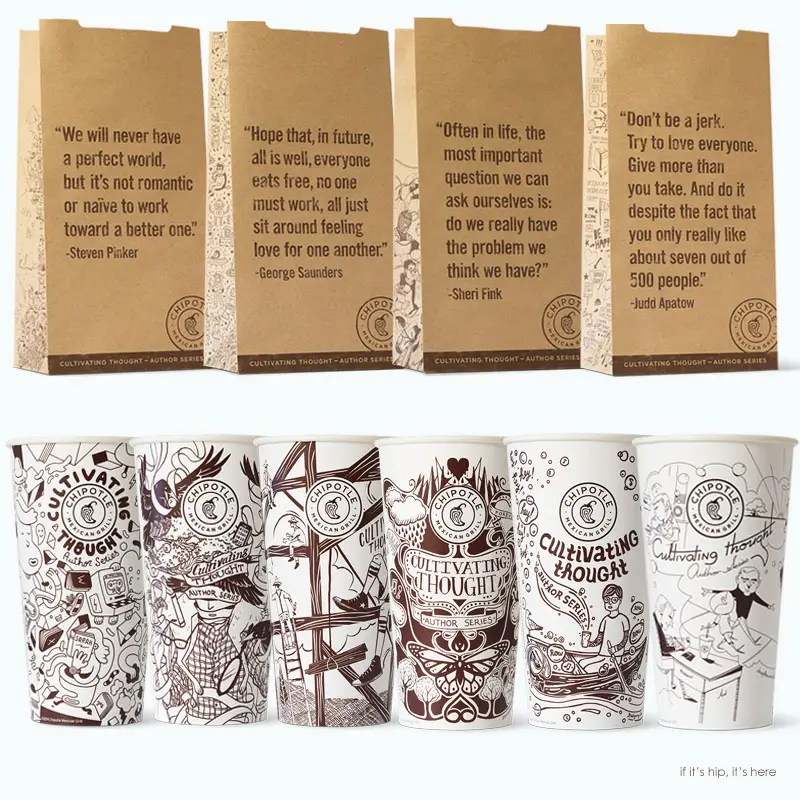 A ways back, writer Jonathan Safran Foer (about who beautiful New American Haggadah I have blogged) found himself eating at a Chipotle without anything to read. This inspired a thought. What if there were something truly good to read on his Chipotle cup? Or the bag?

Having met Chipotle’s C.E.O, Steve Ells, a few years earlier, Foer sent off an e-mail in which he wrote the following:

“‘I bet a shitload of people go into your restaurants every day, and I bet some of them have very similar experiences, and even if they didn’t have that negative experience, they could have a positive experience if they had access to some kind of interesting text,’” Foer recalled. “And unlike McDonald’s, it’s not like they’re selling their surfaces to the highest bidder. They had nothing on their bags. So I said, ‘Wouldn’t it be cool to just put some interesting stuff on it? Get really high-quality writers of different kinds, creating texts of different kinds that you just give to your customers as a service.’”

Ells not only embraced the idea, but he put Jonathan in charge of curating and soliciting the hippest contemporary authors and illustrators to embellish Chipotle cups and bags with short stories/essays and art. And voilà! Chipotle’s Cultivating Thought was born. Here’s a close look at all the cups and bags. (The stories can be read larger in full here) 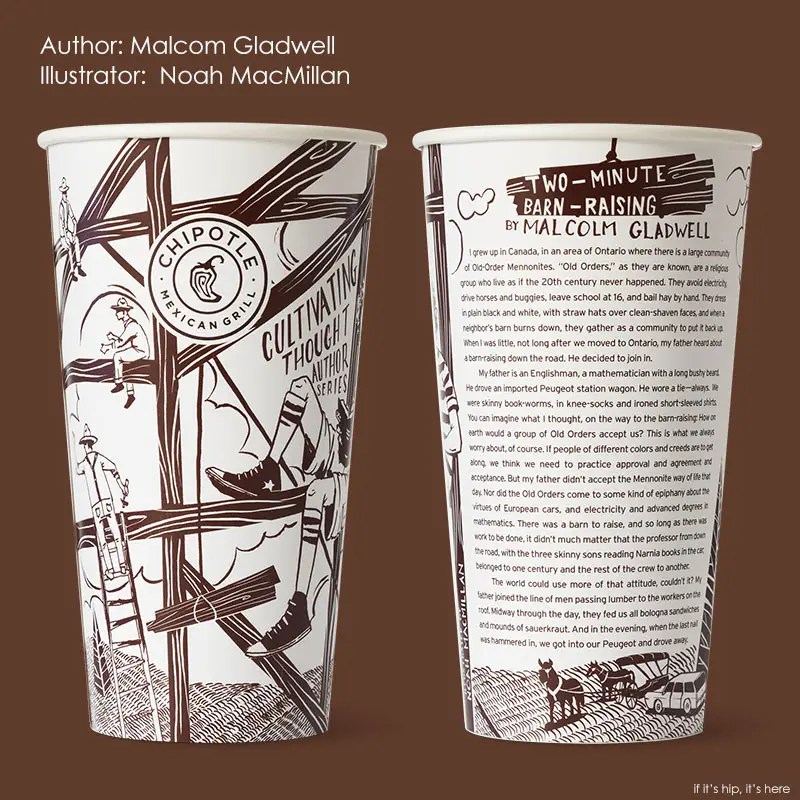 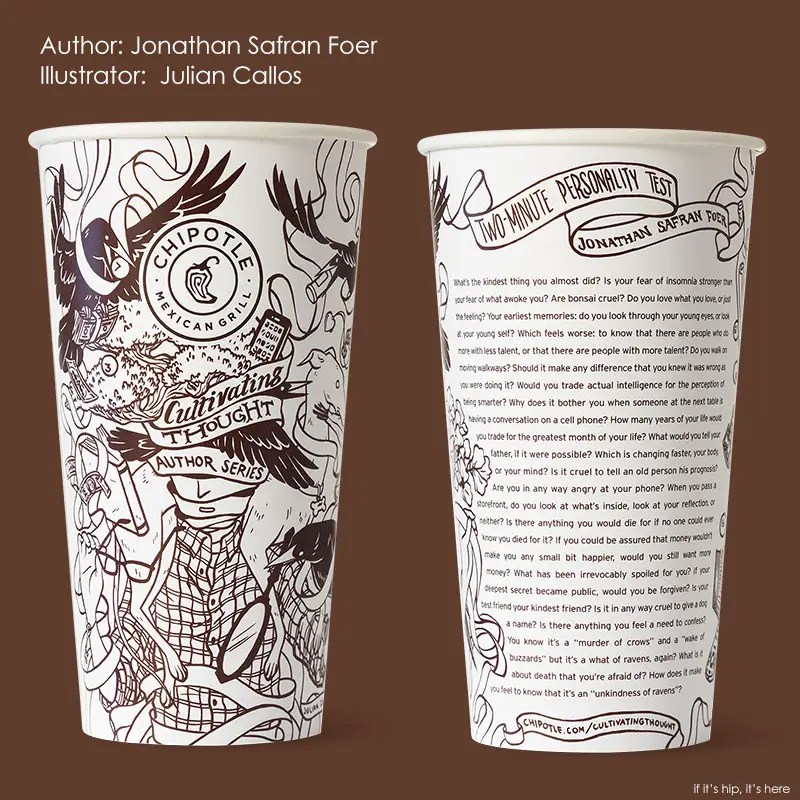 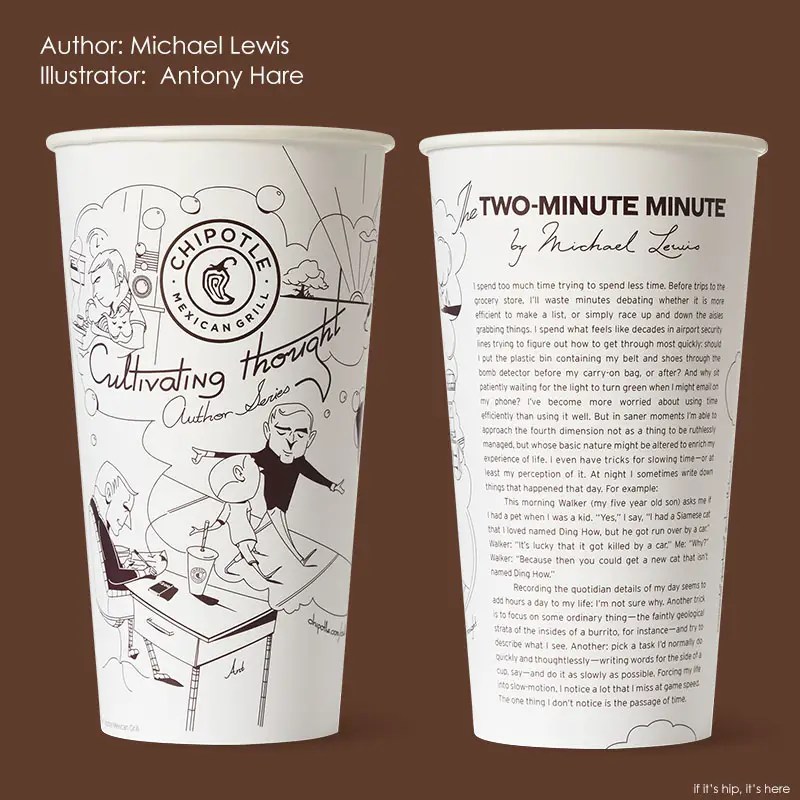 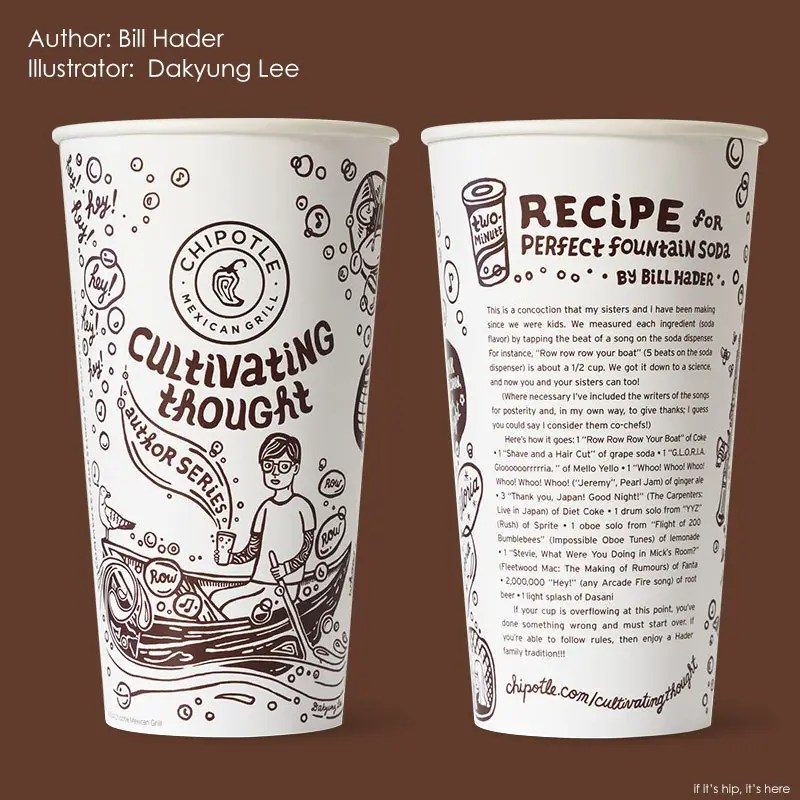 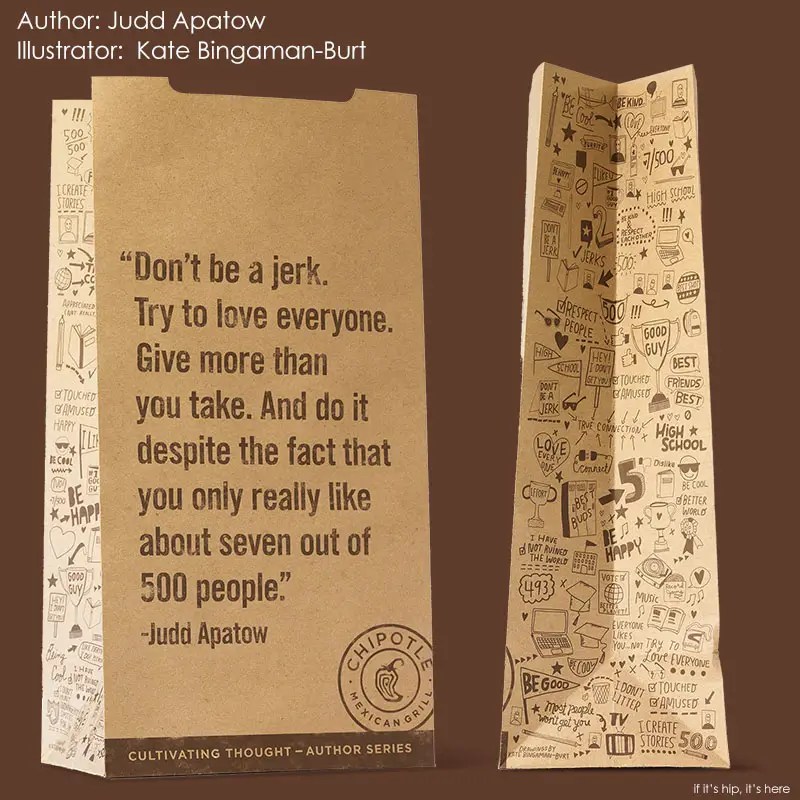 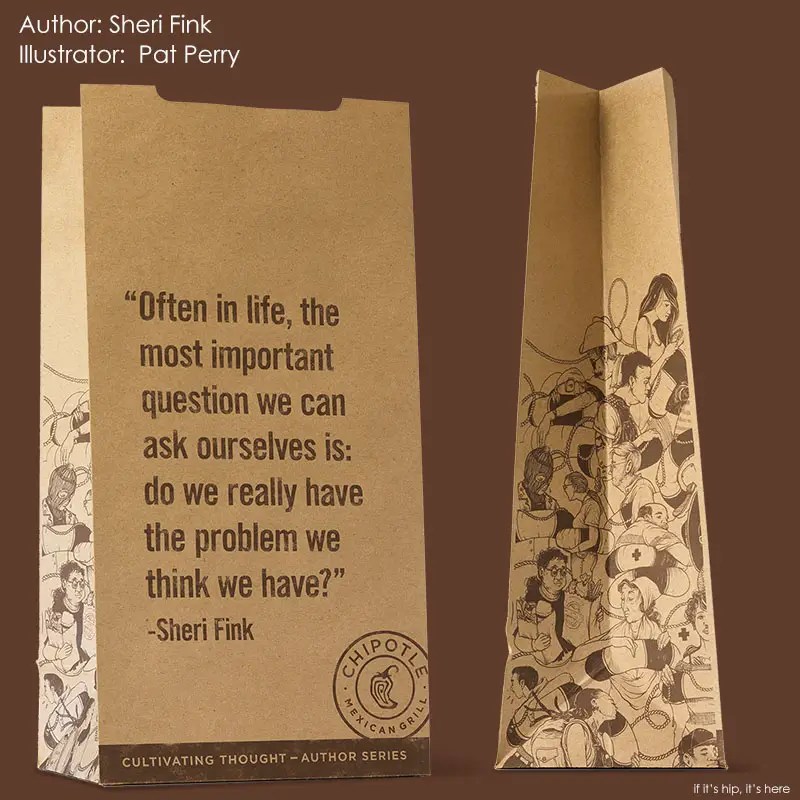 Modern Caskets For Your Body And Soul. The 2014 Equinox Collection from Camaquen.