` Bricksy: Banksy Art Recreated In Lego - If It's Hip, It's Here
Skip to content From Bansky’s Flower Thrower to his Kissing Coppers, 20 of the elusive street artist’s stenciled graffiti  works have been recreated by Jeff Frieson using Lego bricks. Here’s a look at all 20 of them. 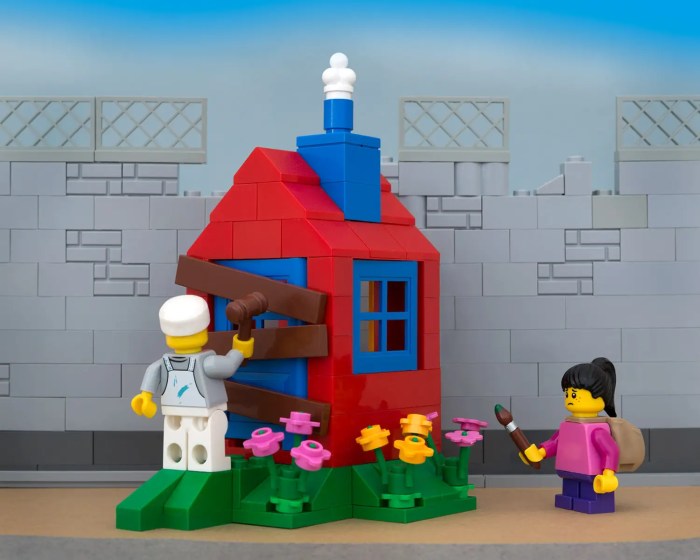 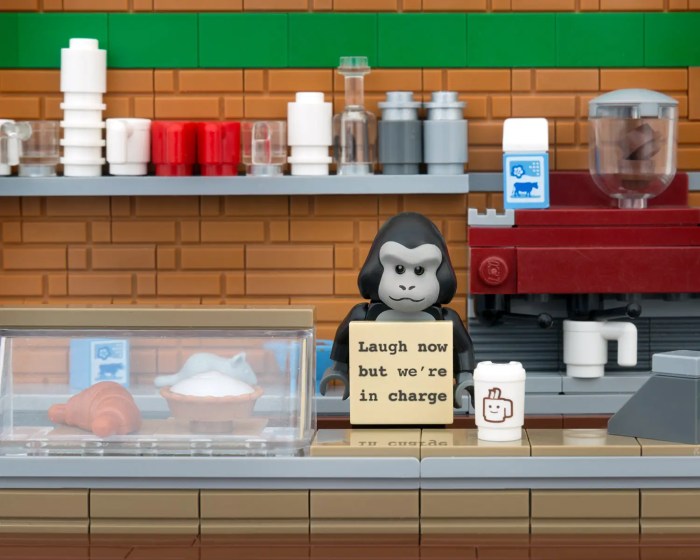 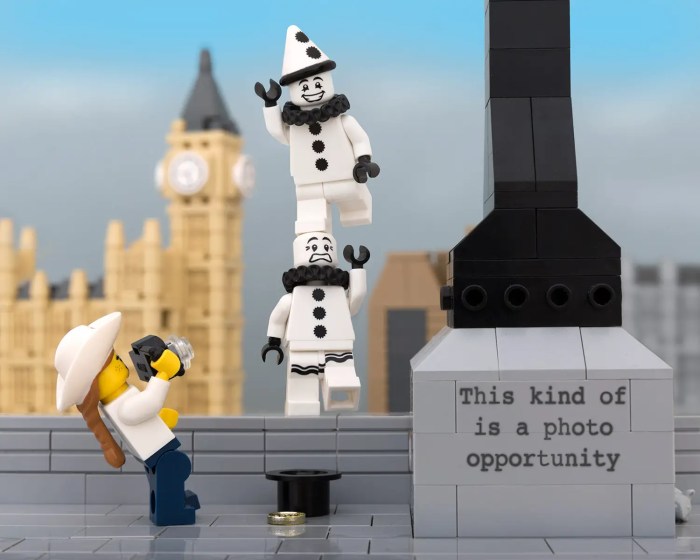 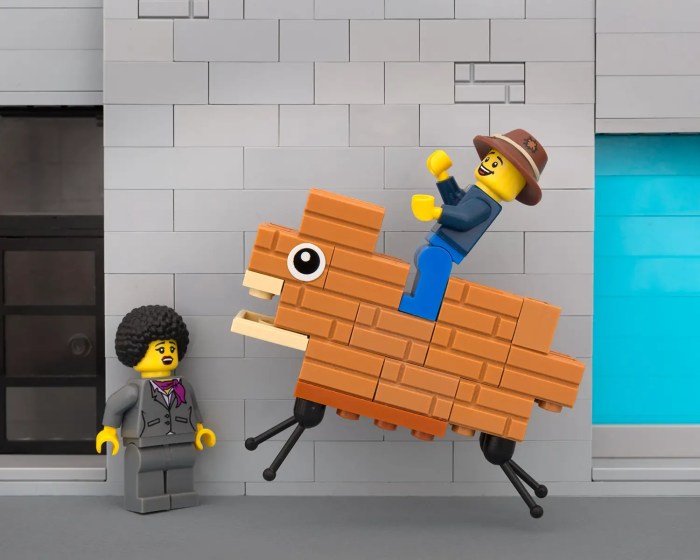 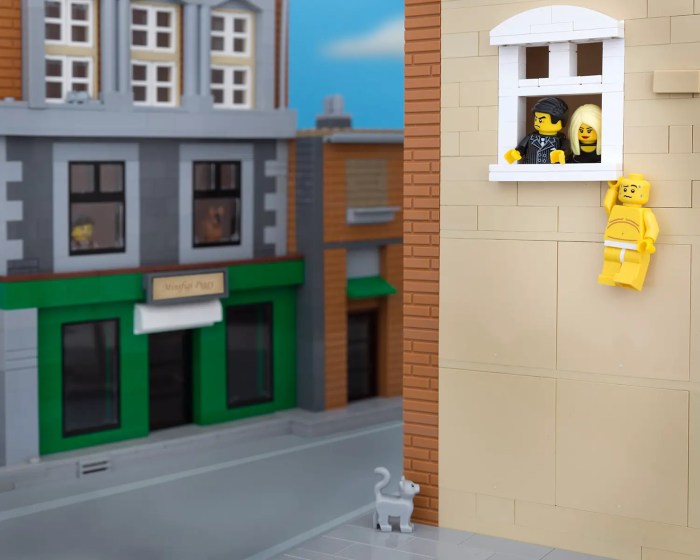 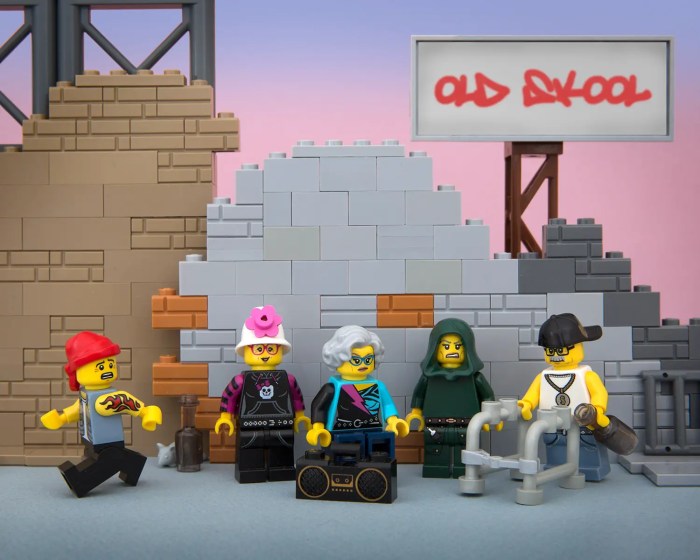 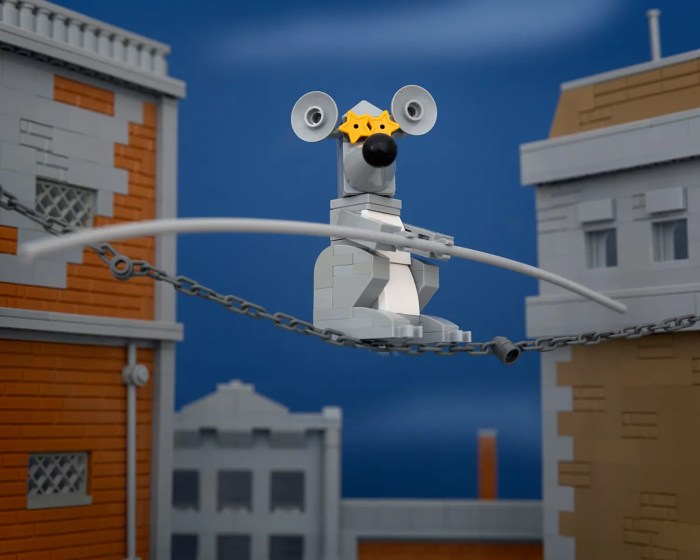 A hardcover book of the dioramas is now available for purchase: How did a serious photographer start creating Lego dioramas?

Jeff explains in his own words: 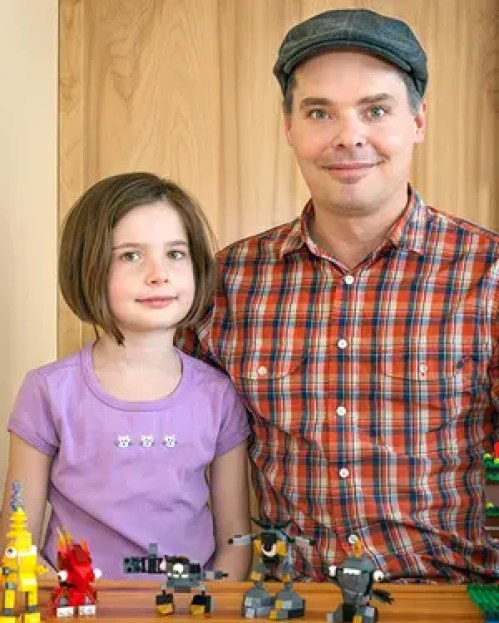 above: Jeff and his daughter June

The thing is, “Bert” never completely disappears, and he wants toy playing to have a purpose. As a compromise “Bert” and “Ernie” eventually joined forces. My daughter and I continue to play with toys, but we also set up a little table-top photo studio where we could make toy dioramas and take pictures of them. It’s serious fun.

Our first photo project combined dollhouse furniture with plastic animals. You can see that work here.

LEGO was the chosen toy of summer 2013. While June made a series of high-concept scenes involving crocodiles, werewolves, and tennis players, I noticed that by combining two LEGO minifigures it was possible create a feathered-haired, mustachioed classic-rocker of the sort that still populate my hometown of Winnipeg, Manitoba.

For a laugh I decided to make a complete LEGO Manitoba scene, which soon led to a series of all the Canadian provinces. Since there are only 10 provinces the fun ended too soon. I lived in the United States for a couple of years and wondered if it would be possible to make LEGO scenes for all 50 States…a much harder task given the limitations of June’s brick collection. Summer ended but work continued on the 50 States of LEGO when I could find the time. The series was eventually completed in November and posted to a secret section of my main web site. Before long the work appeared on the Huffington Post, Wired, Buzzfeed, Mashable, and ABC News, and continues to make its way around the internet.

Human Motorcycles Made with Body Paint, Naked Women and Little Else.