` New Book of Vintage American Toy Ads from Taschen - If It's Hip, It's Here
Skip to content A chronological walk through the 20th century’s rise of toys in America, the new publication Toys: 100 Hundred Years of All-American Toy Ads encompasses the toy industry’s impetus, history, technical revolutions and the means in which these toys were marketed to the public, first through magazines and comic books and later through television. Prior to the 20th century, European manufacturers dominated the toy market, with Germany, in particular, supplying the American market with the bulk of both singular and mass-produced products. It wasn’t until after WWI and the postwar baby boom that America –bolstered by a new sense of ingenuity, and supported by the media empires of newspapers, radio, and television– began to tap into the ever-growing culture of consumerism. Available now for pre-order, Taschen’s Toys: 100 Hundred Years of All-American Toy Ads, chronicles the birth and subsequent boom of the American Toy market and its advertising to consumers. 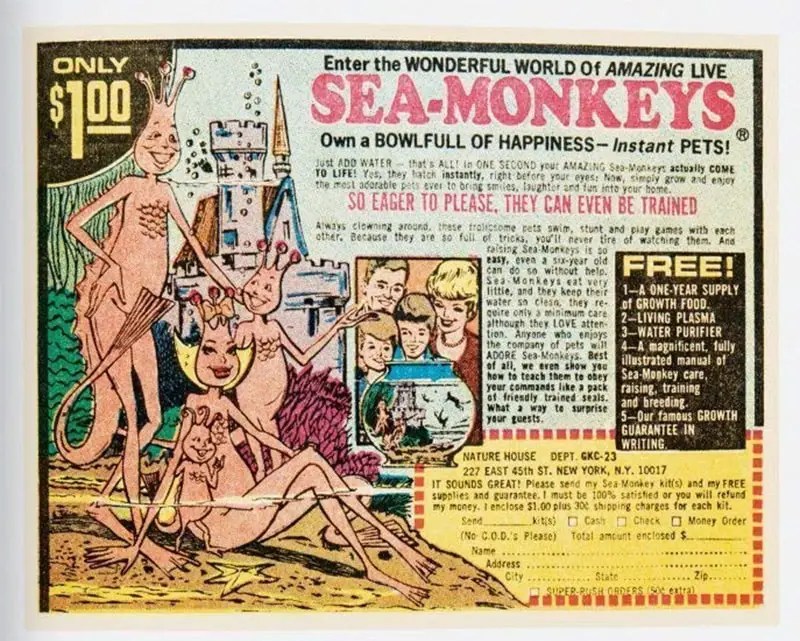 The same duo behind other fab coffee table books about advertising, such as Mid-Century Ads, All American Ads of the 80’s and All-American Ads of the 90s , Steven Heller and Jim Heimann’s latest book will stir up childhood feeling and fill you with nostalgia. 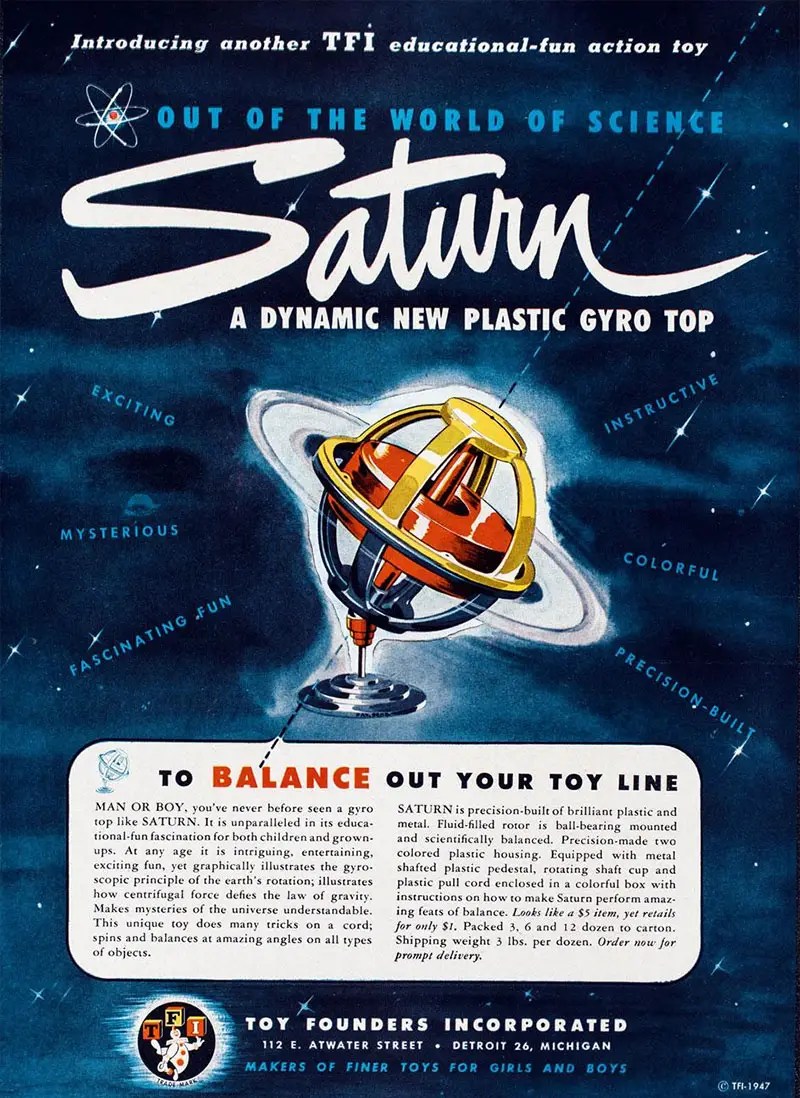 “The ads do more than advertise products—they provide a record of American everyday life of a bygone era in a way that nothing else can.” –Associated Press 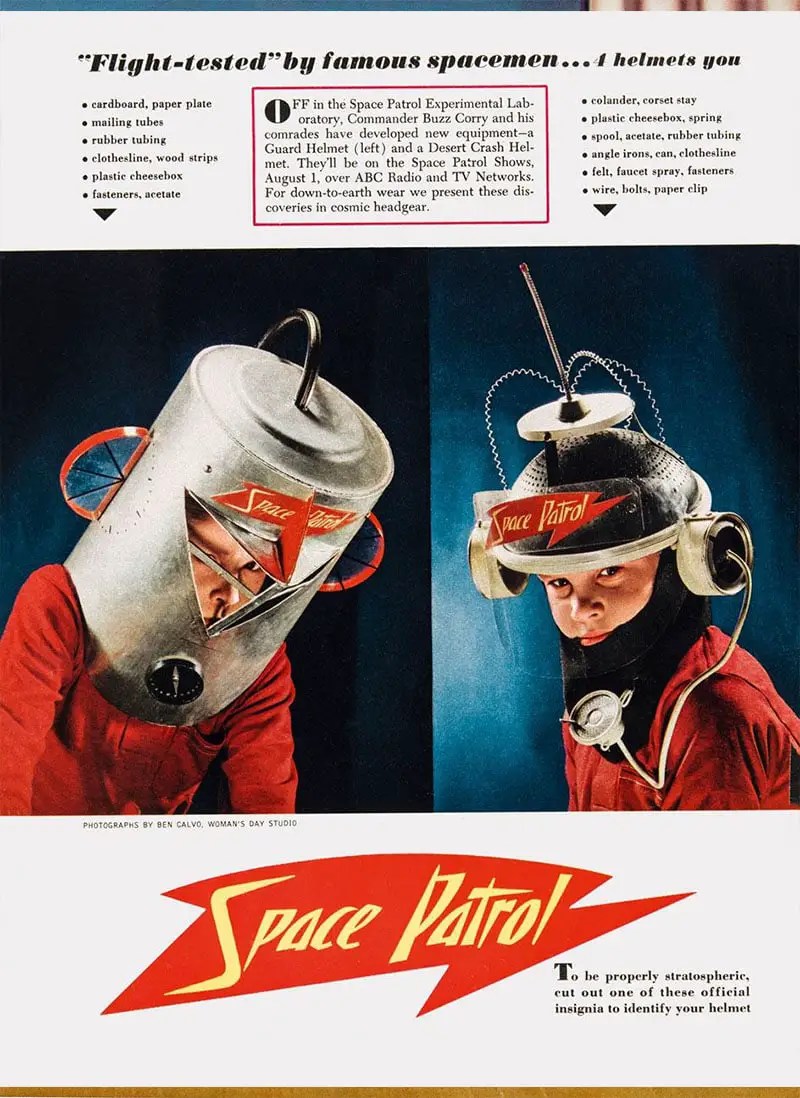 Most Baby Boomers and many a Gen Xer will recognize the comic book ads for Sea Monkeys, Slinkys and Silly Putty. Younger generations will marvel at the gender specific and sexist ads. And everyone will appreciate the graphics and advertising design. The following text is from Taschen:
Ranging from the simple to the complex, children were inundated with a commodity to be wished for and sold to by the millions. From frilly dolls to science sets, children were marketed to with gusto, first through magazines and comic books and later through television. Toys fell along familiar gender lines all while being developed with the unspoken subtext of stimulating developing minds and being vehicles of problem solving with educational value. If the first part of the 20th century represented the rise of toys in America, the postwar period signaled a market unleashed by the baby boom. That one event gained traction for the toy industry and propelled it to its current state. Unforeseen was the next chapter in the industry―the advancement of the technical revolution―which would create another dimension of toy products that would captivate both children and adults as one century blended into the next.In the world of toy production, the multimillion dollar industry took the advertising of their product seriously, and toy manufacturers inundated customers with their latest product via trade journals. In New York City, the hub of the toy industry for most of the 20th century, annual trade shows introduced a deluge of new playthings to the buying public. Frisbees, board games, baseball mitts, Hula-Hoops, air rifles, video games, dolls, and miniature trains were all served up to generations of children, cementing forever the memories playtime. Filled with a Santa’s sack full of surprises Toys. 100 Hundred Years of All-American Toy Ads takes us down the aisles of America’s toy store delivering the favorites and forgotten memories of toys that were hugged and hoarded, saved and disposed of, and now finally brought back in their pristine glory. Once again it’s Christmas, your birthday, and a reward for a job well-done. Heimann is executive editor for Taschen America and is also a cultural anthropologist, historian, avid collector, and the author of titles on architecture, pop culture, and the history of Los Angeles and Hollywood. Heller sits as co-chair of the School of Visual Arts’ MFA Design / Designer as Entrepreneur programme and is the author or editor of more than 190 books on graphic design, editorial illustration, and political art. Fathers. Having One and Being One As Seen By Phillip Toledano.