“BitchCoin,” is a digital currency developed with young artist Sarah Meyohas in collaboration with “Where”- a think tank and exhibition space in Brooklyn, New York. The project allows you to invest in Meyohas’ talent via her photographic prints, at a fixed rate of 1 BitchCoin to 25 square inches. above: Speculation by Meyohas is the first photographic print to be offered via BitchCoin

The young artist, who graduated from Wharton School of Business, was raised in a family full of finance people. After Wharton, she went to Yale for an MFA in photography. While there, she became fascinated by bitcoin. “It was this totally dematerialized value,” she explains. Meyohas started wondering what it might look like to create a place where you could actually purchase these immaterial currencies. “The initial idea was, ‘Oh, how cool would it be to turn a gallery into a cryptocurrency mart?” she recalled. “It could be the mine for something like bitcoin.” Or her own cyrptocurrency she quickly realized. Purchasing a complete print requires 25 BitchCoins, which comes to $2,500, but any print can be exchanged in the future for another print.

The first piece by Sarah investable via BitchCoin is Speculation. The purchase of 1 BitchCoin ($100 USD) will buy you 25 square inches of her work. This will be delivered to you in the form of a unique certificate. Buy a BitchCoin here

At the launch, 200 BitchCoins were sold to back the print of  Speculation at a fixed rate of $100 per BitchCoin, though the value will now float based on the art market and the relative value of Meyohas’s work.  The currency could come to be worth much more—or much less—depending on Meyohas’s future success as an artist, which is the point of the project, according to Artnet. 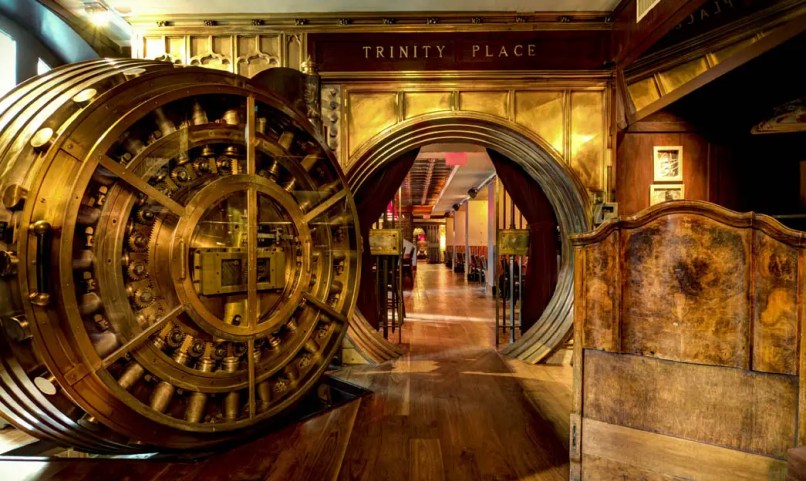 “As soon as an artist sells a piece, they are relinquishing their financial claim on that work,” Meyohas told ARTnews in an email. “With BitchCoin, it is quite the opposite. I can invest! BitchCoin gives me a level of control over future value production that most artists without their own currency don’t have access to.”

“Selling artwork has become this mechanized process,” Meyohas noted. “At its worst, artists are just stuff producers. This is kind of about artists reclaiming agency.” The exhibition launch of BitchCoin – which took place on February 15, 2015 at New York’s  Where Gallery- included an installation of the mining technology behind the BitchCoin and can be viewed live through a webcam on Where’s website 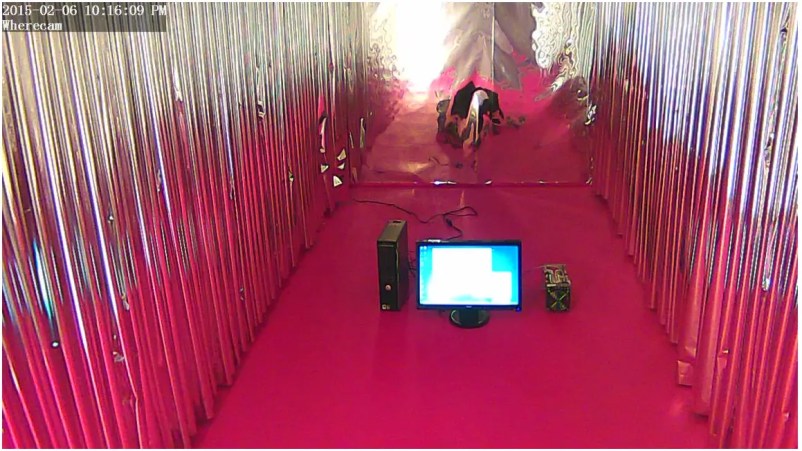 Below are three other examples of the photographic work of Sarah Meyohas: 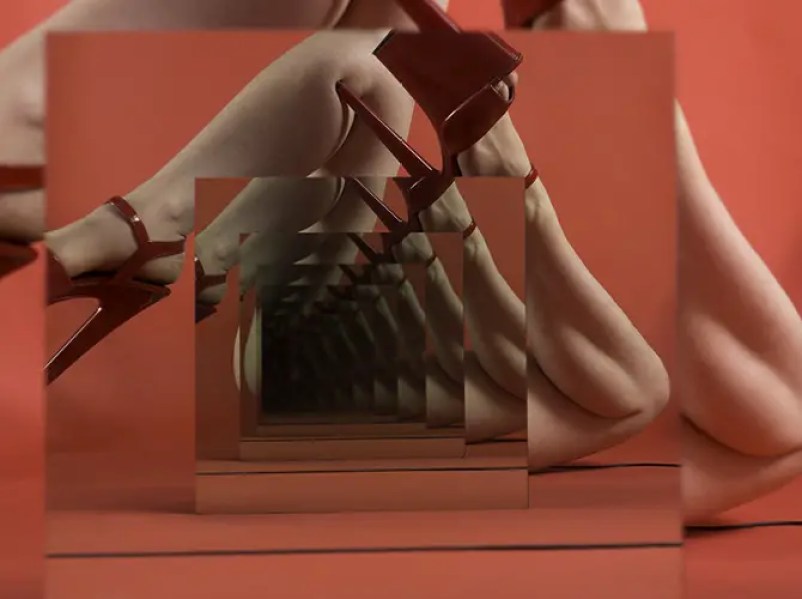 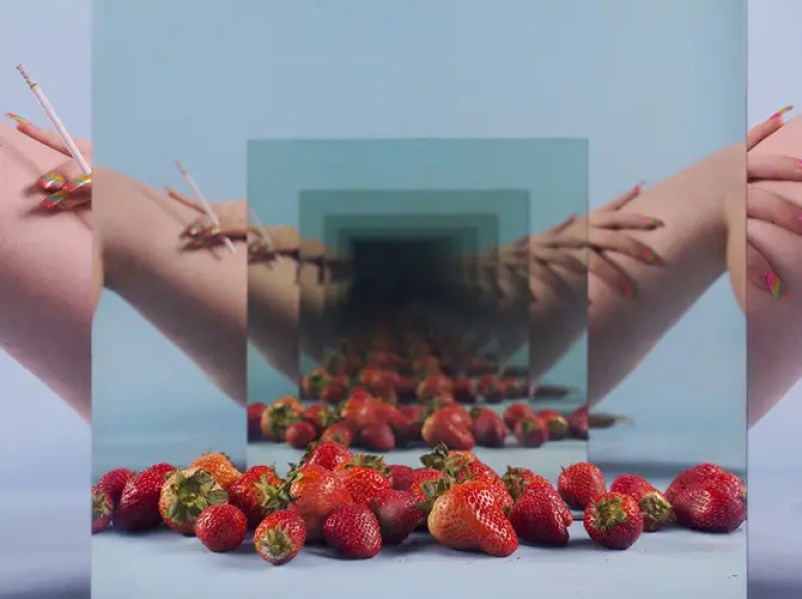 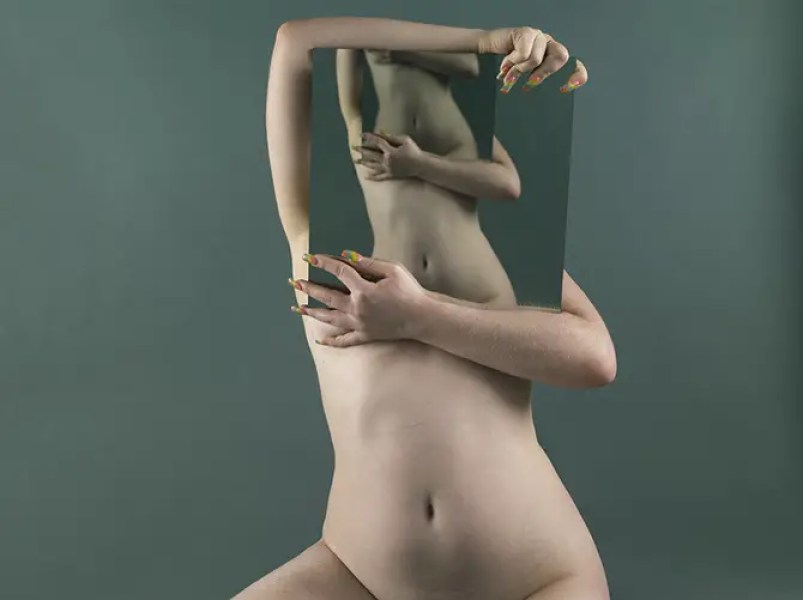 To better understand how BitchCoin works, read on.

BitchCoin is a digital currency backed by the photography of Sarah Meyohas at a fixed exchange rate of 1 BitchCoin to 25 square inches of photographic print. This rate of exchange will not change, even if the value of the photography increases. As her work changes in value over time, so will the relative value of BitchCoin.

How did BitchCoin get started?

BitchCoin is the focus of “Where 6,” an exhibition on prediction at Where, a gallery and publishing house headquartered in a shipping container in Brooklyn. Where invited Sarah Meyohas to “mine” her coins in the gallery and design how BitchCoin would operate. The installed mining rig can viewed through Where’s live-streaming webcam. In addition as part of the exhibition, Where is jumpstarting the currency by investing directly in BitchCoin itself.

Why would I buy BitchCoin?

BitchCoin allows art collectors to invest directly in Sarah Meyohas as a value producer rather than investing in the artwork itself. For investors, BitchCoin is like any currency tradable on the open market. It’s a bet on Sarah Meyohas with no expiration.

How do Bitch Coins Work?

Investors can always exchange their BitchCoins for photographic prints by Meyohas. BitchCoins can be exchanged for these or any similar editioned photographs that Meyohas produces in the future. By purchasing BitchCoin, the investor is buying credit for a future work that Sarah Meyohas has not yet produced.

How is Bitch Coin Backed?

For every new release of BitchCoin, Meyohas sets aside an unframed archival chromogenic print in a bank vault, so that 25 square inches of photography backs every BitchCoin.

Once the print is locked in a vault, an equivalent number of BitchCoins—corresponding to the size of that BitchCoin-backed print—is then released into circulation.

BitchCoin is fully asset-backed, much like the former U.S. gold standard, which once linked paper money to gold reserves in Fort Knox. When a BitchCoin-backed print is purchased with BitchCoins, the coins are destroyed since they are no longer asset-backed.

How do I invest in BitchCoin?

BitchCoins can be purchased in person at the launch party or on Bitchcoin.biz after the initial launch. BitchCoins will ultimately be available for trade on a currency exchange.

How many BitchCoins will be sold?

200 coins were sold at the launch to back the edition of one photograph, titled Speculation (shown below). The unframed, digital chromogenic print, measures 21 ⅝ x 28 ⅞ inches, in an edition of 8. At the conversion rate, each print is valued at 25 BitchCoins.

above: Speculation is the first image to back BitchCoin. It is currently stored in safety deposit box #138 of HSBC, 110 William Street, NY, NY 10038.

Where can I use BitchCoin?

BitchCoin can be exchanged in perpetuity for any of Sarah Meyohas’ editioned, unframed archival chromogenic photographs. BitchCoin will ultimately be available on a currency exchange for conversion into US dollars or other monies. In addition, BitchCoin can also be bought and sold privately by transferring possession of the physical BitchCoin certificate.

What is the Bitch Coin Certificate?

When you purchase a BitchCoin you will receive a physical certificate. The certificate is an engraved piece of paper with two unique strings of numbers and letters, called “keys.” The certificate and corresponding keys are called a “wallet,” because they allow one to access an encrypted account that holds one’s BitchCoin balance.

The BitchCoin account is encrypted with two keys. One is a public key which describes the address from which you may send and receive coins. The private key is the password which verifies ownership. Transfer of the certificate or the keys transfers ownership of the corresponding BitchCoins in the account.

The account is anonymous, and only accessible via those keys. Anybody with access to both keys can steal the balance. If both keys are lost, the coins are also lost. Keep your certificate safe and your private key secret!

What is the BitchCoin client?

In addition to transferring certificates, one may also use the BitchCoin client – a free software program (for MAC and PC) that will be downloadable from Bitchcoin.biz. that can be used to send and receive coins electronically. The client allows investors to buy or sell partial balances without relinquishing their entire certificate, or “wallet.”

Why would an artist produce BitchCoin?

Visual artists generally don’t receive royalties like musicians or writers. An artist’s work might fluctuate wildly on the market, changing hands between collectors several times without any permission of, or compensation to, the artist. BitchCoin gives Sarah Meyohas a stake in the supply, demand, and price of her own work.

What is special about BitchCoin? How is it different from other digital currencies?

How is BitchCoin unlike other traditional currencies?

There are two schools of thought regarding money. “Chartalism” sees money as simple tokens of credit relationships—the tokens themselves, e.g. paper money, have no value. “Metallism” sees money as a commodity, like gold or silver, whose value is inherent. BitchCoin conforms to both Chartalist and Metallist readings: it is a dematerialized network, yet backed and mined.

How will BitchCoins be released in the future?

Coins will be released to satisfy demand and create enough volume for the market to function. The web site will always list the current number of BitchCoins in circulation and if any are available directly from Sarah Meyohas.

How much does BitchCoin cost?

For the launch, BitchCoin is fixed at an exchange rate of 100 US dollars. Thereafter, the exchange rate will float, influenced by the demand for the coin and the relative value of artwork by Sarah Meyohas. Some of the factors that may influence the price include the volume of the coin, the edition size of the photographs, and of greatest correlation, the success of Sarah Meyohas’ career.

What is the BitchCoin Block Chain?

The BitchCoin blockchain is a public ledger available through the BitchCoin client that records all transactions. Through this mechanism BitchCoin is fully transparent.

The blockchain also records the “genesis message” encrypted in the first one hundred BitchCoins. It reads: “in the pink.”

Sarah Meyohas is an artist. She studied finance and international studies at the Wharton School of Business, and is currently finishing her Master of Fine Arts at the Yale School of Art. You can see more of her work here

images and information courtesy of Sarah Meyohas, ARTnews , Artnet and Where Gallery