you are here: if it's hip, it's here » art » mosaics » Zac Freeman’s Amazing Portraits Made With The Stuff In Your Junk Drawer.

You know all that stuff you either toss away of throw in the kitchen ‘junk’ drawer? Buttons, old remote controls, pen caps, paper clips, Altoid tins, Lego Minifigs, wire, plastic bits and pieces from lord-knows-what? Well those are precisely what artist Zac Freeman uses in creating these one of a kind portraits. 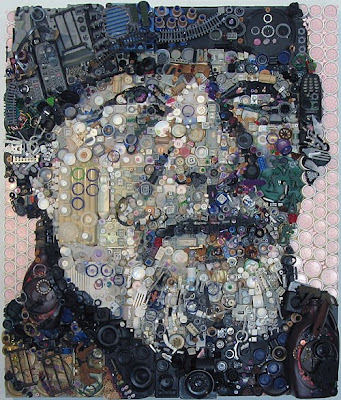 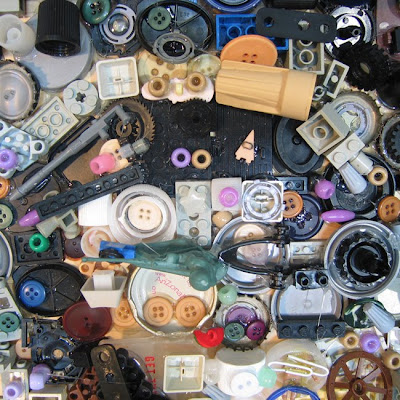 above: portrait of Jerry and Jerry detail

Beginning in 1999, Zac began collecting junk, found objects, and general trash which he then glued to wooden substrate to form an image — in these cases, faces of men and women. His assemblage artworks are made on a large scale (the pieces average about 28″ by 35″) and when viewed close up look like crap cobbled together with a hot glue gun, but when viewed from afar are impressive, compelling and simply beautiful portraits. 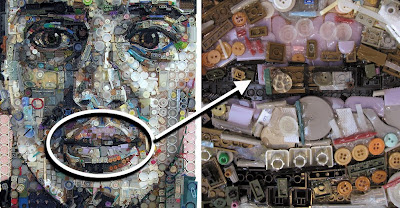 above: Zac Freeman’s portrait of Garrett (detail) and mouth (close-up)

His finished works combine the best aesthetic qualities of Chuck Close and Bernard Pras and that’s saying something. 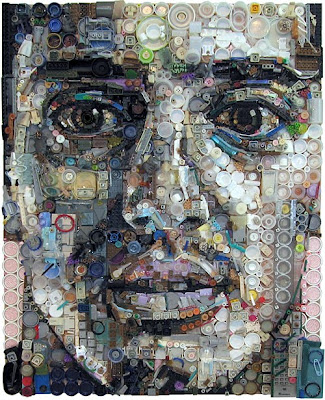 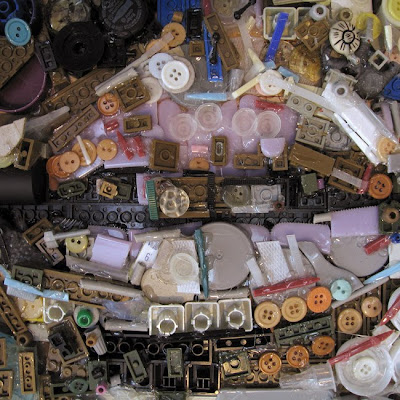 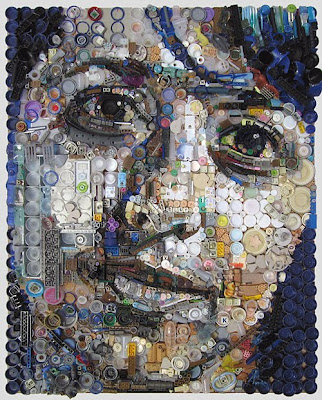 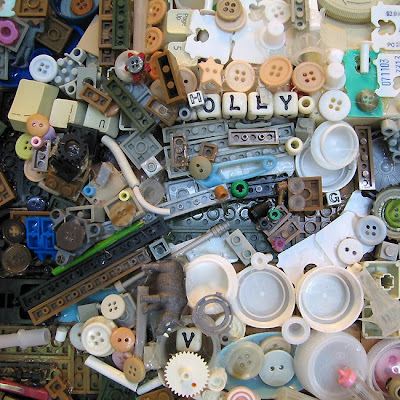 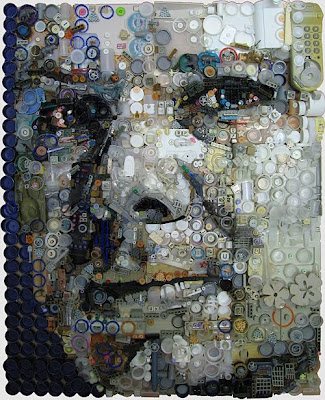 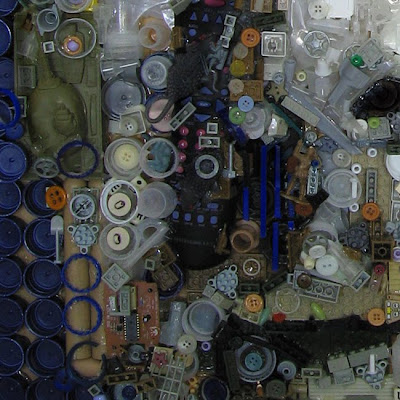 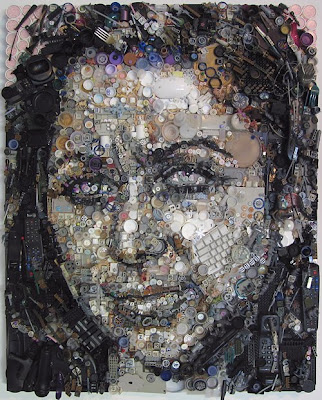 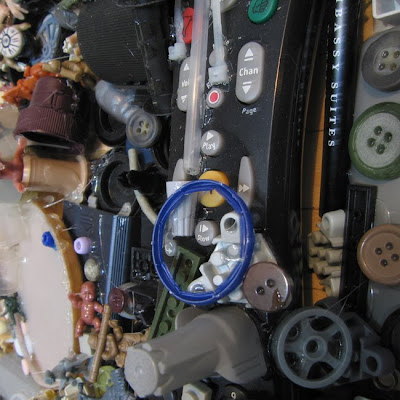 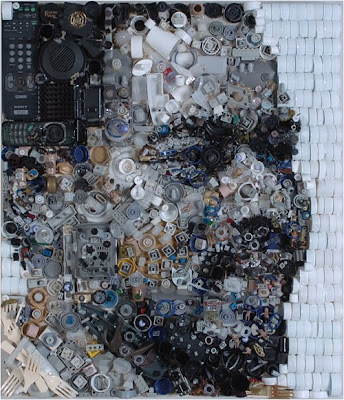 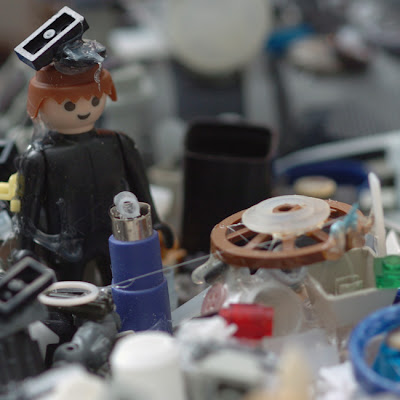 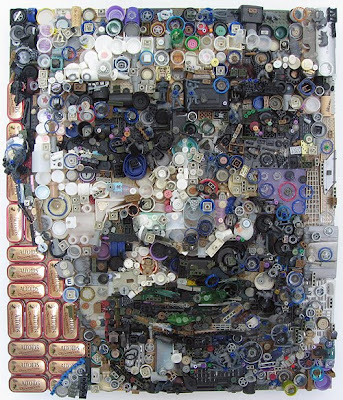 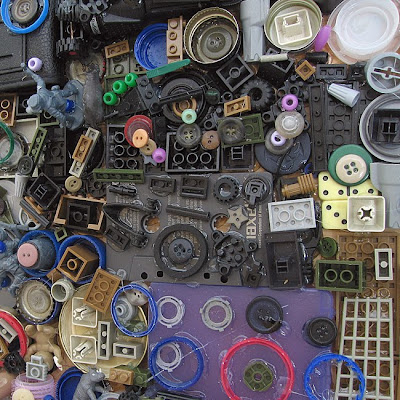 The artist’s self portrait: 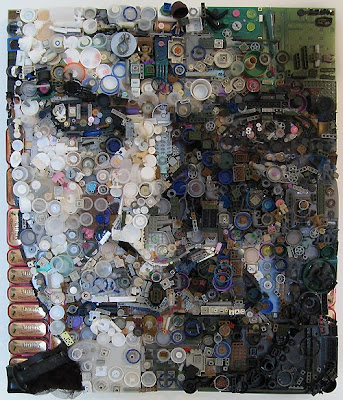 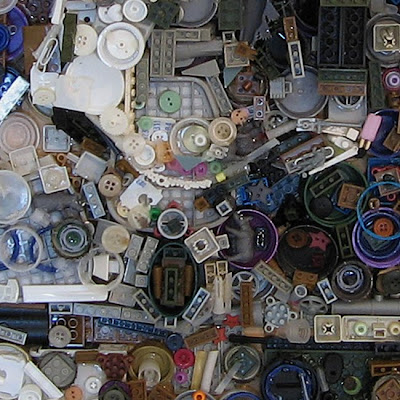 David, below, is his recent addition to the Woolff Gallery: 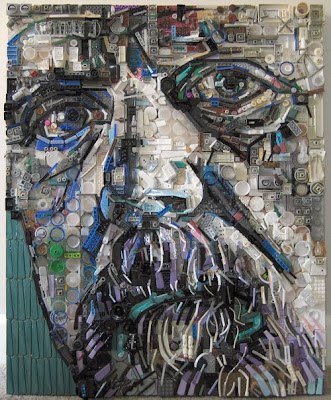 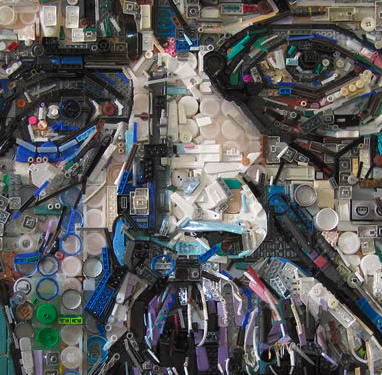 Zac at work in his studio: 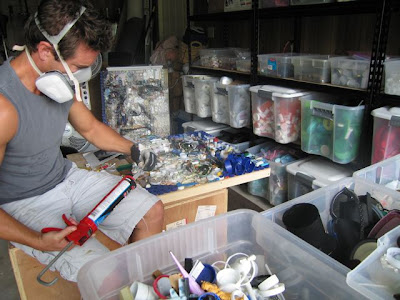 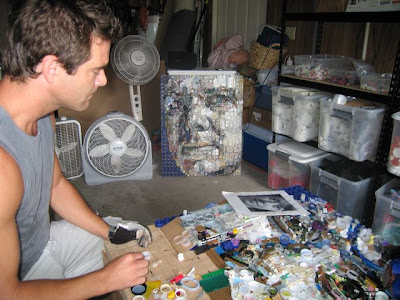 In the artist’s own words:
“I was interested in communicating through visual representation in apparent 2-dimensional space and through the actual objects used for the medium in 3-dimensional space. It is very important to me that I incorporate the actual objects into the art as opposed to a picture or rendition of it because it better expresses the intention of the artwork. I feel the junk is more powerful being present. It is an actual thing to be reckoned with that existed in this time and place and carries energy in and of itself.”

all images courtesy of the artist
Zac Freeman Art

For commission requests or inquiries about Zac’s work please contact Nick Woolff of the Woolff Gallery.