` World's Most Expensive Watch - If It's Hip, It's Here
Skip to content 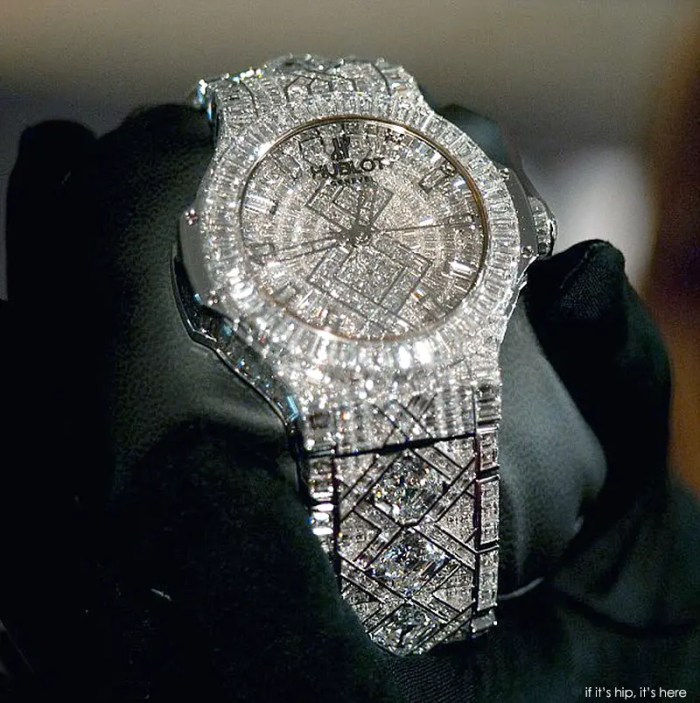 The World’s Most Expensive Watch BASEL, Switzerland (AFP) – Swiss watchmaker Hublot unveiled on Wednesday, preview day of the Baselworld Watch & Jewellery Show, the Swiss watch show’s most expensive watch, which carries a price tag of US $5 million and is inlaid with with 1,292 diamonds – including six stones each weighing more than 3 carats. Mr Jean-Claude Biver (above), president of the watch company which is owned by French luxury giant LVMH, said it would be hard to make a more expensive watch ‘because the surface of the watch is limited.’ It took 17 people 14 months to set the more than 140 carats of diamonds on the watch’s white gold bracelet, said Mr Biver at the world’s biggest watch show in Basel, which opened to the public yesterday. Modern Glass Bathtubs Just Keep Getting Cooler – Here Are 12 of The Best.

The New Hu Watch By Ross Lovegrove for Issey Miyake