This wooden hammock, initially called the FLEX, was designed as an alternative to the typical cloth hammock. Made by Australian industrial designer Adam Cornish, the design is flexible and comfortable due to the rubber vertebrae which allow the wooden segments to move, mimicking the human spine. 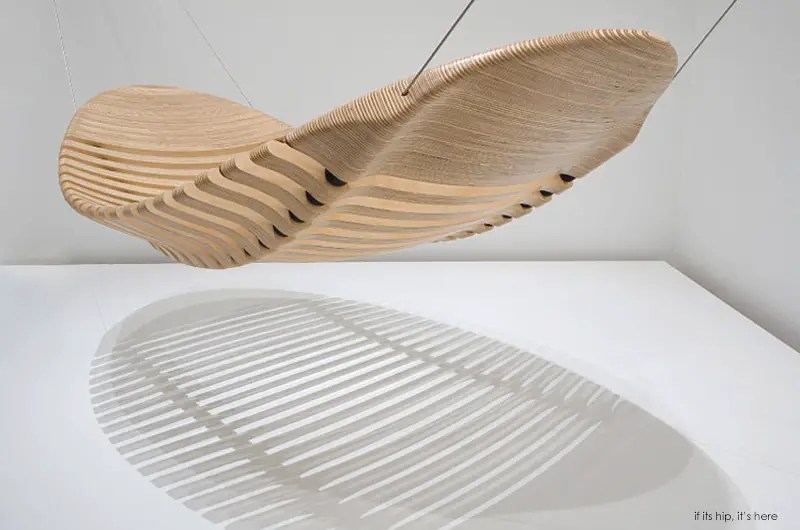 Manufactured from a standard sheet of ash timber wood (after experimenting with other woods), the design maximizes the economy of materials while minimizing the environmental foot print. The hammock has been designed to be produced from a wide range of sheet materials, including Birch ply and bamboo. The rubber connective pieces allow the hammock to bend and curve much like the human spine: 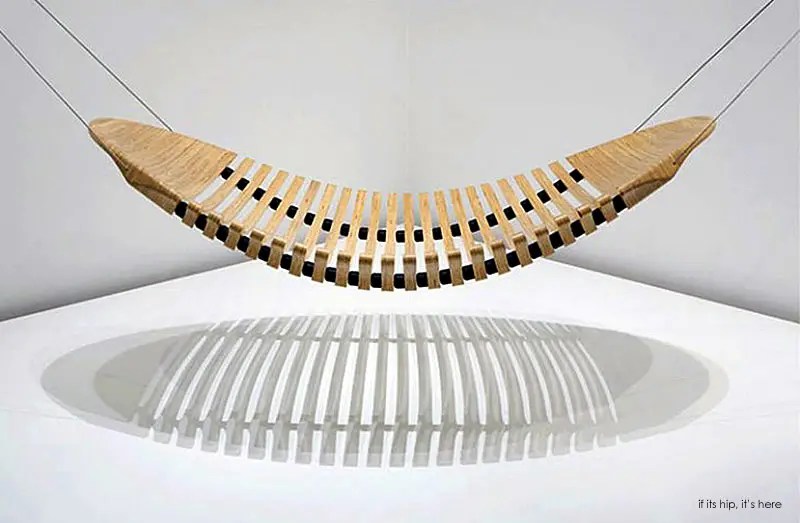 It is suspended by steel cables: 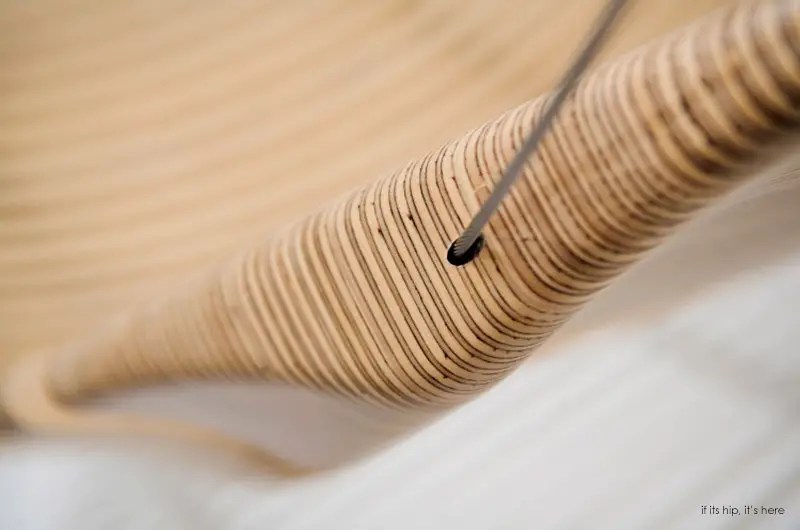 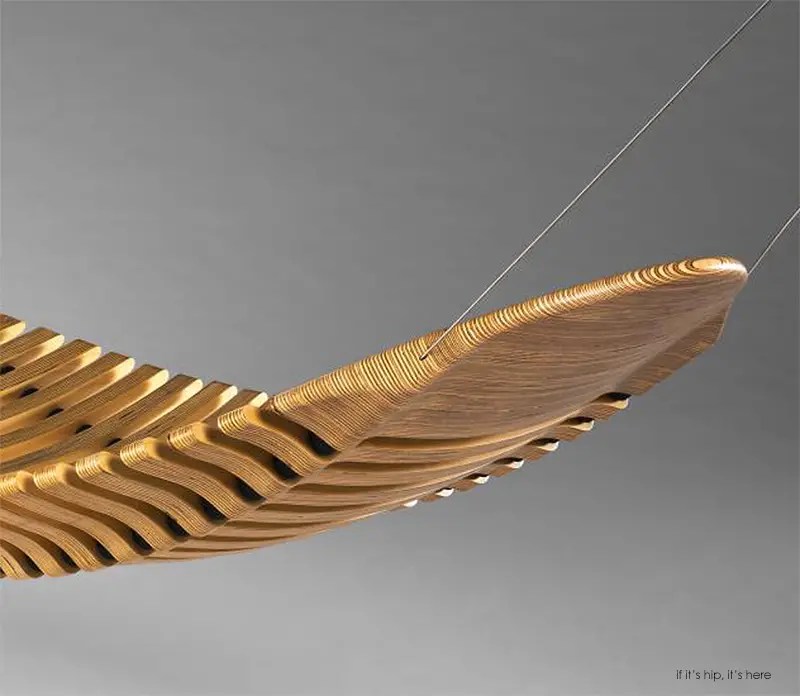 The hammock was originally designed at the prototype and modeling workshop Box and Dice of Sydney in 2008. Since that time it has won numerous awards including the Workshopped Peoples Choice Award in Sydney and the Herman Miller Asia Pacific –Yves Behar Design Competition. It was also contender for the prestigious 2009 Cicely & Colin Rigg Contemporary Design Award.

Despite winning numerous awards, it hasn’t reduced the price any. With a manufacturer’s suggested retail price of $6650, the Wooden Hammock was offered through Touch of Modern at a discounted price last week. 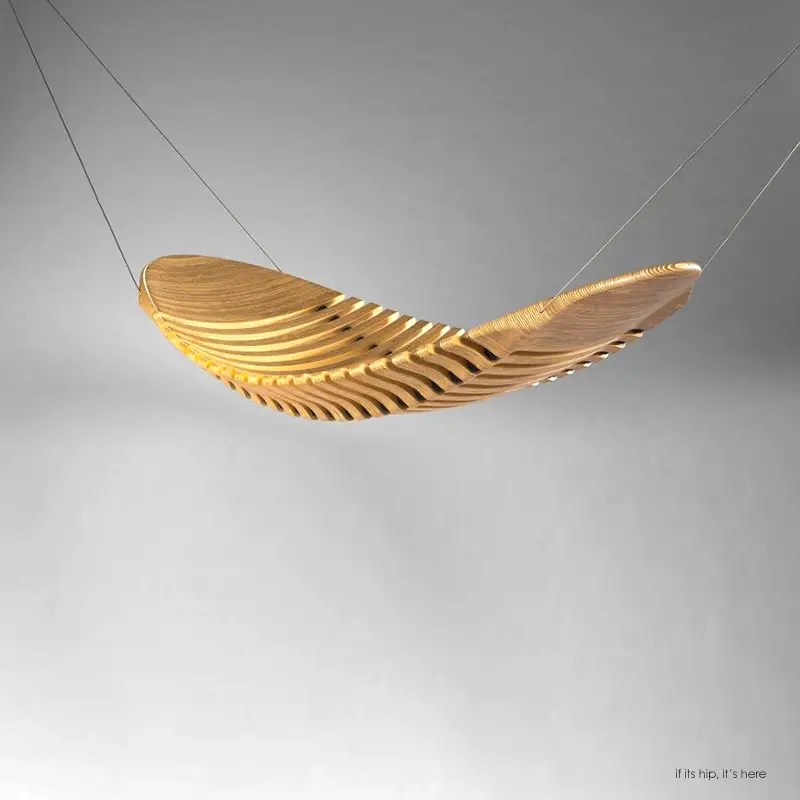 The gorgeous hammock, which is made in Australia, was offered through Touch of Modern at a discounted price of the manufacturer’s suggested retail price of $7500 (subject to change).