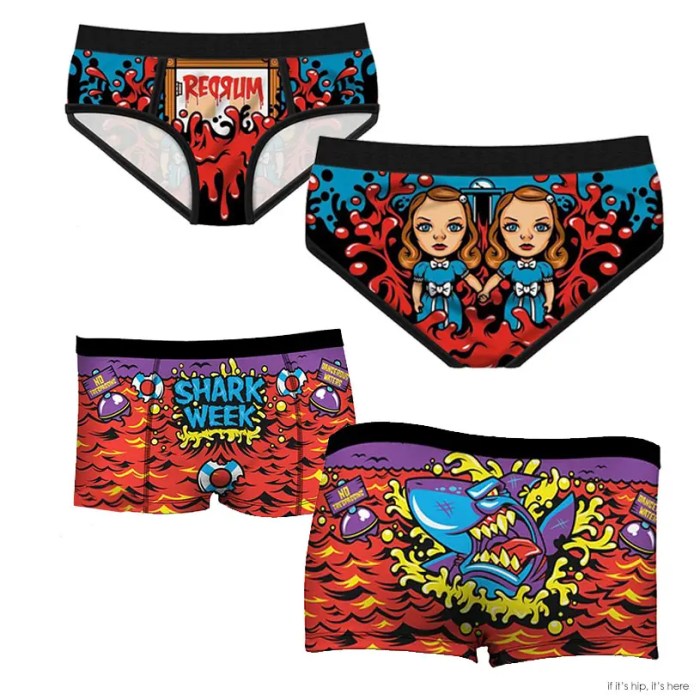 Playing off of horror films and trendy icons with double entendres and puns, Period Panties (and the new Boyshort editions) are a line of edgy illustrated undies that turn crampy into campy. What began as a joke turned into a Kickstarter campaign that successfully raised $404,763  in March 2014 to produce the Period Panties by Harebrained Design. 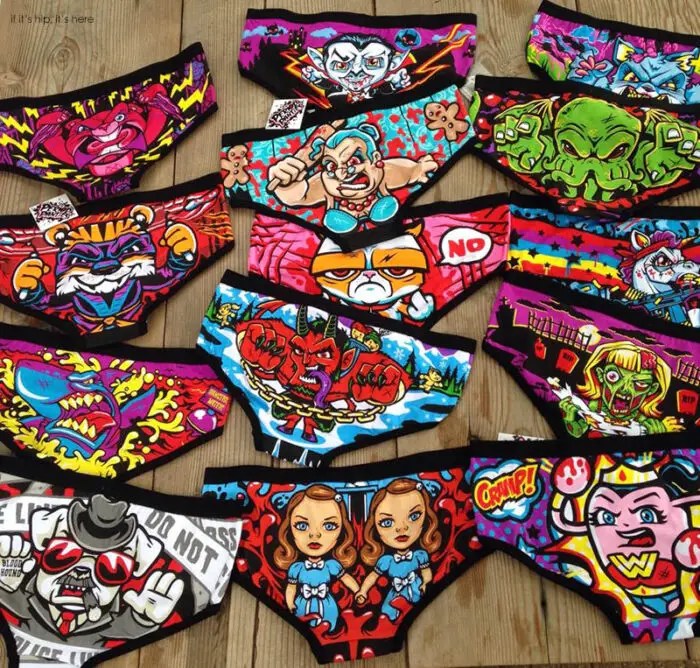 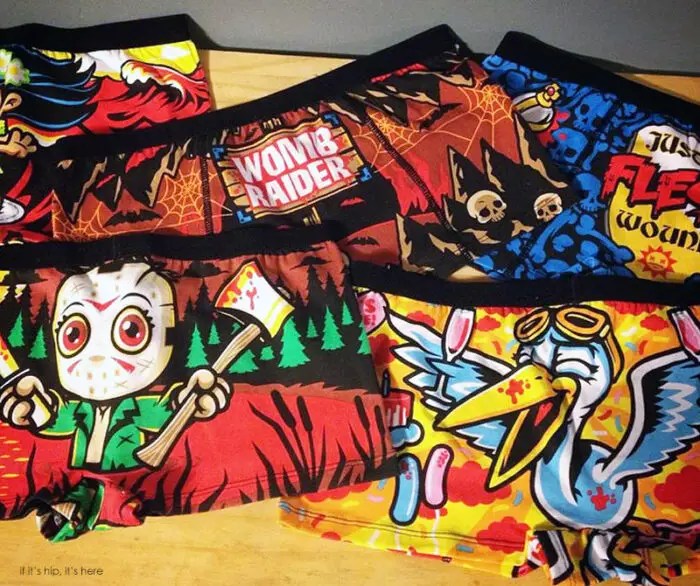 With illustrations by Anthony Hall, the panties and boyshorts have fun with popular movies, characters and euphemisms. Scenes or characters from blood-laden movies as Carrie, Rambo,The Shining, Tomb Raider and Friday the 13th are hilariously rendered for the collection. Blood-sucking icons such as Dracula, Zombies, Sharks and Evil Beavers can be found. Even Grumpy Cat (as Crampy Cat), Aunt Flo, Captain Redbeard, and Wonder Woman (Wonder Womban) make appearances. 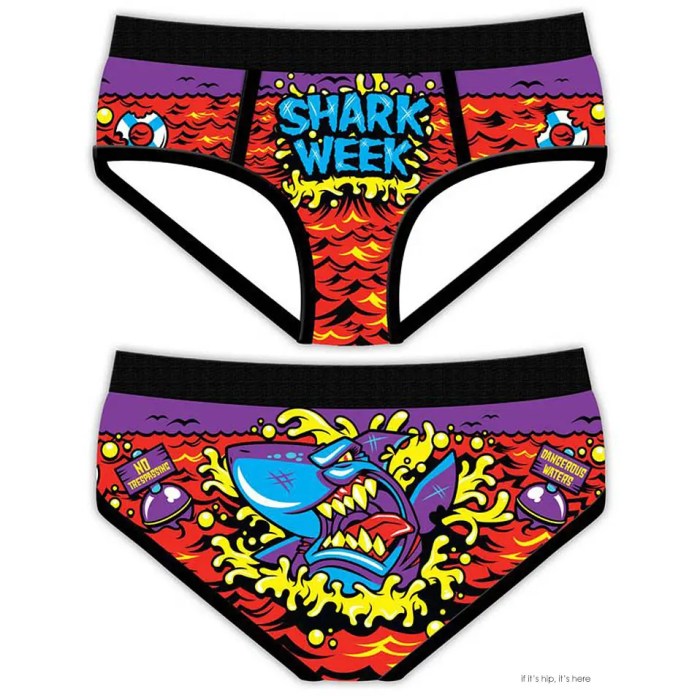 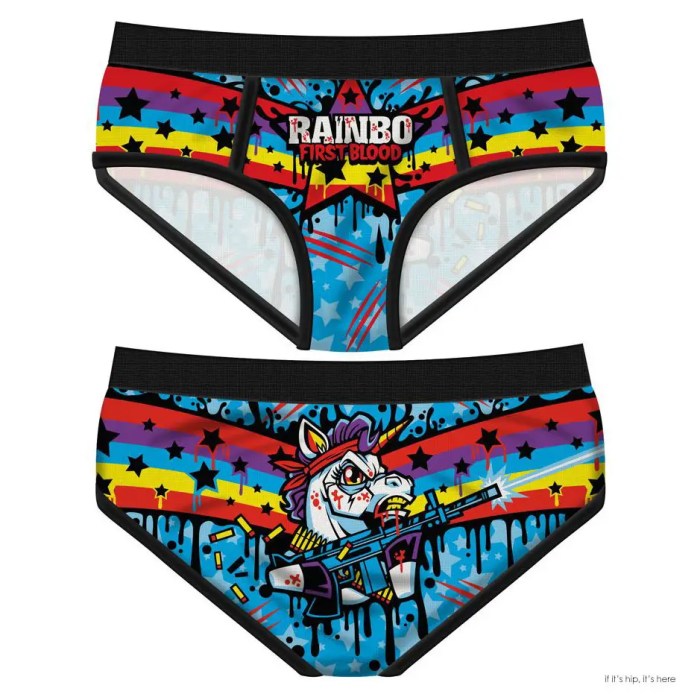 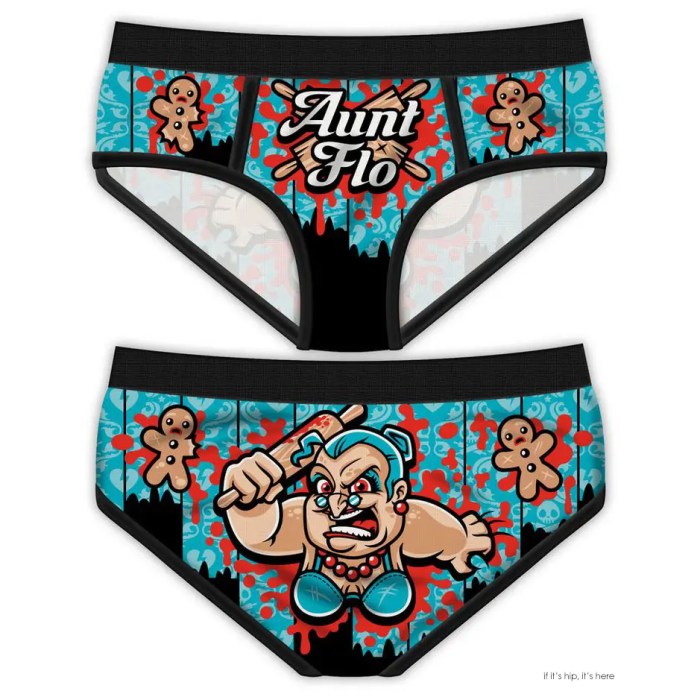 Bleeder of The Pack: 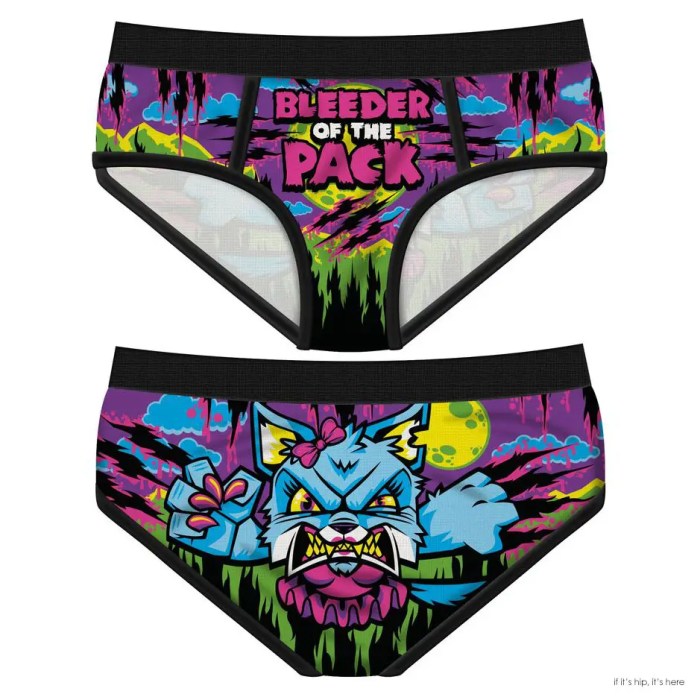 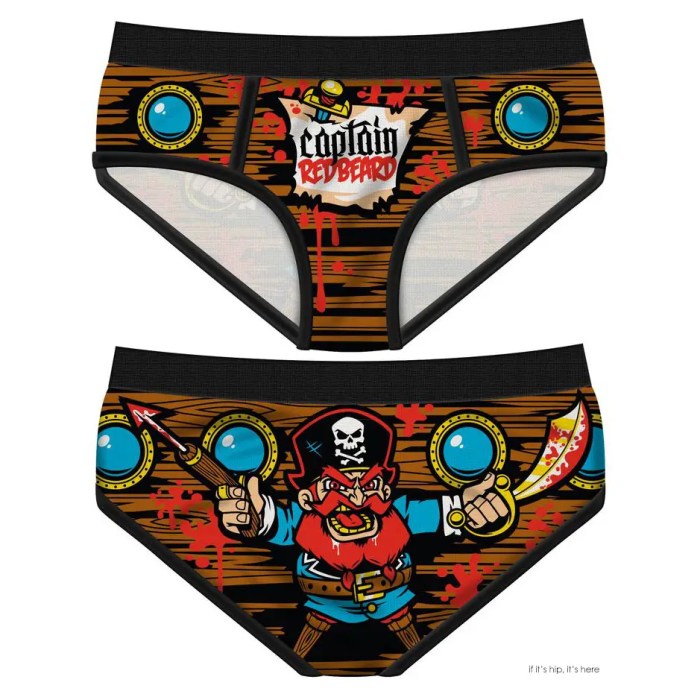 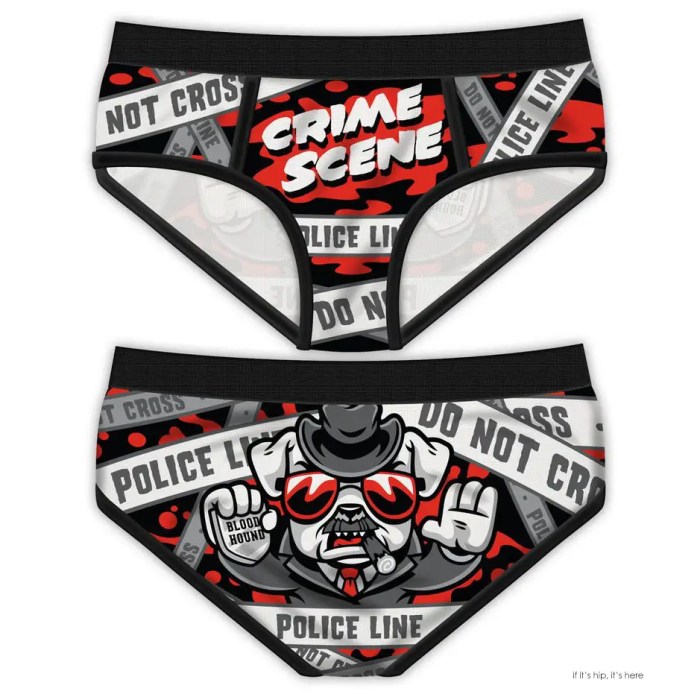 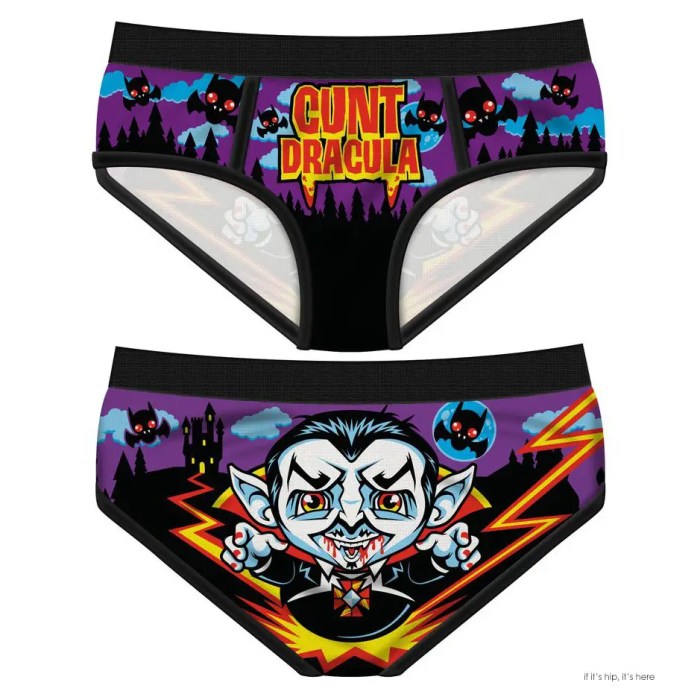 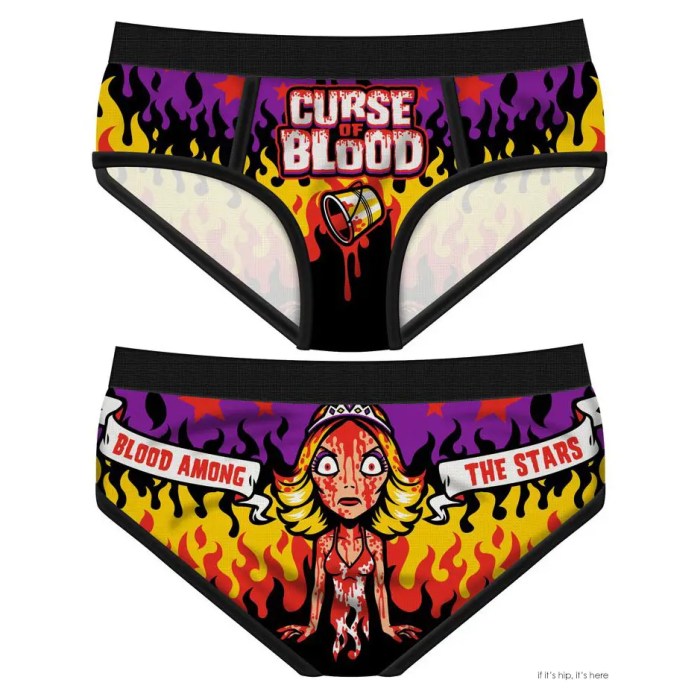 Dawn of the Red: New Boyshorts
Now, with their second Kickstarter project already funded despite some time left to go (the fundraiser ends on July 4th), boy short versions of the period panties will soon be available! 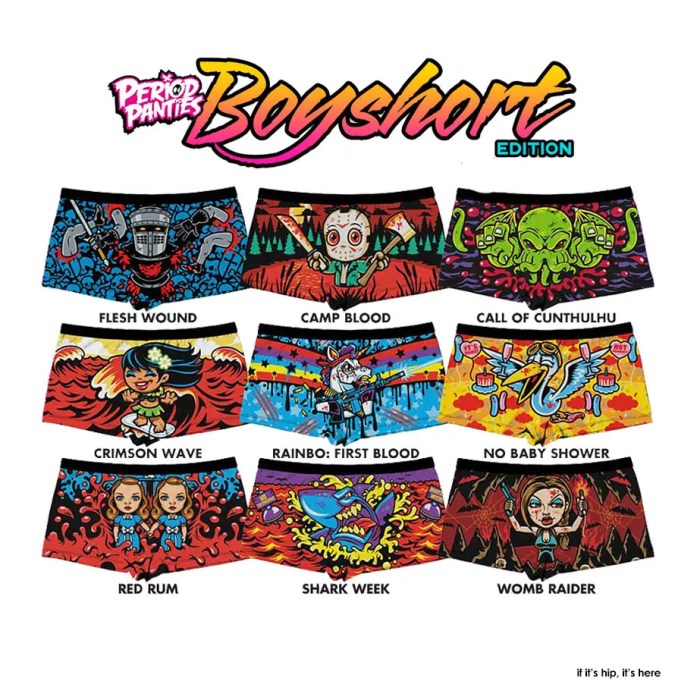 Illustrator and designer Anthony Hall founded the Chicago-based Harebrained in 2008. Now, along with Operations Manager Cole Cooney and Sales and Events Coordinator Amanda Barber, the trio is best known for their line of menstrual themed undies but have plenty of other fun products in the works. Wearable Confections From Shoe Bakery Will Give You A Sugar High.