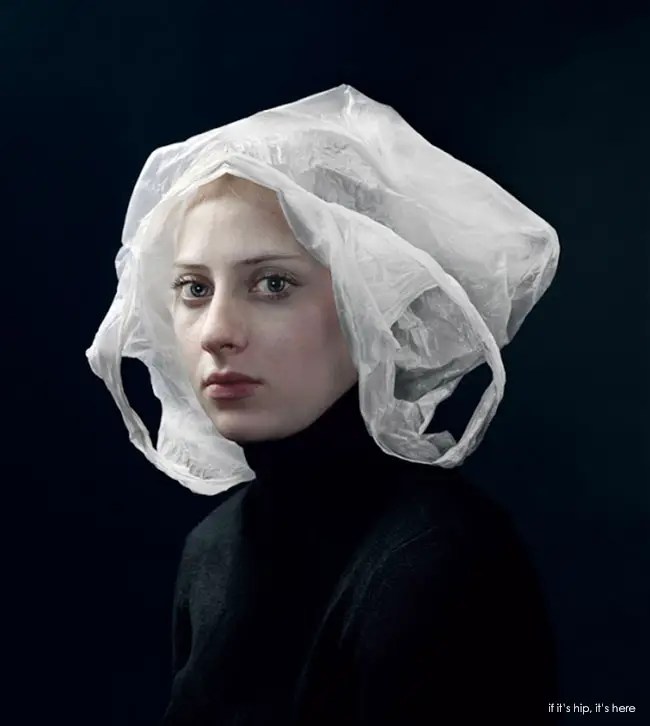 A few weeks ago I shared with you the work of Suzanne Jongmans, who re-interpreted paintings by famous Dutch Masters using packing foam and materials here. In a similar vein, photographer Hendrik Kerstens has been photographing his daughter Paula since she was a child, posing, lighting and styling her in the manner of famous Flemish art. Using everyday objects like trash bags, toilet paper, lampshades and towels for the fashions, his images simultaneously capture his daughter’s serene beauty and the historical seventeenth century style of portraiture.

Hendrik Kerstens Emulates Flemish Paintings With His Daughter As Muse

UPDATE: This series is now available as a book here 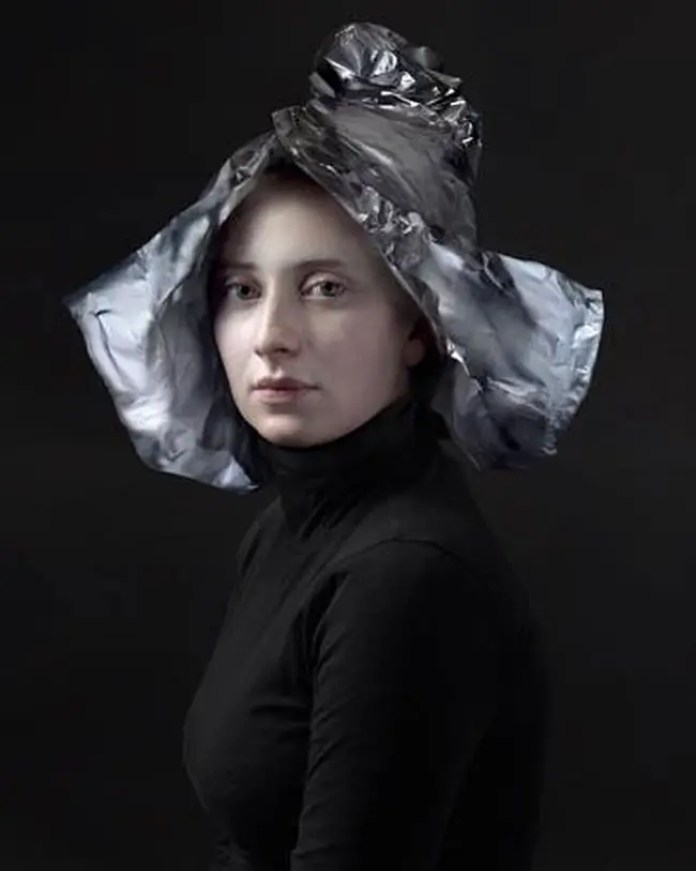 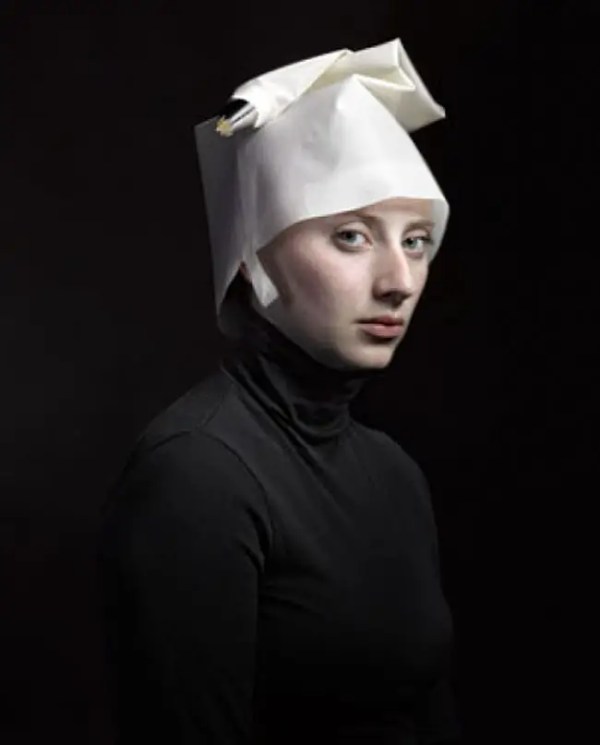 Below is a lovely essay about his work by Margriet Kruyver:
When Hendrik Kerstens decided to dedicate himself entirely to photography in 1995, he turned to a model very near at hand: his daughter Paula. He wanted to document all the important moments in her life, to ‘be there’, to capture something of the fleeting moments that fade from memory all too quickly. The inquisitive eye of the photographer plays an important part in the process: he sets out to catch a glimpse of his subject’s secret being and tries to understand what it is he sees.

He is fascinated and amazed by the fact that every human being, no matter how familiar, is ‘other’, a mystery that can never be completely unravelled. The project became known as ‘Paula pictures’, one of which went on to win the Panl-award.

Something else is going on in Kerstens’ photographs. Time and time again he uses his daughter as a model, immortalizing her, as if to stop time and oblivion. Not only does he picture her in relation to events in her own life, he also projects on her his fascination with the Dutch painters of the seventeenth century.

Kerstens: ‘One day Paula came back from horseback riding. She took off her cap and I was struck by the image of her hair held together by a hair-net. It reminded me of the portraits by the Dutch masters and I portrayed her in that fashion. After that I started to do more portraits in which I refer to the paintings of that era. The thing that fascinates me in particular is the way a seventeenth-century painting is seen as a surface which can be read as a description of everyday life as opposed to the paintings of the Italian renaissance, which usually tell a story. Northern European painting relies much more on craftsmanship and the perfect rendition of the subject. The use of light is instrumental in this.’

A number of the portraits of Paula are very reminiscent of Johannes Vermeer. the austerity of the photograph, its clarity, the serene expression on the young girl’s face, untouched by the experiences of adult life and, not least, the characteristic ‘Dutch’ light, all combine to create this impression.

Kerstens has photographed others beside his daughter, ‘gave them a place in his heart’ as he calls it. Over the years, he has portrayed a number of men and women. These ‘portraits’ and ‘tronies’(the 17th century Dutch word for faces or heads) refer in their execution to both the Dutch masters and the portraits of the Italian renaissance. Kerstens is conscious of the fact that people are the same, no matter who they are or what age they live in. Any association with a certain age is determined by the way we are depicted: the clothes and make up we wear, accessories and lighting. He is fascinated by this game with time and is capable of magically separating the portrait of Paula in a hoodie from everyday reality. You could say that he ‘paints’ with his camera. To him, photography with its technical possibilities is a means of continuing the ‘descriptive’ arts. The association with painting is even further emphasised by the sharpness of his photographs. The combination of his fascination with the ‘other’, the love for his child, his attempts to come to grips with the passing of time and the knowledge of his craft make this a unique series of photographs which can be firmly placed in the Dutch tradition. (via Witzenhausen Gallery)