` Why The Oscars Sucked. At Least for Me. - If It's Hip, It's Here
Skip to content If you were expecting an exciting photo-filled post about last night’s 2015 Oscars, the 87th Annual Academy Awards Show, I am sorry to disappoint you. I am not writing one because I was so bored by it, I couldn’t muster up any passion. Instead I’ll share with you why the Oscars sucked. At least in my personal opinion. Last night was supposed to be Hollywood’s most glamorous and exciting night of the year. Instead, it was the most boring awards show I have ever watched. And I’ve watched a lot of them. Perhaps it was because the show seemed to lack the presence of several of the industry heavyweights and Hollywood Elite. Where was Brangelina? Julia Roberts? Johnny Depp? Jennifer Lawrence? Sandra Bullock? Ryan Gosling? Jodie Foster? Tom Cruise? Cher? Jack Nicholson? Kate Hudson? Robert Downey Jr.? Penelope Cruz? Javier Bardem? Jim Carrey? Uma Thurman? Charlize Theron? Nick Cage? Al Pacino? Barbara Streisand?  Was Rene Zellweger afraid to show her new face?

Was Steven Spielberg there? Martin Scorsese? Woody Allen? If they were there, I didn’t see them. What about the Brit Contingency? Yes, we had the adorable and talented Eddie Redmayne and the beautiful Benedict Cumberbatch, but where was Emma Thompson? Colin Firth? Judi Dench? Hugh Grant? Maggie Smith? Anthony Hopkins? Carey Mulligan? Michael Caine? Without them, the evening felt very “un-Hollywood”- at least to me. Perhaps I’m getting old and am just not as star-struck with today’s younger talent, but I honestly don’t think that’s it.

Despite great films and talent in the running, and a host who I ordinarily find entertaining, the show was slow, staid, void of belly laughs and dragged on and on.

A Few Good Musical Numbers Does Not An Oscars Make above: Rob Lowe’s abominable number with Snow White at the 1989 Oscars was more memorable than last night’s entire show

With the exception of the Lego Movie’s “This Is Awesome” song, John Legend’s rendition of Glory and Lady Gaga‘s beautiful sampling of the songs from Rogers and Hammerstein’s Sound of Music, the show was almost painful to watch. Awkward and stilted. The set designs – although beautifully crafted, were utterly forgettable. I always hated the little ‘schtick’ the presenters used to do upon reaching the podium, but never thought I’d actually miss the obviously cue-card written skits. This year the presenters felt unengaged and robotic. Even John Travolta’s creepy dyed hair and his cupping of Idina Menzel’s face couldn’t save it. The whole thing felt like a real industry trade show event to which most people feel obliged to attend. 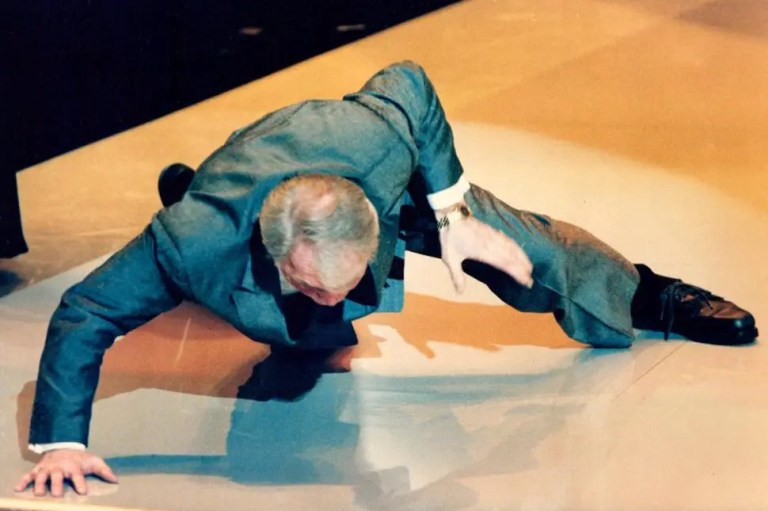 above: Jack Palance drops and gives the audience one-armed push-ups at the 1991 Oscars

No silly selfies (Ellen) or actors running into the crowd with delight (a la Roberto Benigni). No surprises on stage (Jack Palance’s one-arm pushups) and no one tripped going up the steps (Jennifer Lawrence). No wardrobe malfunctions. No flub-ups even worthy of a gif. above: Billy Crystals hilarious entrance as Hannibal Lechter at the 1992 Oscars

I never thought I could miss Ellen Degeneres as a host, or even Chris Rock fer god’s sake. I know it’s hard to fill his shoes, but Lord knows we need another Billy Crystal! I don’t mean any of this as a slight to Neil Patrick Harris, whose Tony hosting I have loved, but he just wasn’t suited to the evening’s event. We needed a bit more physical humor, some goofiness, someone who breaks up laughing. Neil was almost too cool, too cerebral and too snarky. And that long-running bit with the predictions? Ouch. Sadly, the crowd just wasn’t laughing at his jokes. 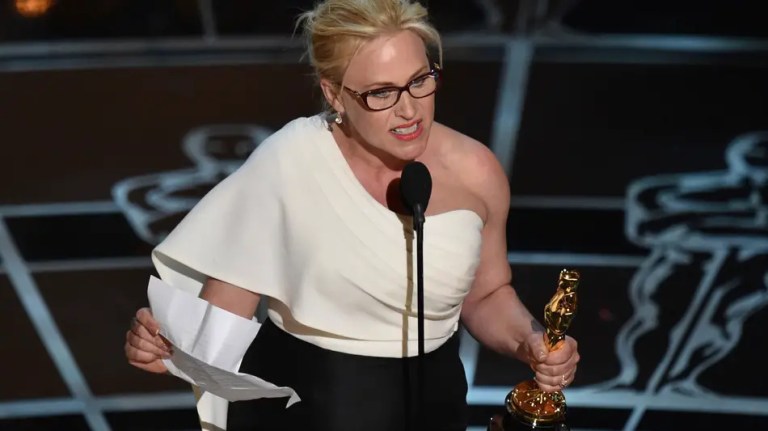 Yes, everyone looked beautiful. Oscar dresses were fabulous and age-appropriate, and people were behaved. The award recipients (aka winners) were warranted. Speeches were kind and thoughtful. With the exception of Patricia Arquette’s impassioned plea for equal wages for women and Graham Moore’s poignant admission, most were utterly bland. No one was inebriated enough to slur embarrassingly like Johnny Depp at the Hollywood Film Awards. Perhaps that’s the problem. 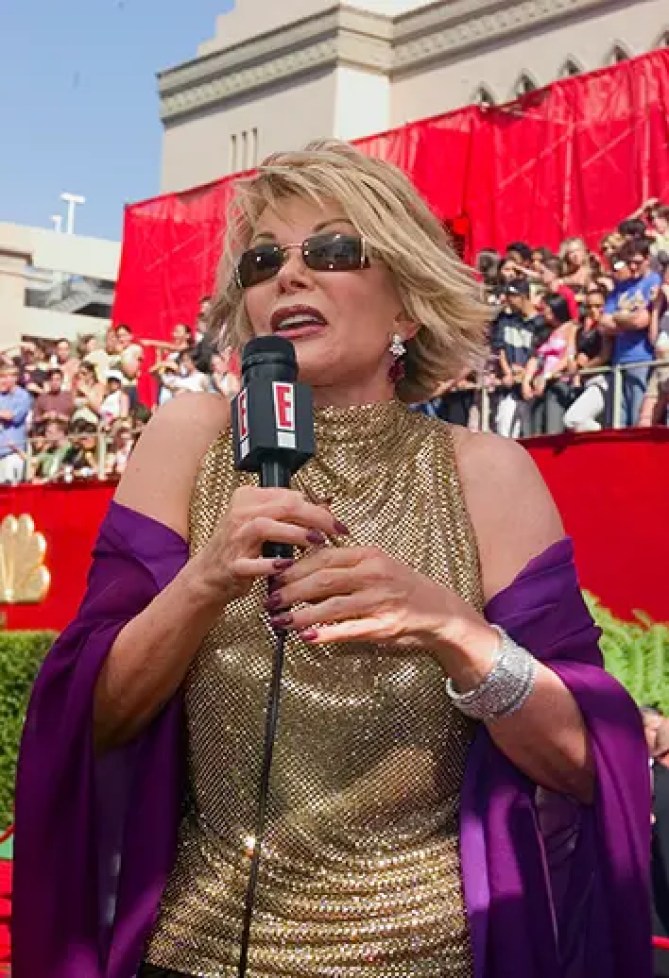 All of that aside, snubbing Joan Rivers in the “In Memoriam” segment really pissed me off. The Academy says there simply wasn’t enough time to include everyone, but that she is included in the memorial section on their site. I realize others were left out as well, but given that Joan was a red carpet staple – and largely the reason anyone ever started watching a red carpet pre-show to begin with, her absence from the segment seemed in very poor taste.

The SNL 40th anniversary show was a lot more fun to watch. And that wasn’t even that great either.

Tags: why the oscars sucked

A Bill Murray Art Tribute. All Bill. Only Bill. The Murray Affair.

The Million Dollar Mermaid Swims Out Of Our Lives. All About The Lovely Esther Williams. (35 photos)

The Face Of Baseball – Derek Jeter Made of 10,000+ Tiny Baseballs