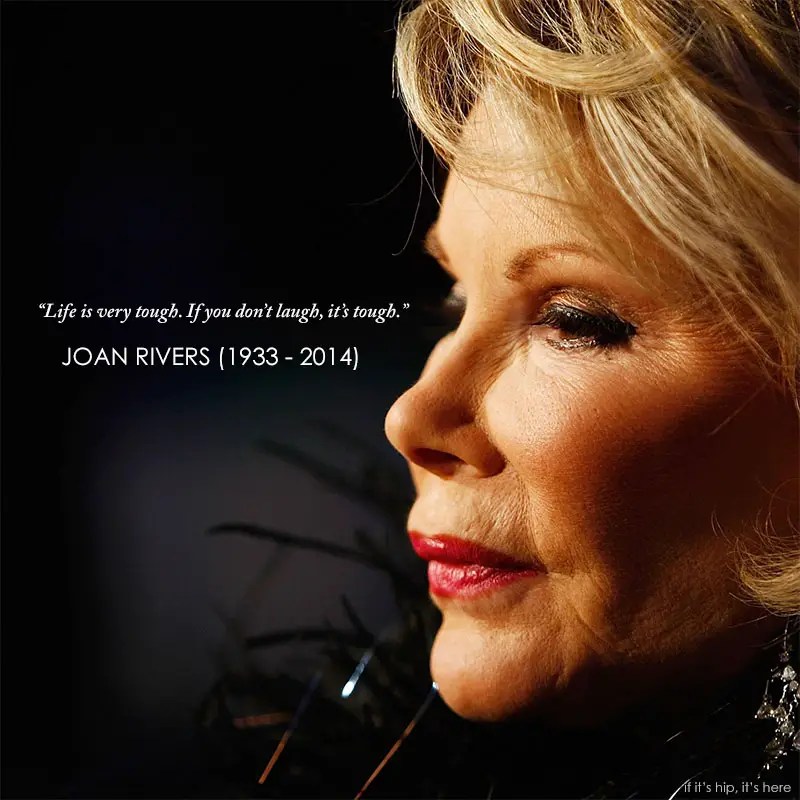 Whether they liked her or not everyone knew of Joan Rivers. The brilliant writer and comedienne known for her barbed tongue, hilarious one-liners and of course, her plastic surgery, has asked “Can We Talk?” for the last time. 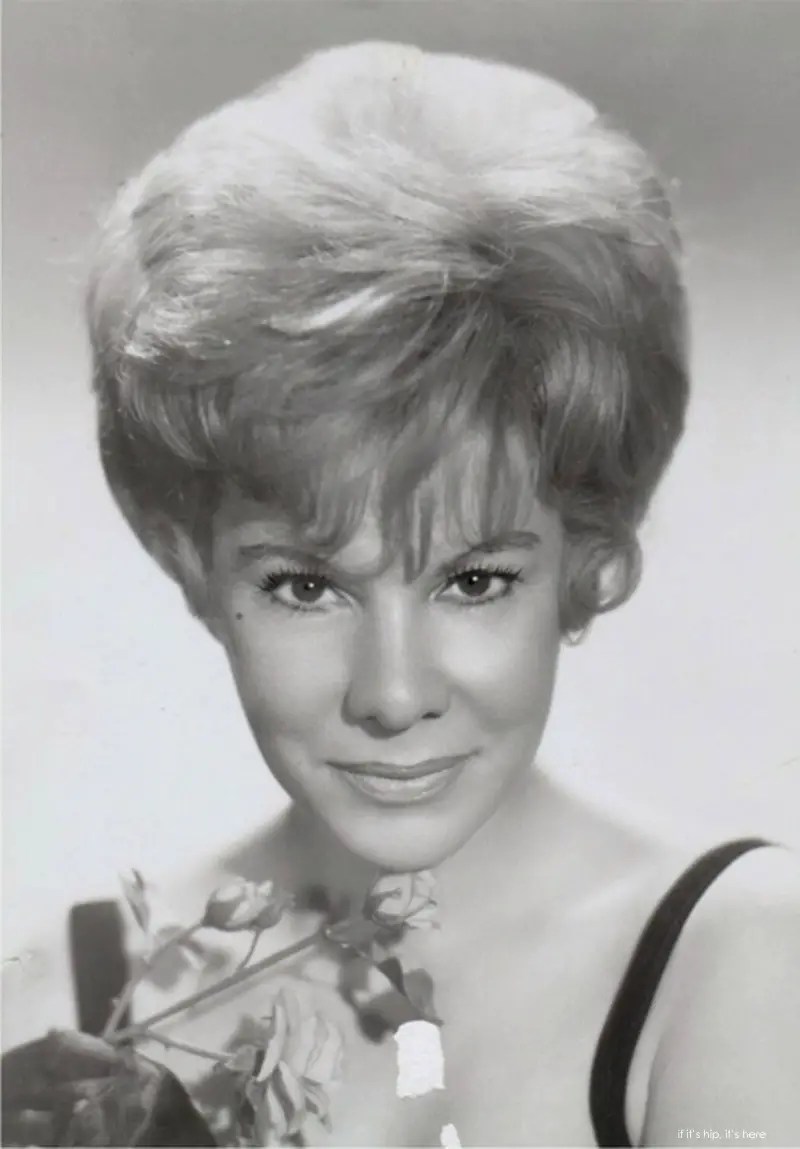 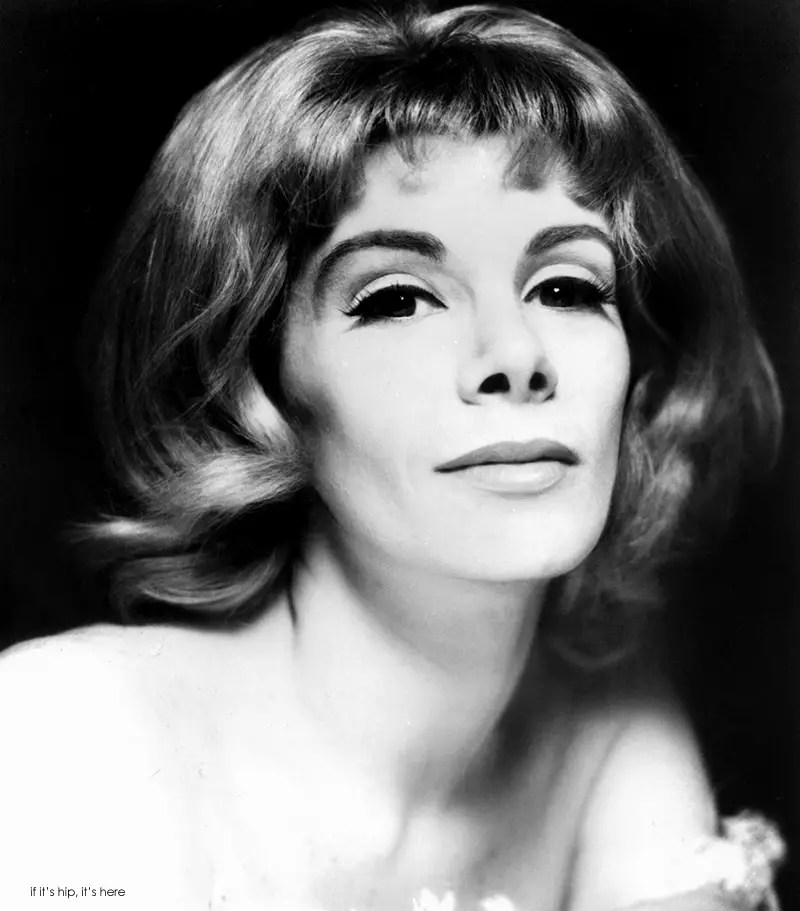 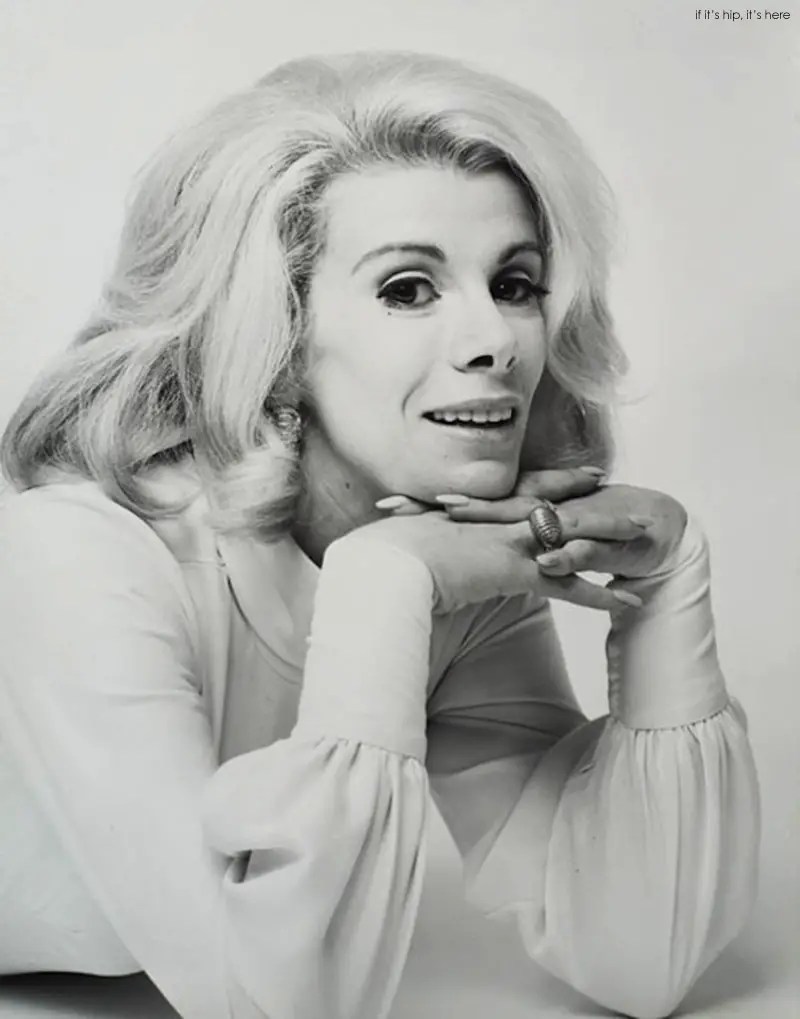 At the age of 81 the legendary, self-deprecating, catty comic passed away from respiratory failure and cardiac arrest as a result of surgical complications. The hardest working woman in show business, she wrote for the best (from Carson to SNL), published 12 books

, had her own late night talk show- twice, received a Daytime Emmy award in 1990, suffered the tragic suicide of her husband, bounced back from being broke, was a mother to actress Melissa Rivers and a grandmother to grandson Cooper. No one was immune to her quips and no one denigrated the actress more than herself. But there was much more to Joan than just a nasty, funny lady. More than just a face that underwent multiple plastic surgery procedures. More than just a popular Drag Queen’s choice to impersonate. What you may not have known is that in addition to multiple Emmy award nominations (and her win) she graduated Phi Beta Kappa, was nominated for a Tony award AND a Grammy, she was a Republican, a vegetarian, a collector of Faberge eggs (she sold most to Sotheby’s a few years back) and in 1988 was the first woman to ever eat lunch at the NY Friar’s Club after 84 years of its being an all-male dominated establishment for industry bigwigs.

She was the winning contestant on season 8 of Donald Trump’s Celebrity Apprentice and had a hugely successful line of costume jewelry, fashion and beauty products on QVC.  In 2013 she launched an online show on YouTube, In Bed With Joan and she was even the President of her condo board in New York. 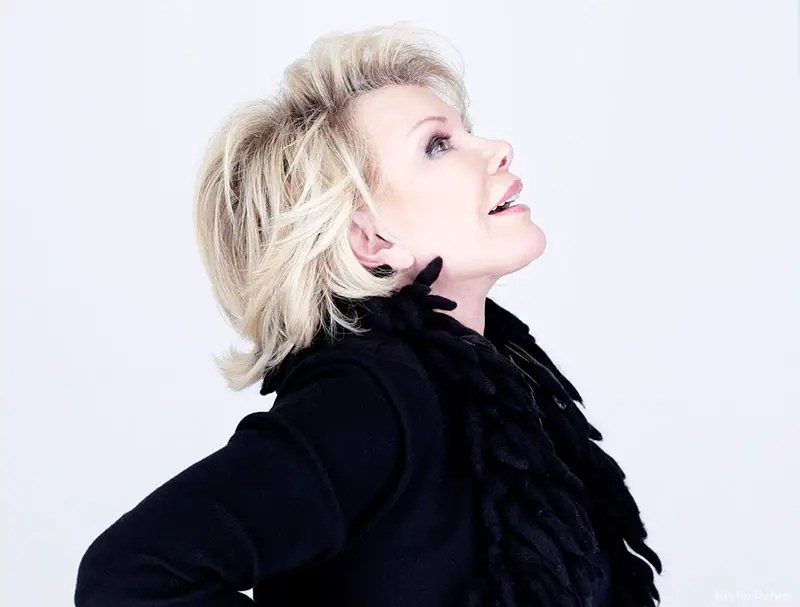 , because it is an incredibly compelling portrait of her A-type personality, obsessive work ethic, vulnerability, strength, intelligence and humor. 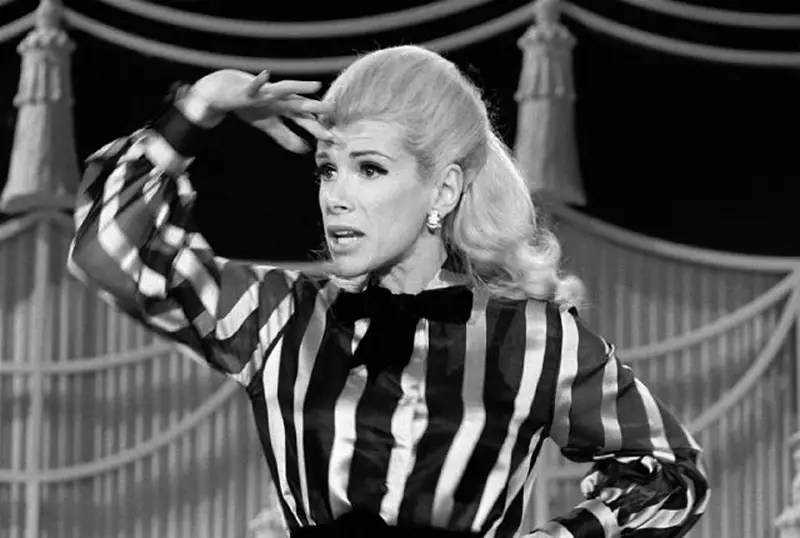 They all come up to me and say, “Without you, I couldn’t be here, the barriers you broke down.” I say, “Get the fuck away from me. I still could take every one of you with one hand behind my back. Outta here. Talk like that at my funeral, but not ’til then.” 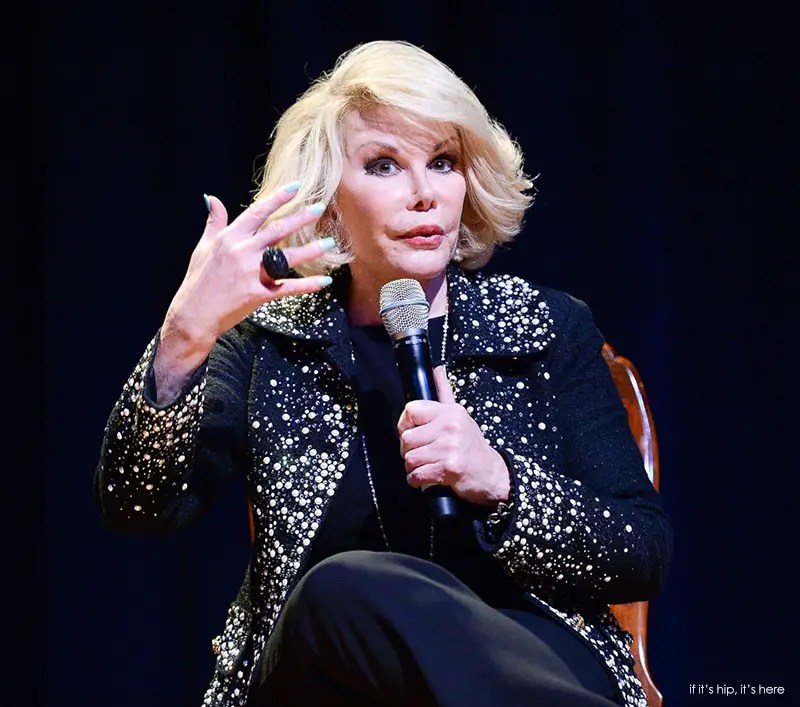 The word “class” probably doesn’t come to mind when you think of Joan Rivers. Not at first. But if you delved into her life, you’d be surprised to know she was full of it – ‘class’ that is. The Jewish dog-lover had style, taste and generosity.

Her Connecticut, California and New York homes and condos were impeccably decorated, as was she. She was benevolent and supported multiple charities and organizations such as The Cystic Fibrosis Foundation, God’s Love We Deliver, The American Foundation for Suicide Prevention and Guide Dogs for the Blind. She also dedicated her time to the National Osteoporosis Foundation and Wounded Warriors, among other remarkable organizations. Not to mention her tons of interviews, book-readings and signings, hosted parades and galas and on and on. 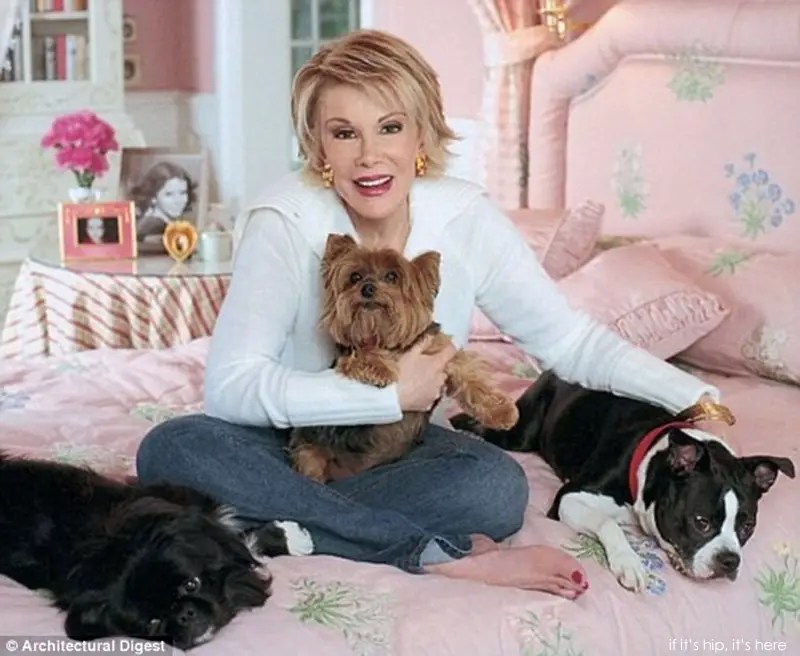 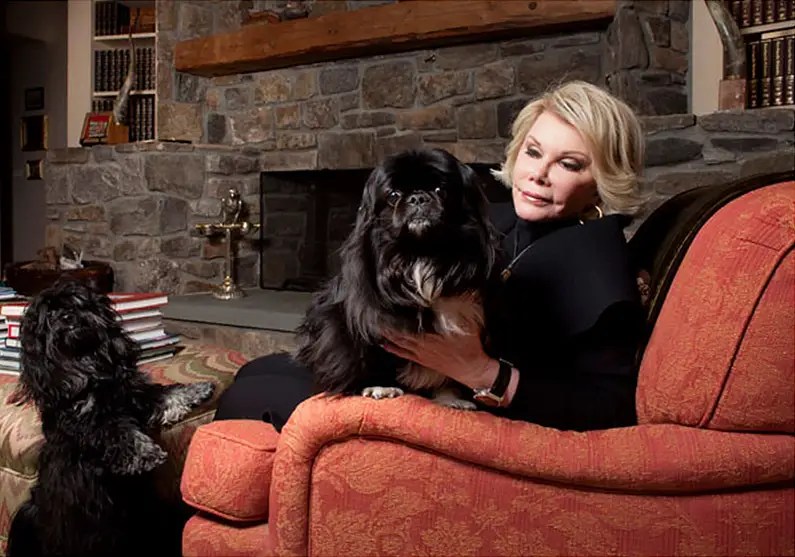 At 81, she was still tirelessly plugging away.

“The only thing that’s saving me is my age. Because I don’t care. I’ve been up, I’ve been down. I’ve been fired, I’ve been hired. I’ve been broke. What are you gonna to do me? Not like me? I don’t give a damn.” – Joan Rivers 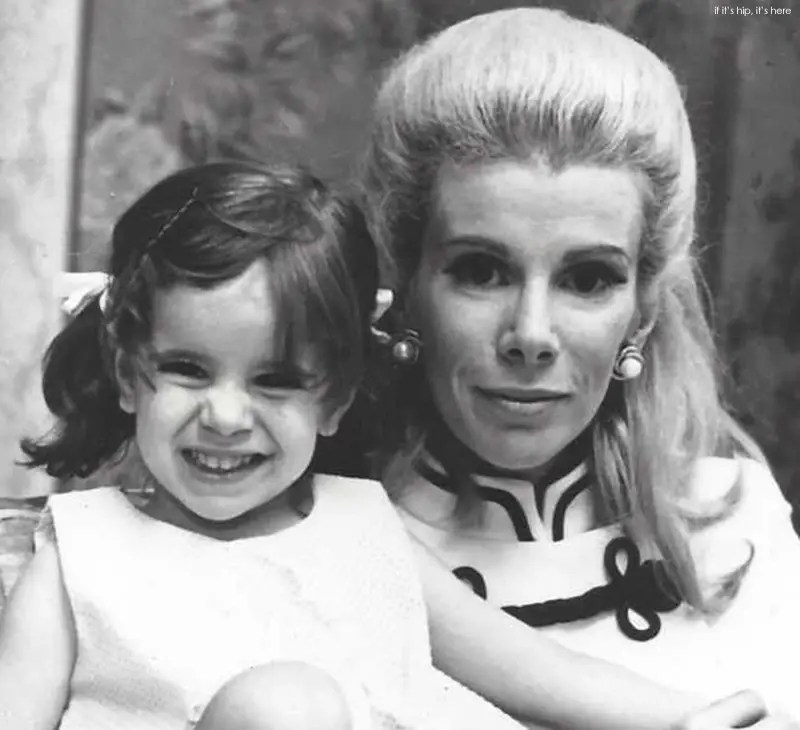 “It is with great sadness that I announce the death of my mother, Joan Rivers. She passed peacefully at 1:17pm surrounded by family and close friends. My son and I would like to thank the doctors, nurses, and staff of Mount Sinai Hospital for the amazing care they provided for my mother.

Cooper and I have found ourselves humbled by the outpouring of love, support, and prayers we have received from around the world. They have been heard and appreciated.

My mother’s greatest joy in life was to make people laugh. Although that is difficult to do right now, I know her final wish would be that we return to laughing soon.” 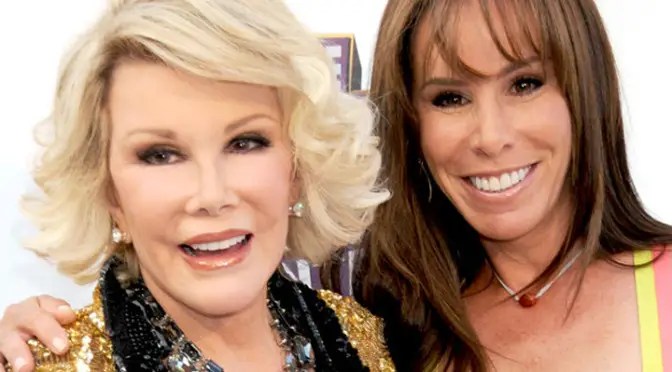 Plastic Surgery
An advocate of plastic surgery, Joan never liked her own looks and felt that if women could afford it, it was good for their self-esteem. Joan had her first cosmetic surgery procedure (an eye-lift) in 1965 at age 32. She then went on to thin her nose in 1983. Face lifts, collagen fillers and botox injections followed. Below is a look at Joan’s changing visage through the years: 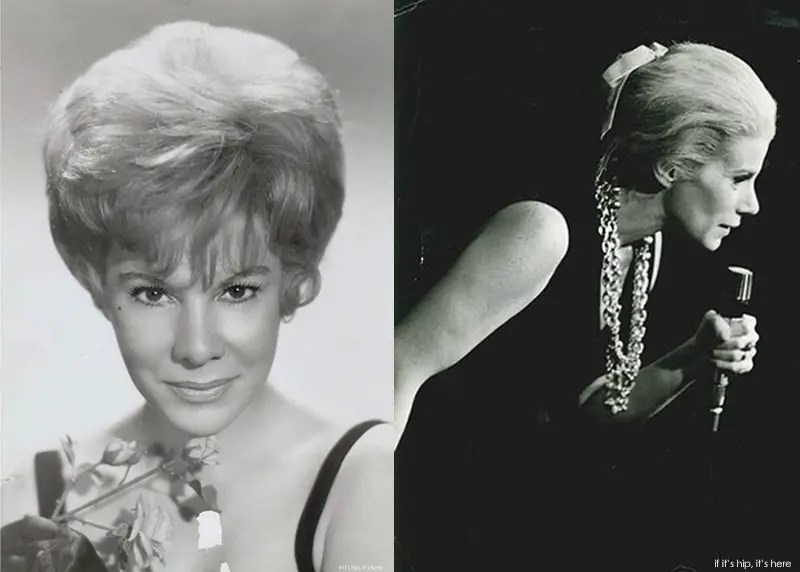 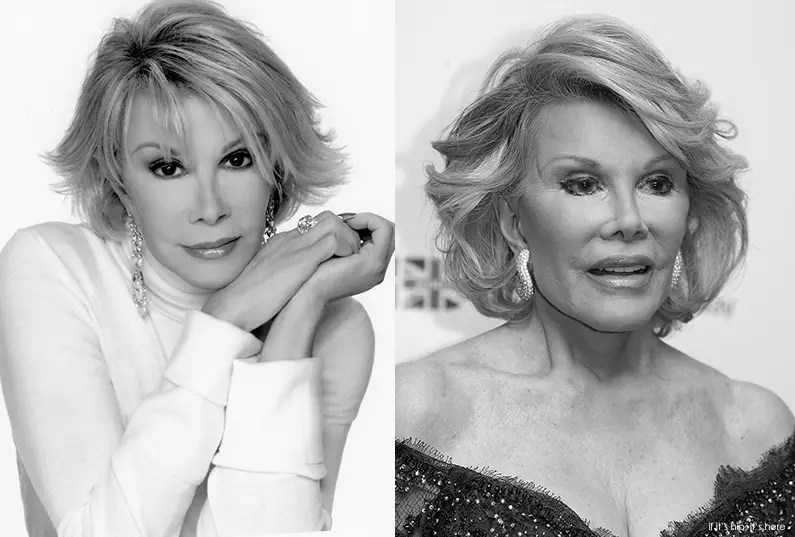 Early Life
The daughter of Russian immigrant parents, Joan Rivers—originally Joan Alexandra Molinsky—was born on June 8, 1933, in Brooklyn, New York. She was the youngest of two daughters, and her father was a doctor who had a great sense of humor. The Molinsky family eventually moved out to Larchmont, a suburb of New York City.

Rivers attended Barnard College, where she excelled at academics, graduating Phi Beta Kappa with degrees in English literature and anthropology. She also pursued her interest in performing there. She appeared in numerous campus productions during her time there. After graduation, however, Rivers abandoned her dreams of being an entertainer for a more practical career. She went to work as a buyer for a chain store and eventually fell in love with the owner’s son. But this relationship didn’t last—the couple split up six months after tying the knot.

‘Tonight Show’ Star
So Rivers returned to her passion for performing. Determined to succeed, she appeared in a number of small plays, including a role as a lesbian opposite an equally unknown Barbara Streisand. When it became apparent that acting was not her forte, she switched to comedy and spent the next seven years doing the rounds of New York’s comedy clubs.

Her years as a struggling performer in the coffeehouses of Greenwich Village gave Rivers the experience she needed, and her big break finally came along in 1965: A booking on The Tonight Show Starring Johnny Carson ignited her career, as she was an instant hit.

Her Own TV Series: ‘That Show’

In the late 1960s, Rivers landed her own program called “That Show” with Joan Rivers (also known as The Joan Rivers Show), which featured guests like Florence Henderson, Soupy Sales and Jerry Lewis. She also continued to appear on Carson’s program as well as The Ed Sullivan Show. Before long, Rivers became a household name.

Around this time, Rivers tried her hand with movie work. She had a small part in the 1968 film The Swimmer with Burt Lancaster. Working behind the camera, Rivers co-wrote a 1973 television movie called The Girl Most Likely To and later directed her first film, Rabbit Test (1978), starring Billy Crystal.

Personal and Professional Challenges
By 1983, Rivers was headlining Las Vegas, had a Grammy Award-nominated comedy album and two best-selling books. That same year, she became Carson’s permanent guest host. The comedic actress’s relationship with Carson would sour only a few years later, however, when FOX offered Rivers her own late-night talk show—aimed to be a direct competitor of Carson’s show—and she accepted.

The series, entitled The Late Show Starring Joan Rivers, began airing in October 1986 and was canceled the following year. According to Rivers, Carson was so infuriated by her decision to leave his show for her own, without consulting him first, that he never spoke to her again. Rivers has maintained that she left The Tonight Show because of a conflict with NBC, not Carson, whom she’s called a father figure as well as “the man who handed me my career.”

Rivers suffered a series of career setbacks during this period. Her show was canceled and the entertainment industry turned its back on her. Additionally, Rivers lost her husband and producer of 22 years, Edgar Rosenberg; he committed suicide in 1987.

Gutsy and determined, Rivers moved back to New York and began rebuilding her life and career. Around 1989, she launched her own syndicated daytime talk show. She went on to win an Emmy Award and a star on the Hollywood Walk of Fame (1990). Later, in 1994, she co-wrote and starred in Sally Marr…and Her Escorts, which garnered her a Tony Award nomination for best actress.

Rivers also established herself as an entertainment commentator, serving as host of the E! series Live from the Red Carpet from 1996 to 2004. No celebrity was spared from her quips and cracks during her tenure.

Heaven’s excited for your arrival, Joan. Give ’em hell. 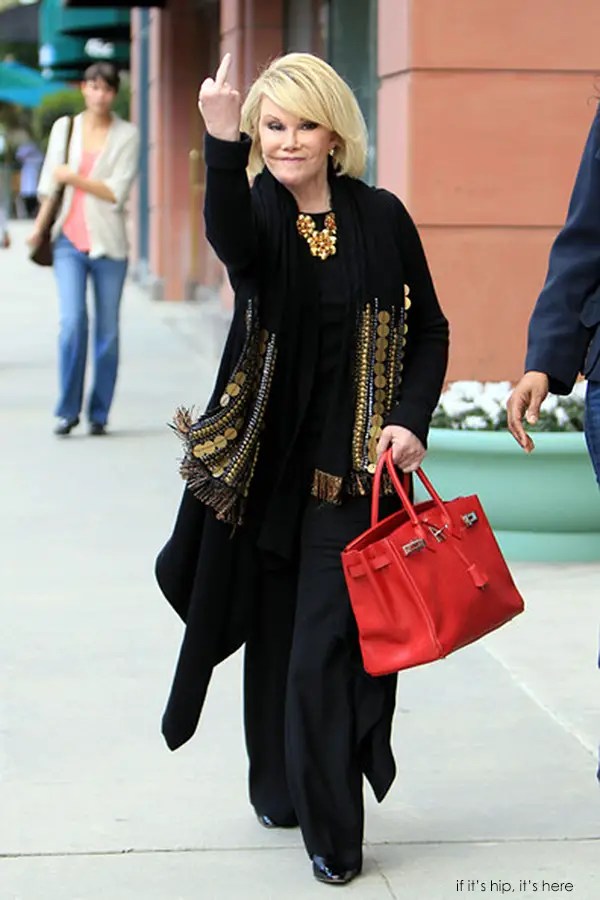 Needless to say, we will all be laughing a little less for awhile. Thank god for Sarah Silverman.

If you want to visit Joan’s star on the Hollywood Walk of Fame (which she received on on July 26, 1989) it’s located at 7030 Hollywood Boulevard in Hollywood, California.