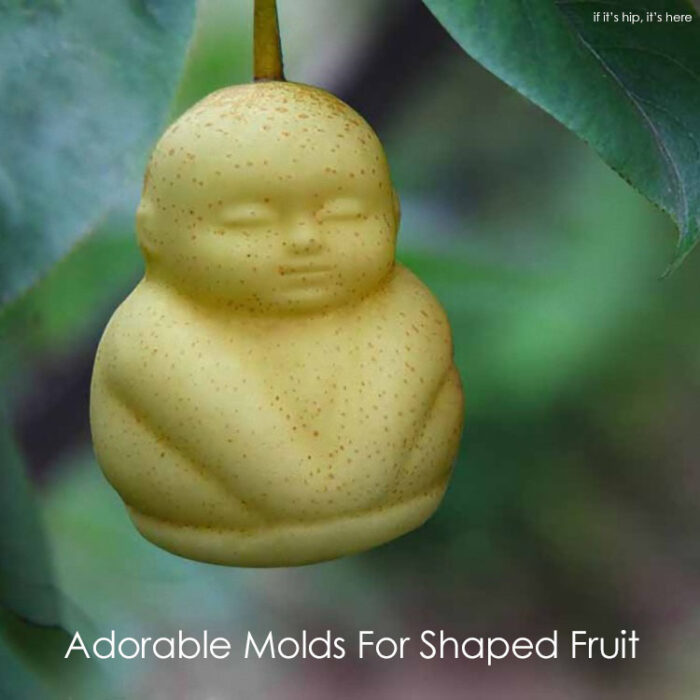 It’s the type of thing that gets featured on tv programs about things that are ‘incredible.’ You may have seen images of them on sites that feature the Bizarre and Unusual. Or in articles about manipulated foods or foods of the future. But those Buddha and baby shaped pears, square and heart shaped watermelons, star shaped cucumbers and apples with words on them are made simply by forcing the fruit to grow in plastic moulds made by the aptly named Fruit Mould Company of China.

Grow Your Own Fun Shaped Fruit It should be noted that the idea of fruit molds originated in Japan, but China’s Fruit Mould Company makes it easy for you to create real shaped fruit (and vegetables) yourself. The company sells many different shaped moulds from Deities to babies to create your own fun garden of adorable edibles. 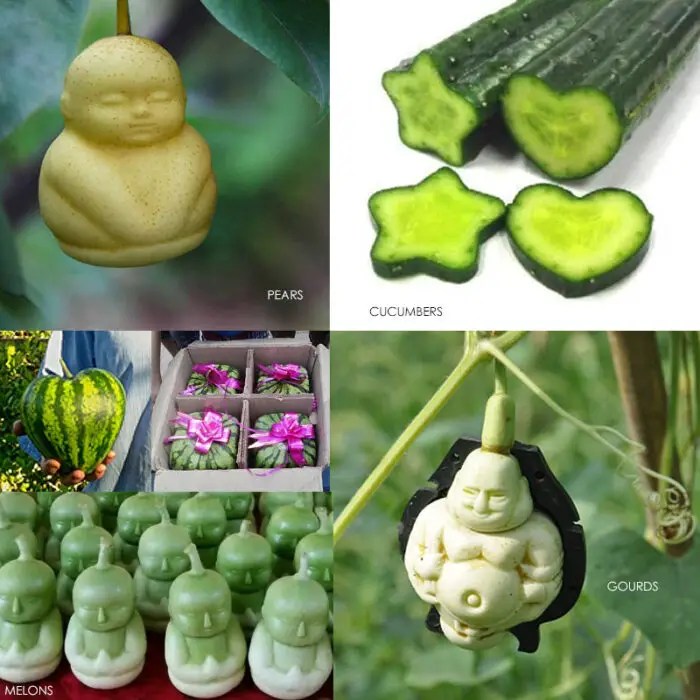 Square and Heart Shaped Watermelons are easy to grow with these plastic moulds: 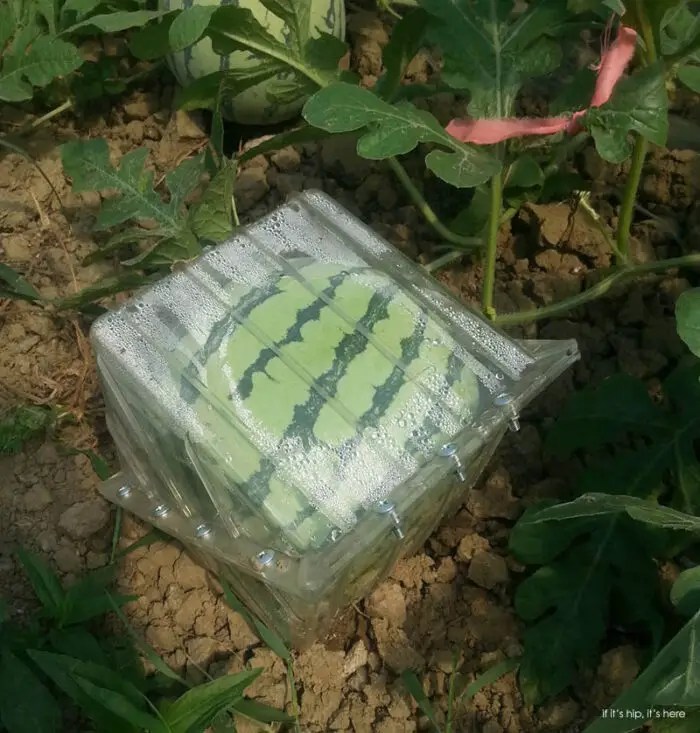 The moulds are made of a strong PC plastic material, are non-toxic and most are fully transparent. They have shaped moulds for watermelons, apples, peaches, pears, tomatoes, cherries and cucumbers. They stock simple shapes like hearts, cubes and stars that start around $3 and more intricate and detailed moulds that run up to $18 each. (prices subject to change) 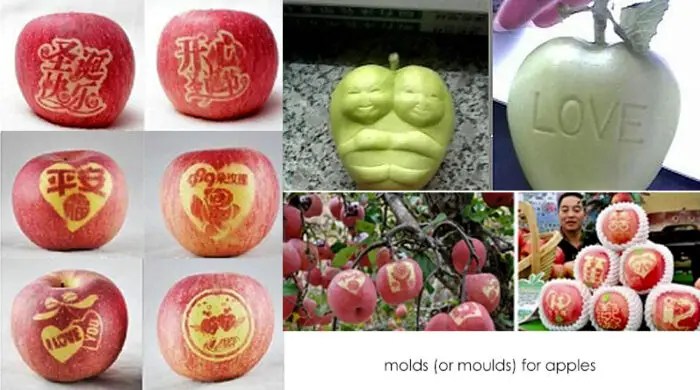 The process is simple: clamp the molds on the fruit with screws when it is still very small and young. Keep it out of direct sunlight so it doesn’t burn. You can remove the molds when the fruit fully fills them and the fruit will keep growing as shaped. 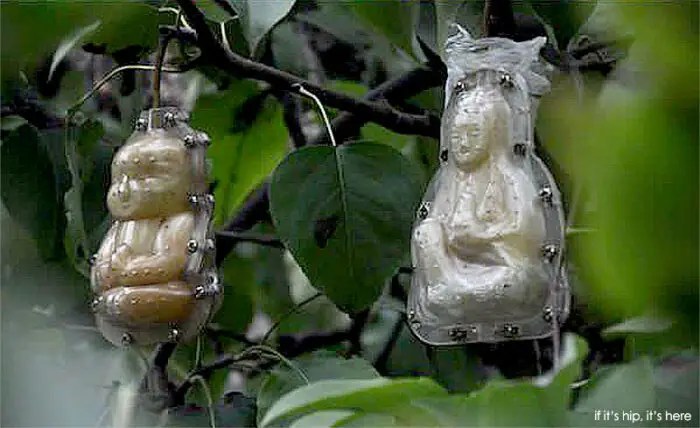 And now, recently added, a Skull-shaped mould for pumpkins and melons! 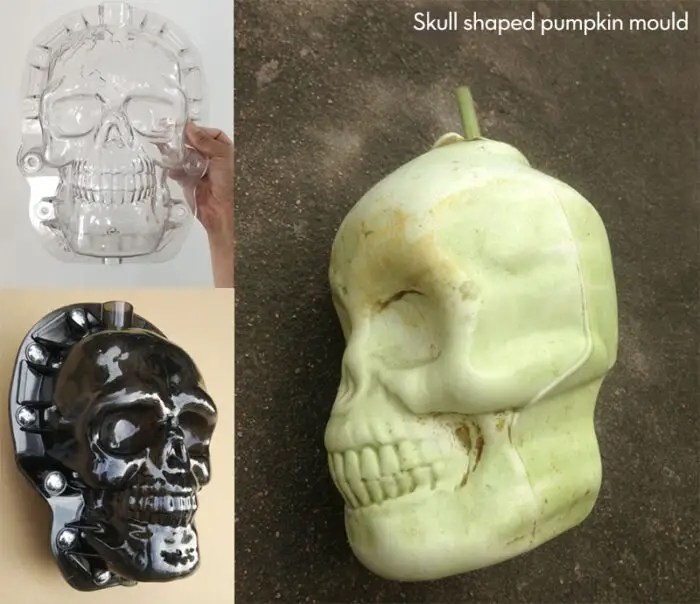 Available through their website. You, of course, will have to provide the tree/ plant/ vine/ seed. (Note: they do sell some fully grown shaped fruit via their website)

16 Designer Perpetual Calendars That Are Timeless.