` Versions of Monopoly Part I - If It's Hip, It's Here
Skip to content 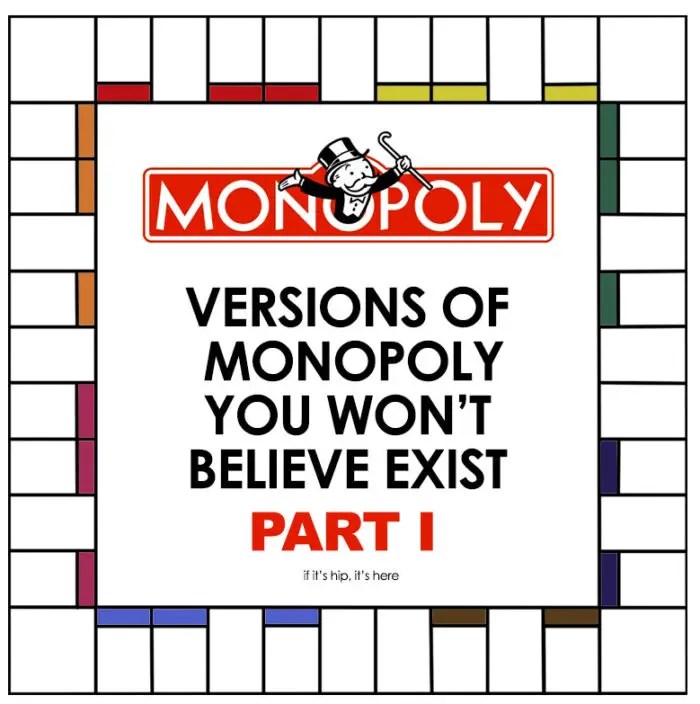 By now you’ve long unwrapped your Christmas gifts. Maybe you received the board game Monopoly? If you did, which version? Did you know there are over 300 different versions of the official board game you can buy right now? OVER THREE HUNDRED?!

In honor of the board game’s 80th anniversary, I want to show you how many versions of Monopoly exist, but I have to break this into two posts because there are so many. I hope you will enjoy both today’s and tomorrow’s.

First, the Origin of the Monopoly board game
The tale most commonly told about the origin of the board game was that an unemployed man named Charles Darrow dreamed it up in the 1930s, sold it and became a millionaire, saving both him and Parker Brothers from the brink of destruction. Not true. Thanks to a NY Times article published earlier this year we know the true story is that a woman named Elizabeth Magie Phillips created The Landlord’s Game and filed a legal claim for it in 1903 – more than thirty years before Parker Brothers was manufacturing the game. She actually designed the game as a protest against the big monopolists of her time — people like Andrew Carnegie and John D. Rockefeller.

Sadly, Darrow claimed the monopolist version of Phillips’ game as his own and struck an agreement with Parker brothers that ensured he would receive royalties. Magie’s income for her creation was reported to be a mere $500.

Versions Of Monopoly Part I

You probably know that they have individual sports team and league editions, various global city editions and the “MY” customizable editions. And you must be familiar with the many Star Wars editions and Disney Editions. But did you know there’s a Metallica edition? What about The Chrysler Town & Country Road Trip version? Betcha didn’t know there were 3 different fishing editions (Bass Fishing Edition, Bass Fishing “Lakes” Edition and Fishing “Prized Catch” Edition)

Excluding the travel, commemorative, anniversary and electronic versions of the traditional board game, there are SO many random, odd branded versions of the game, I simply have to bring some of them to your attention in multiple posts. Below are tons of examples (but certainly not all) with the links to purchase each. 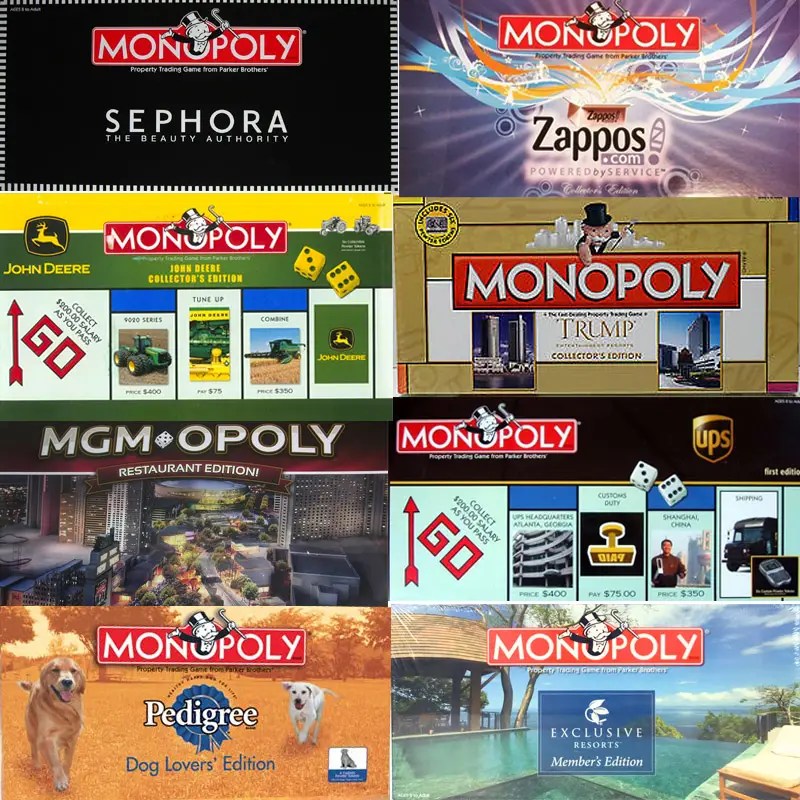 First off, the super specific branded editions. Many were made specifically for the company and its employees, but still sealed new versions are available to purchase. Click on the links below to purchase:
AC/DC Edition
Metallica Edition
The Rolling Stones Edition
The Beatles Edition
Elvis Edition
One Direction Edition 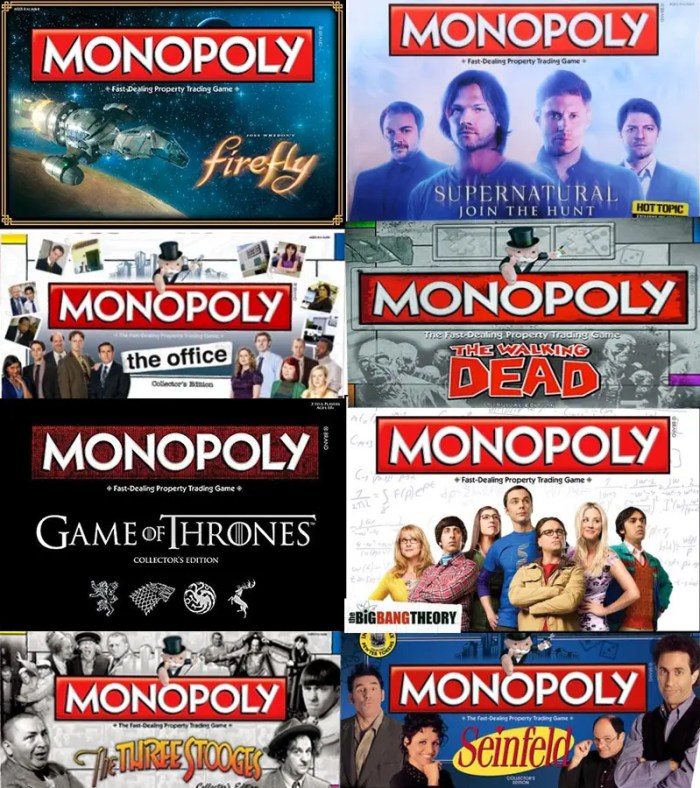 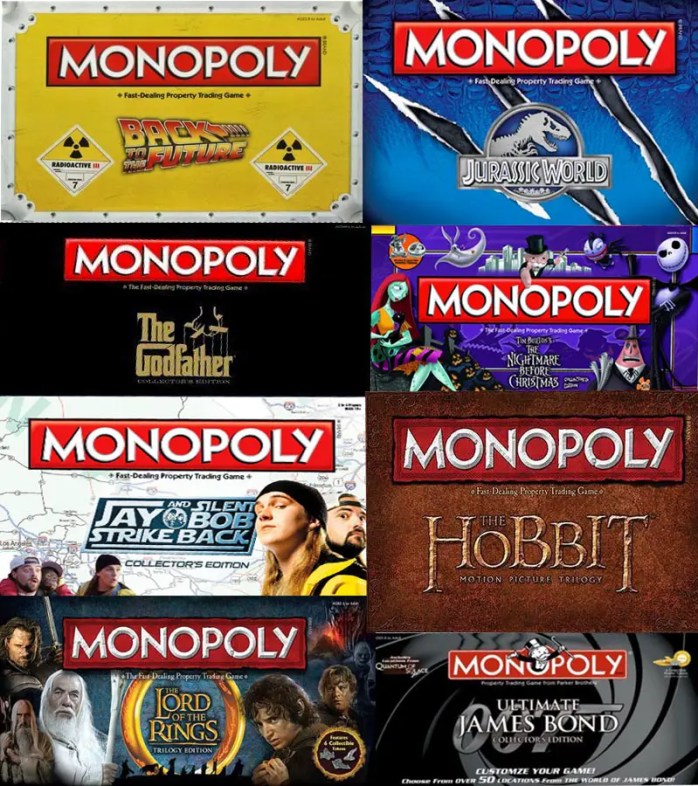 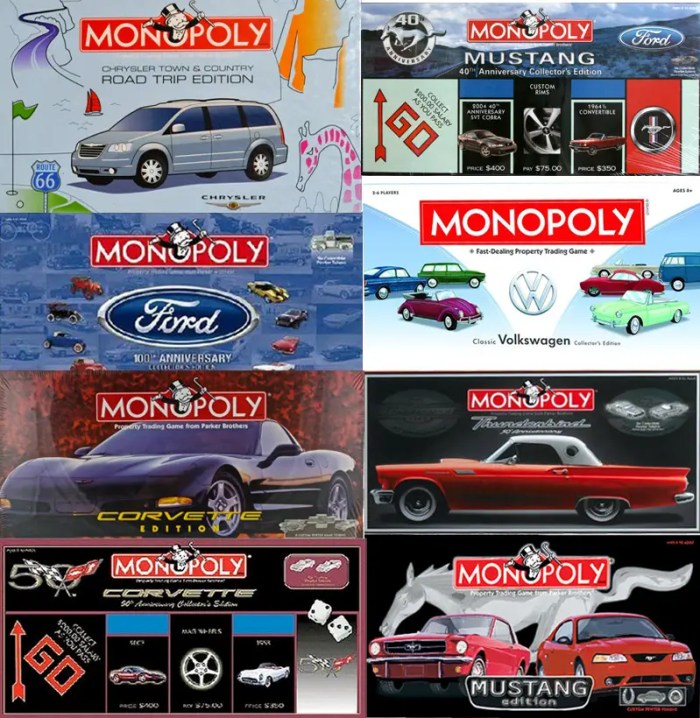 Be sure to come back tomorrow to see more versions of Monopoly you won’t believe exist!

The Smithsonian has an interesting article about Monopoly you may want to check out here.