` Versions of Monopoly You Won't Believe Exist - Part II - If It's Hip, It's Here
Skip to content 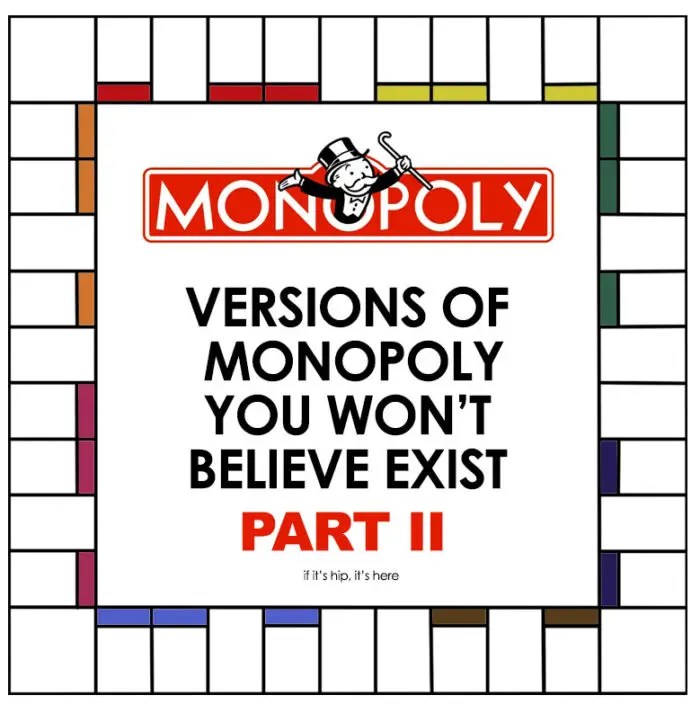 Yesterday I shared with you over 60 versions of Monopoly inspired by Pop Culture. Movie, Live Action TV and Celebrity versions as well as uniquely branded editions and Automotive editions.

I began yesterday’s post with a little history of the board game. If you didn’t read that, I suggest you do. That said, onto the next slew of hard-to-believe official versions of the board game that can be purchased right now. 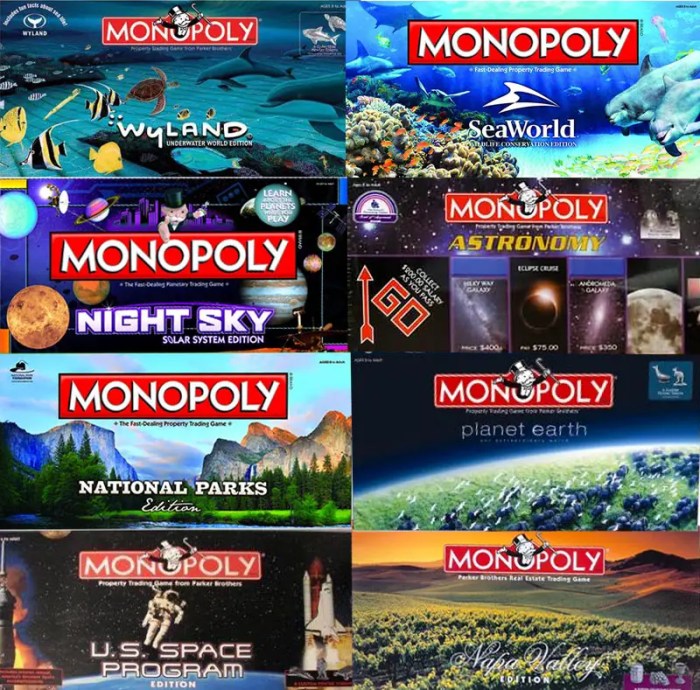 Of course there are tons of NASCAR, FIFA golf, fishing and hockey versions as well. You can find those and more on my Monopoly Pinterest board 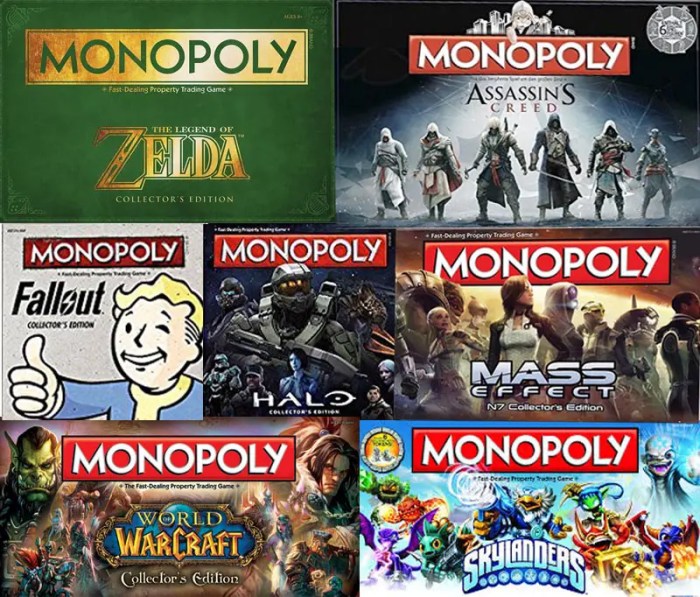 Inspired By Other Toys Editions: 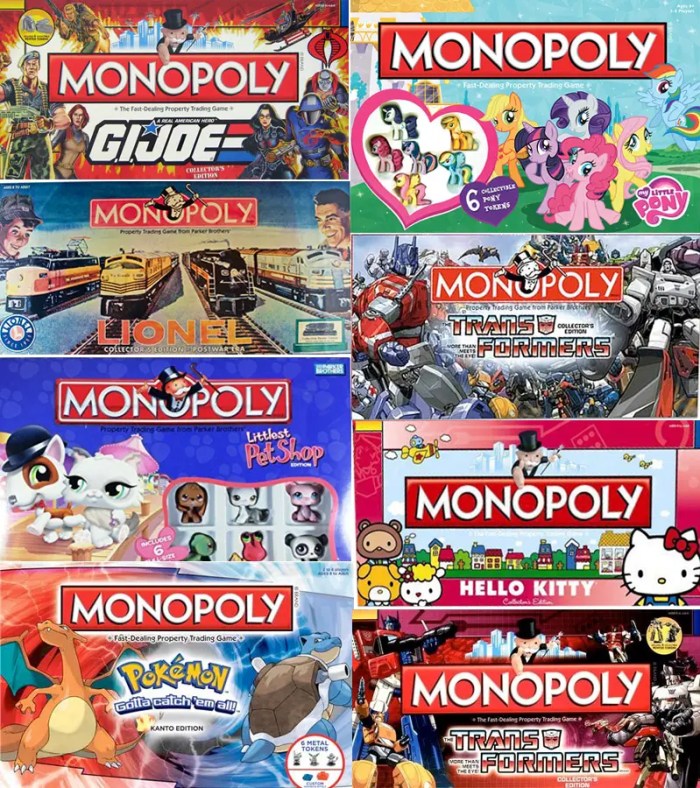 Note: there are tons of variations on the Marvel and DC Comics versions such as Superman, Batman, Fantastic Four, X-Men, Villians, etc. These can all be found with links to purchase on my Monopoly Pinterest board here

MAKE A CUSTOM VERSION OF YOUR OWN

Obviously they make it easy for you to create a custom game of your own. To learn more about creating a custom version of Monopoly, visit here