First off, a bit about the original handbag for you.

The Versace Palazzo Empire handbags are the ‘it’ bags of 2016. A bag of supple luxury, crafted in the finest calfskin, or in special limited editions in crocodile or python. It’s a versatile style that can be carried two ways, either in the hand or across the body with the regiment stripe strap. Inside are functional pockets and a linen lining. The Palazzo Empire is defined by its Medusa head, which stands proud in metallic, or painted tone-on-tone to match the color of the bag.

The competition gave anyone the opportunity to express their imagination by uploading an original photo of what they consider the monuments or landscapes, found in the cities of Paris, Milan, Tokyo, New York, Beijing, Hong Kong or São Paulo which best characterize, and hence are symbolic of, that city.

Versace then selected a detail of the monument or symbolic landscape pictured in the published winning photographs and transferred it to the Palazzo Empire Bag to be marketed and sold by Versace through its own authorized sales channels.

You can view a gallery of the submitted photos here

The Seven Bags For Seven Cities

Below are the fronts of each of the 7 bags. The sides and the backs are decorated with imagery as well. 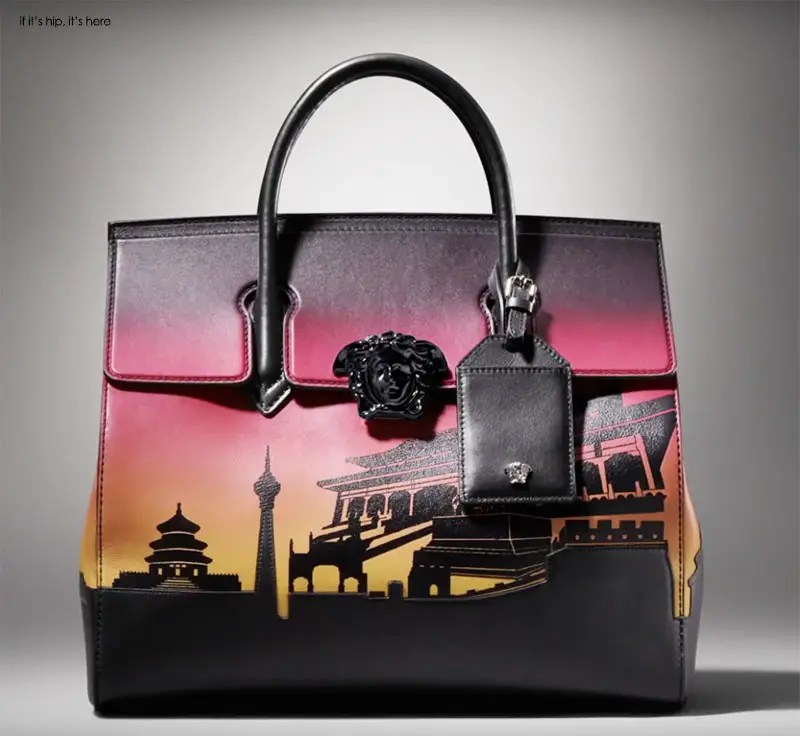 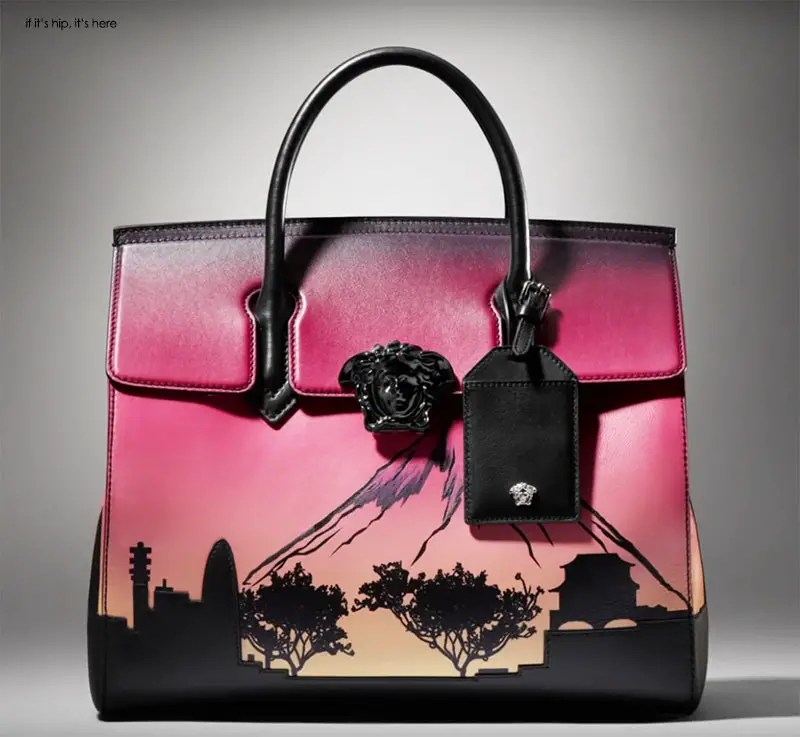 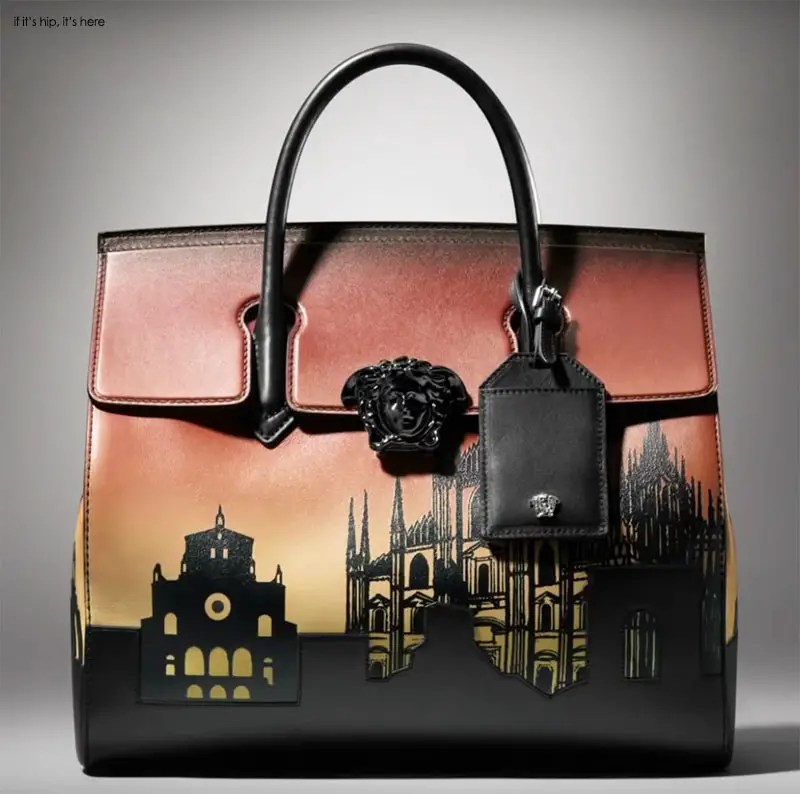 Donatella Versace And Artist Tim Roeloffs Dress Up The Runway.