` No Day Shall Erase You: The 9/11 Memorial Museum Book
Skip to content 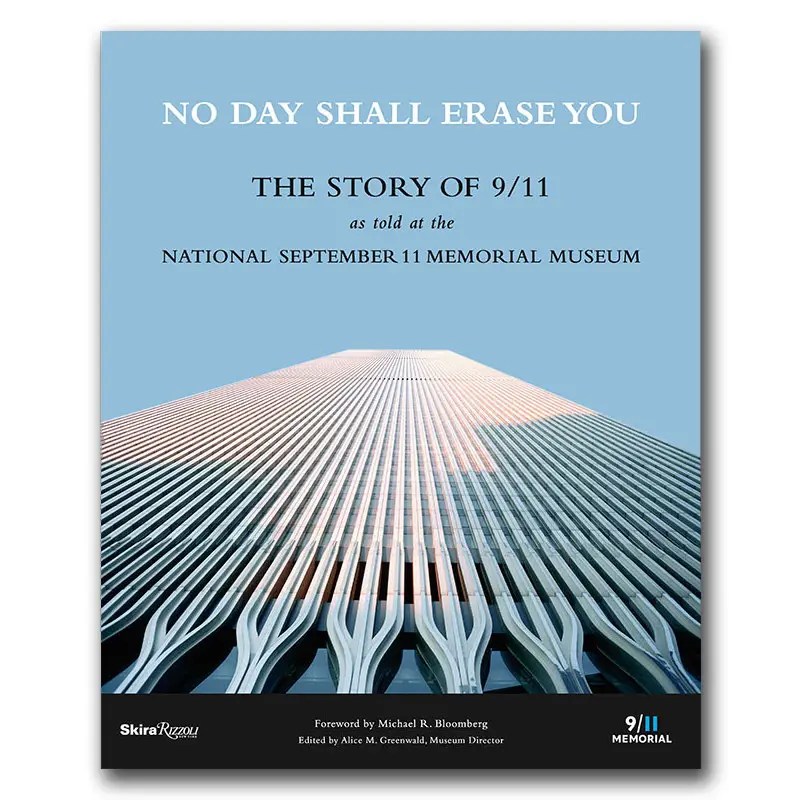 Today marks the release date of the 9/11 Memorial Museum’s definitive, official companion book “No Day Shall Erase You: The Story of 9/11 as told at the National September 11 Memorial Museum.”

Coinciding with the 15th anniversary of Sept. 11, “No Day Shall Erase You” tells the somber story of 9/11 through stunning photographs and heartfelt, informative essays from 9/11 Memorial & Museum staff. The book, with a foreward by Michael Bloomberg,  takes readers on a journey through the museum, highlighting monumental and authentic artifacts that convey the emotional and historical significance of 9/11.

The book also provides a behind-the-scenes glimpse into the museum’s evolution from concept to reality. In the first chapter of the book, 9/11 Memorial Museum Director Alice M. Greenwald explains the vision for the exhibition space.

“We thus understood our charge: to deliver a memorial museum that could be an agent of resolve, demanding that each of us, individually, nationally, and globally, place a value on every human life,” said Greenwald. “Ultimately, the experience of the 9/11 Memorial Museum would be multi-dimensional: a place of learning, remembrance, and inspiration set within a space of palpable authenticity.”

It also provides a behind-the-scenes glimpse—through photographs and planning concepts—into the evolution of the museum from idea to finished entity. By maximizing the visual impact through the innovative use of photography and design, the book immerses the reader in the visceral emotion of both the museum and the day—September 11—itself.

The NY Times writes of the book:
The book persuasively explains how the museum became both a burial ground and a place of contemplation, commemoration and historical remembrance “at the same time and in the same space.”

“Readers are reminded of the missing-persons posters; the Lady Liberty statue festooned with memorials that stood outside a firehouse in Midtown Manhattan; Milton Glaser’s “I ♥ NY More Than Ever” poster; the red bandanna worn by Welles Remy Crowther, a 24-year-old equities trader and volunteer firefighter who directed fellow office workers to safety but died himself; the photograph of the plume of smoke wafting from the site as seen from space; a $2 bill that Robert Joseph Gschaar, an insurance underwriter who vanished while working at the south tower, gave his wife when he proposed; and the image of the Rev. Mychal F. Judge, a Fire Department chaplain, being carried away after giving last rites to others.

Also pictured is a meteorite-like mass of building elements and other components fused by the pressure of the collapsing towers that “concretizes the unknowable.”

Many items are photographed (and displayed at the museum) in the states in which they were found. “In the context of artifacts salvaged from ground zero, the dust encrusted on them is comparable to a passport stamp, attesting to their journey through 9/11’s torment,” Jan Seidler Ramirez, senior vice president for collections and the chief curator, writes. “As collection curators, conservators and exhibit planners, our obligation is to safeguard, not sanitize, that evidence of woe.”

No Day Shall Erase You offers an authoritative narrative of 9/11, as it is presented in the National September 11 Memorial & Museum, and as told by Alice M. Greenwald, the museum’s director, and other key staff who planned and built the museum. Focusing on the historic impact of the event, No Day Shall Erase You recognizes the central importance 9/11 has in America’s national memory, as well as putting the day into context fifteen years later. You can take a virtual tour of 9/11 Memorial Museum here: 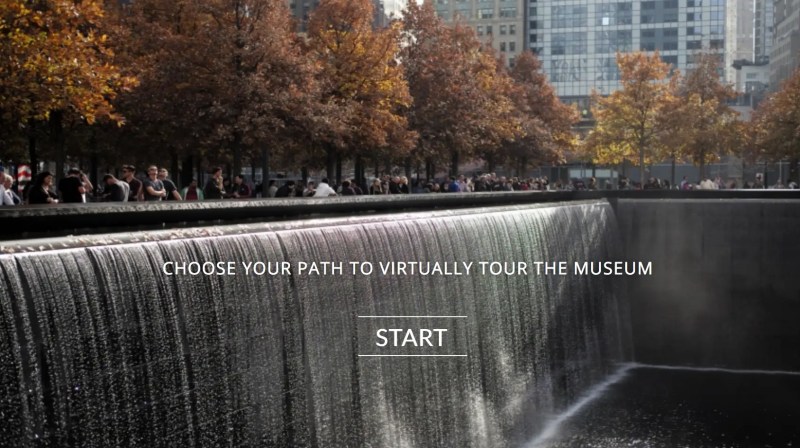 Yellow School Bus Convoy Heads To Ted Cruz With A Message. 4,386 of Them to be Exact

Celebrities Flash Us in this CGI rendered Print Ad Campaign for IDEAS Books.