Tupac Shakur and The Notorious B.I.G (aka Biggie or Biggie Smalls) have been immortalized by GoodWood NYC and DOK NATION as a line of necklaces with pendants in the likenesses of the two legendary Hip Hop artists.

It’s been almost 20 years since Tupac and Biggie’s murders in 1996 and 1997 respectively. Both are considered to be two of most legendary hip hop artists of all time. Gone too soon, Han Seunghyeon creative director of Dok Nation joined forces with GoodWood NYC to release a collaborative collection of six beaded wood necklaces with pendants featuring Dok Nation’s wonderful illustrated likenesses of the rappers. The back of each pendant features the logos of both Dok Nation and GoodWood NYC. There are three of each. 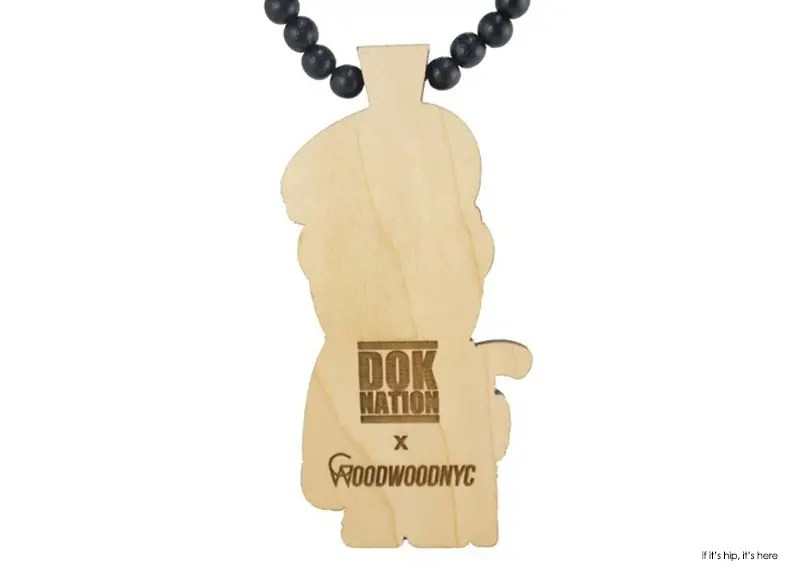 The 30″ long necklaces are made with 8mm wooden basswood beads. Dangling from them are the wooden color stained pendants that measure 4.5″ tall and 1.75″ wide. The pendants are really great likenesses, down to Tupac’s Thug Life tattoo and Biggie’s cane (he shattered his left leg in a car accident while recording his second and last album). Even if you don’t want to wear them, the pendants are large enough to use as ornaments or even to frame. Priced at $40 each, the six necklaces can be bought here.