you are here: if it's hip, it's here » advertising » Tropicana Wakes Up London With One Helluva Prop To Promote New Ad Campaign- An Artificial Sun. 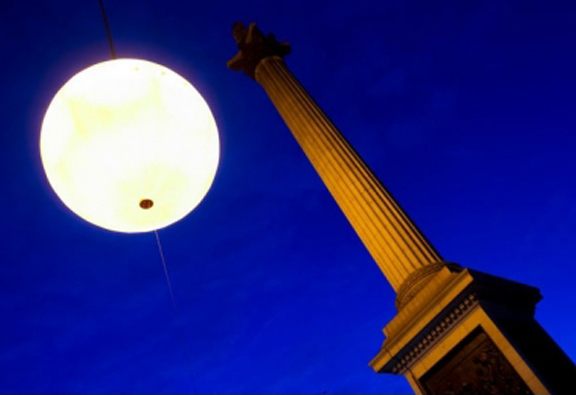 above photo by Jonathan Short, courtesy of the Telegraph 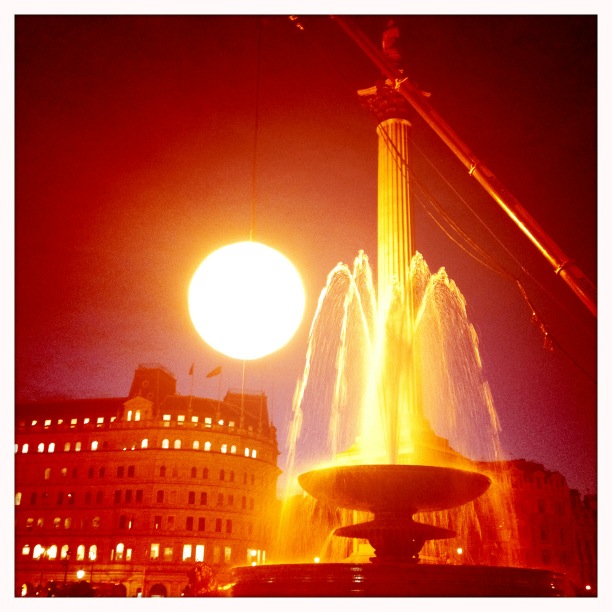 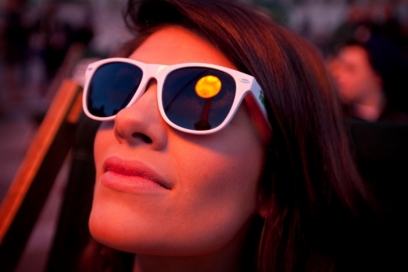 This ʻbrilliantʼ artwork was commissioned by Tropicana (PepsiCo) to support their current advertising campaign. Art collective Greyworld created the spectacular sun which was raised over Trafalgar Square early this morning as part of Tropicana’s “Brighter Mornings” campaign.

Tropicana spokesperson, Pete Charles, said: “Sunlight is something many of us crave mid-winter. We hope that this stunning art installation will both amaze and enthuse those who see it, whilst brightening their mornings on a miserable January day. We hope people will be able to come down, relax in our deckchairs and enjoy a glass of Tropicana whilst watching the spectacular sunrise.ʼ

Time lapse video of the event:

The Trafalgar Sun which took six months to create is 30,000 times bigger than a football, has a surface area of 200m2 and weighs over 2,500kgs. Its internal light source produces 4-million lumens of light, the equivalent of 60,000 light bulbs, making the artwork visible from space. 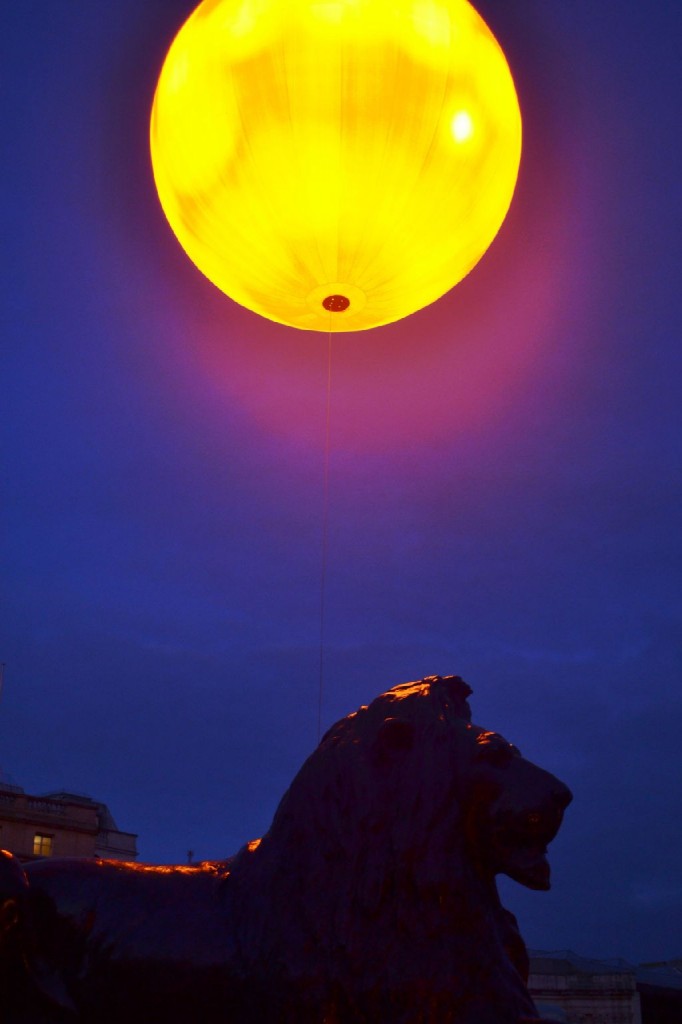 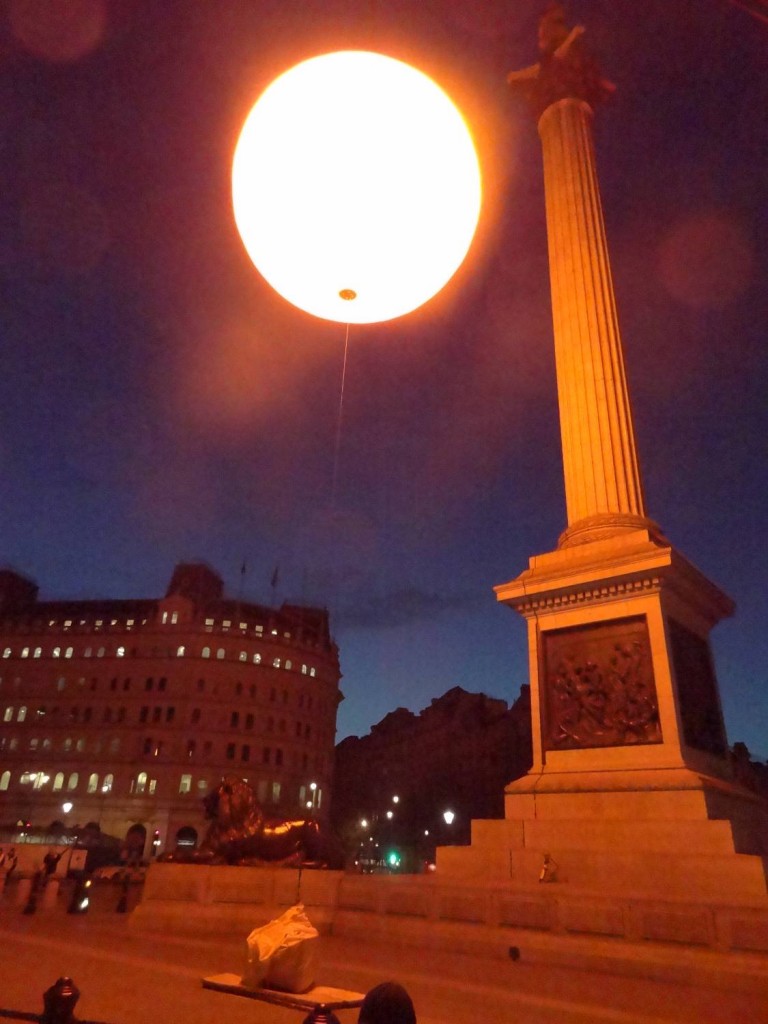 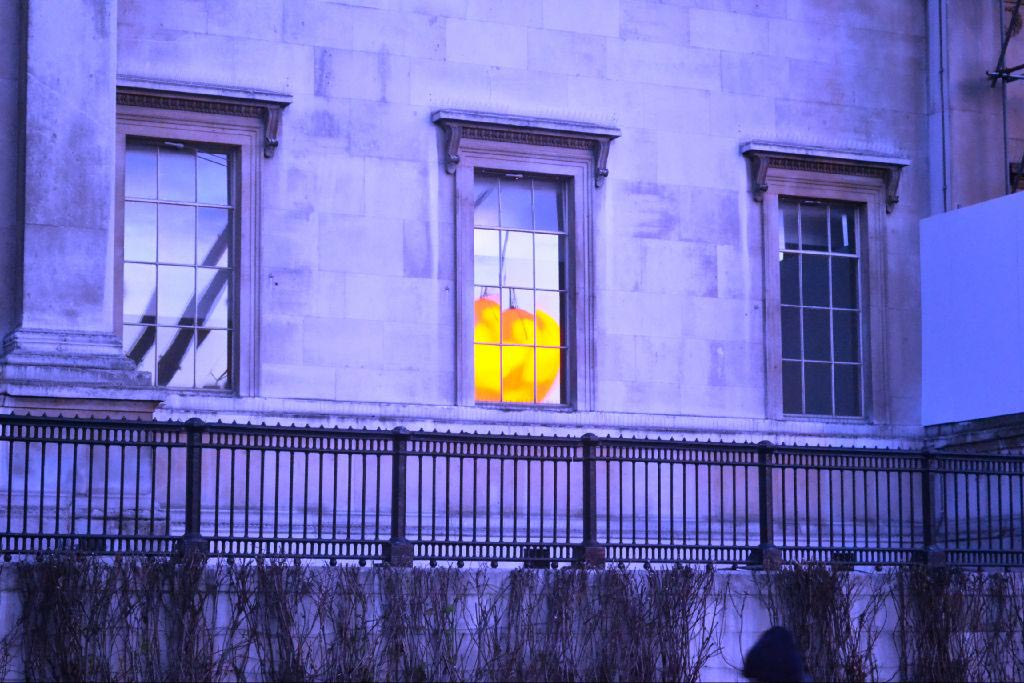 Andrew Shoben, founder of Greyworld said: “There are very few moments more spectacular and up- lifting than watching an early morning sunrise. We have tried to capture the evocative nature of this natural phenomenon with the Trafalgar Sun, which has been unveiled to help boost the mood of those who experience our latest piece of public art.”

The sun will set at 7:33pm today giving Londoners an additional 3 hours of sunlight.

Below is “Awake to Alive”, a tv ad from the new Tropicana ‘Brighter Mornings” campaign:

images and info courtesy of Tropicana and Greyworld.