you are here: if it's hip, it's here » fashion » TIA Lingerie Design Winners & Finalists Modeled By Helena Christensen

Triumph International, one of the world’s largest underwear manufacturers, kicked off last Fall’s London Fashion Week with a star studded catwalk show led by young designers, for the international final of the Triumph Inspiration Award 2010. 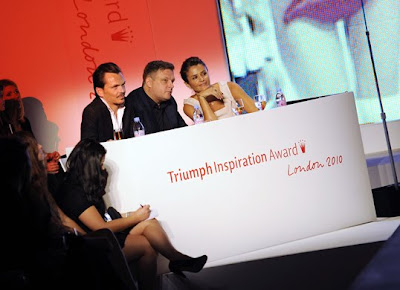 The panel declared Nikolay Bojilov from Bulgaria the winner of this year’s global final of the Triumph Inspiration Award with the design “Morphology”, shown below: 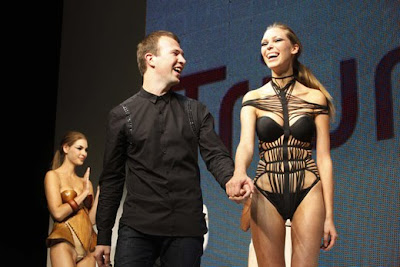 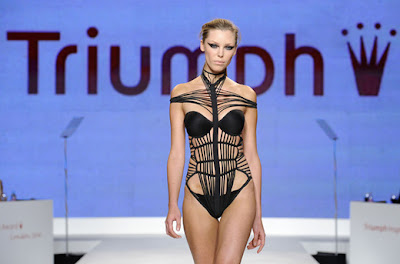 Despite strong competition from 26 other countries and much deliberation by the judging panel, Nikolay Bojilov scooped the prize of €15,000 and the phenomenal opportunity to work alongside Triumph’s design team in Hong Kong to turn their winning showpiece into a commercial garment, to be sold as a limited edition piece in Triumph’s stores and selected outlets worldwide from summer 2011.

The 2nd place was awarded to Amaya Cárcamo from Spain with “Wood Sensation” who won €10,000: 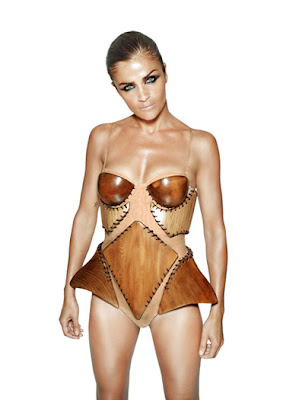 The 3rd place winner Ludovico Loffreda from Italy with “Memory of Shape” who won € 5,000: 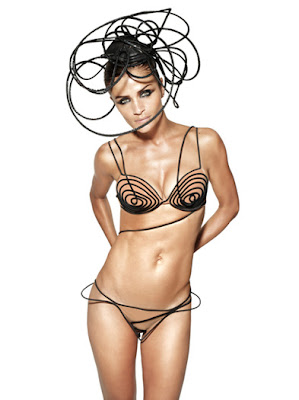 This was the third year that Triumph International, one of the world’s leading lingerie and shapewear brands, invited young students from world-renowned fashion schools to prove their creativity in an international design contest of the highest calibre.

By interpreting the design theme “Shape Sensation”, upcoming talent took centre stage with their multinational view of shapes and silhouettes. This year, for the first time, a one-piece design was allowed to be entered instead of only a two-piece bra and briefs, but the big goal remained the same: win over the jury with the inspiration and creativity of a unique showpiece.

Here are the other finalists, modeled by Helena Christensen, each of which took first place in their individual country competitions. 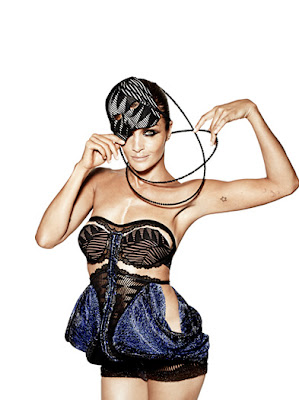 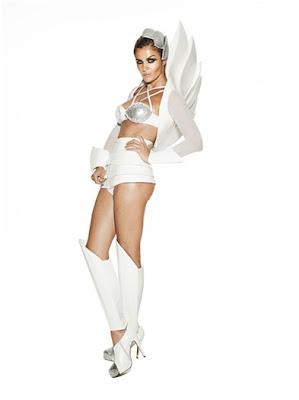 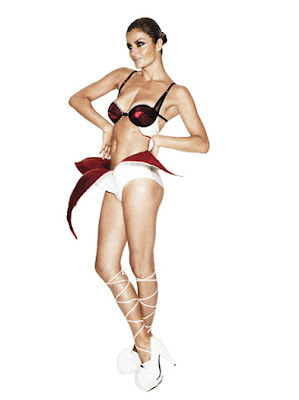 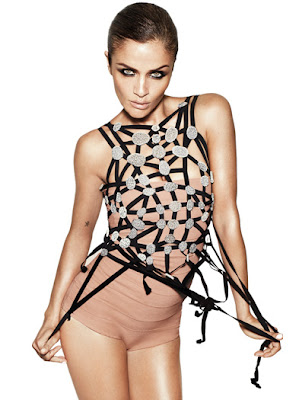 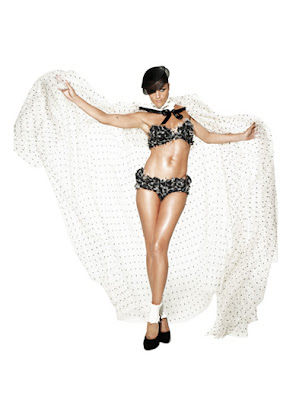 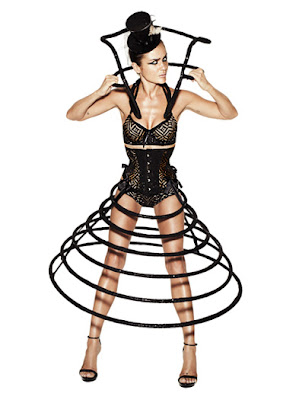 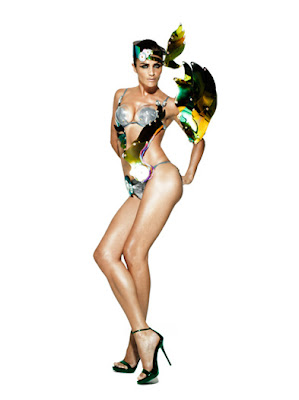 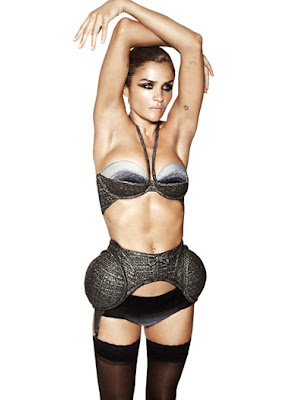 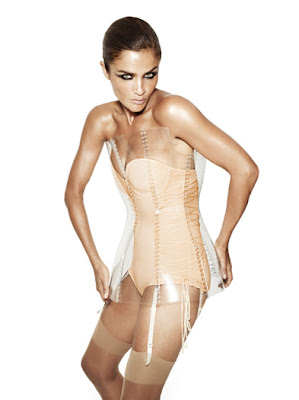 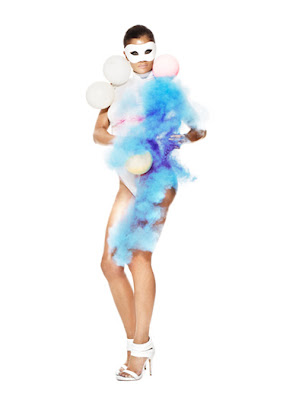 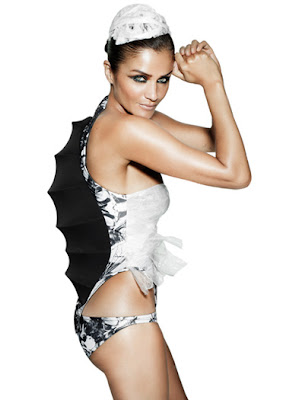 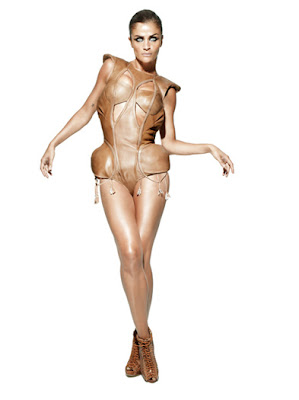 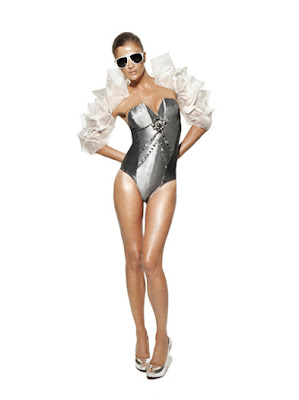 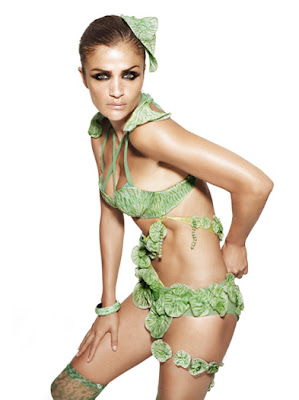 below left: Suzanne Ferncombe – IF I WERE A BOY? -Limerick School of Art & Design, Ireland
below right: Karine Feldman – QUEEN ELIZABETH THE 1ST -‘Shenkar’ College of engineering and design, Israel 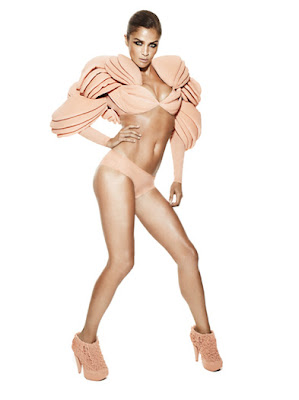 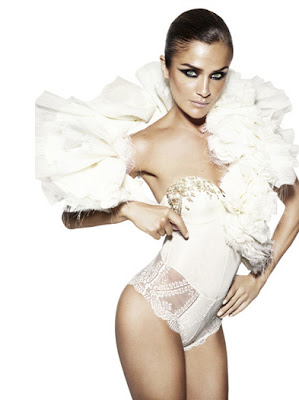 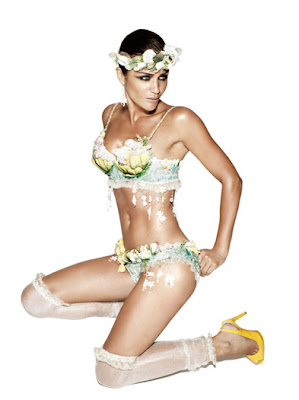 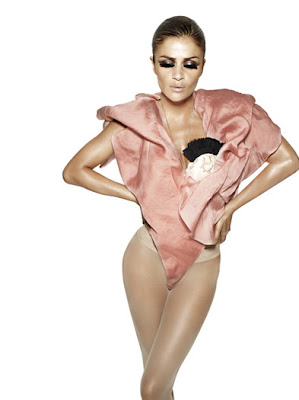 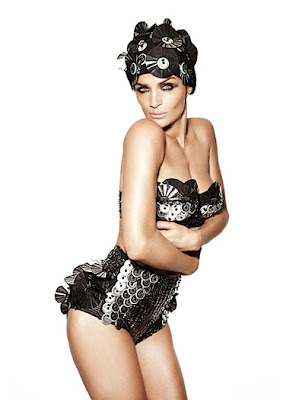 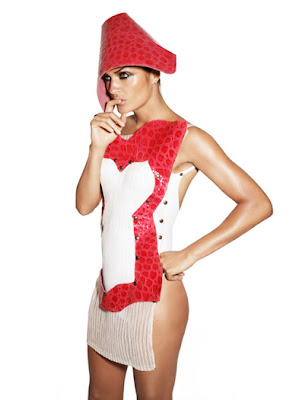 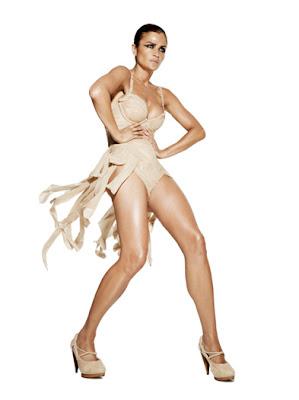 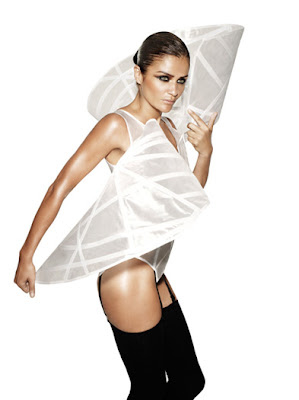 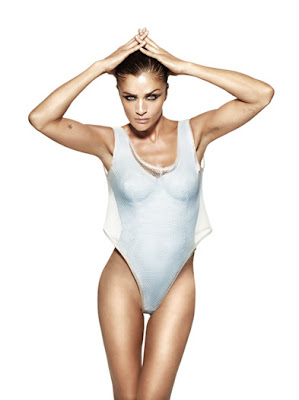 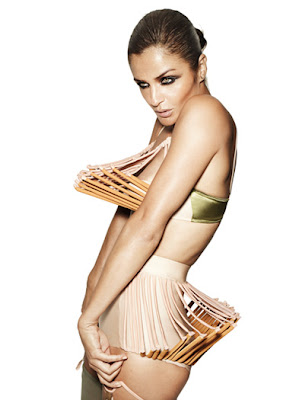 Overall global TIA winner Bojilov not only won the prize of Euros 15,000 (with the 2nd and 3rd places winning Euros 10,000 and Euros 5,000 respectively) but also the opportunity to work alongside Triumph’s design team in Hong Kong to turn their winning showpiece into a commercial garment to be sold as a limited edition piece in Triumph’s stores and selected outlets worldwide from September 2011.

Triumph International is one of the world’s largest underwear manufacturers. The company enjoys a presence in over 120 countries with its core brands Triumph®, sloggi®, Valisère® and HOM®. Triumph employs more than 37,500 people; in 2008, the company achieved a turnover of CHF 2.37 billion.