you are here: if it's hip, it's here » lingerie

LOVE magazine, in collaboration with Philipp Plein,  has treated us to what is the most flirty and racy Advent Calendar of the year. The online calendar releases a new titillating short film each day by various directors. END_OF_DOCUMENT_TOKEN_TO_BE_REPLACED

UrbanUndercover makes cute, comfortable, convertible underwear that roll into a patented pocket for women on the go. The brainchild of inventor and entrepreneur Sairey Gernes, it’s the only underwear with a pocket that allows you to carry a spare pair wherever you go. END_OF_DOCUMENT_TOKEN_TO_BE_REPLACED

After dominating the Salon de La Lingerie runway in Paris and making headlines in the UK’s largest daily publication “The Sun”, Shibue® Couture unveiled that it’s the only trusted Strapless Panty worn on the runway during Fashion Week and keeps designer collection debuts “panty-line free.” Next, Shibue® Couture will grace the runways in New York during Mercedes-Benz Fashion Week. END_OF_DOCUMENT_TOKEN_TO_BE_REPLACED

Photographer Greg Kadel has been shooting Israeli model Bar Refaeli for Passionata Lingerie in a sexy pin-up style for several years now. The latest video and images for their Spring Summer 2013 collection and ad campaign are called “Home Sweet Girl” and most likely fulfill many a man’s dream of having a “housewife” who bakes and gardens while clad in sexy lingerie (Where’s the one of her ironing?). END_OF_DOCUMENT_TOKEN_TO_BE_REPLACED 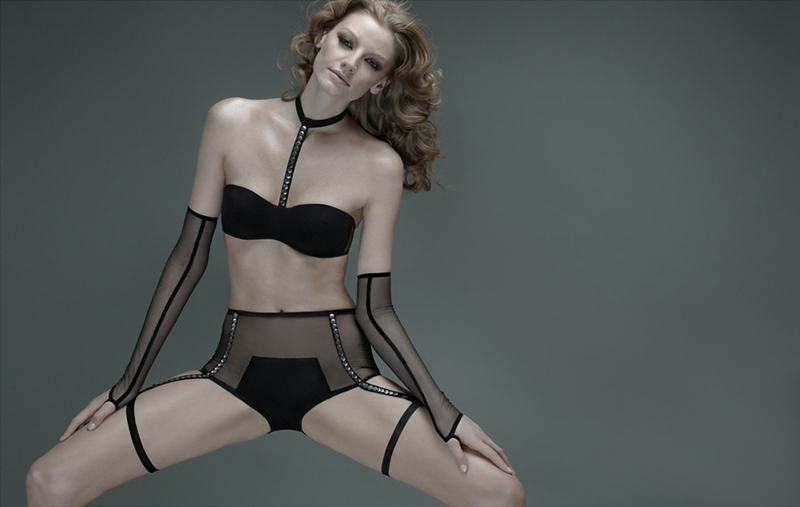 Is breaking bad news to your significant other easier when you’re sporting sexy lingerie? END_OF_DOCUMENT_TOKEN_TO_BE_REPLACED

Triumph International, one of the world’s largest underwear manufacturers, kicked off last Fall’s London Fashion Week with a star studded catwalk show led by young designers, for the international final of the Triumph Inspiration Award 2010. END_OF_DOCUMENT_TOKEN_TO_BE_REPLACED

Halloween Inspired Art and Design: In honor of Halloween, here’s a reprise of some (there are many more) of my spookiest posts from the past few years in the areas of photography, fine art, fashion, furniture and design. END_OF_DOCUMENT_TOKEN_TO_BE_REPLACED