The Treehotel, run by Britta and Kent Lindvall, is a cooperative concept between well-known designers and architects. The result is a unique collection of hotel rooms (6 completed and open for booking as of this month) perched up in the pine trees of Northern Sweden. The concept “live in a treehut” is given a new dimension, created in harmony with nature and ecological values and is built on the philosophy to find another way to experience the value of a forest rather than cut the trees for industrial use.

There are 6 completely unique themed Tree Houses at the Treehotel in Northern Sweden so far, each created by 5 different architecture firms. The goal is to continue to build a total of 24 over a five year period, all of which will be created by national and international architects. 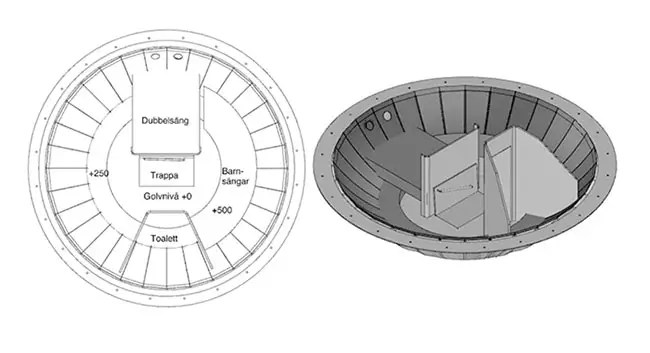 A Room With A View by Marge Arkitekter The Bird’s Nest by Inredningsgruppen The Blue Cone by Sandell Sandberg Other tree hut themes presented:
The Triangle by SandellSandberg: The Cloud by Marge Arkitekter: 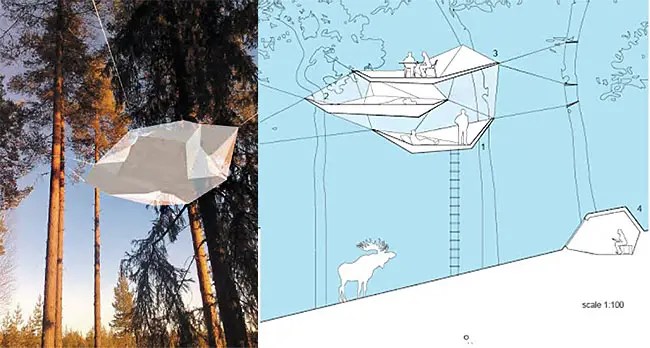 In addition to the Treehotel there will be a sauna and a conference /breakfast room which will seat 12 guests comfortably, making it the first Tree Hotel in the world with a sauna. There will also be a room with disabled access and facilities.

Information and amenities:
The Tree Hotel will be open all year round. Each Tree Hotel hut will have an electric floor heating system which will be delivered from an eco-friendly source of electricity.

The rooms vary from 15 – 30 square meters and range between 4-6 meters from the ground. The rooms can be accessed by either a ramp or sturdy stairs. Two of the rooms will have electric retractable stairs.

The Inspiration
The idea was inspired by the documentary film “Trädälskaren”(Treelover) by Jonas Selberg Augustsen. A story about three men from the urban environment who seek their roots and build a tree house together. It is also a philosophical film about what the ”tree” means for human beings in history and culture. The documentary was filmed in Harads and shown on Swedish TV and cinemas.

Over the past year, guests were able to rent the Tree House that was built for the documentary and that is where the inspiration fr the Treehotel came from.

Treehotel is a part of Brittas Pensionat which the Lindvall’s started 5 years ago.The pensionat has 12 double rooms, restaurant / bar and a sauna with an area to relax in. Brittas Pensionat will now be incorporated into the new Treehotel Company. Brittas pensionat is a listed building of The Swedish National Heritage Board who preserves environment and design from the 1930s -1950s. 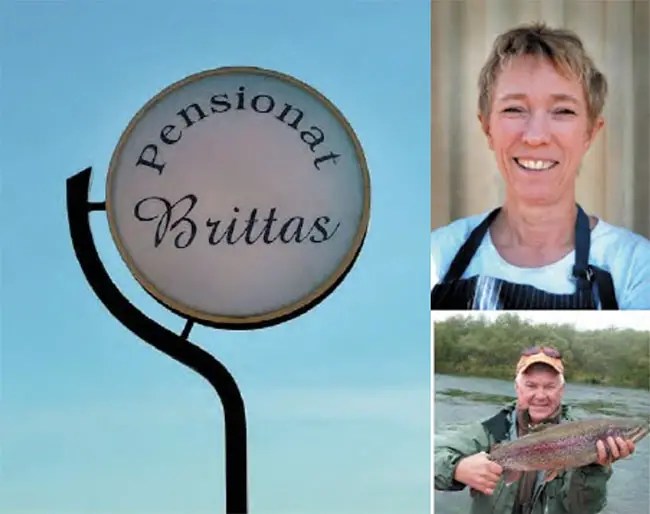 above: the Tree hotel is part of the Pensionat Brittas, run by proprietors Britta and Kent Lindvall

images courtesy of each architectural firm, Brittas Pensionat, and the Tree hotel.