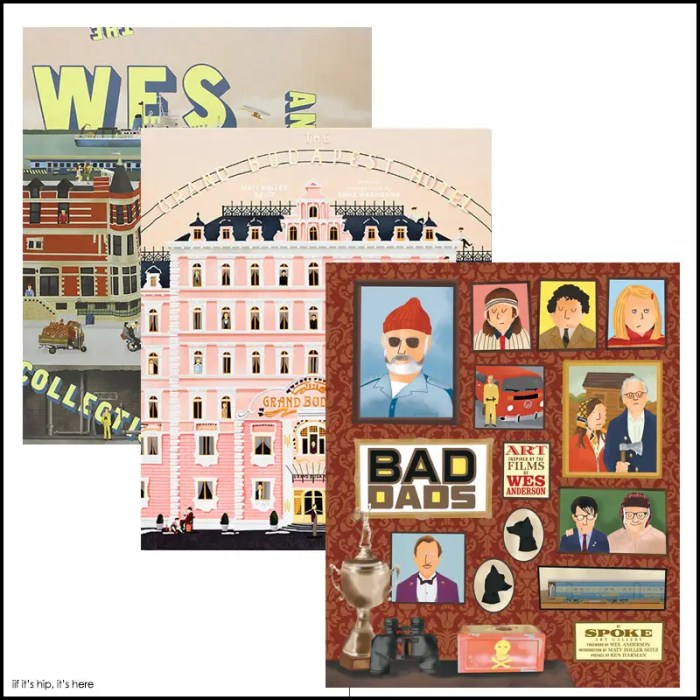 I’m an enormous fan of the work of Wes Anderson and was thrilled to learn that the third Wes Anderson Collection book in a series of NY Times bestselling books about his films has just been published. Bad Dads: Art Inspired by the Films of Wes Anderson showcases the best artwork from what has become Spoke Art Gallery‘s annual exhibition of art inspired by the films of the director. 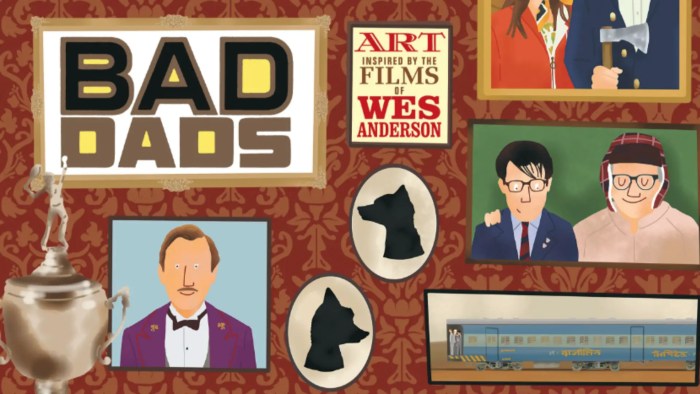 Wes Anderson Collection: Bad Dads: Art Inspired by the Films of Wes Anderson, the third in the collection, will hit the bookshelves on August 9, 2016. Curated by Spoke Art Gallery in San Francisco, “Bad Dads” has continued to grow and progress as a dynamic group exhibition since its inaugural show in 2011, and has featured work from more than 400 artists from around the world. 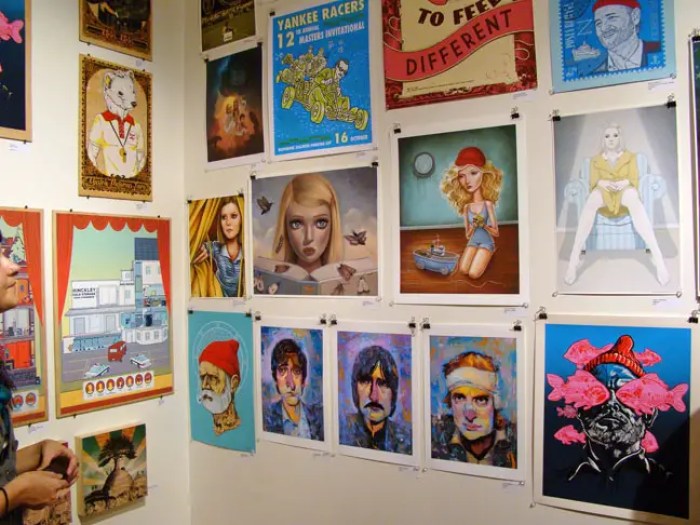 Those artworks range from paintings to sculptures to limited-edition screen prints and vary greatly in style, making for a diverse and lively show each year. Check out several of the terrific pieces from their past art shows here. 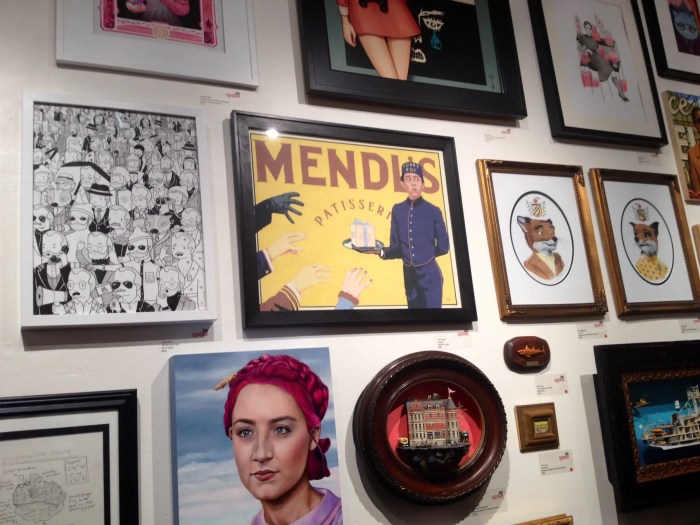 Though each piece is distinct in its own right, the artworks’ unifying element is the shared imagery and beloved characters from the following movies:

The book features an original cover by talented graphic artist Max Dalton, a foreword by writer and director Wes Anderson himself, and an introduction by TV and movie critic Matt Zoller Seitz, author of the bestselling Wes Anderson Collection books. 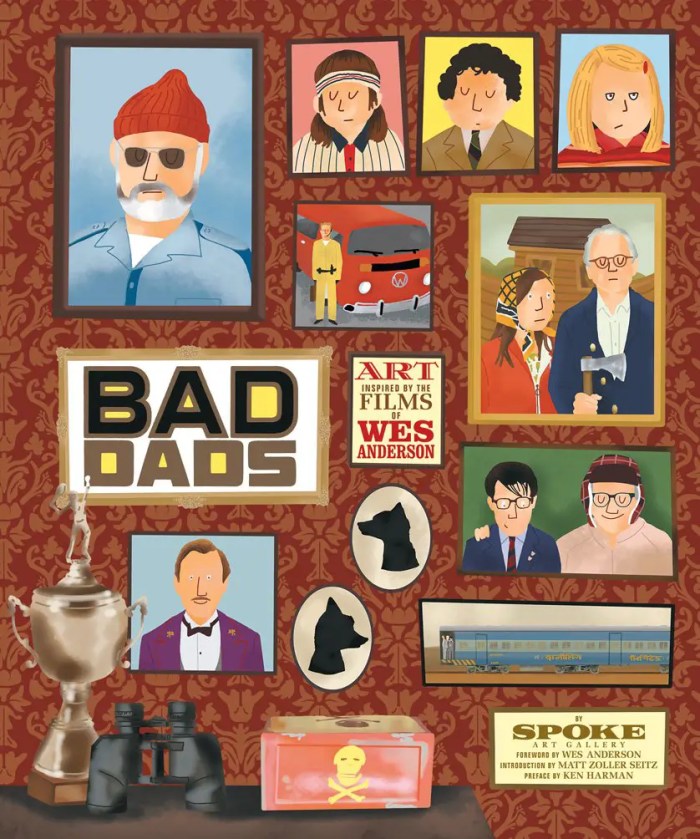 If you never saw the other two books in the series, you’ve missed out. The first, The Wes Anderson Collection Hardcover, was published in October, 2013 and has become a bestselling overview of Wes Anderson’s first 7 films. Written by Matt Zoller Seitz, the filmography features previously unpublished behind-the-scenes photos, artwork, and ephemera, with an introduction by Michael Chabon. 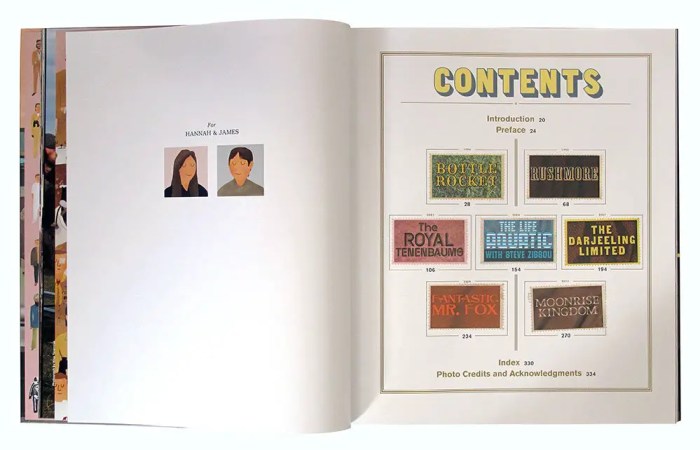 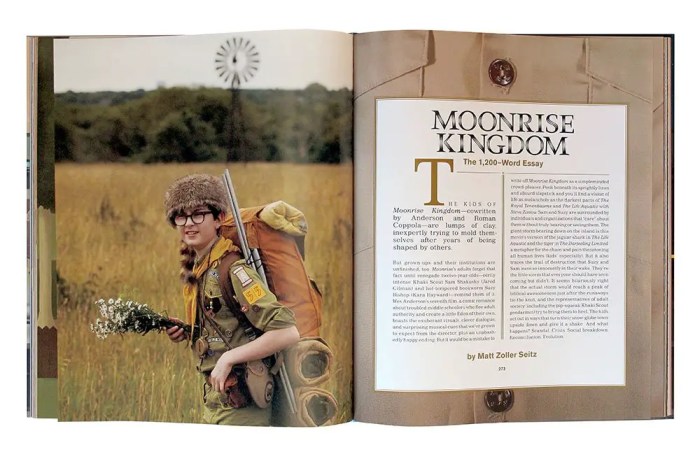 The result is a meticulously designed book that captures and reflects the spirit of Wes Anderson’s movies: melancholy, playful, wise, and wonderfully unique. Buy The Wes Anderson Collection here The second book, The Wes Anderson Collection: The Grand Budapest Hotel Hardcover was released in February, 2015 and stays true to Seitz’s previous book on Anderson’s first seven feature films, The Wes Anderson Collection, with an artful, meticulous design and playful, original illustrations that capture the spirit of Anderson’s inimitable aesthetic. Together, they offer a complete overview of Anderson’s filmography to date. The Only Time Rust Looks Good On A Car. The Art Of Bo Lundvang.

Encased: Suitcases That Appear Stuffed With Human Bodies & How They Were Made.