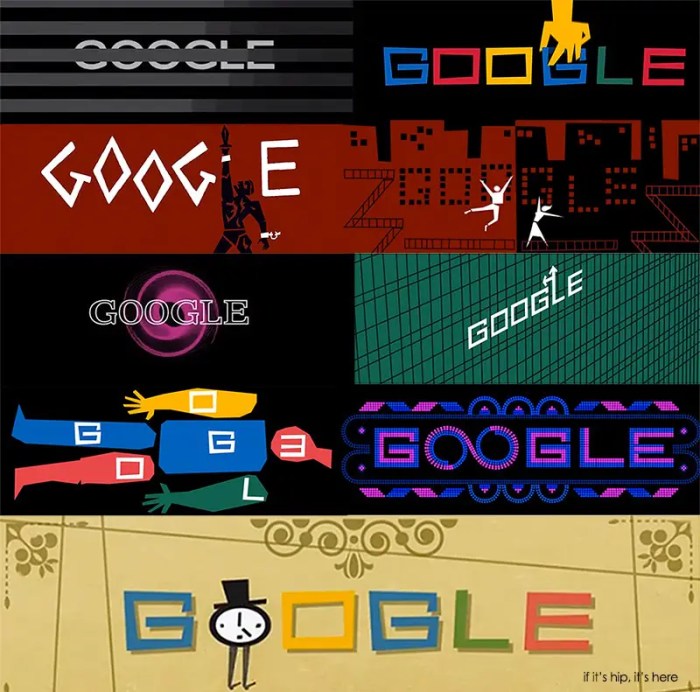 I have long been a fan of late graphic designer Saul Bass and was thrilled to see today’s Google Doodle tribute to him on what would be his 93rd birthday.

Google took many of his most famous opening title sequences and closing credits for movies directed by Alfred Hitchcock, Otto Preminger, Billy Wilder and Stanley Kubrick amongst others and created their own versions of them.

I wanted to share the Google Doodle with you (for those who have yet to see it) and then follow it up with videos of all the actual title sequences so you can see the inspiration. Enjoy.

Google a la Man With the Golden Arm:

Saul Bass title sequence – The Man With The Golden Arm (1955)

Google a la West Side Story:

Google a la North by Northwest:

Google a la Anatomy Of A Murder:

Google a la Around the World in Eighty Days:

Art of the Title has a wonderful collection of many of his title sequences and closing credits.

And be sure to see my previous post on how Saul Bass inspires others here.

The Best of Fat and Furious Burger: 30 Imaginative Hamburgers.