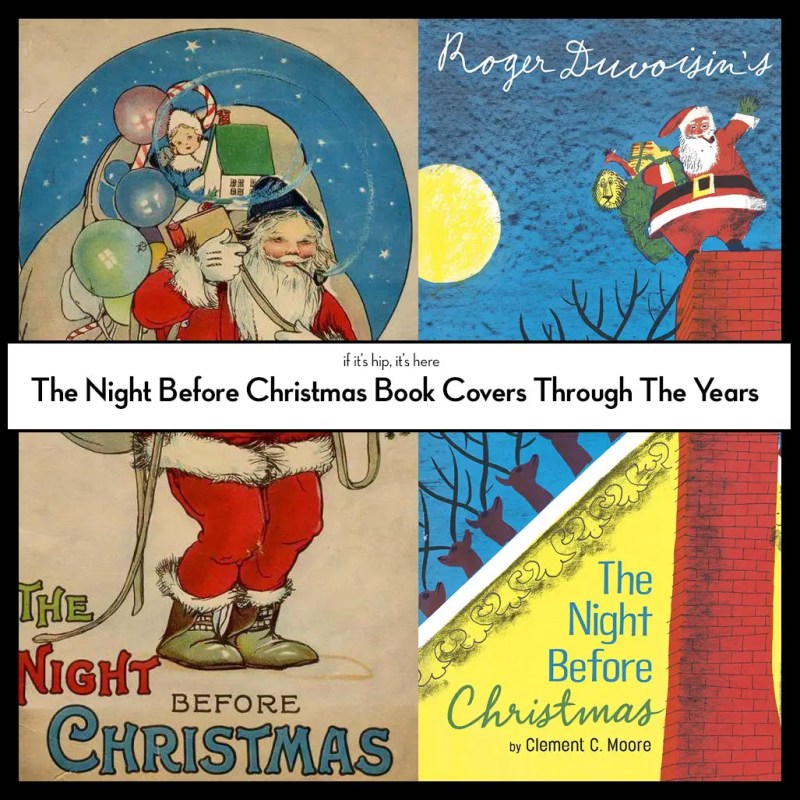 The Night Before Christmas Book Covers

First published anonymously in a Troy, New York newspaper in 1823, “A Visit From St. Nicholas” became an instant hit. In the 1830s, it was revealed to have been written by Clement Clarke Moore and since then the poem has been published in every conceivable size, shape and medium.

The poem “he is said to have composed in 1822, at his father’s imposing tree-shaded country house in old Chelsea Village, at the corner of what is now 23rd Street and Ninth Avenue,” explained a New York Times piece from 1926. He wrote it, “simply as a Christmas present for his two daughters, making St. Nicholas the hero at the suggestion of a ‘portly, rubicund Dutchman living in the neighborhood.”- source

Here’s a compilation of covers which include those by the likes of such well-known children’s illustrators as Jesse Wilcox Smith and Holly Hobbie. And a Very Merry Christmas To All!

A Photographer Who Is Full Of Hot Air: Paul Graves Balloon Sculptures

New Botany in Two and Three Dimensions by Bozena Rydlewska.