It’s over. The funeral and the memorial service for the King Of The Pop have occurred and the Jackson family is now having their own private luncheon at the Beverly Wilshire Hotel in Beverly Hills.

It was beautiful, moving, well coordinated and produced. Wonderful performances and eloquent speeches echoed the sentiments of most of the world. Somber but still warm and loving, it was a respectable and fitting tribute. 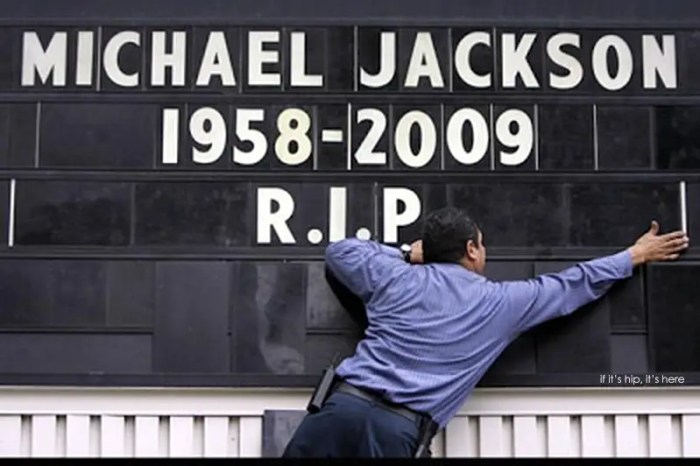 You’ll be able to see broadcasts and videos of Mariah, Trey, Usher, Smokey, Stevie, Lionel, John Mayer and the other performers and speakers, along with his daughter’s heartbreaking comments, played over and over again online, on youtube, on tv, etc.

But let’s face it, what you really want to see is that gold coffin, his kids, the memorial brochure and other little incidentals. And I’ve got those here for you, thanks to the AP and Getty images.

The Memorial Brochure Cover (front and back): The motorcade leaving Forest Lawn cemetery on their way to the Staples Center:

A good look at that gold-plated Casket (Coffin): above and below: The Promethean velvet-lined model by the Batesville Casket Company. Supposedly, Michael Jackson ordered it for himself, after seeing that James Brown was buried in the same years ago. It’s a $25,000, solid bronze, 14-karat gold-plated, custom casket.

The pallbearers each wore a single white glove:

The Children; Paris, Prince and Blanket:

How skinny Al Sharpton is now?? Nice eulogy, by the way: Fan Art outside The Staples Center: 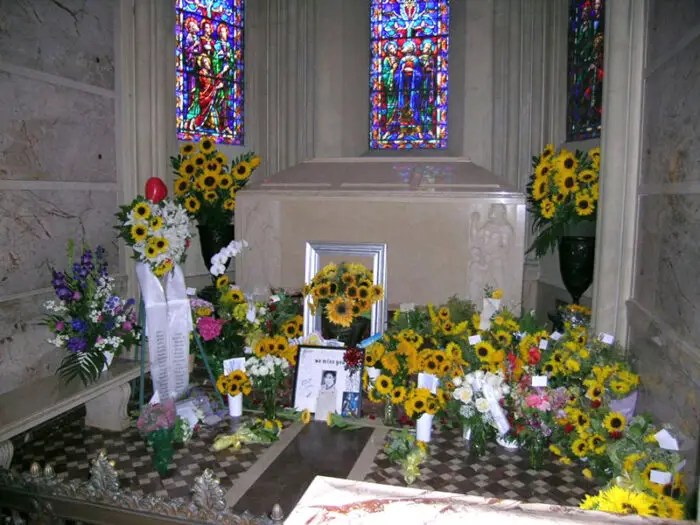 See a video of the memorial in its entirety here.

• A gallery of the best, the worst and the weirdest artwork inspired by Michael, go here. 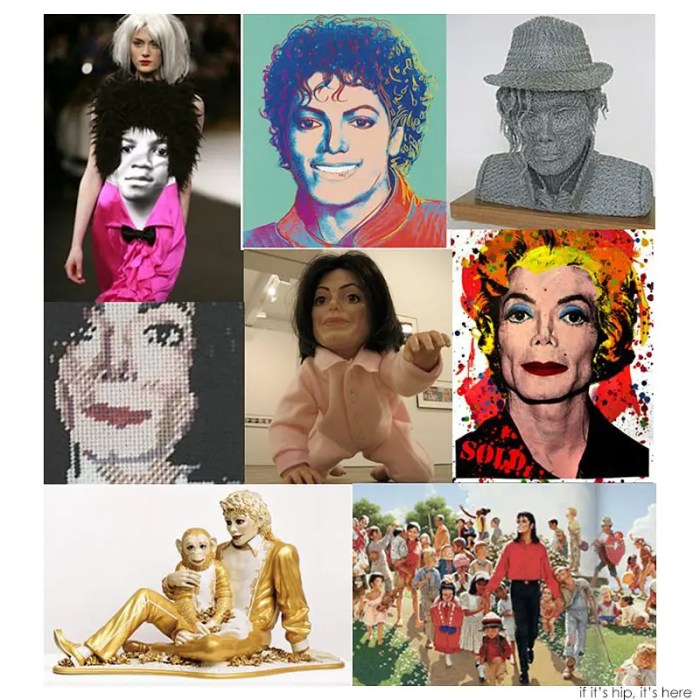 • See the auction items from his Neverland Ranch here • See what items of Michael’s, Marilyn’s and Elvis’ got the highest auction bids here.

All The Prince Album Covers In Chronological Order