you are here: if it's hip, it's here » art » body art » More Stunning Body Painting: The M.A.C. Chinese Dress Exhibit

Body painting, body art or body makeup applied in a trompe l’oeil fashion on a naked or barely clad body never seems to grow tiresome. So, after sharing some of the amazing works by Emma Hack, Veruschka, Guido Daniele, and Temptu Paints with you, here’s some beautiful body art of a different flavor.

For the opening of the M.A.C. cosmetic boutique in Shanghai a few years ago, talented make-up artists painted the bodies of models in the traditional 17th century Chinese dress referred to as Qi Pao or Cheong Sam. The event in Shanghai was called The Body Painting Cheong-sam Spectacular. Then the show appeared in February 2006 to simultaneously celebrate the Chinese new Year and kick off Olympus Fashion Week. Following that, it came to the United States to tour various Nordstroms, where it was called Chinese Dress.

Body painting is considered the haute couture of cosmetics. It combines the meticulous artistry of an oil painter with the special expertise of a makeup artist who understands how to paint human skin, said James Gager, the creative director of M.A.C.

The practice dates from ancient Egypt, when henna was the paint of choice, and has been practiced for centuries on clowns, mimes, opera singers and actors. It’s now become very popular for the technique to be used in advertisements and magazine editorials and covers. Who could forget that Demi Moore Vanity Fair cover by Joanne Gair? (shown below)

“Body painting is like a puzzle you are trying to work out on the human form,” said Patrick Eichler, a senior makeup artist at MAC who led the team creating the peony qi pao, also known as a cheon gsam, on Ms. Ge. They practiced on her last week in a dress rehearsal for a body painting exhibition scheduled for tonight, marking the opening of New York Fashion Week. She is to be repainted today and appear with 11 other elaborately painted models in the show called “MAC Chinese Dress.”

A few years later, the M.A.C. Cosmetics Chinese Dress Exhibition was shown at Nordstrom in San Francisco’s Westfield Shopping Centre. The body painting included the application of over 10,000 crystals as well. It was such a hit, the exhibition then toured various Nordstrom’s in the US.

I have images from the exhibitions in both Shanghai and the US, so you will notice that in some instances of the same design, the models vary as does the body makeup slightly. 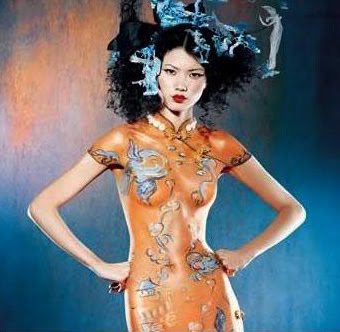 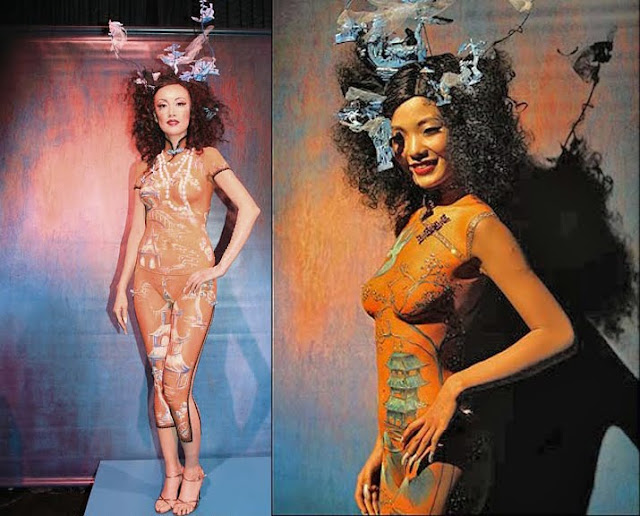 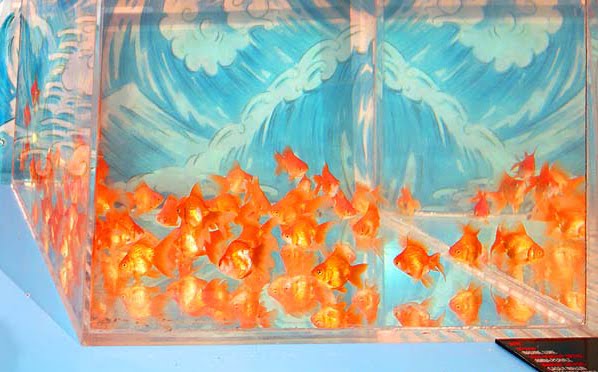 Here are some great “behind the scenes” shots of the MAC exhibit to kick off Fashion Week: 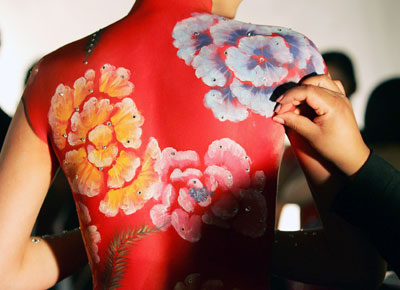 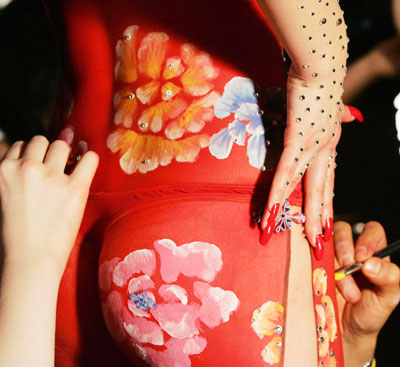 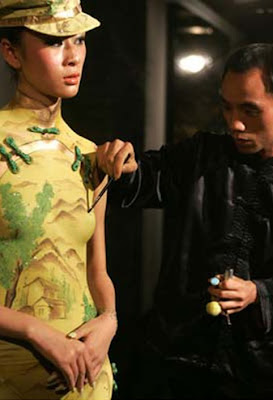 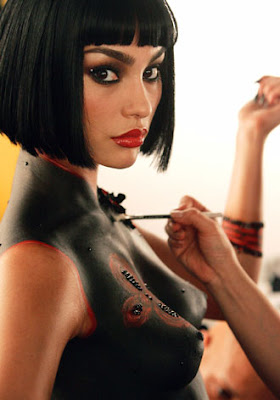 The talented Nadine Luke who served as the designer on most of the painted dresses in the exhibition: 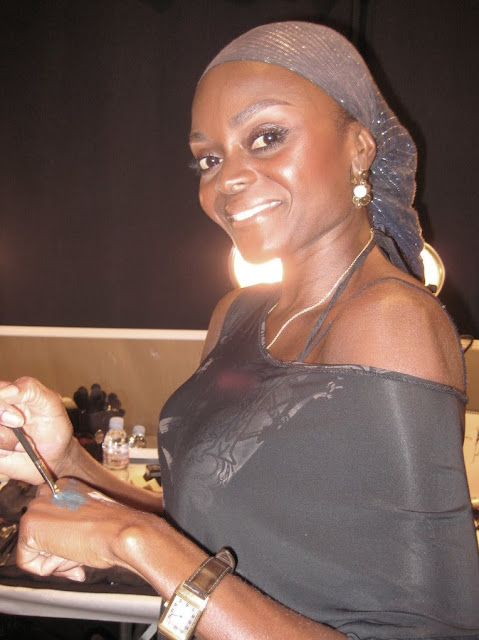 M-A-C Cosmetics is not the only one to paint traditional Chinese dress on naked bodies, other artists, such as Sam Cheong, have done the same. Here are a few examples for you: 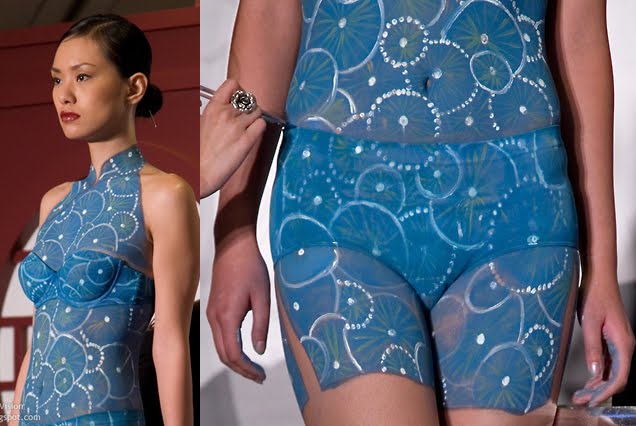 Thanks to M.A.C. Cosmetics, China Daily and Xinhaunet.com for the images