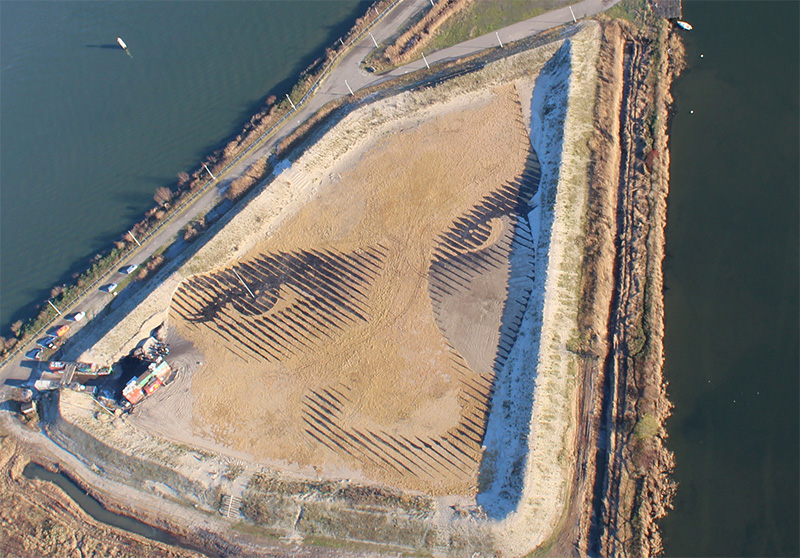 The latest project by urban land artist Jorge Rodriguez-Gerada is best seen from the air, like much of his work. Created to raise awareness for the oldest International Women’s fund, the soil portrait measures 125 by 170 meters larger than a football field and incorporated no less than 8 km rope, 7 tons of straw, 150 cubic meter of soil, 300 cubic meters of sand and 1150 wooden poles. 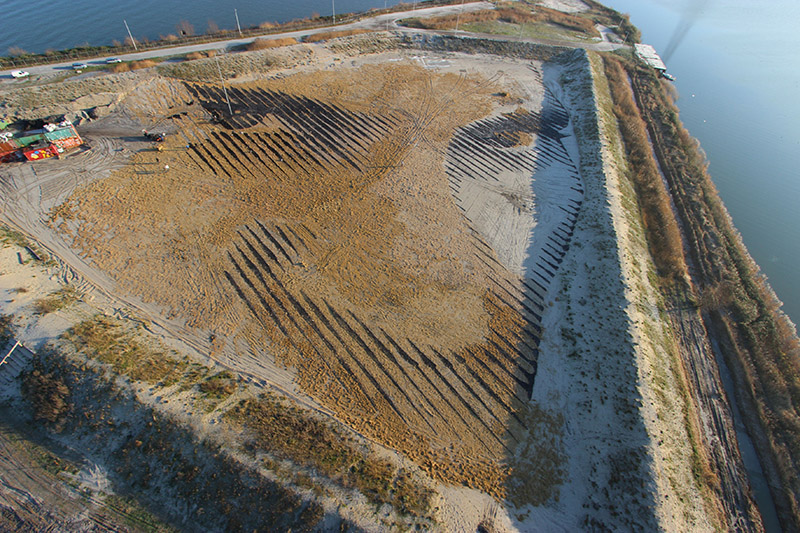 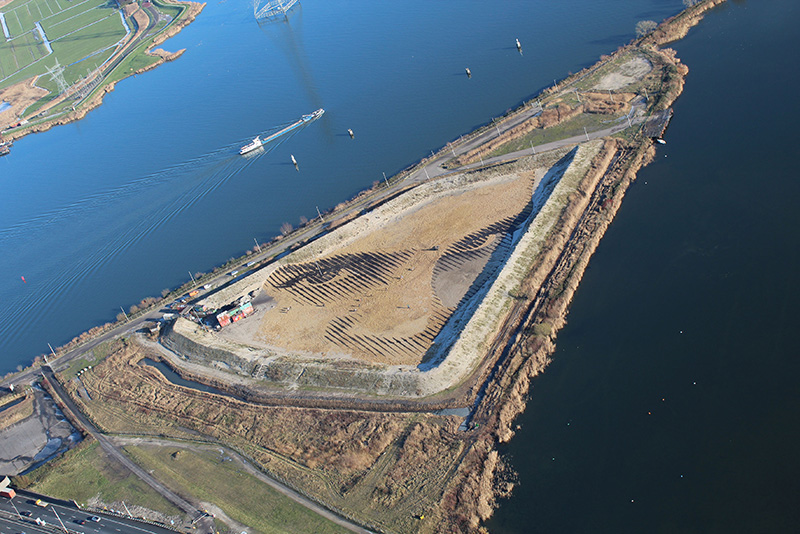 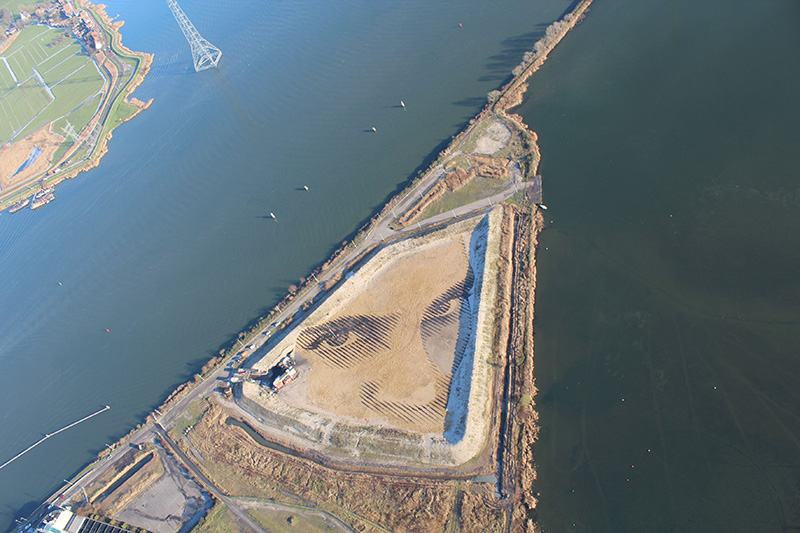 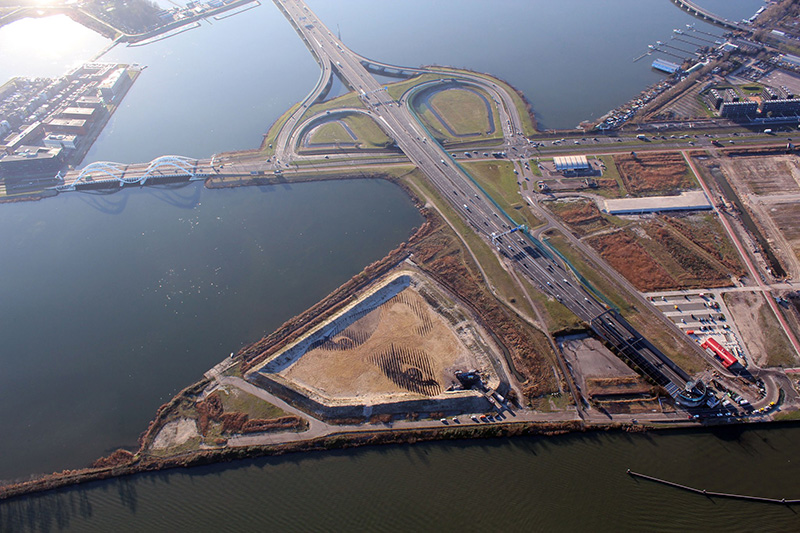 The portrait – the largest ever on Dutch soil – shows a fragment of the face of an anonymous MesoAmerican woman human rights activist. It was commissioned by feminist foundation Mama Cash and created in one week with the help of 80 volunteers by Cuban American artist Jorge Rodriguez-Gerada. Rodriguez-Gerada is known for his spectacular temporary urban art projects all over the world.

The portrait measures 125 by 170 meters larger than a football field. There were no less than 8 km rope, 7 tons of straw, 150 cubic meter of soil, 300 cubic meters of sand and 1150 wooden poles needed to make the portrait. The contours will slowly fade under the influence of wind and weather. 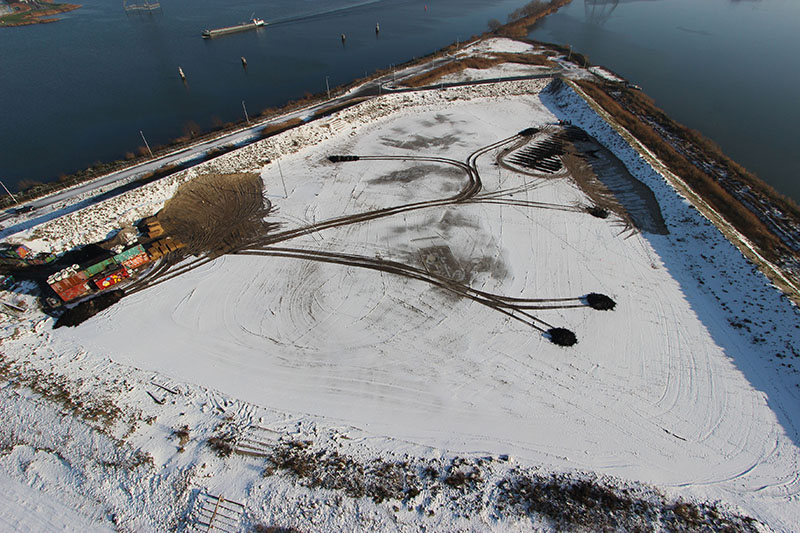 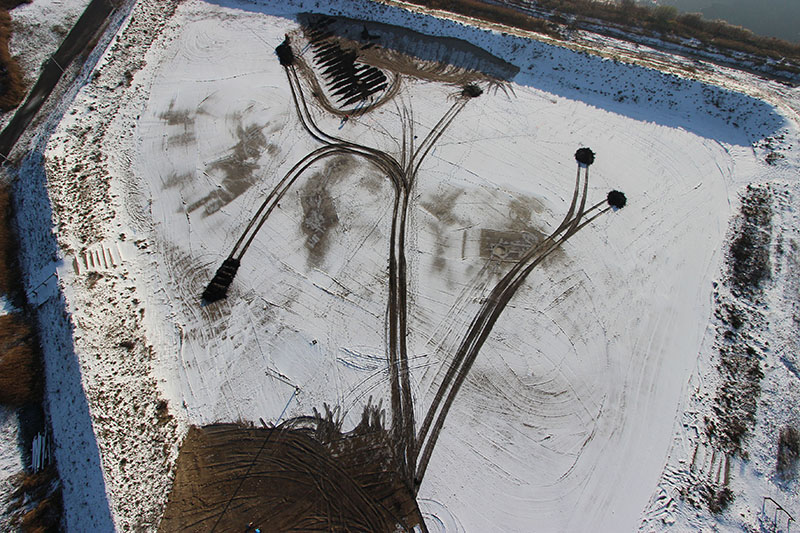 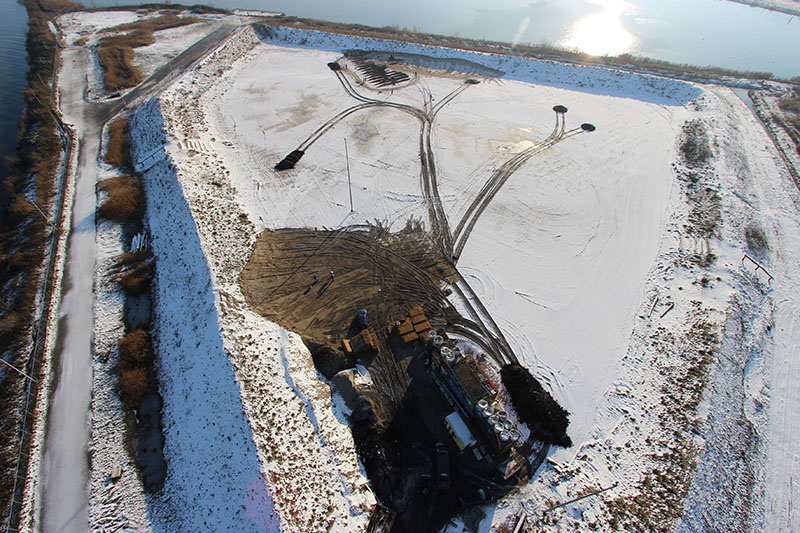 to see more photos of the process, go here.

* The phrase Vogelvrije Vrouwen in Dutch has deep literal and figurative meaning. ‘Vogelvrije’ literally means ‘free as a bird’ but also has the connotation of a person who is outside the boundaries of the legal system, someone who is not protected by the law. ‘Vrouwen’ means ‘women’, thus the campaign slogan, Vogelvrije Vrouwen, sheds light on the women whose struggles for justice and freedom are threatened by institutionalised impunity.

About the Vogelvrije Vrouwen campaign:
International women’s fund Mama Cash and the Mesoamerican Initiative for Women Human Rights Defenders are launching the Vogelvrije Vrouwen campaign – Defend women who defend human rights! to call attention to the violent situation faced by women human rights defenders in the Mesoamerican region. The project is funded by the Dutch Postcode Lottery. It is difficult to imagine living in a context where violence is ‘normal’, where criminality and corruption are rampant, and where the government does little to protect you and where people risk their lives by daring to denounce violence, criminality and the violation of human rights. But this is the daily reality in Mexico, Guatemala, El Salvador, Honduras and Nicaragua. Dozens of women’s rights activists are murdered there each year. And others are threatened and raped, their houses set on fire and their families terrorised.

During the coming year, the Vogelvrije Vrouwen campaign (www.vogelvrijevrouwen.nl) will give visibility to the imperative work being done by Mesoamerican women’s rights activists. The campaign will provide the Dutch public with petitions and other means to put pressure on the Dutch government and governments in the Mesoamerican region to make the defense of women human rights activists a priority. This campaign is made possible by a grant from the Dutch Postcode Lottery.

Vernissage Wine In A Handbag. French Wines In Chic Packaging. What A Great Idea.