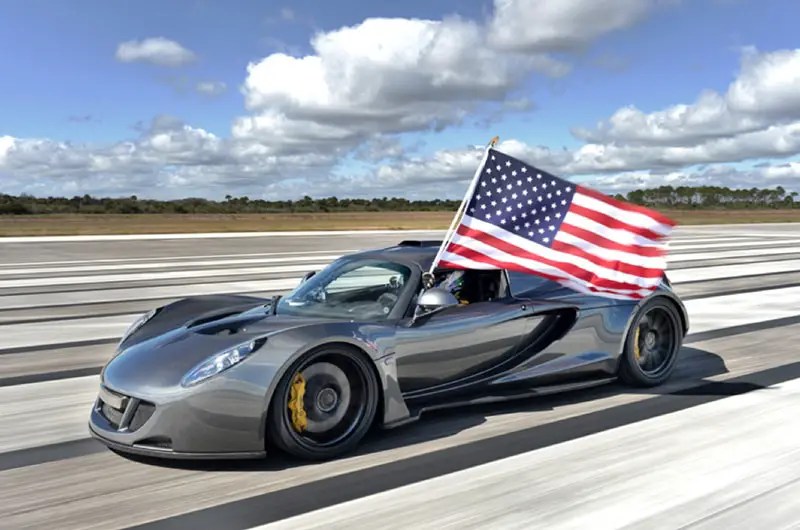 Grabbing the title away from Bugatti for the fastest production car in the world, the Hennessey Venom GT set a new world speed record for 2-seat sports cars by reaching a top speed of 270.49 mph (435.31 km/h), beating the Bugatti Veyron Super Sport’s previous record of 269.86 mph. 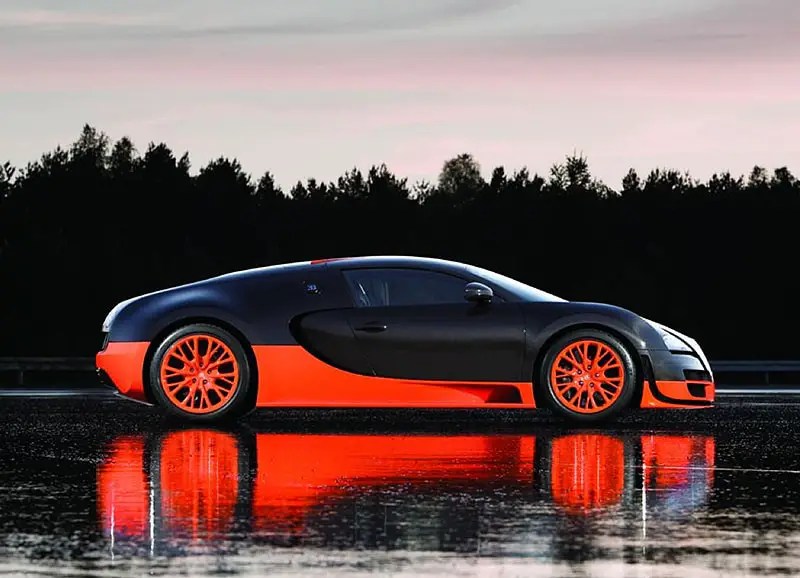 On February 14, 2014, the test was performed at the Kennedy Space Center on the 3.2-mile Space Shuttle landing runway: 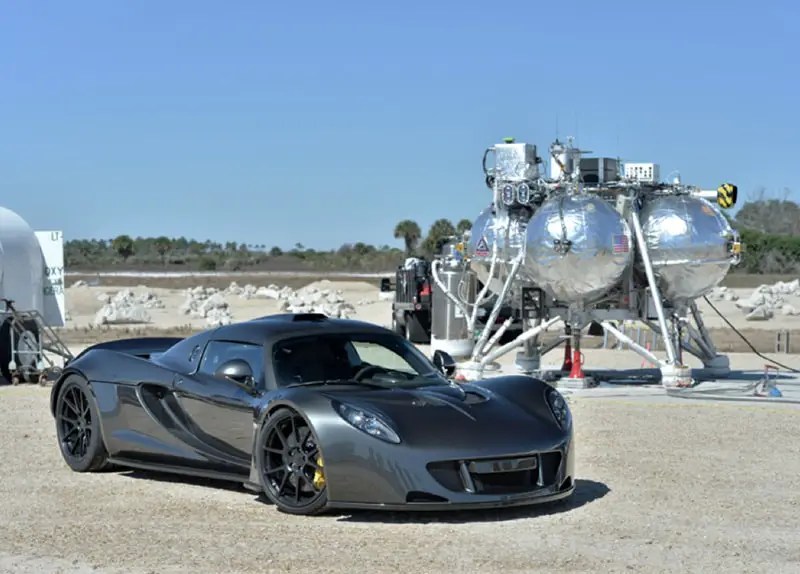 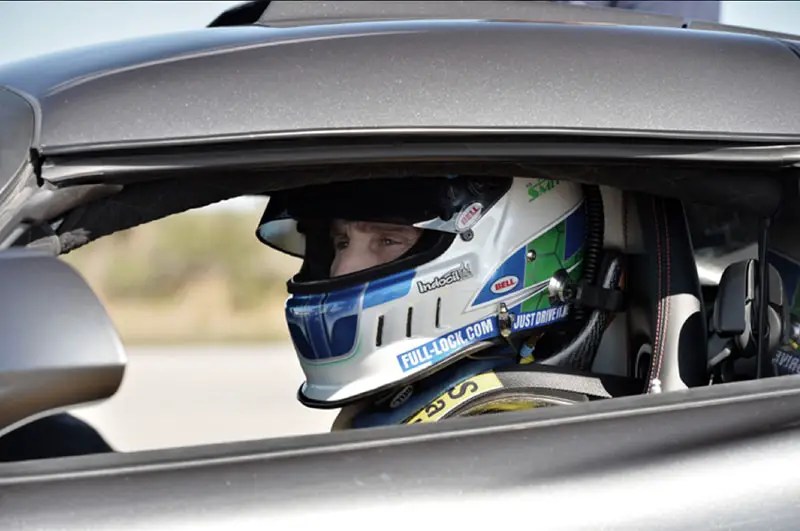 A representative from Racelogic, world-renowned maker of VBox GPS data-acquisition systems, was on hand to independently verify and document the Venom GT’s highest recorded speed. 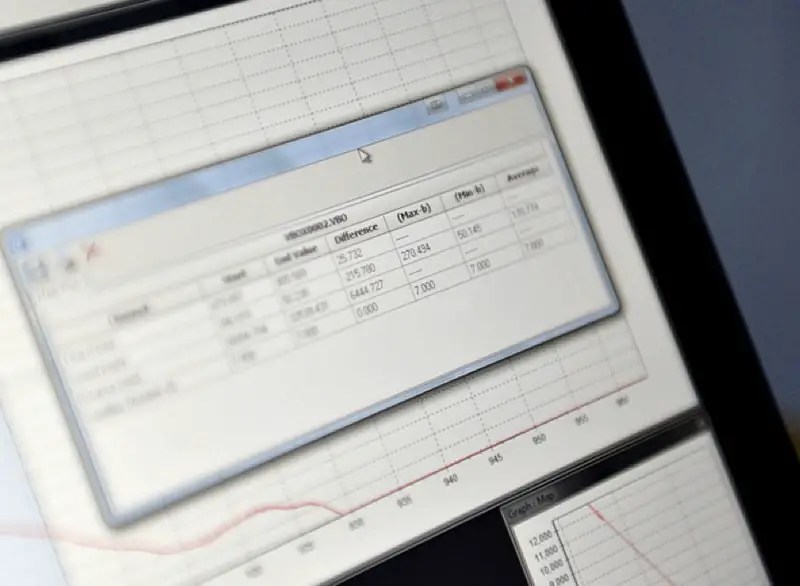 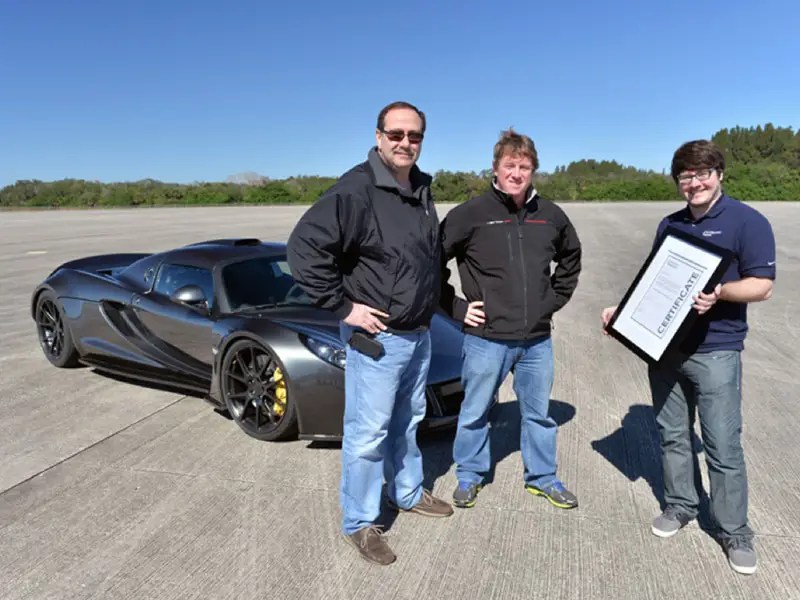 The Venom GT was powered with Pennzoil Platinum® with PurePlus™ Technology, a first of its kind synthetic motor oil made from natural gas. 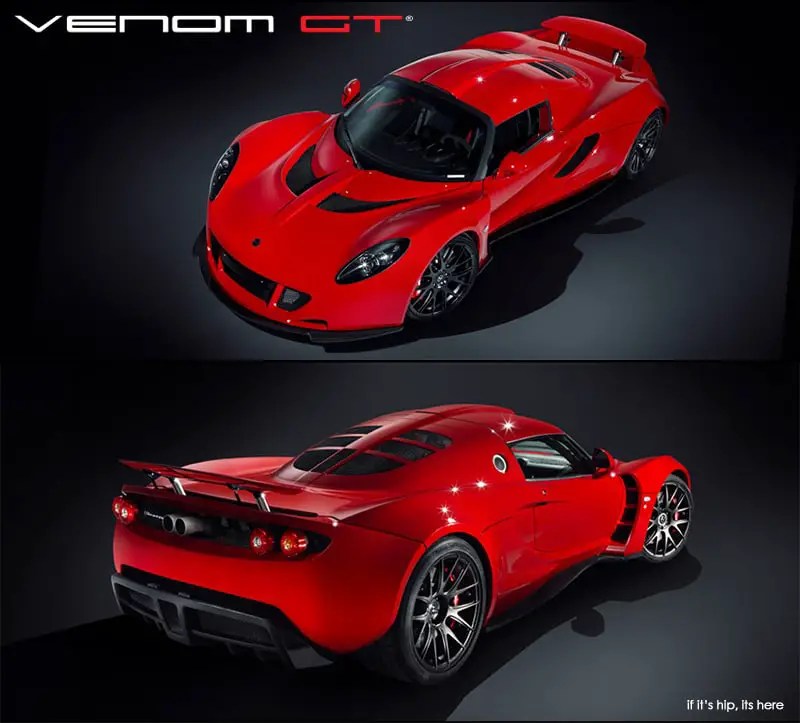 For more information about the Venom GT or to place an order, please contact John Hennessey by email at [email protected]

Jalopnik has a nice little history of the world’s fastest cars here.

More awesome things that move:
Follow our Cars, Motorcycles, Boards And Bikes That Will Really Move You board on Pinterest.

Renault Suite No. 4 is a Hotel Room on Wheels.

Bueller, Bulldogs & Beckham. A Look At 15 Of The Most Anticipated Super Bowl XLVI Commercials.