` The Kartell Bourgie Lamp Reimagined - If It's Hip, It's Here
Skip to content 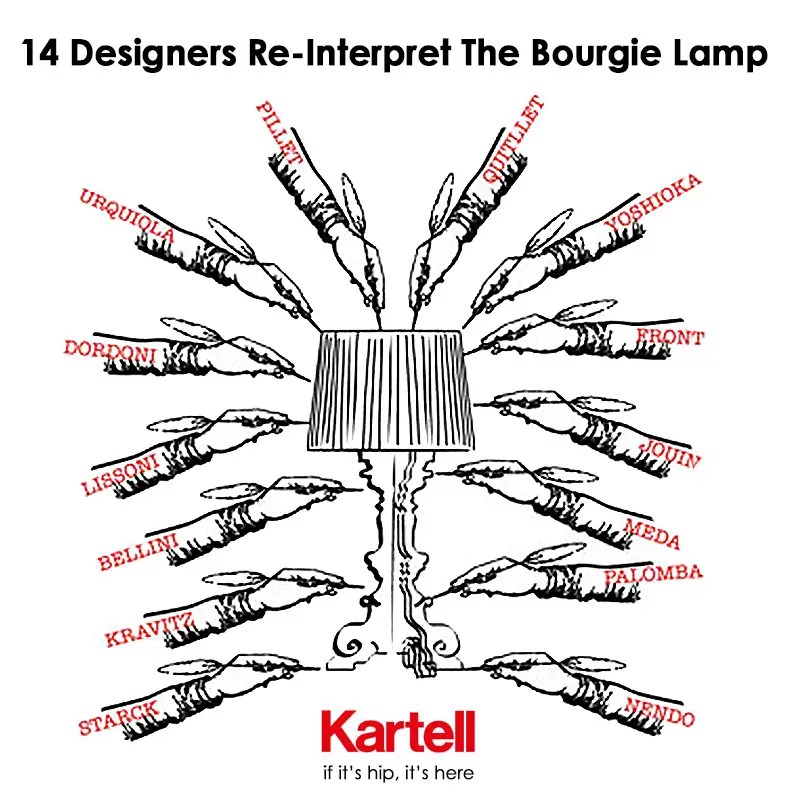 It’s been ten years since Kartell introduced Ferruccio Laviani’s Bourgie lamp to their collection. To celebrate the tenth anniversary, Kartell dreamt up a unique initiative for the January edition of Maison&Objet in Paris to celebrate the special occasion and invited 14 designers to re-imagine the now classic table lamp.

The Bourgie Lamp, in its first classic clear iteration of transparent polycarbonate, designed by Ferruccio Laviani in 2004: and the available colored, gold, silver and black versions from Kartell: 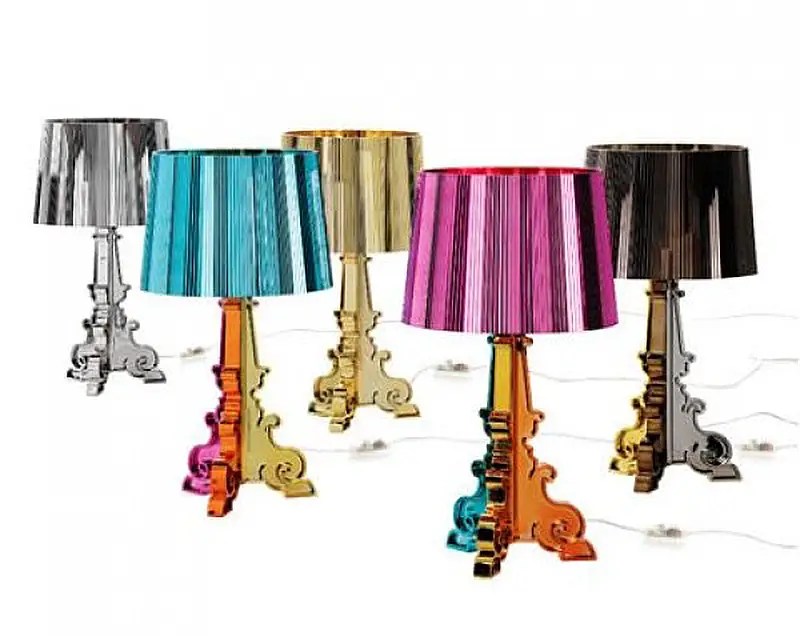 Wallpaper magazine reports that “The Milan-based designer, who has been working as Kartell’s in-house art director for over 20 years, designed the light in 2004 responding to the brief of creating ‘an important lamp’. Inspiration came from an old fixture sitting on his desk and a 1970s disco song by Ashford & Simpson repeating ‘Everybody wants to be bourgie bourgie’ in reference to the wannabe bourgeoisie. The result features the silhouette of a classic table lamp, rendered in what the Italian company does best: plastic. Transparent and tongue-in-cheek, the Bourgie represents an important time in the company’s history of experimentation with the material.”

The 14 unique pieces shown below will be part of a traveling exhibition all over the world with events taking place over the course of the year 2014. Next steps will be Milan, in April, on the occasion of Salone del Mobile and New York in May during ICFF. At the end of 2014 Kartell will organize an online auction for the sale of the unique pieces, of which the proceeds will go to charity. 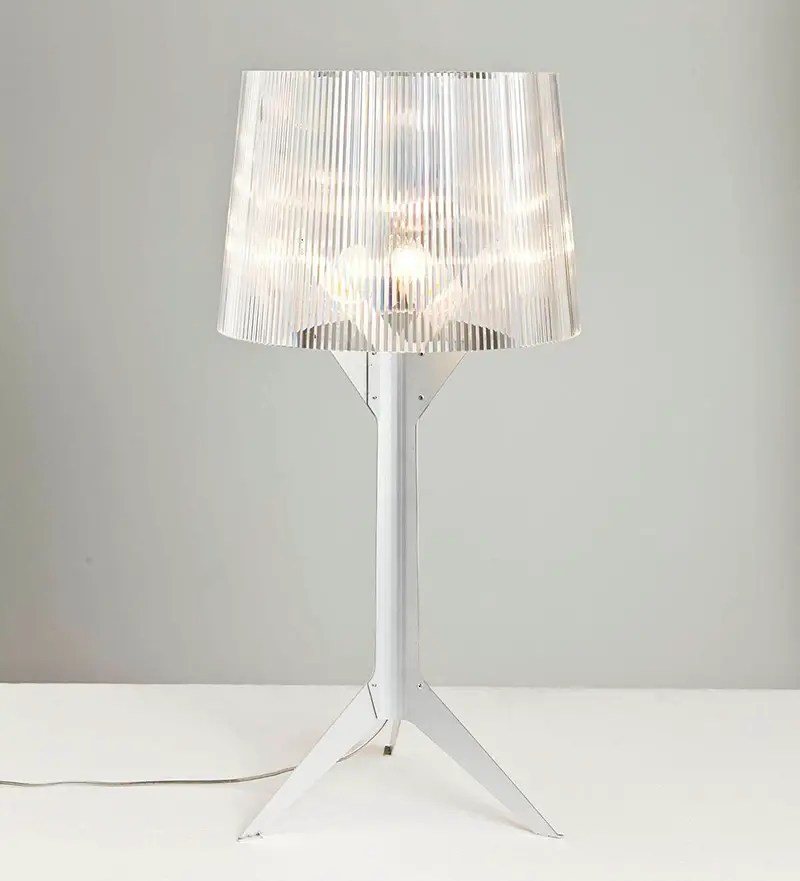 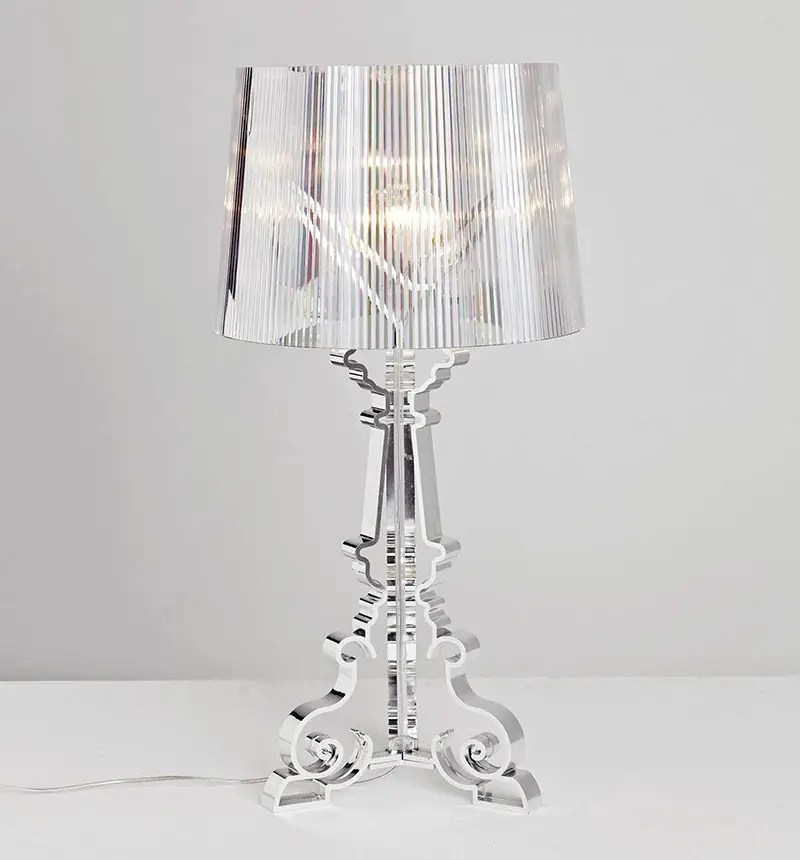 Eugeni Quitllet (made to emulate a birthday cake): 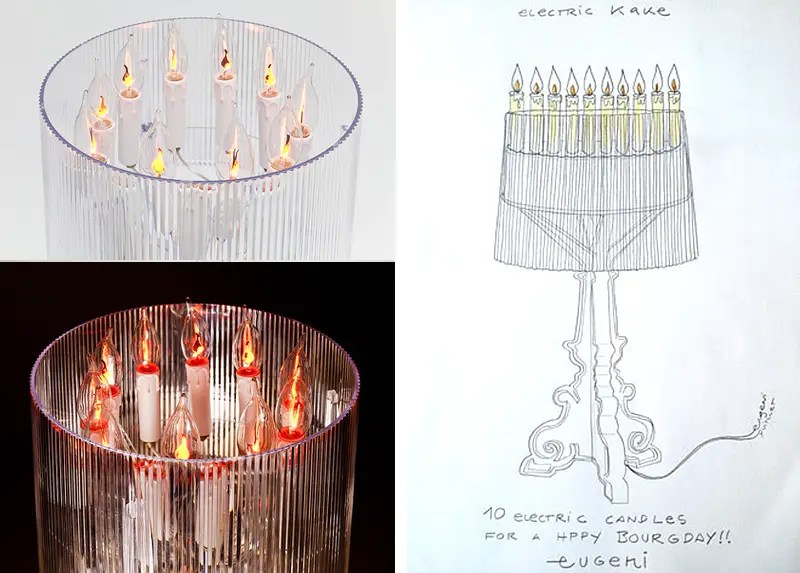 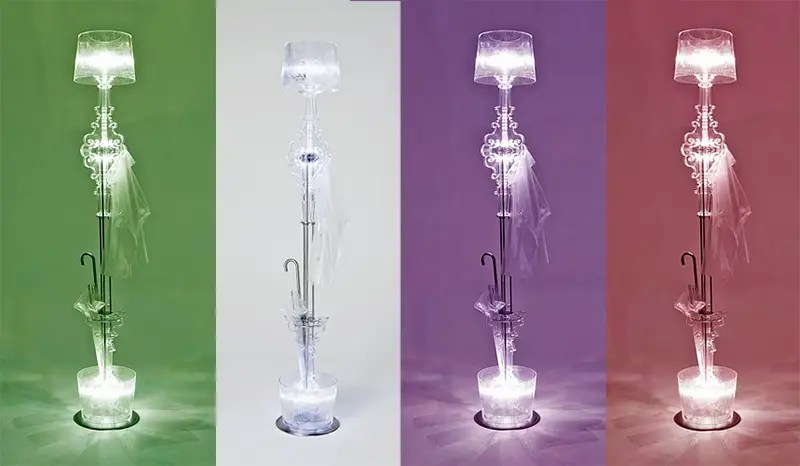 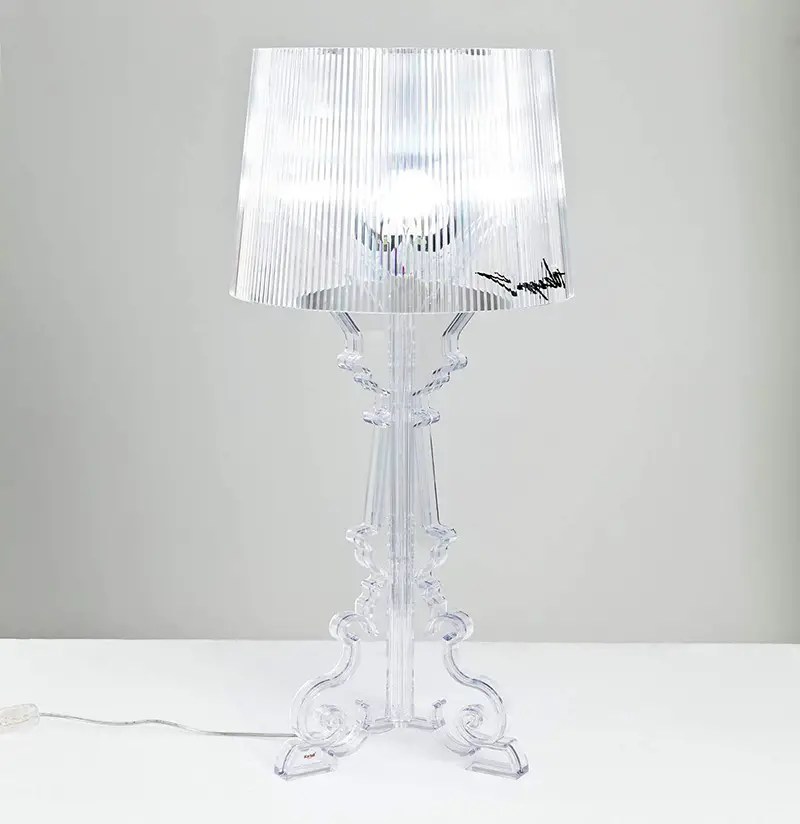 And lastly, Nendo (turned the negative space into a lamp): 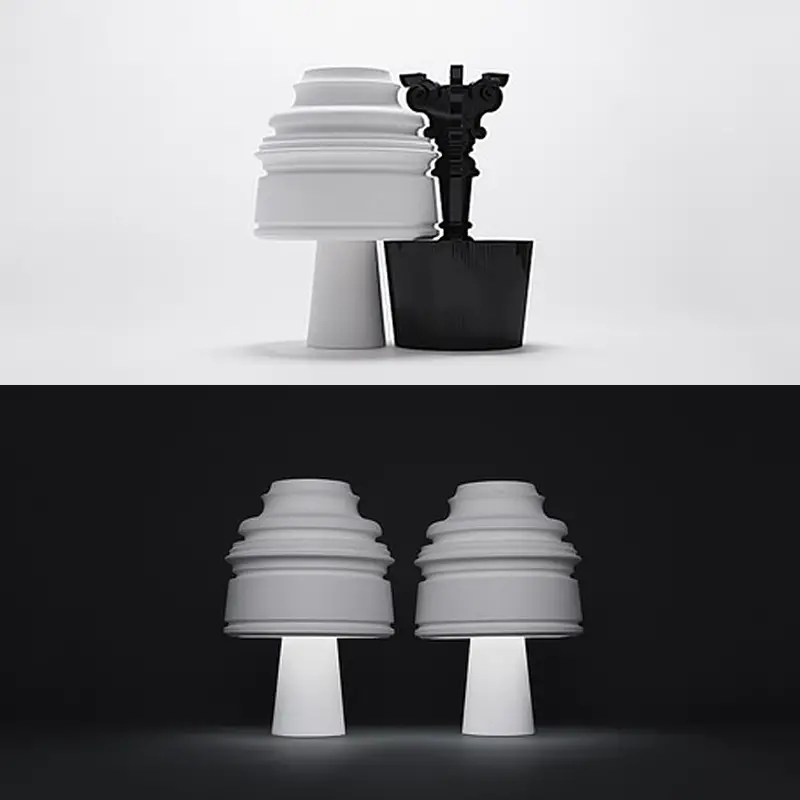 Images of the display in Paris: 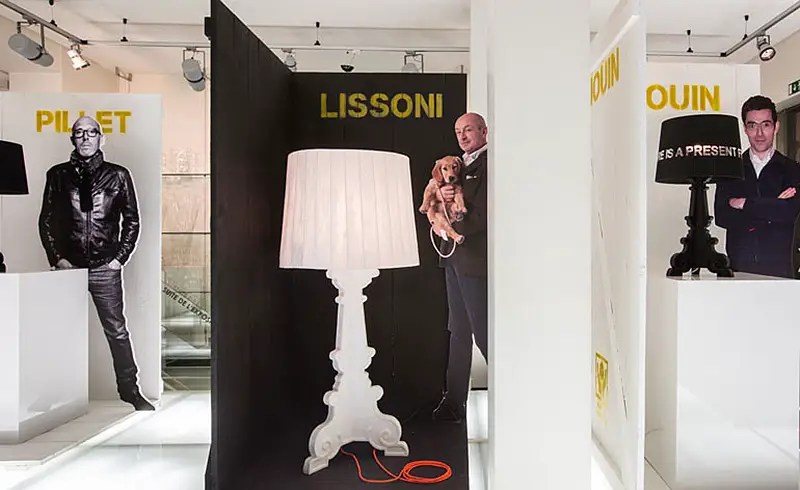 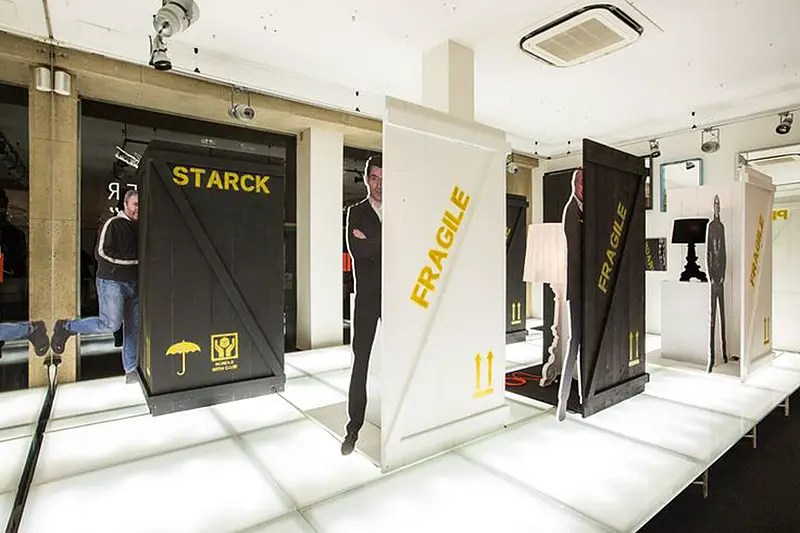 The 14 one-off designs are currently on display at Kartell’s Paris flagship store on Boulevard Saint-Germain, after which they will turn into a traveling exhibition for the rest of the year before being auctioned online.

Furniture With Maps Of Imaginary Cities by Josep Cerda